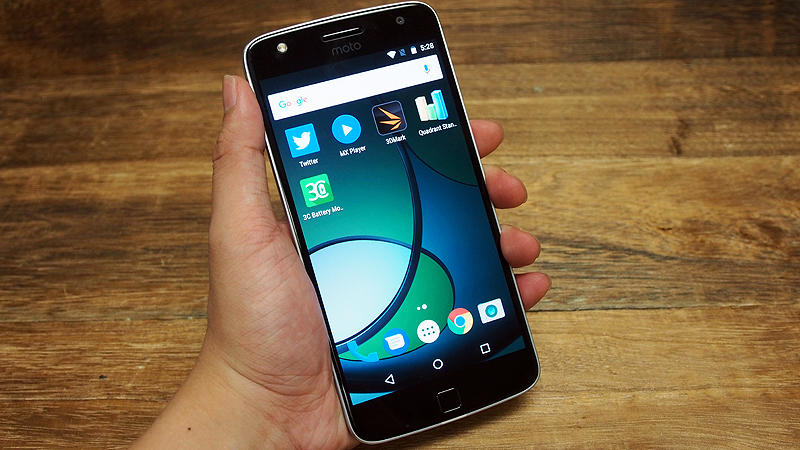 The Moto Z Play is the more affordable version of the flagship Moto Z modular smartphone. Like its premium counterpart, you can apply the same Moto Mods attachments to Z Play’s rear, and the S$699 phone gets a boost based on the current attachment’s properties. Inside is a mid-range Qualcomm Snapdragon 625 processor clocked at 2.0GHz, 3GB RAM, and 32GB internal storage with microSD support up to 2TB. Interestingly, the Moto Z Play has a significantly larger battery capacity at 3,510mAh (as compared to the Moto Z’s 2,600mAh capacity), in exchange for a thicker body (6.99mm versus the Moto Z’s 5.19mm).

The Moto Z Play is characterized as a mainstream alternative to its flagship model – the core functionalities and features are familiar, but it comes with a 3.5mm headphone jack that the Moto Z lacked. What remains to be seen is the Z Play’s value and worth as a mainstream smartphone in a competitive market segment, and as one of the first truly modular smartphones in Singapore that costs below S$700 before any add-ons. So let's find out! 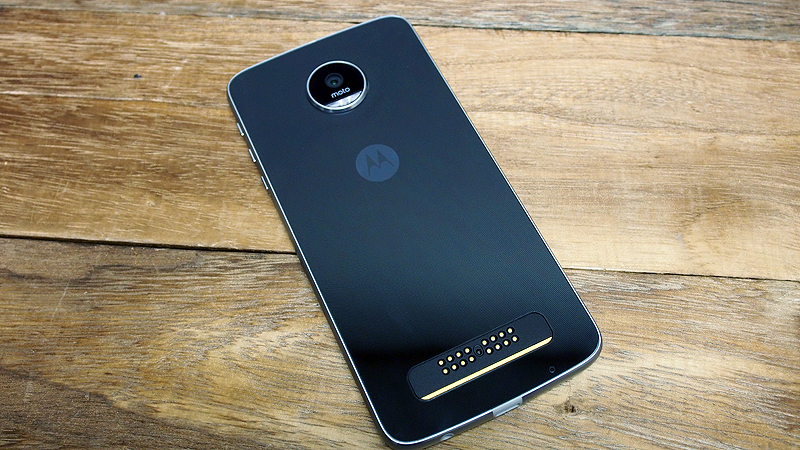 The design of the Moto Z Play sticks out in two ways. First, it’s aesthetically similar to the flagship Moto Z, which is great news for folks who value a premium appearance at a lower priced tier. They share the same aluminum frame, but the Moto Z Play uses a Gorilla Glass 4 back instead. Despite the difference in materials, the Z Play still exudes a refined look. 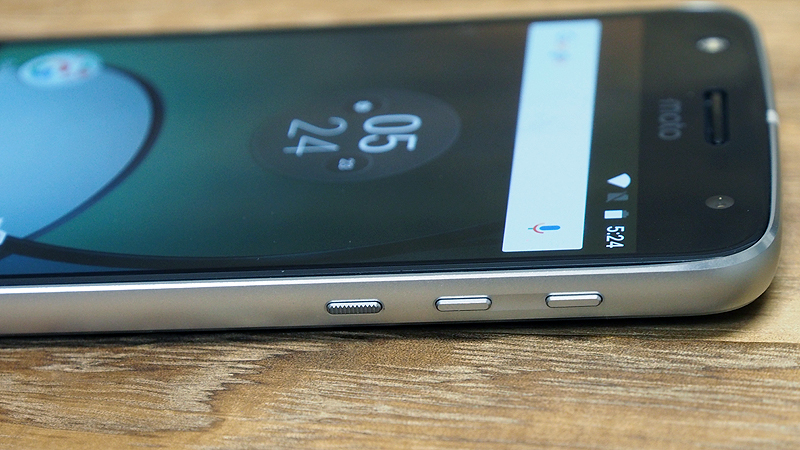 Secondly, the Moto Z Play is noticeably thicker than its flagship counterpart, but that's only relatively speaking. At 6.99mm, the Z Play is still considered thin, but it has just the right amount of girth that makes the phone feel sturdy in hand, but it lacks the grace of the Moto Z’s slim profile. However, the weight doesn't seem to be balanced perfectly and that’s because of the protruding rear camera housing. This phone is meant to be used with a Style Shell, and we would also recommend as such. 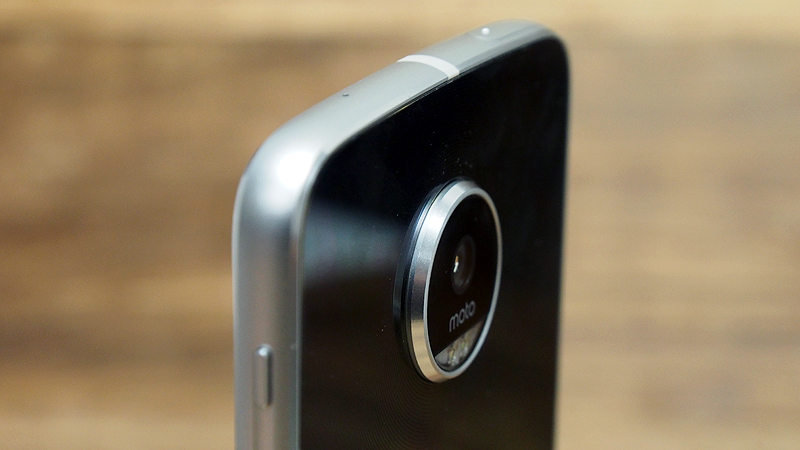 The top edge of the Z Play holds the tray for both SIM and SD cards, and the bottom has a USB Type-C port next to the 3.5mm audio port.  Like the Moto Z, the volume and power buttons are on its right profile, with the latter rocking tactile grooves to make the phone more user-friendly just by feeling the buttons. If you’re upgrading from an older mid-range smartphone, the Z Play certainly won’t disappoint in aesthetics and feel. 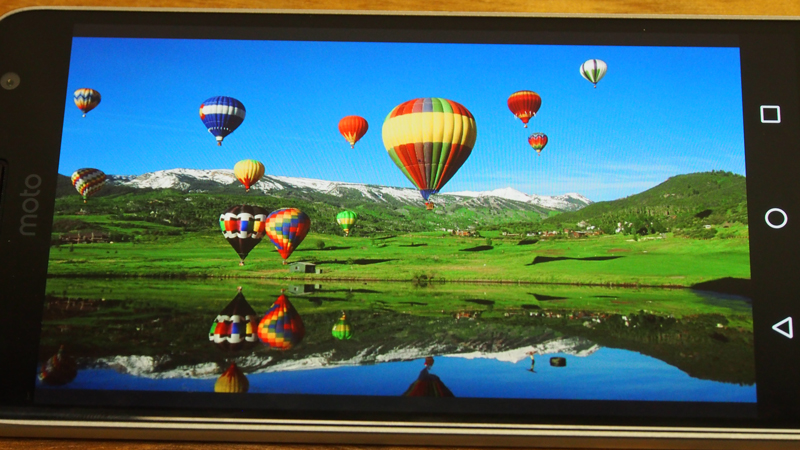 The Moto Z Play uses a Super AMOLED Full HD (1,920 x 1,080 pixels resolution) display that’s 5.5 inches across. It’s a lower resolution than the Moto Z’s Quad HD display, but that helps contribute to the impressive battery performance on the Z Play (see our Battery Life benchmark on the next page).

The display comes with Standard and Vibrant mode options, which can be adjusted as required in the Settings menu. The Vibrant mode was selected by default, and it gives the Z Play a warm color temperature that’s commonly found in Super AMOLED displays. It gave our test image a colorful spectrum, which the Standard mode could not achieve. That said, the display is sufficiently bright, making it pleasant for day-to-day use.

As mentioned in our Overview section earlier, the Z Play phone has a 3.5mm headphone port that the flagship Moto Z lacks. Unlike the iPhone, an Android OS smartphone without the 3.5mm port would likely be competing against other models that do offer it; so it's a good thing that the Z Play has an upper hand. The default phone speaker is relatively loud compared to most other smartphones in its price range, but is otherwise functional. It’s worth noting that audio comes from the same speaker that's used for incoming calls. 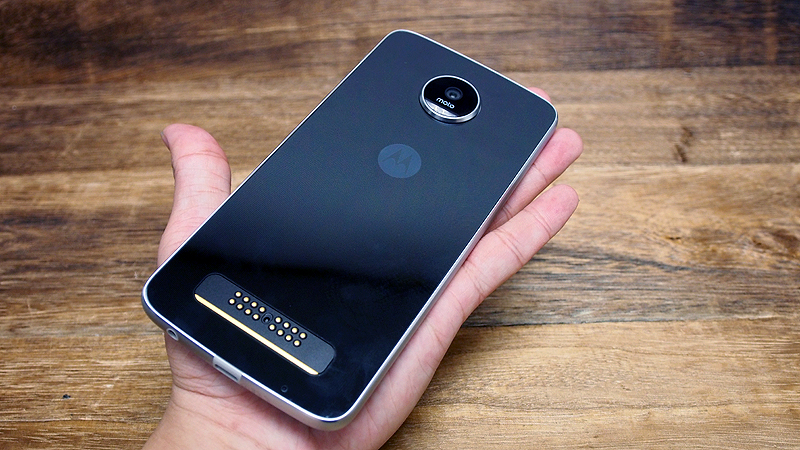 Like the flagship version, the Moto Z Play comes with Android 6.0 OS out of the box. The user experience isn’t very different from your typical Android 6.0 OS smartphone, nor does it differ from its flagship offering. 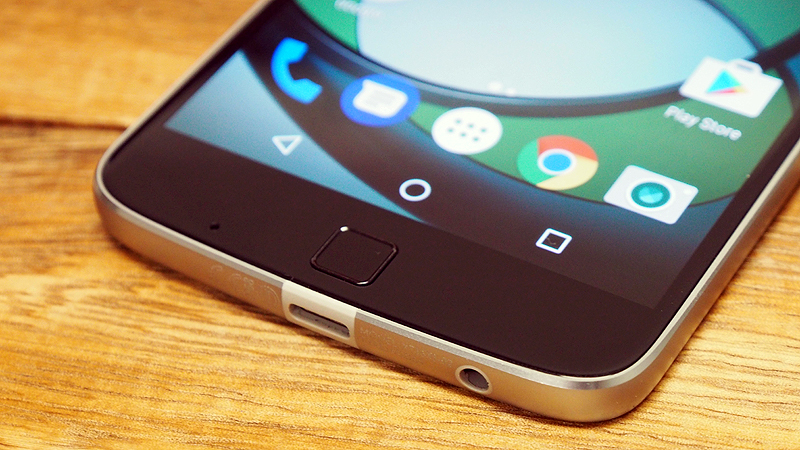 The fingerprint sensor on the Moto Z is the raised, square-shaped block below the smartphone’s screen. It’s easy to mistake it for a Home button of sorts, and it can get mildly annoying before getting accustomed to the phone. (“Why isn’t this button bringing me back to the main menu?”) Otherwise, the fingerprint sensor is responsive enough, and it's also not very different from the Moto Z’s fingerprint sensor, too. 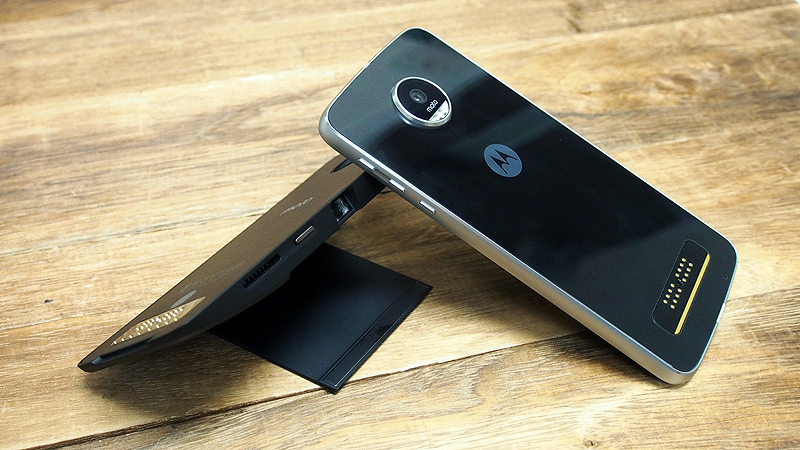 The key feature of the Moto Z Play is its compatibility with its proprietary modular attachments, dubbed Moto Mods. Since this mainstream smartphone uses the same 16-pin connector as found on the flagship Moto Z for the modules, the Moto Mods are effortlessly compatible with the Z Play as well.

As we've discussed about the each of the Moto Mod's functionality and practical worth in great detail in our Moto Z review, we'll not cover them again in this article. While Moto has new Moto Mods that are due for a 2017 release, the local Moto team has been quiet, with no new offers or bundles on the horizon at the point of publishing.

With the attachments in mind, users who are interested in dabbling modular-type smartphones do not have to necessarily shell out S$899 for the Moto Z phone itself. You can opt to spend S$699 on the Moto Z Play instead while channeling your remaining cash towards another Moto Mod. That said, we maintain that the Moto Mods are rather expensive for what they do. Until more attachments come along, or until Moto decides to bundle the Moto Mods with the phones (like how they do in other territories), the Moto Mods will still feel a little inaccessible to the average phone user despite its intentions.