Monster Hunter Stories 2: Wings of Ruin is a comfy departure for the franchise

Monster Hunter Stories 2: Wings of Ruin is a comfy departure for the franchise 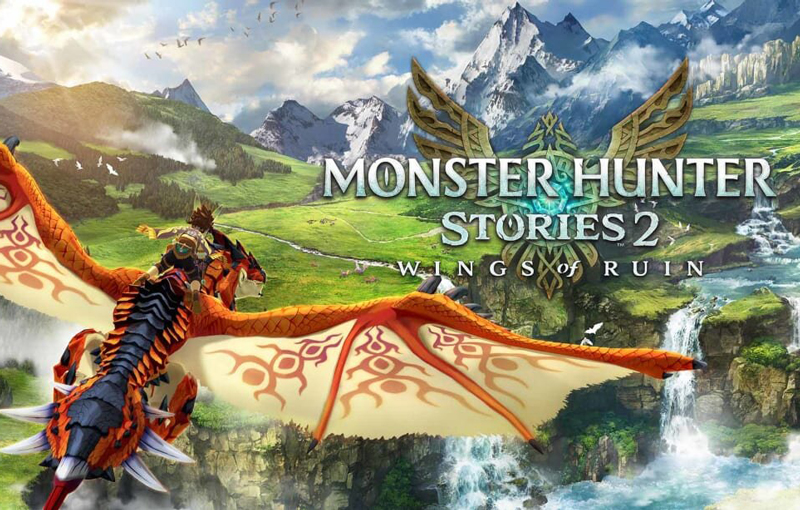 As long as you’re not a Dino Crisis fan, you can’t deny that Capcom has been treating its franchises pretty well lately. Resident Evil gets a new release every year at this point, and they’re (mostly) great. Monster Hunter fans were treated to Monster Hunter World and its expansion Iceborne a few years back, and then this year they got two new titles to sink their teeth into: Monster Hunter Rise and a sequel to Monster Hunter Stories, titled Wings of Ruin.

Wings of Ruin is a little different from the Monster Hunter games you’re probably used to - though it’s not a drastic departure. The game places a huge emphasis on its story, arguably to its detriment, and is less about killing monsters and more about collecting them Pokemon-style. That being said, it’s also a pretty great entry to the franchise for newcomers, and an equally fun treat for fans who want to experience a slightly different take on their favourite monsters. Let’s get into it. 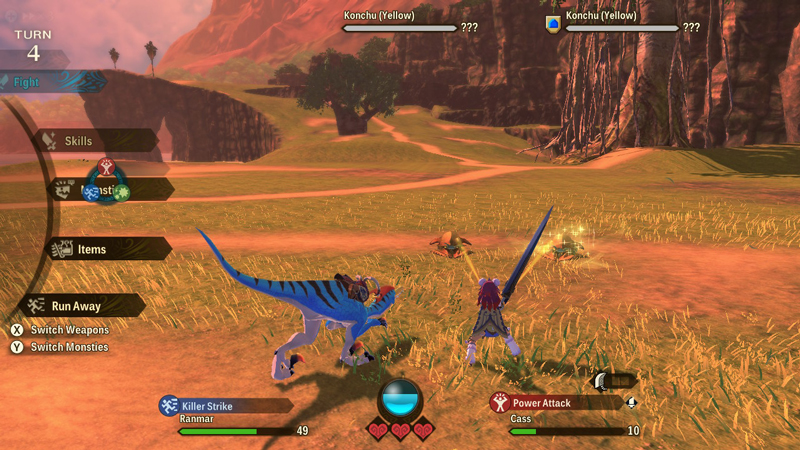 Releasing two Monster Hunter games so close to one another is a tricky proposition, but Monster Hunter Stories 2: Wings of Ruin is different enough from Rise to feel like it's not just more of the same in a new package. Instead of taking the role of a hunter, Wings of Ruin puts you in the boots of a rider. Riders have found a way to bond with their monster friends and fight alongside them, rather than skin them in the endless hunt for better gear. Picture How to Train your Dragon - the premise is basically the exact same.

I never played the first Monster Hunter Stories and got in the swing of things just fine, which goes to show how newcomer-friendly this story is. You play as the descendant of a well-known monster rider called Red, and have to live up to their legacy within a community of riders. Things heat up when the Rathalos monster mysteriously disappears, causing mass chaos and strange events to occur in the world, like monsters turning violent and attacking the populace of a small island.

As the story unfolds, you’ll have to figure out what caused the disappearance of Rathalos and the creation of these new angry monsters threatening everyone’s lives. It’s not…incredibly exciting stuff. In fact, it’s pretty bog-standard for a game like this, and it doesn’t help that the actual quests you're given don’t stray far from the ‘go there, kill that’ typical JRPG formula. What saves it are the surprisingly well-executed cutscenes. Visually, Monster Hunter Stories 2’s cutscenes remind me of The Legend of Zelda: Breath of the Wild, with pretty cel-shaded colours and interesting character designs. Characters are fully voice-acted too, which lends well to the cinematic style of this story. The player character is silent unfortunately, but I suppose you can’t have it all. 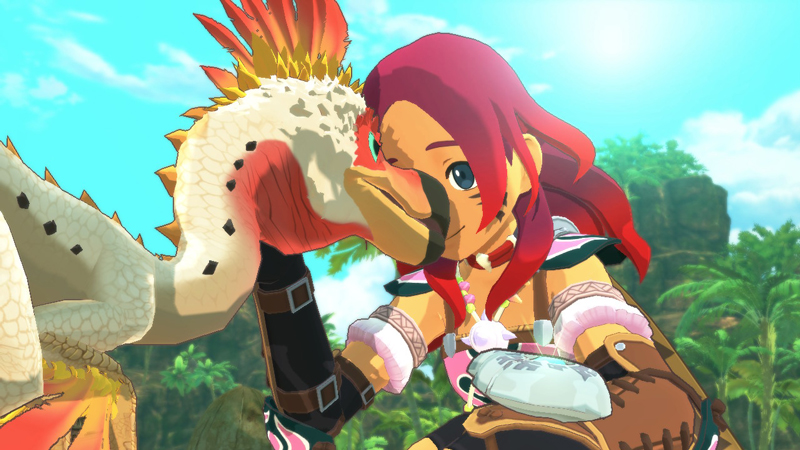 It won’t take long for the story to push you out into the world on the leathery back of a monster, and that’s where things really start to get exciting. The world Capcom has built here is not so grandiose as it is intimate - the early bits of the game have you exploring warm beaches and forests packed with foliage on a rather small island. I don’t mean that as a negative whatsoever. There’s a real cosy feeling in the visuals here, and how the game’s day-and-night cycle can bring familiar places to life in different ways - from the sun reflecting off shimmering water in the day or nighttime drenching everything in dark hues of blue. There's plenty of eye candy.

Unlike regular Monster Hunter games, Wings of Ruin ditches real-time combat for a turn-based system - and it’s not too complicated to figure out, either. You and your monster (as well as any buddies who happen to be tagging along) can all attack one after another against enemy monsters found in the wild. Battles are like an intense game of rock-paper-scissors. You have the option of power, technique and speed moves with bonuses or consequences depending on whether the enemy is weak to a specific type of move or has chosen the same type of move against you. As turns pass and you build up a meter, you’ll get to mount your partner during battle to execute devastating ‘Kinship Skill’ moves against your enemies. 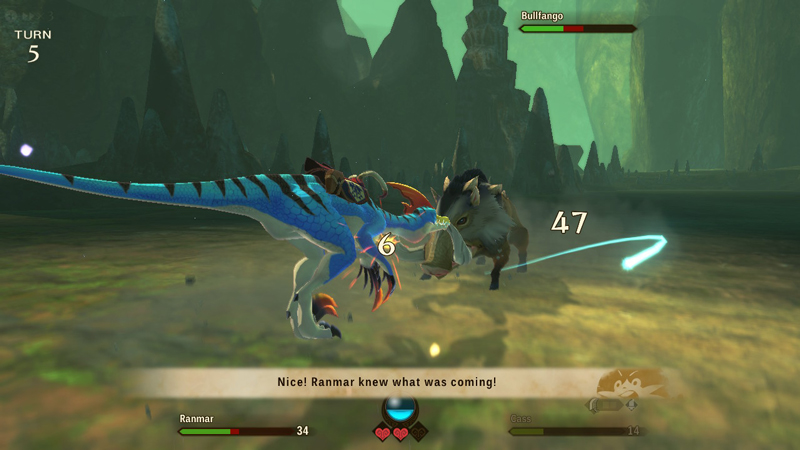 It’s a little simple, but these turn-based battles feel really fun thanks to the sheer amount of action pumped into them. From head-to-head clashes and monster-mounting to special moves and learning attack patterns, everything feels visually flashy and energetic, with the occasional QTE-style button prompts thrown in to keep you off-balance. You can always fast-forward through these fights as well when they start to feel repetitive, but suffice it to say, turn-based combat feels really good here.

Harkening back to its Monster Hunter roots, there are also options for customisation in combat. There are six different weapon types to pick from in a given battle, and all of them are typically switched out often to target monster parts for damage. You pick items to create new armour and weapons after battles, and things get more complicated when the game introduces a variety of elemental effects and resistances - so it’s not always a numbers game. This part of the game feels closest to how a Monster Hunter game typically plays.

Time to crack some eggs 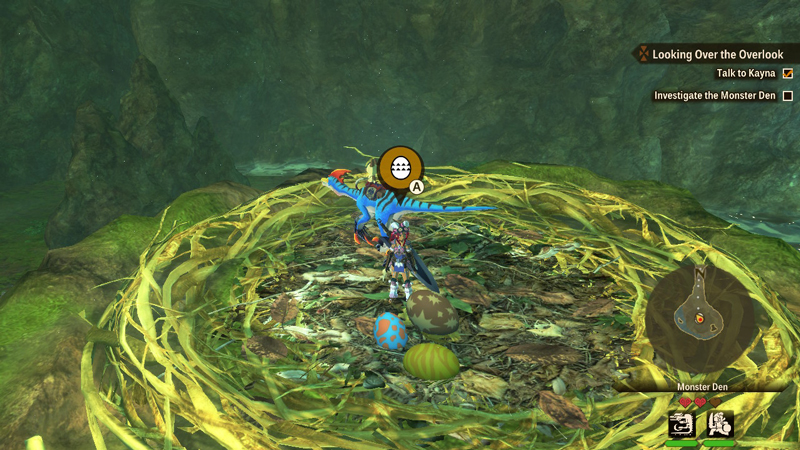 Wings of Ruin does a lot of things well, but it’s not without faults. A big chunk of the game will have you explore dungeons full of monsters to find a room with a nest of eggs. You steal these eggs and hatch them to gain new, more powerful monsters - and this is where the Pokemon-like hunt for the best monster comes into play. You’ll have to be careful rifling around a nest for an egg though, because at some point a powerful momma monster is going to interrupt your schemes.

What this means is that you’re not stuck with the same monster throughout the game. You can breed monsters with new and better abilities, level them up and even go egg-hunting for different species. The eggs themselves are randomised, so you’ll always feel a niggling temptation to check out a monster den when you happen upon it - just in case there’s an egg holding something worthwhile inside. Unfortunately, the actual act of navigating these dungeons becomes repetitive very quickly. Generally, you’ll always be travelling through a remixed version of the same collection of corridors and pathways again and again when visiting these dens. That’s something that doesn’t get more fun to do with time.

We also have to address a concern that comes with so many Switch games these days - the game's framerate. I played most of Monster Hunter Stories 2 in handheld mode and not docked, and boy did the Switch have trouble running this well. The second you boot up the game, you’re rolling a dice on the framerate - which either tanks or settles at an unstable 30fps in and out of cutscenes. It varies often, and that can hurt battles since they happen so often and with so much visual flair. 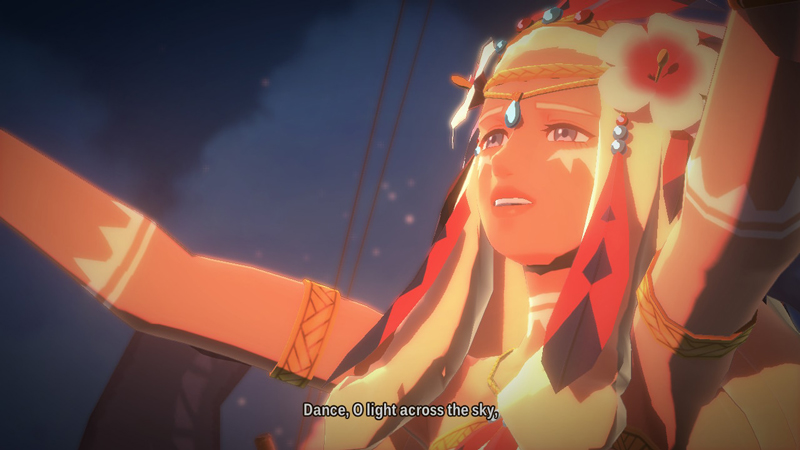 While Monster Hunter Stories 2’s unstable performance and repetitive exploration wore me down over time, I can’t deny the simple charms of its visuals and gameplay. Its turn-based combat is flashy and fun, and collecting monsters never gets old when you’re doing it on the backs of your monster friends. The weakest aspect of the game might actually be its story - a predictable string of JRPG tropes that doesn’t do much to engage you, even with its colourful characters and well-animated cutscenes. If you’re looking for a more casual commitment than Monster Hunter Rise or World, this will do nicely.

Write a Review
Compare This | Specifications
Solid customisation
Interesting battle system
Fun to ride around on monsters and explore
Great visuals
Exploring monster dens gets repetitive
Story is uninteresting
Lots of performance dips
Our articles may contain affiliate links. If you buy through these links, we may earn a small commission.
Sponsored Links