Microsoft Universal Mobile Keyboard: Functional, but awkward to use

Similar to the Wedge Mobile, but yet different

Mobile or portable keyboards are a good example of something that was once something of a niche but is rapidly becoming something that most people must have as smartphones and tablets become more powerful. Still, mobile keyboards have a rather unenviable task of being big enough to be comfortable to use, yet not be too cumbersome that it's not really 'mobile' anymore.

Microsoft's Surface Type Cover (used in their Surface 2 and Surface Pro 3 products) is an example of how portable keyboards should be. It's sleek, responsive and comfortable to use, with adequate button size that makes typing a breeze yet still being compact enough to carry around. Taking those lessons, Microsoft has translated some of it into the Wedge Mobile and its recently launched brother, the Universal Mobile Keyboard.

Both have the same rubbery cover, similar key sizes (except for the left and right arrows) and both can be used with mobile devices. With the exception of the shortcut keys on the Universal Mobile Keyboard (abbreviate to UMK henceforth), the size (the UMK is 242 x 109mm while the Wedge is 256 x 101mm) and the bendable cover of the Wedge Keyboard, both look similar enough visually that it can be hard to tell them apart.

Don’t judge a book (or keyboard) by its cover

First impressions definitely count and the UMK scored highly with us on that. The keyboard is covered with a sleek non-slip cover that fully protects the keys, similar to that of the Wedge keyboard. If closed, you won’t even know it’s a keyboard. 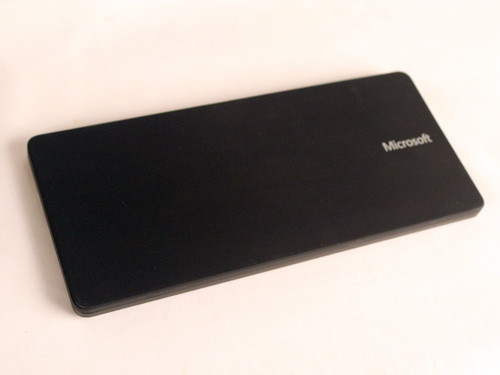 It keeps the keys nice and protected but like we mentioned in our Wedge feature, the cover easily gets dirty due to its finishing material used. The cover also doubles as a stand, with a slot to slip your phone or tablet in so that it stays in place. The cover is excellent by design functionality as it is detachable (again similar to the Wedge) from the keyboard and can stand alone by itself; when required, the cover snaps in place with the keyboard through magnetic attraction. Unlike the Wedge, the cover this time round is not bendable so you're stuck with the standard viewing angle. 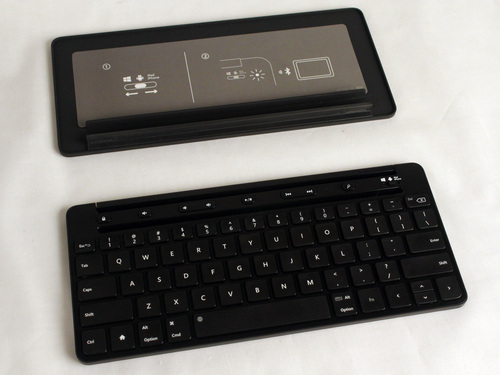 The keyboard can be used in conjunction with pretty much anything using Bluetooth connectiivty. You choose what OS (Windows, iOS or Android) you're using via a nifty little toggle on the device for best compatibility and then you just need it to pair with your intended device of use. 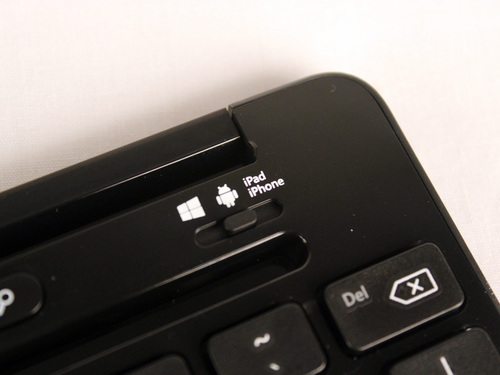 It can also be used on the Sony Playstation 4 console, although you have to set it to Android mode. If the toggle's on Windows or iOS mode, it won't be detected so do take note of that. 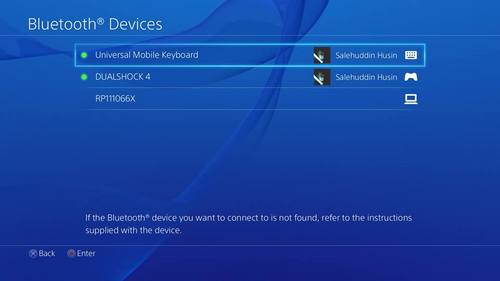 Too big, yet too small

The issue stems from the keyboard’s size (242 x 109 x 12mm). While it’s small when compared to a regular keyboard, it’s still too unwieldy to use it on the go, especially since the stand for your device is fixed at a single position. So unless you have a flat surface to place the stand upon, it’s pretty awkward to use. Unlike its older brother, the Wedge, the fixed cover position of the UMK means that you only get a limited viewing angle with your device when it's not at an optimum distance or height with your eyes. While there is a bit of give and take, unless you're viewing your device head on with adequate space and height, chances are you'll not be satisfied with the view.

On its own, the keyboard isn’t too bad if you’re holding it with both hands. Then again, if you do that while you're on the move, how are you going to hold your phone or tablet? There's no clamp or anything to hold your tablet or phone in place so if somebody bumps into you or hits the cover, your device will likely fall off. 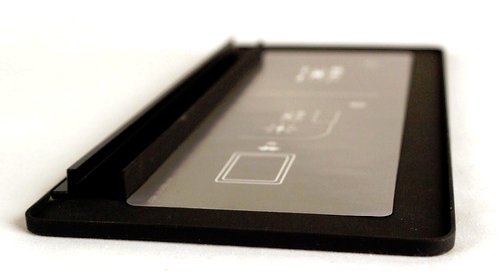 In an office environment, with a surface to lay it all out on, the UMK performs much better. The keyboard is comfortable to use despite its diminutive nature, although there are a few issues (detailed below) that mar the experience somewhat. On the plus side though, the shortcuts buttons (placed conveniently near the top of the keyboard) are great. There’s a Lock button (which locks your phone or tablet obviously from nosy people), a Mute, Volume (for raising and lowering volume), Play, Forward, Back and lastly a Browser button. We found the Lock button the most useful as we don’t need to manually hit the power button on our tedt device to lock it.

There’s also the battery life aspect. Microsoft claims that on a full charge, it can last up to 6 months. We haven’t had the UMK for that long but we haven’t charged it yet since the initial charge we received it some days back. So while we can’t disprove (or prove) that it lasts six months on a single charge at this point of time, the battery does seem to last a while.

It's not all rosy with the keyboard though. There are some downsides to the UMK, mostly pertaining to the chiclet keys primarily. We’ve found that key presses don’t register unless you really hit the key all the way through. It’s most problematic with the space bar. It won’t recognize key presses on either side of the long key apart from the middle area.  Yet another issue we have with the keyboard is the size of some of the keys as they are not of the same size - some of the numbers and miscellaneous keys are about half the size of the main alphabet based keys. The Up and Down arrow keys are the worst of the lot, which are even smaller than the numbered keys. Hitting them is especially problematic, no matter how you’re holding the keyboard (be it in your hands or lying it on a surface) unless you have very agile, tiny fingers. 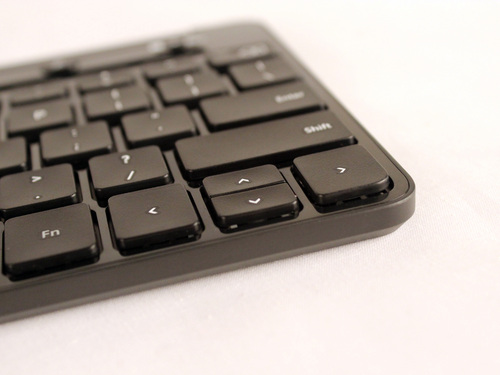 In the end, despite its positive initial impression, the UMK fails to impress, especially at its S$99 price tag. The key response is iffy and the size makes it unusable unless you have a surface to set it on. Even then, the uneven sizes of the keys makes it somewhat cumbersome to type. While it does perform its core job, if you’re reliant on it too much  on the go, you’re better off using a Surface or buying a laptop altogether. We'd even suggest the bulkier Wedge keyboard, since despite its bigger size, the adjustable stand makes it a better deal. Sure, it's not universal so Apple users are out of luck, but it's just better.

Write a Review
Compare This | Specifications
Detachable cover
Can be used with a wide range of devices
Shortcut keys are convenient
Long battery life
Awkward to use
Key sizes are uneven
Key press detection is not very responsive
Stand not adjustable
Our articles may contain affiliate links. If you buy through these links, we may earn a small commission.
Sponsored Links