Let's talk about the two halves of this game 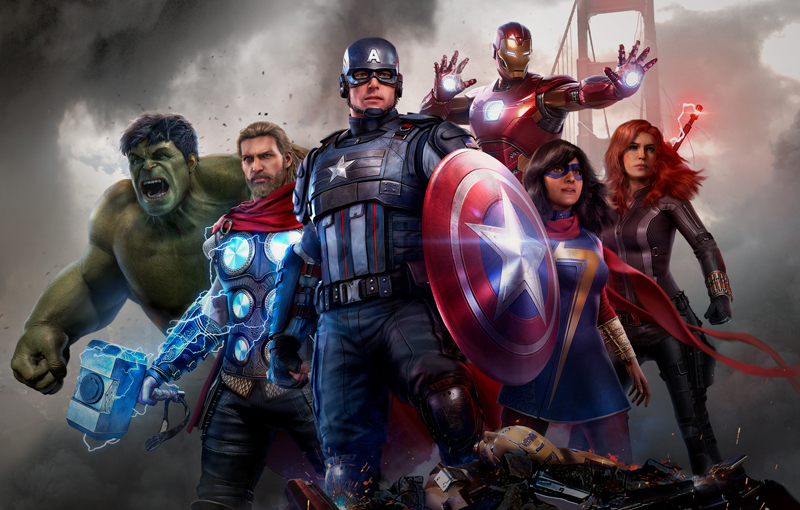 This game should not have been released in this state.

Marvel’s Avengers joins a frustratingly long list of broken Triple-A ‘live-service’ videogames, pushed out by developers with promises to fix bugs and add more playable content in the years to come. We’ve seen this before with Fallout 76, and it happened again with Ghost Recon: Breakpoint. Now, the loop begins anew with this superhero game from Square Enix and Crystal Dynamics.

Don’t get me wrong - I really wanted to like this game. It’s packed full of easter eggs for every kind of Marvel fan, and translates these heroes’ abilities to gameplay in pretty spectacular form. Its combat and main story actually deliver some of my favourite moments in superhero games to date - but that’s when the game is actually functioning.

Most of the time, I’d be lucky to complete a mission without the whole damn thing crashing on me. 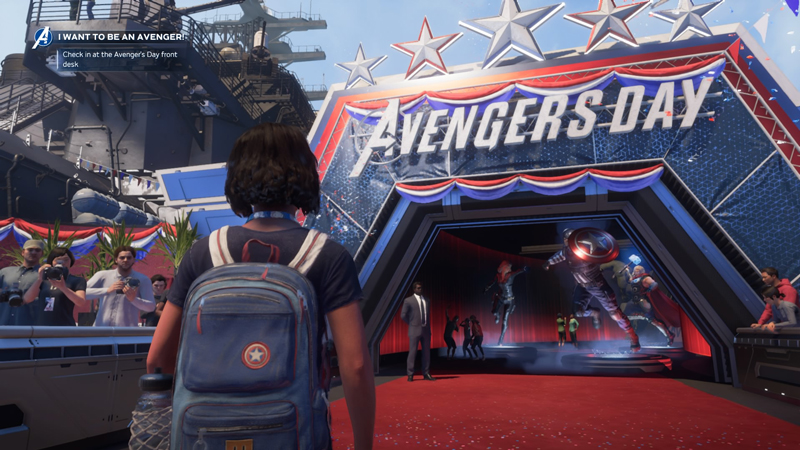 Marvel’s Avengers comes in two halves - the single-player story campaign and loot-driven multiplayer endgame. Developer Crystal Dynamics clearly wanted to make a superhero game that people could play for years by mashing these two things together, but the result is a bit of a mess. Let’s talk about the story first.

The game kicks off with A-Day, where the Avengers celebrate the opening of their second headquarters in San Francisco. Things go awry when their helicarrier explodes, killing Captain America and unleashing Terrigen mist onto the city. This mist turns a portion of the city’s population into Inhumans, and the Avengers take the blame for it. The superhero team retires in disgrace, and the story picks up again five years later.

After a science-based organisation named A.I.M. takes control of the city’s safety, a teenage Inhuman named Kamala Khan finds new information on the events of A-Day that might exonerate the Avengers. Armed with super-stretchy limbs and a highly valuable thumbdrive, she sets out to reassemble the Avengers. This leads into a roughly 12-14 hour story campaign where you watch the team slowly piece themselves back together. 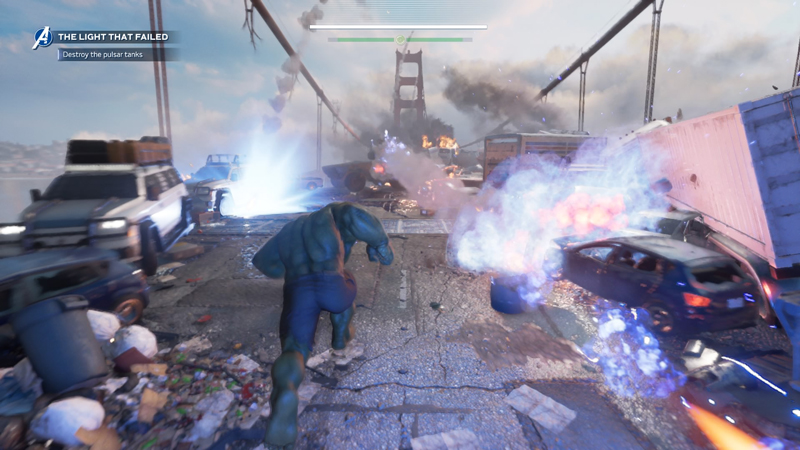 Honestly, Avengers’ story campaign actually lived up to the hype. It constantly doles out epic action and blockbuster setpieces with Uncharted-like finesse, in a wide range of environments using Avengers that feel distinctly powerful in their own ways. Gameplay varies from having the Avengers do simple tasks like gathering narrative MacGuffins to engaging in epic boss battles and chase sequences, and all of it is exciting enough to keep you glued to the controller for hours on end.

Kamala Khan (AKA Ms. Marvel) was already a favourite of mine from her comics, and I sincerely doubt anyone’s walking away from this story without loving her too. Her relationship with each Avenger - Bruce Banner especially - brings out some really fun character dynamics in the team. She’s the heart of this game, and that is absolutely necessary - because the actual Avengers fall short by comparison.

We’re introduced to each Avenger as they rejoin the team, in a couple of really cool missions designed to showcase each Avenger’s skillset. While we get to see plenty of Iron Man, the Hulk and Captain America, Black Widow and Thor are so absent in the story that I question their inclusion. Widow barely has a chance to make an impact in her short amount of screentime, and Thor just pops into the story with no introduction at all. It’s really strange that I came away from this game caring more about Ms. Marvel than any of the titular Avengers. 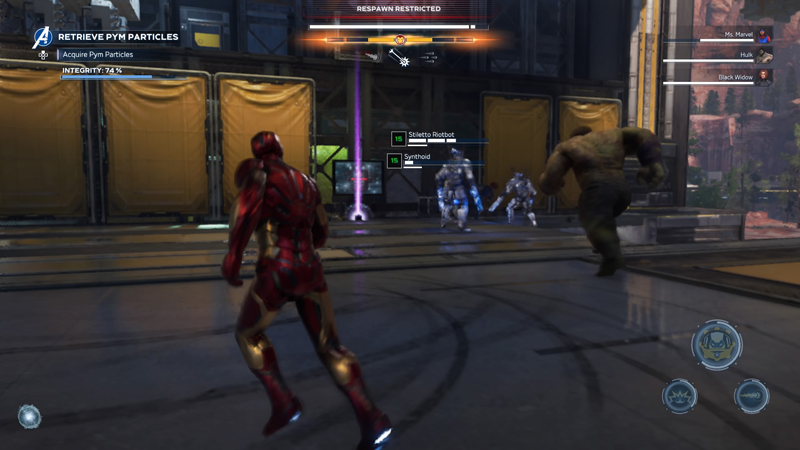 Alright, let’s talk about live-service games for a second. As more and more multiplayer games crop up in the market, developers have become hellbent on retaining as large a playerbase as possible, for as long as possible - so more people spend money on their games in the long-term. Sometimes, it’s not as insulting as it sounds. Overwatch, Fortnite and Warframe follow this formula, adding on great content over time with non-intrusive microtransactions. And then you have cases like Star Wars Battlefront 2’s.

Marvel’s Avengers is a live-service game and unfortunately, it fits in the latter category. The story campaign serves as an introduction to the game’s core gameplay loop. You learn about character abilities, mission design, upgrading resources and loot - and then you take all that knowledge into the endgame. The idea here is that you take all your levelled up Avengers into endgame missions and spend the next few weeks maxing their Power Levels out, which is determined by loot.

Games like Warframe and Destiny 2 thrive on making players grind for better loot ad infinitum, but Marvel’s Avengers has dropped the ball in a couple key ways here. First off, this loot system is terribly dull. In Warframe, you grind for new loot that gives your characters special abilities and bonuses that feel deeply impactful to gameplay. In Marvel’s Avengers, it’s a boring numbers game. You see something with a higher Power Level? Just equip it, and throw your old loot away. Tada, it’s that simple! Now go do that a billion times over the next 30 hours. 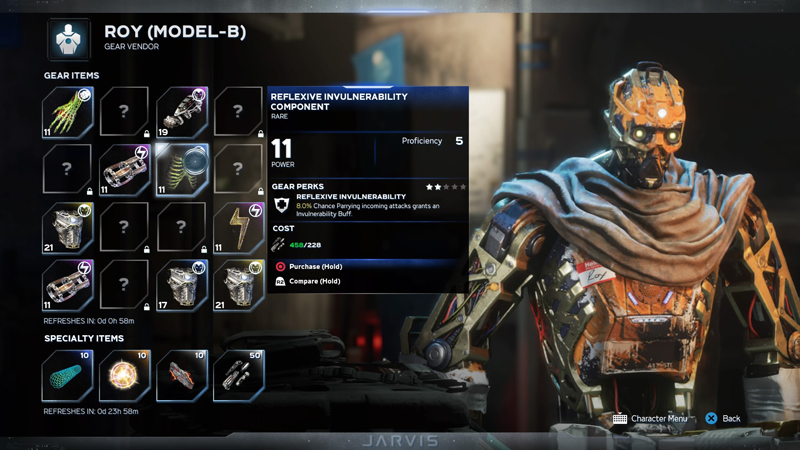 Grinding for loot feels boring, because it simply doesn’t matter until loot starts dropping at Power Level 130 or above. That’s when stat buffs actually start to matter, but it’ll take you far too long to get there. Instead of tying loot and impactful abilities together like other games do, Marvel’s Avengers separates them. Now, all the abilities you need to make character builds go in each Avenger’s skill tree - and to be fair, they’re pretty amazing.

Early on, I despised using characters like Thor and Iron Man, right until I unlocked powerful abilities that really opened up their potential in combat. These skill trees can change everything, but their removal from the loot game makes it feel tacked on. Honestly, why should I care about bumping up my heroes’ power level by a few digits? The only reward you get is access to level-gated endgame missions. Those missions aren’t even fun enough to look forward to, but we’ll get to that in a bit.

I have no doubt in my mind that an Anthem 3.0-like overhaul is coming for this game’s loot system in the far-flung future. Currently however, it just feels like an excuse for Crystal Dynamics to keep people playing for years on end. And why should they? For the high-priced microtransactions, of course. Player matchmaking might be completely broken right now, but you can hop on and buy character skins with no problem. Priorities!

Write a Review
Compare This | Specifications
Kamala Khan is a great lead for the story campaign
Playing as the Avengers feels fantastic
Upgrading each Avenger's abilities feels rewarding
The loot game is boring and grindy
Mission design is extremely repetitive
Horrifying amount of bugs, glitches and other technical issues
Certain Avengers are outright ignored in the story
Our articles may contain affiliate links. If you buy through these links, we may earn a small commission.
Sponsored Links