Marvel's Guardians of the Galaxy review: An action-adventure masterpiece with attitude in spades

It's hilariously hard to put down

Note: This review was first published on 15 November 2021. 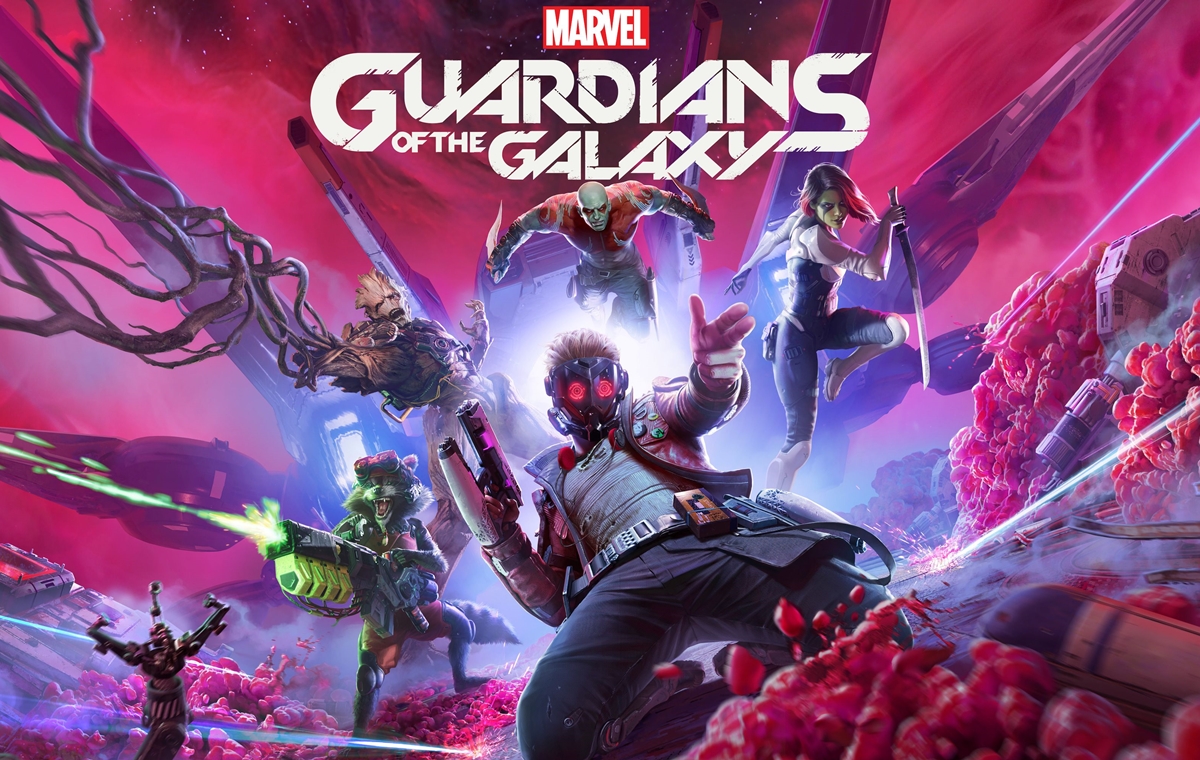 Flashy, exciting and side-splittingly hilarious every step of the way - it's fair to say that Marvel's Guardians of the Galaxy isn't merely an action-adventure game. As a matter of fact, I think it's an absolute work of art, and since we're on the topic, I won't be surprised if this ends up making the list for Game of the Year at The Game Awards this December.

As a general rule, 2021 has indeed been an interesting year with regard to game releases. We've seen critical consensus on both ends of the spectrum - there were many titles that defied our initial expectations, in both the positive sense, like It Takes Two, and the negative...well, you'll find out in a week or so. Fortunately, GotG lands squarely in the former category, which is certainly impressive considering Square Enix's first attempt at a Marvel title left much to be desired.

All aboard the Milano With that, let's jump right in with everyone's favourite group of space mercenaries, and we highly recommend preparing a snack too, because you'll probably be here a while once you get into the groove. In GotG, you'll join the titular group as they attempt to pay off a hilariously large trespassing fine, take down a mysterious cult and discover how a space llama factors into the equation all at the same time.

So, yes - it's going to be a crazy ride, but I'd hate it if it were anything but. To start with, I wasn't exactly a huge fan of GotG, though I will admit I liked the aesthetics right from the get-go. I still do, of course, so the only difference in my outlook from before I started playing is that I'm going to find it really hard to go back to Chris Pratt's version of Star Lord. After all, if you put aside the fancy blasters, surreal alien environments and surprisingly engaging narrative, the voice cast has really done a bang-up job breathing life into their respective characters. Whether it's Rocket's cynical-as-heck attitude, Drax's muscle-headed statements or Gamora's subsequent face-palming at both of them, there's that slice-of-life aspect to the game that you don't often see in other titles, and when coupled with the nonstop banter, it really makes you feel like you're a part of the Guardians too.

Still, I think I should go over the aesthetics a little more, and in short, it's not so much the sci-fi designs of the characters or the environments that really impressed me - it's actually the designers' application of various colour contrasts. From the signature azure and gold suits of the Nova Corps, to the aforementioned orange-and-blue space llama and even the pink highlights on Star Lord's predominantly white blasters, you can tell the colour choices are made with the sole intention of being flashy, and that's fundamentally what the Guardians are all about in the first place - saving the day, and looking damn good doing it. Unlike Tales of Arise where you can switch between different party members on a whim depending on the situation, in GotG it seems you'll only be able to play as Star Lord. Yeah, it's a little unfortunate that you can't slice and dice opponents as Gamora or Drax, and I guess I do feel a little shortchanged in this regard. However, if you thought that having to play as Star Lord means that gameplay will be simple and monotonous, you'd be dead wrong.

In exchange for only being able to play as one character, the developers have well and truly put you in the "pilot's seat". On top of being able to use Star Lord's own twin blasters (and their associated Elemental abilities), you will also be able to coordinate the other Guardians' abilities to control the tide and flow of battle. Going up against a fast, agile enemy? Pin it down with Groot's Entangle. Need to stagger a shielded opponent? Get Drax to knock them down a few pegs. Much like the aforementioned Tales of Arise, you'll be able to issue all of these commands to your team using a stop-motion interface, and you can even adjust the extent of the slowdown at any time (in the game's setting) to make it easier or more challenging for yourself. Combine all of these with Star Lord's own fast-paced gunplay and potentially absurd firepower, and what you've got is a battle formula that's amazingly versatile and easy to grasp. Yet, the relative simplicity of the combat system is also its biggest potential flaw. After all, GotG's endgame utilises the "New Game Plus" tactic - allowing you to replay the story at more intense difficulties and keeping all of your currently unlocked skills. But while this certainly keeps the game feeling somewhat playable by amping up the challenge, combat itself generally remains the same, and as such those who are already starting to tire of doing so will not have much of an incentive to continue playing here.

Unfortunately, starting New Game Plus also means that you will have to re-do all of the puzzling and platforming from the first playthrough, although being able to make different dialogue choices (and thus initiate different encounters) is a decent consolation. In fact, I quite like that picking different dialogue can cause your playthrough to be vastly different - there are cases where picking one line would result in the Guardians having to fight their way out of a tight spot, while selecting the other line would have let them stroll along uninterrupted. Speaking of dialogue choices, what happens when everyone's out of commission and the chips are seemingly down? That's when you as Star Lord need to step up to the plate as the leader and call a Huddle. Arguably the most interesting addition to the game in terms of combat, calling a Huddle brings in all team members for a short "pep talk" of sorts. By selected the appropriate dialogue based on highlighted keywords and points raised by your exhausted team, Star Lord can effectively revive everyone at full strength with a temporary damage bonus. And as the cherry on top we never knew we wanted, you'll even have the luxury of having 80s hits like Europe's The Final Countdown playing in the background while you dish out the hurt.

As an added note, you're even able to play all of these tracks on the Milano at your leisure, without having to complete challenges or fork out credits in order to unlock them. It's a nice quality of life feature to slide in, and of course, who can resist playing Rick Astley's Never Gonna Give You Up if given the choice, eh?

Amazingly fun through and through In all honesty, I didn't think I'd end up liking this game as much as I currently do. Between its impressive aesthetics, character presentation, absolutely-on-point soundtrack, and of course a surprisingly fun and fluid combat system, I feel Marvel's Guardians of the Galaxy sets a new gold standard for superhero games. Admittedly, there is the consideration that the combat system might end up feeling a little too simplistic for some players, but at the very least, you will probably enjoy your initial playthrough - a lot. Paired with the overall light-heartedness of the Guardians' interactions and the hilariously inane stuff that happens along the way, it makes for an experience that's terribly hard not to love, so make no mistake - this one's for keeps.

Write a Review
Compare This | Specifications
Excellent aesthetics and presentation across the board
Combat is surprisingly fast-paced, dynamic and versatile
Good balance of fights, platforming and puzzling
That soundtrack is absolutely lit
I am Groot
Combat experience can plateau after a while
You can only play as Star Lord
I am Groot
Our articles may contain affiliate links. If you buy through these links, we may earn a small commission.
Sponsored Links