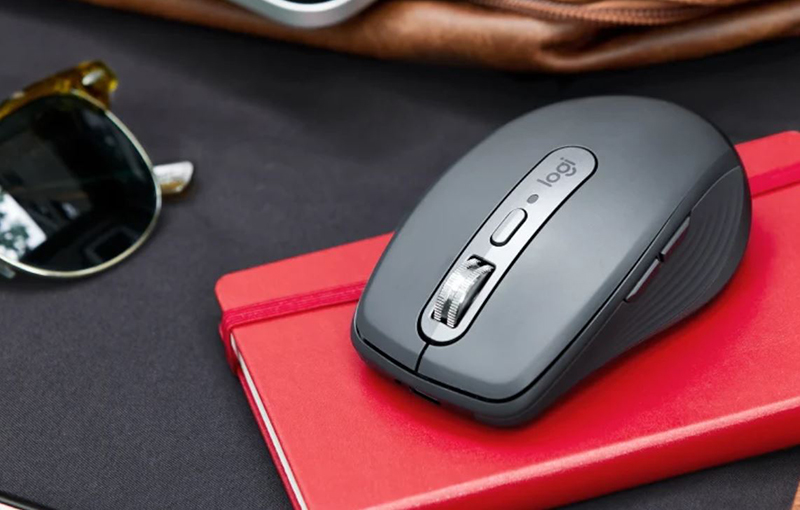 The Logitech MX Anywhere 3 is a compact, travel-friendly mouse for anyone who needs a productivity workhorse for the road. While the excellent MX Master 3 is better-suited to those who don't see themselves moving around much, the MX Anywhere 3 crams an admirable lot into a diminutive package that stows away neatly in even the smallest of bags.

The 4,000DPI Darkfield laser sensor can track on any surface, even glass, so the MX Anywhere 3 is truly designed to follow you wherever you might go. This is really useful when travelling, especially when it comes to the glass tables of many hotel and conference rooms. This feels like a tough little rodent too, and build quality is exceedingly solid. The silicone side grips provide nice purchase, and this is accented by ribbed protrusions that provide additional grip. 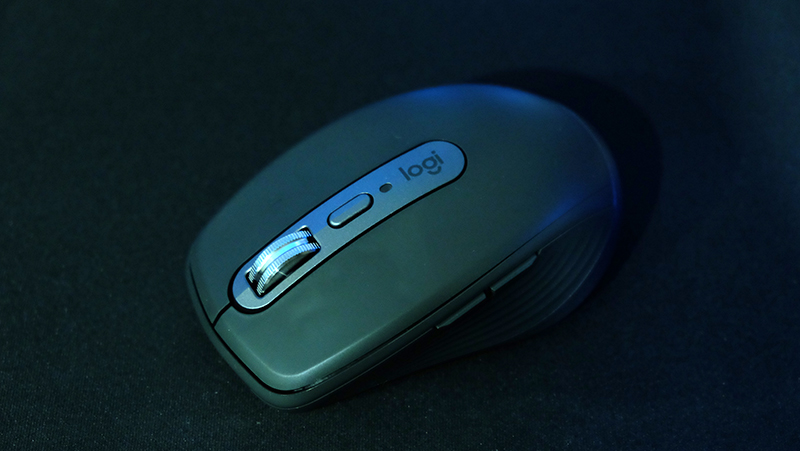 At 100.5 x 65 x 34.4mm, the mouse is so small that those with larger hands may struggle with it. Nevertheless, it possesses an exceedingly comfortable ergonomic shape, including a contoured ledge on the left side for your thumb and a carefully shaped bulge on the other side for resting your ring finger and pinky. I have small hands, so I was able to palm the mouse easily, or even use the fingertip grip if I wanted. However, unlike the hyper-responsive switches you get on certain gaming mice, the switches on the MX Anywhere 3 are rather stiff, almost a tad too stiff even. That said, this does mean less risk of accidental clicks.

My favorite part of the mouse is probably the scroll wheel. It's the same electromagnetic MagSpeed scroll wheel as on the MX Master 3, and it is absolutely glorious. Made from solid, machined steel, it does a lot to confer a more premium feeling to the mouse. It serves up delicious tactility as well in ratchet mode, despite being whisper silent and insanely smooth, and you can adjust the level of resistance in the Logitech Options software, which is really neat. 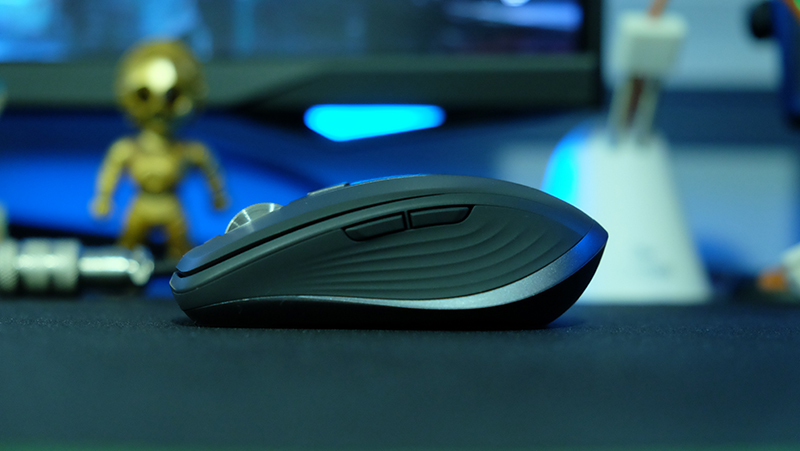 What's more, it transitions effortlessly between ratchet mode and free scrolling, which lets you blaze through several pages of documents with a spin of the wheel. Logitech calls this feature SmartShift, and you can also adjust the amount of force required in Logitech Options. Alternatively, you can disable SmartShift if you'd like to just stick to a fixed scroll wheel mode. The scroll wheel click returns here as well, a much-missed function on the MX Anywhere 2S.

The wheel relies on two electromagnets to work – when they are matching in polarity, it is in ratchet mode, and magnetic force passes between the scroll wheel and gear teeth. When the polarity is reversed, the wheel spins freely, because the magnetic force no longer passes through the wheel. In comparison, the previous generation design used a motor and mechanical contact to achieve similar functionality. The new approach is superior, because the absence of mechanical contact means that there are fewer parts to wear down over time. 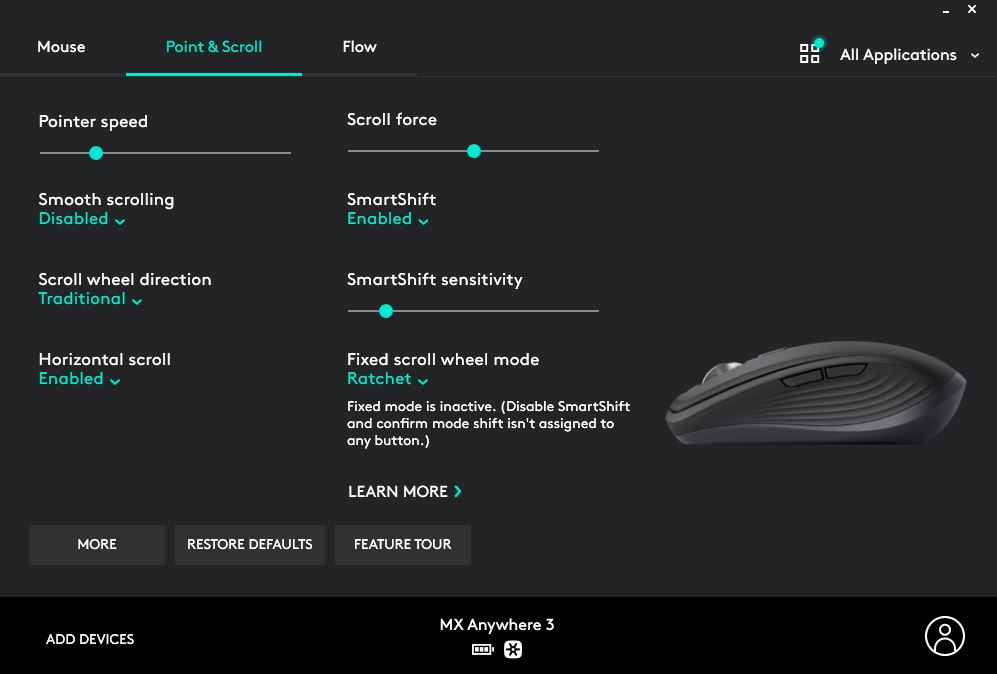 One thing missing is support for horizontal scrolling, but Logitech has tried to get around this by allowing you to access horizontal scrolling by holding down one of the side buttons and moving the scroll wheel. Obviously, this isn't as good as the dedicated thumb scroll on the MX Master 3, but it works well enough.

But hardware aside, the MX Anywhere 3 shines on the software front as well. It can connect with your PC via a Unifying USB dongle or Bluetooth LE, with support for up to three Bluetooth devices. There is still no place on the mouse to store the dongle, which is disappointing, especially for a travel-focused mouse. You'll have to be extra careful not to lose it. And if you own a Mac, you'll be limited to just Bluetooth connectivity. A button on the underside lets you toggle between three Bluetooth devices running on different operating systems, including Windows 10, ChromeOS, iPadOS, macOS and even Linux. If you use multiple PCs throughout the work day, this is a godsend. 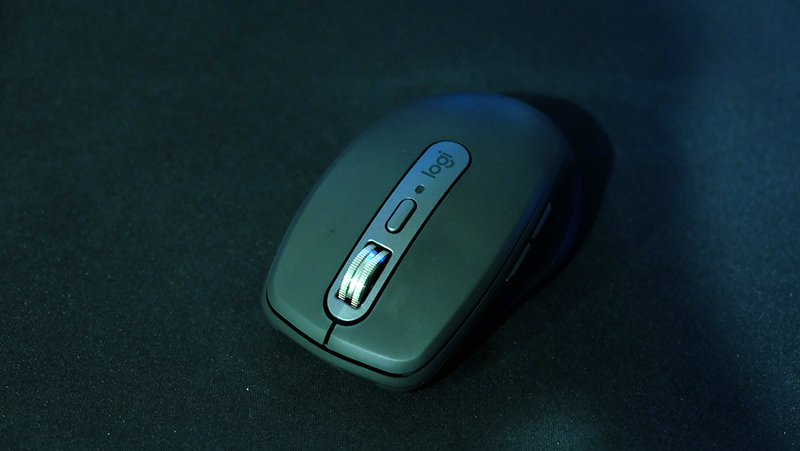 Logitech Flow is really useful as well, and it lets you work across three different systems with Logitech Options installed when you drag your cursor from screen to screen. It's pretty nifty, and you can do things like copy and paste text, images and files from one PC to another.

Elsewhere, there are also presets for common productivity apps such as Google Chrome, Adobe Photoshop, Premiere Pro, Microsoft Office, and even Zoom. These map app-specific shortcuts onto buttons on the mouse – if you were in Zoom for example, you'd be able to toggle your webcam on and off with the forward button. And in Microsoft Teams, you can similarly mute your microphone quickly as well. In Microsoft Word, the forward and back buttons switch automatically to undo and redo.

However, because there is no onboard memory, you'll need to create a Logitech Options account if you want to access your settings on a new PC. 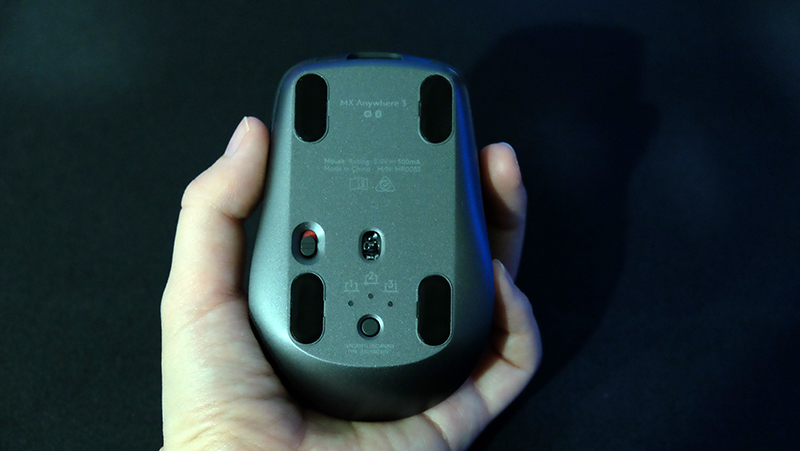 The last thing I have to talk about is battery life. Logitech is claiming up to 70 days of battery life on a single charge, and I'm still at four full bars of battery after about two full workdays. Unfortunately, the Options software doesn't display a precise percentage, which might be slightly problematic especially when the battery drops to just one bar. Fortunately, a small LED indicator below the scroll wheel will glow red when the battery falls below 10%, so you'll know immediately when you need to charge it. The MX Anywhere 3 recharges over a USB-C connection, which Logitech would do well to adopt for its gaming line-up. 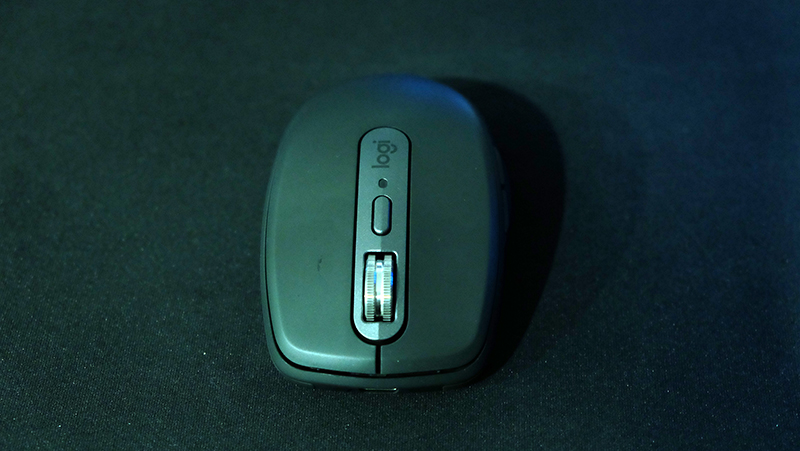 The Logitech MX Anywhere 3 may be little, but it's hands-down one of the best work tools out there. It is no MX Master 3, but it isn't trying to be anyway, and it still manages to cram a ton of features into its tiny body. As a mouse for the road, it does an absolutely fantastic job, and I really enjoyed its premium build and the gorgeous machined steel scroll wheel and the butter-smooth operation it offers. To cap things off, it's got some genuinely useful software features as well with powerful customisations in Logitech Options, helpful application-specific profiles, and support for Logitech Flow.

Its support for a wide range of operating systems also makes it a versatile tool and doesn't limit you to any one ecosystem. At S$139, it's not cheap, but if you're looking for a reliable companion for work, it more than justifies its price tag.

The mouse is available in pale gray, rose and graphite, which should cover most preferences and is available at most electronics stores and on online outlets like Lazada, Shopee and Harvey Norman.

Write a Review
Compare This | Specifications
MagSpeed scroll wheel is simply excellent
Logitech Flow is useful for working across multiple systems
Great battery life
Compact design makes it good for travel
Ergonomic shape will not work for left-handers
No place to store the USB dongle
Buttons a bit too stiff
Our articles may contain affiliate links. If you buy through these links, we may earn a small commission.
Sponsored Links