This article first appeared in the June 2016 issue of HWM. 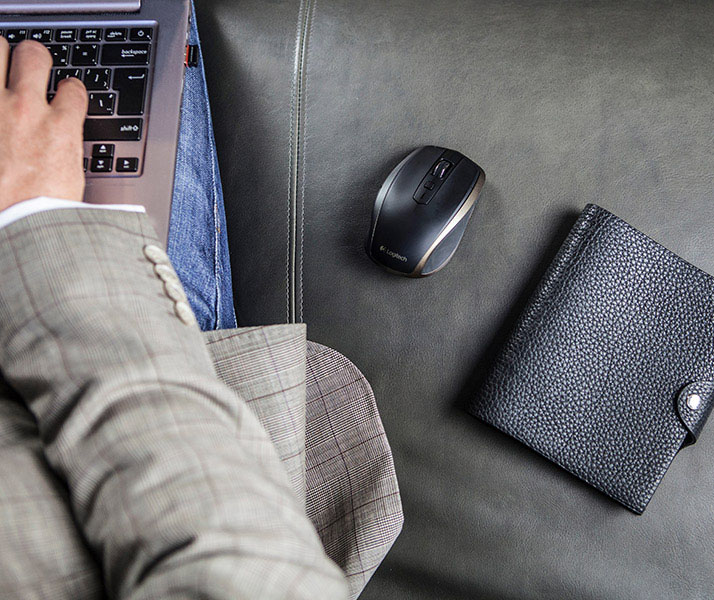 Trackpads on notebooks have come along way, but for power users who are constantly traveling, there’s no replacement for a trusty mouse. To answer the needs of these users, Logitech has released the MX Anywhere 2 mouse - the successor to the MX Anywhere mouse which is now over five years old.

The design of the new MX Anywhere 2 mouse follows closely of its predecessor's. It is super compact and portable, and has a more modern looking finish with curves that are more deeply sculpted for better grip and comfort. The layout of the buttons are still the same, which means this mouse is still better suited for right handers - left handers will have difficulty reaching the two buttons on the left of the mouse. There’s seven buttons in total, and all of them can be customized using the Logitech Options utility. The Logitech Options utility is straightforward and easy to use, and lets users customize the MX Anywhere 2 mouse to their hearts’ content. One of the new customization options we especially like is called the “Gesture” button. It allows users to invoke certain actions simply by swiping the mouse and holding the assigned Gesture button down. 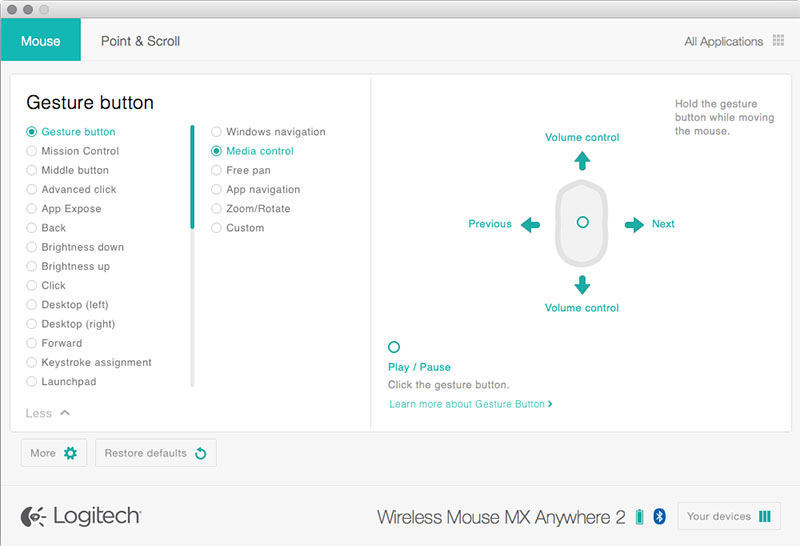 For example, after assigning the little button under the scroll wheel as the Gesture button, I could skip music tracks simply by holding the Gesture button and swiping right. Swiping left would play the previous track, while swiping up or down would let me quickly adjust the volume. Of course, Media controls aside, the Gesture button can be also be completely customized for other functions like switching between applications, zooming in on webpages and more.

Like its predecessor, the MX Anywhere 2 is also equipped with Logitech’s awesome Darkfield laser sensor, which allows it to track on a multitude of surfaces, including wood, paper and glass. This is especially nifty for users who need to travel frequently and cannot be picky about the surface that they can use for their mice. After all, not every hotel room has a wooden table. While our experience with the MX Anywhere 2 mouse is generally positive, we do have some complaints. First of all, the scroll wheel doesn’t have a middle click option. Instead, clicking on it changes the wheel’s scrolling behavior between free and ratcheted scrolling. However, the scroll wheel can be clicked left and right, so the workaround is to assign the middle click to one of them. Another thing to note is that the MX Anywhere 2 is incredibly petite, which can be a problem for users used to larger mice or prefer grabbing their mice with a palm grip. It is also quite pricey at S$139.

Nevertheless, these shortcomings do not detract from the fact that the MX Anywhere 2 is a great mice, and comes highly recommended for frequently traveling professionals who cannot live without a proper mouse.