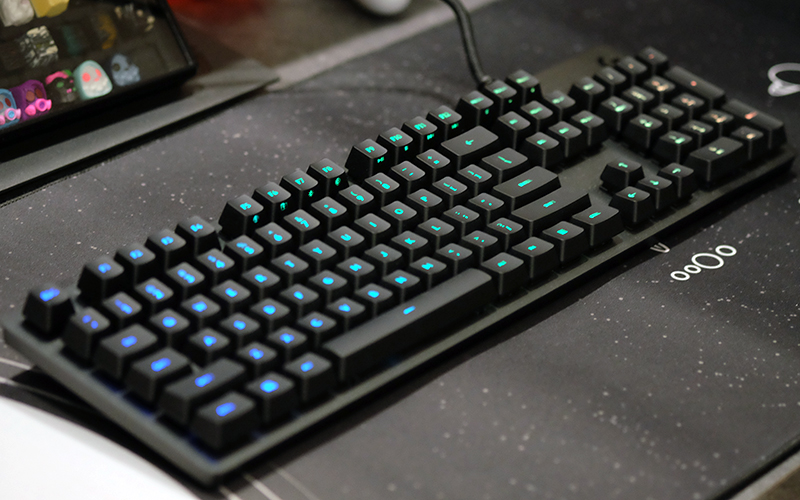 You're not stuck with the same switches anymore

For the longest time, Logitech has had just one Romer-G switch. This was a tactile, non-clicky switch designed with shorter travel and actuation distances for supposedly faster response times when gaming. In truth, I found it a mushy mess that was tiring to type on. The tactile bump was also barely discernible, and the key travel felt harsh and grating to me.

But I also have to temper my judgment. I may not like Romer-G, but I get that for many folks, it just works. And as I said, Logitech has some really good keyboards. If you're not picky about your switches, there's little reason to pass them up.

This brings me to the point of this review. Logitech has a new keyboard (and at first glance, it's really decent), and some new switches to boot. 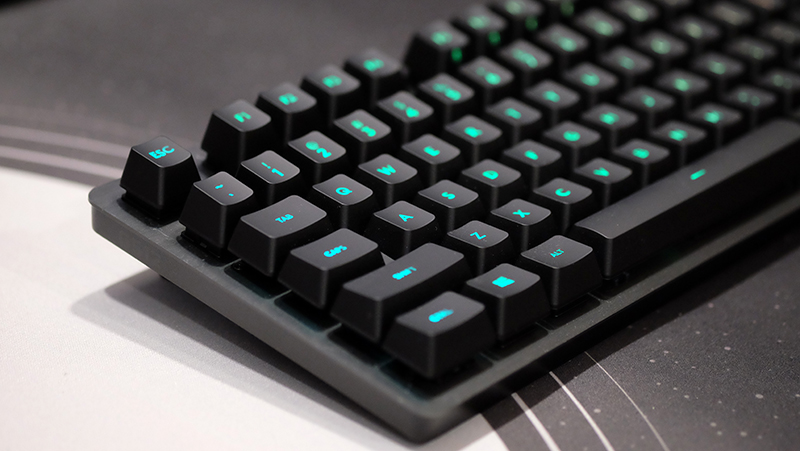 The Logitech G512 Carbon will be available with three different switches – Romer-G Tactile, Romer-G Linear, and the clicky GX Blue. The Romer-G Tactile is the original Romer-G switch I've spent so much time hating, now with the Tactile descriptor appended to fit the naming of the new Linear switch. The clicky GX Blue switch is slightly more interesting as it isn't actually a Romer-G switch. Instead, they've basically rebranded Kailh Blue KT switches with MX stems.

Why am I talking so much about the switches and not the keyboard? That's because the G512 Carbon is essentially the same as the old G413, but with some small tweaks, such as a 1ms report rate. For starters, it sports the same sleek chassis, attractive brushed 5052 aluminum-magnesium alloy top plate, and ABS keycaps with a matte finish. 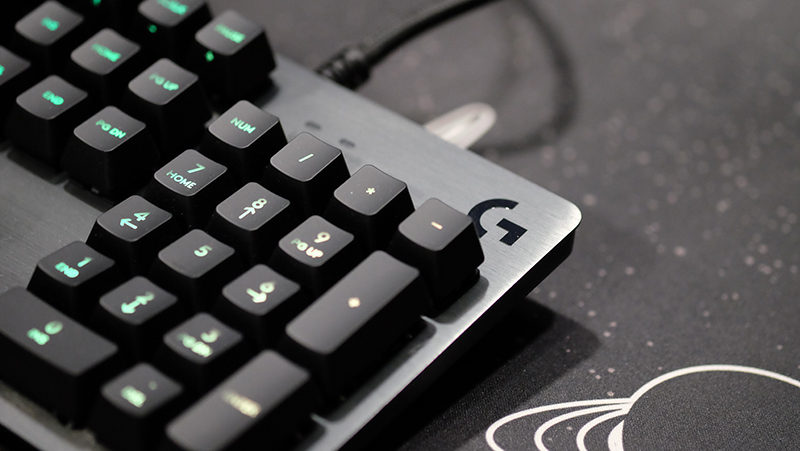 The keyboard is pretty well-built as well, with little discernible flex to it. Logitech wasn't kidding about the "slim, blade-like" chassis though, and the edges of the keyboard are actually quite sharp. I'd have much preferred to see them filed down for extra comfort.

The large plastic feet flip out sideways, instead of toward the back, but they feel sturdy enough and do a good job of elevating the keyboard to a comfortable typing angle.

However, while the G413 was only available with either red or white backlighting, the G512 allows for per-key RGB customizations. The LightSync technology will also sync up with other compatible devices, such as Logitech's G560 LightSync PC Gaming Speakers, in addition to content such as games, videos, and music.

What's really cool is the Screen Sampler feature, which lets you select a section of your screen and assign the colors on screen to the keys you select.

You can find all the controls in Logitech's new G Hub software, which has a more modern and intuitive interface compared to the old Logitech Gaming Software.

The G512 also has a USB 2.0 passthrough at the top right where you can plug in your mouse or even charge your phone. This is convenient, but it does mean a thick and unwieldy braided cable with two USB plugs to deal with. 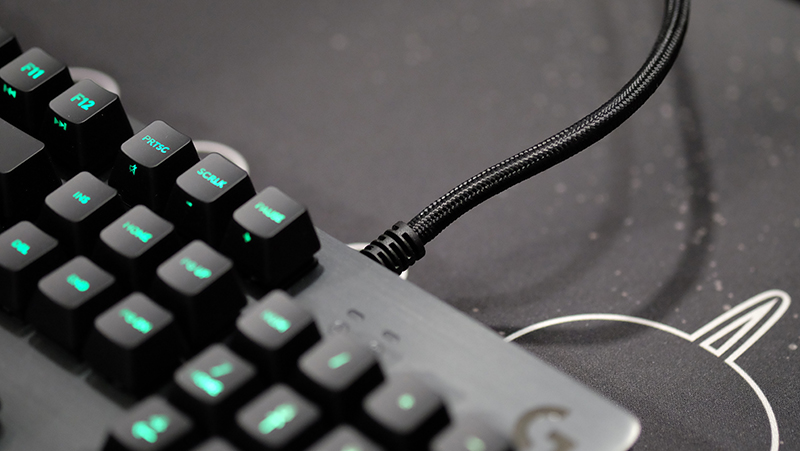 But let's return to the topic of the switches. The Romer-G Linear switches have an actuation distance of 1.5mm and require 45g of actuation force, the same as their Tactile cousins. In practice, I couldn't help noticing that the key travel distance felt a lot shallower than on regular Cherry MX switches. It was actually quite jarring at first, but I did get used to it eventually.

The Romer-G Linear are a step up from the Tactile version in that they're less tiring to type on, but they still suffer from the same feeling of mushiness. Key travel feels smoother as well, although it's still not on par with Cherry MX Reds and a far cry from Zeal PC's Tealios switches. That said, I'd probably pick them over the Tactile version any day. 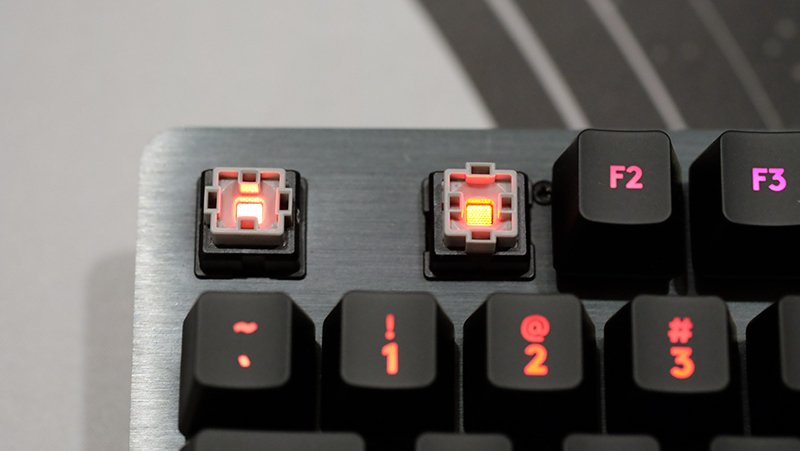 The clicky GX Blue switches feel much more like conventional Cherry MX switches. They have a farther 1.9mm actuation distance and a 50g actuation force, which makes them very similar to Cherry MX Blues. If you like the latter, you'll feel right at home with the GX Blues. The MX stems also mean that you'll be able to slap third-party keycap sets on the keyboard, a rarity for Logitech keyboards in recent years. 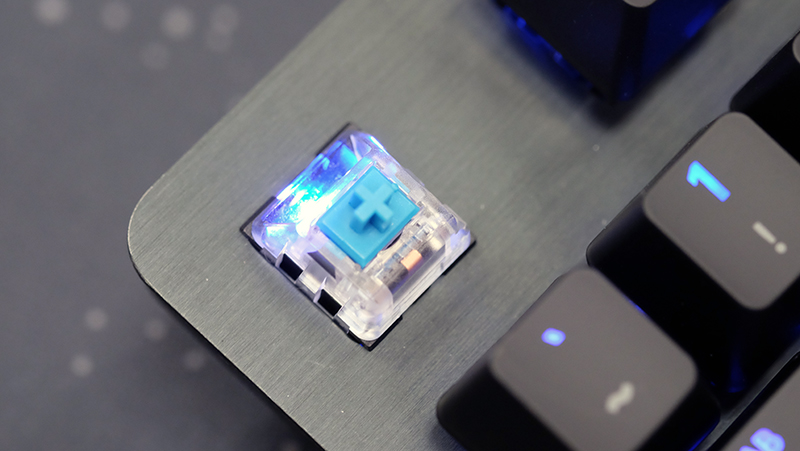 There are however, a couple of differences between G512 models equipped with the Romer-G and GX Blue switches. One advantage the Romer-G switches have is their light pipe design, which minimizes light bleed and ensures more even lighting. In comparison, the surface-mounted LED on the GX Blue board is not centered and is located toward the rear of the switch housing, so any secondary legends would be unevenly lit. 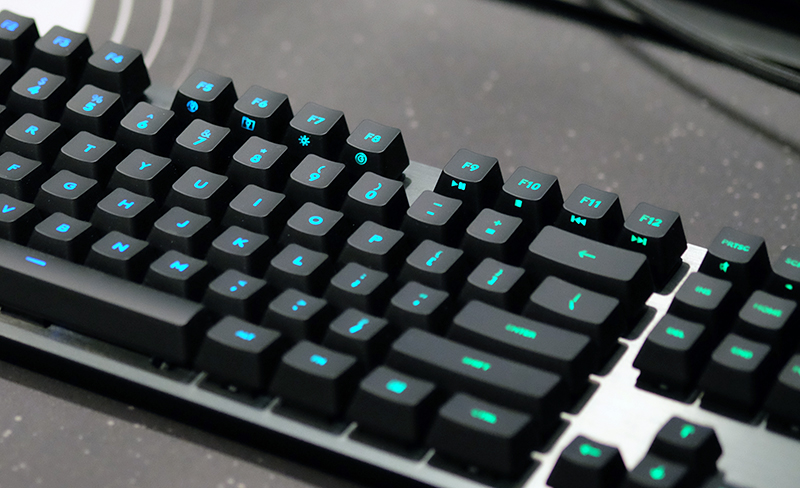 To avoid this, Logitech has gone with opaque secondary legends for the G512 equipped with GX Blue switches, an unfortunate trade-off. This isn't that big a concession, but it does mean that the backlighting on the Romer-G keyboards is generally superior to what you'll get with the GX Blue switches. 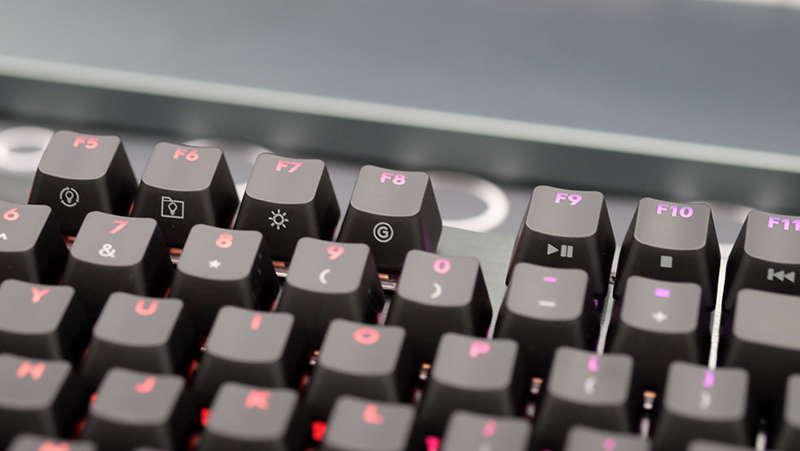 Personally, I prefer the feel of the GX Blue over the Romer-G, so it's a pity that some folks may be made to choose between switch feel and aesthetics.

At S$189, the G512 Carbon isn't cheap. However, you do finally get a decent selection of switch options and powerful RGB lighting customizations. I also like the simplicity of the keyboard's design, particularly since most gaming keyboards are so garish. All things considered, the G512 is a solid offering, if you don't mind the feel of the Romer-G switches. Do give them a go at your nearest electronics retailer.