Note: This review was first published on 10 October 2021. 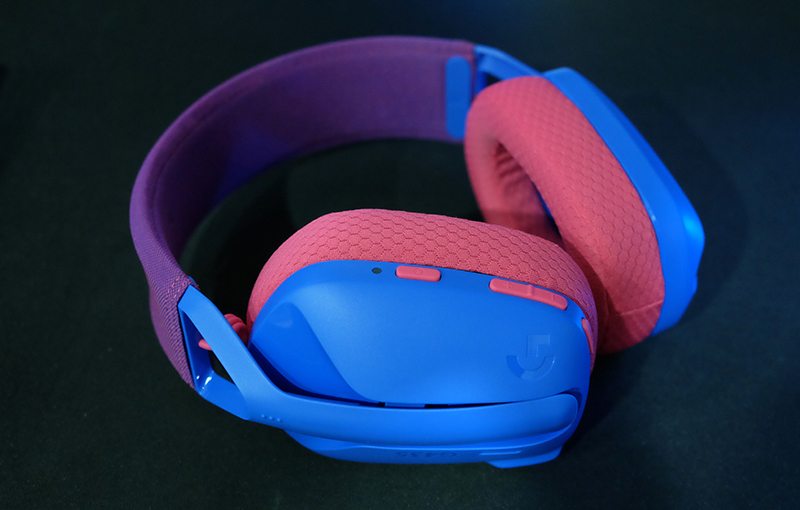 I didn't have high expectations for the Logitech G435. Billed as a lightweight, stylish headset that works with a wide range of devices, the G435 didn't do a lot to inspire confidence at first. My review unit came in a bright blue and raspberry colourway, which looks more like a child's toy than a quality gaming headset.

Upon picking it up, the headset feels cheaply made, with a lightweight plastic construction that is difficult to take seriously. The headband is covered in a thin, elastic fabric with zero padding, although in all fairness the headset is so light at 165g that padding isn't really necessary. The ear cups slide up and down on plastic struts – the adjustment mechanism feels smooth and secure enough, but again, not particularly premium. Then there are the exposed speaker grilles, which add to the overall cheap feel of the headset. 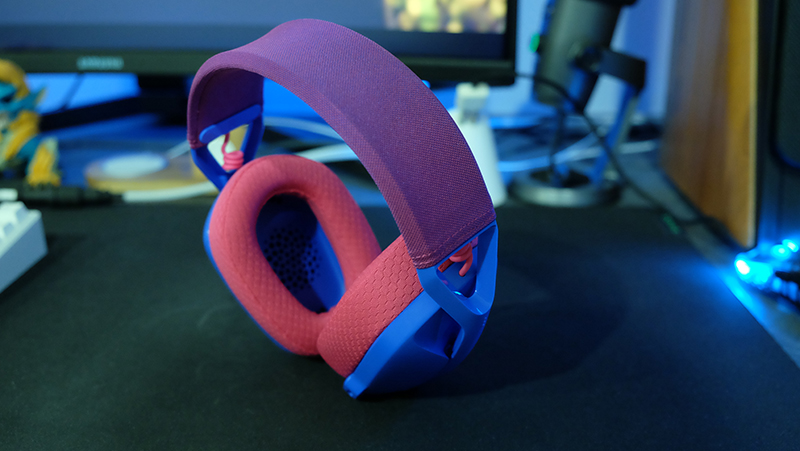 The memory foam fabric ear cups are probably the one redeeming thing about the headset's build. They are plush and breathable, and cradle your head quite comfortably over long hours. And unlike with leatherette, you don't have to worry about peeling or flaking. However, this is also a rather small headset, and it probably won't be the best fit if you're a big person.

To Logitech's credit though, the G435 is supposedly its most sustainable gaming headset to date, with a recycled plastic construction and carbon neutral certification. Logitech has invested in carbon offsetting projects to reduce the carbon footprint of the headset to zero, which is really neat. On top of that, the paper packaging for the G435 comes from FSC-certified forests, which means they've been harvested in a responsible manner. The layout of the controls and ports are simple – you'll find the power button, volume rocker, mute button, and USB-C charging port all on the left ear cup. The G435 does not support Logitech's G Hub software, so you're limited to just the onboard controls. To pair the headset with a Bluetooth device such as the Nintendo Switch or your smartphone, just hold down the power and mute buttons until the LED indicator starts flashing.

The headset also ships with a 2.4GHz wireless dongle for low latency connections using Logitech's LightSpeed tech. It's pretty cool to see LightSpeed tech on a headset at this price range, and as expected, I didn't experience any lag or stuttering in my time with it. One small quirk about the G435 is that it can only be used in wireless or Bluetooth mode. The USB-C port only allows for charging, and doesn't let you use it in wired mode. So if you suddenly run out of battery, you're out of luck until the headset charges up again. Logitech is claiming up to 18 hours of playtime, which is good for a few days of moderate use. Another omission is support for a 3.5mm jack, so you're not getting any plug-and-play convenience.

But for all my gripes about the G435's build quality, they all kind of melted away once I put on the headset. The 40mm drivers pump out sound that's far better than I expected, with full-bodied audio that handles a wide range of genres. While I expected overwhelming, muddy bass or shrill, piercing highs, the G435 has none of that, delivering surprisingly well-balanced sound for its price tag. Of course, this isn't the most revealing of headsets, so you're going to miss out on some detail in your music, but I find the overall sound rather enjoyable for the price. 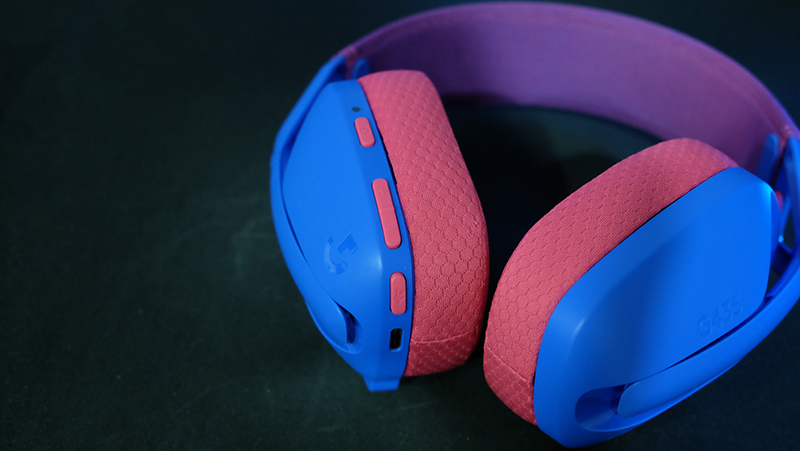 It impressed me in game as well, with accurate stereo positional audio and a decent sense of space. In Valorant, I was able to clearly pick out the sound of abilities being used and the distance and direction they were coming from. The headset lacks the boom microphone found on most gaming headsets, instead relying on dual embedded beamforming microphones on the front of the left ear cup. Unfortunately, the microphone quality is mediocre, and it picks up significant background noise. At S$109, the Logitech G435 is something of a mixed bag. Its middling, plastic construction and tacky colours are offset by surprisingly good audio and lightweight comfort, but its look and design aren't for everyone. There are also several limitations, such as the lack of any wired fallback when it runs out of battery and the inability to check the battery level through software.

Overall, I think the G435 is a decent headset if you're looking for reliable wireless performance on a budget. If you can look past its build quality, it might just surprise you as it did me. But if you can afford to shell out a little more, you'll be better served by something like the Razer Barracuda X.

Interested to get the Logitech G435 Lightspeed gaming headset? You can get it online at Logitech's Shopee Mall store.

Write a Review
Compare This | Specifications
Lightweight design and comfortable fabric ear cups
Surprisingly good audio quality for the price
Flawless wireless performance
Very affordable
Cheap build quality
No wired option or a 3.5mm jack
Microphone picks up quite a bit of background noise
No support for G Hub software
Our articles may contain affiliate links. If you buy through these links, we may earn a small commission.