It's a decent baseline pick 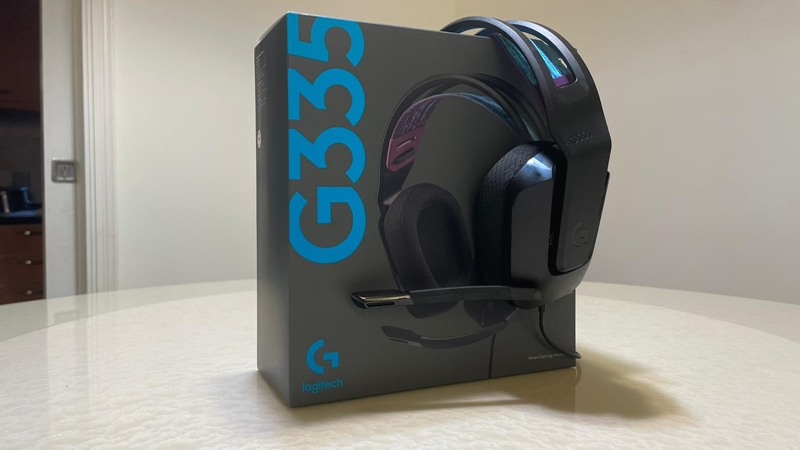 As gamers ourselves, we know it can be difficult sourcing for the right equipment and accessories, much less those that won't have you chowing down on grass until your next paycheck. Well, if you happen to be looking around for a pair of headphones with a comparatively gentle price tag, we've actually got a pretty decent option from Logitech right here.

Have a look at the G335 Wired Gaming Headset - a surprisingly comfortable set of headphones that's just as easy on your ears as they are on your wallet. Naturally, with a price tag dangling just under the three-digit mark at S$99, it's hardly the fanciest nor the most feature-loaded option on the block, nor should you expect it to be. However, you shouldn't immediately sideline it either, because the G335's performance is actually quite good for the amount you're forking out. 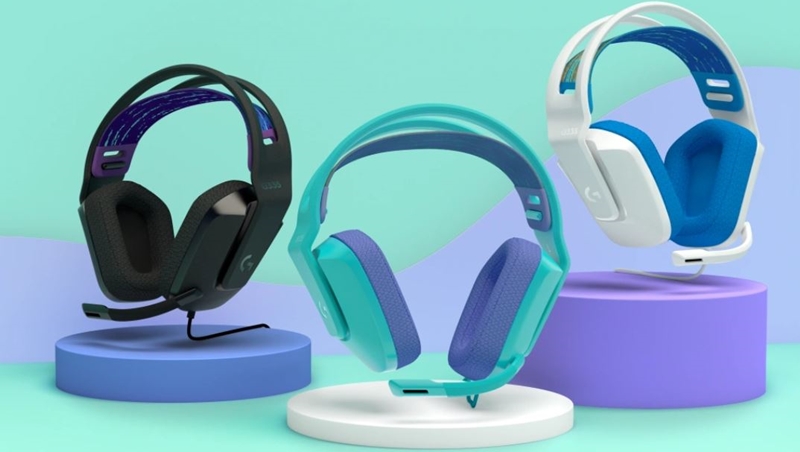 Yes, I'll say it up front - don't expect the G335 to have many of the bells and whistles featured on its G-series brethren, both on the inside as well as on the outside. While it doesn't have fancier inclusions like the G733's LIGHTSYNC RGB nor the G933s' Customisable G-Keys, among various others, the G335 makes up for it with extreme lightness, clocking only 240g on the weighing scale. The only external features it has, apart from the memory foam earcups and an undetachable flip-to-mute microphone are a small volume slider located on the back of the left earcup and a soft elastic headband that can be detached for washing or adjustment purposes. In general, the design is crisp and simple - Logitech designed it to be used for plug-and-play setups,

Overall, the G335 is reasonably comfortable to wear, even for longer gaming sessions. Between the adjustable elastic band and the sliding earcups (shown below), the headphones are able to maintain a gentle grip on your ears while you play, and it's actually easy to forget that they're there. Additionally, the microphone can also be flipped up so it doesn't get in the way, though you can't physically detach it like you can with the G733's microphone. 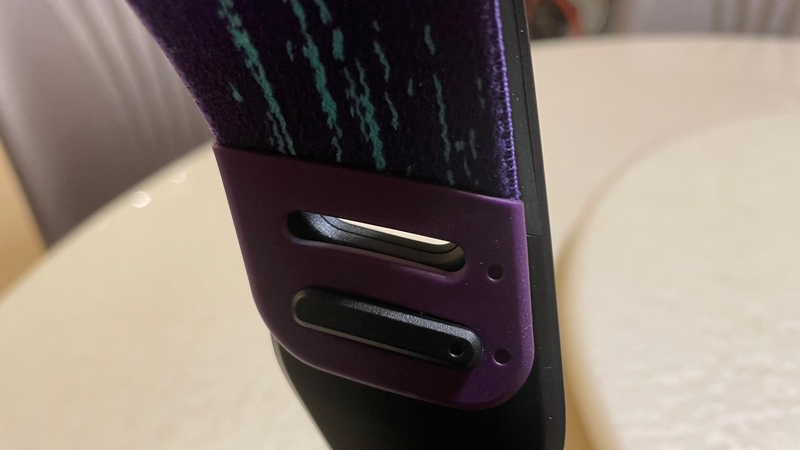 Now, the one thing that I'm quite particular about when it comes to headphones is the breathability of the fabric, and fortunately, the G335 easily clears the baseline. No one likes to deal with sweaty ears when they game, and although I still prefer the plush comfort of my personal JBL Quantum One, I felt that the sports mesh material on the G335's earcups were much more breathable than the G933's leatherette ones, despite how the former costs a mere fraction of the latter. Still, such preferences will definitely vary from individual to individual, but maintenance is the same across the board. Just like with any other headphones, you should still give them a good wipe-down occasionally to prevent bacteria from building up, and with the lack of extra physical additions on the G335, it's pretty easy to do so. 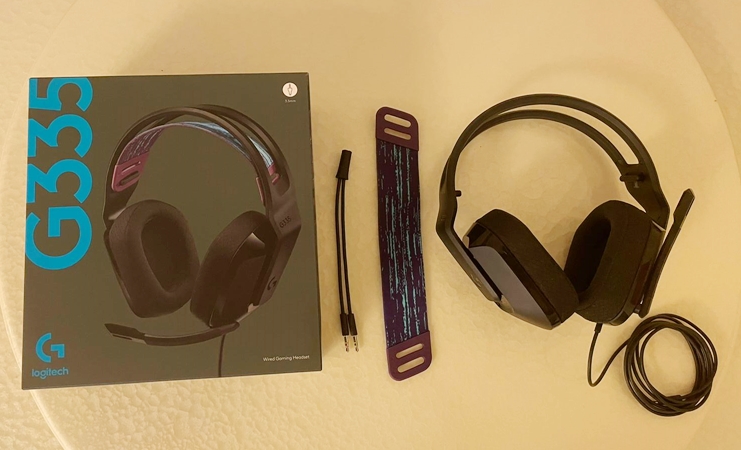 Moving on, let's talk about the most important factor for a pair of headphones - audio performance and quality. In terms of drivers, the G335 understandably pales in comparison to its more expensive brethren, sporting regular 40mm neodymium audio drivers as opposed to the former's Pro-G 40mm drivers. Additionally, while the lack of surround sound technology and active noise cancellation is certainly palpable, it's to be expected - tossing in that kind of stuff for such a price would probably blow a hole in Logitech's own wallet.

Despite the difference in drivers and the lack of surround sound functionality like those provided by higher-end headphones, I felt that the G335's quality was reasonable, and for those who prefer to keep their games at moderate volumes, you'll be probably be quite satisfied with what you hear. The G335 does fine with the lows and mids, but tends to suffer from slight distortion when handling louder instances of audio, especially for tracks with electronic and techno undertones.

Fortunately though, it's only noticeable if you're looking out for it in particular, meaning you should have no issues with it for the vast majority of entertainment content. In fact, I quite enjoyed the G335's performance on games like Borderlands 3, Diablo III and even Osu! - whether it's the sound of a rocket launcher going off or a Demon Hunter's rapid-fire crossbows, the G335 generally delivers clear and crisp audio that's actually quite good for its price.

Needless to say, there aren't any fancy bits of software that ship with the G335. Logitech designed it to be used for easy plug-and-play scenarios, which means you shouldn't need to worry about installing various odds and ends. Accordingly, it's a great option for couch co-op sessions, and it works with pretty much any available gaming console, PC and mobile device that has a 3.5mm audio jack. Granted, the cable can be a little distracting at times due to the length, but I'm actually quite happy that the cable is as long as it is because my PS4 is quite a distance away from my sofa. As for the microphone and voice quality, the G335 scores a pass - it's clear enough that you shouldn't have any issues calling out a stray enemy for your team in games like Apex Legends, but you can definitely get better performance on a higher-end set. 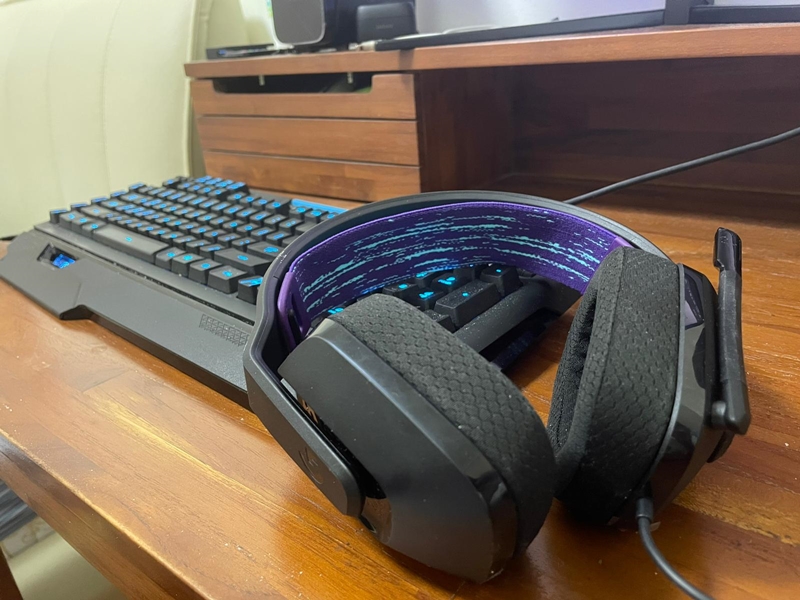 To sum up, I think it's fair to say that at the very least, you'll be getting your money's worth with the G335. It's hardly the best pair of headphones on the market, but at the same time it is definitely far from being the worst. Admittedly, it might stumble a little on weird electronic notes and louder audio tracks, but by and large its 40mm neodymium drivers will deliver reasonable, if not surprisingly impressive performances for the S$99 price tag. Additionally, it's also immensely easy to set up and use with almost any device, though iPhone users will need an adapter for it. As for comfort, I think it's alright - owing to its light weight and highly breathable earcups, your ears won't feel like they're sunbathing in the Sahara desert, and that's an immense relief, if nothing else.

For more information on the G335 and other products, do check out the official Logitech store on Shopee.

Write a Review
Compare This | Specifications
Above-average performance for its price point
Audio and voice quality are reasonably clear
Extremely lightweight and comfortable to wear
Audio tends to suffer very slight distortions at higher volumes and on certain music genres
Our articles may contain affiliate links. If you buy through these links, we may earn a small commission.
Sponsored Links