Logitech G303 Shroud Edition review: The G303 is back

Logitech G303 Shroud Edition review: The G303 is back 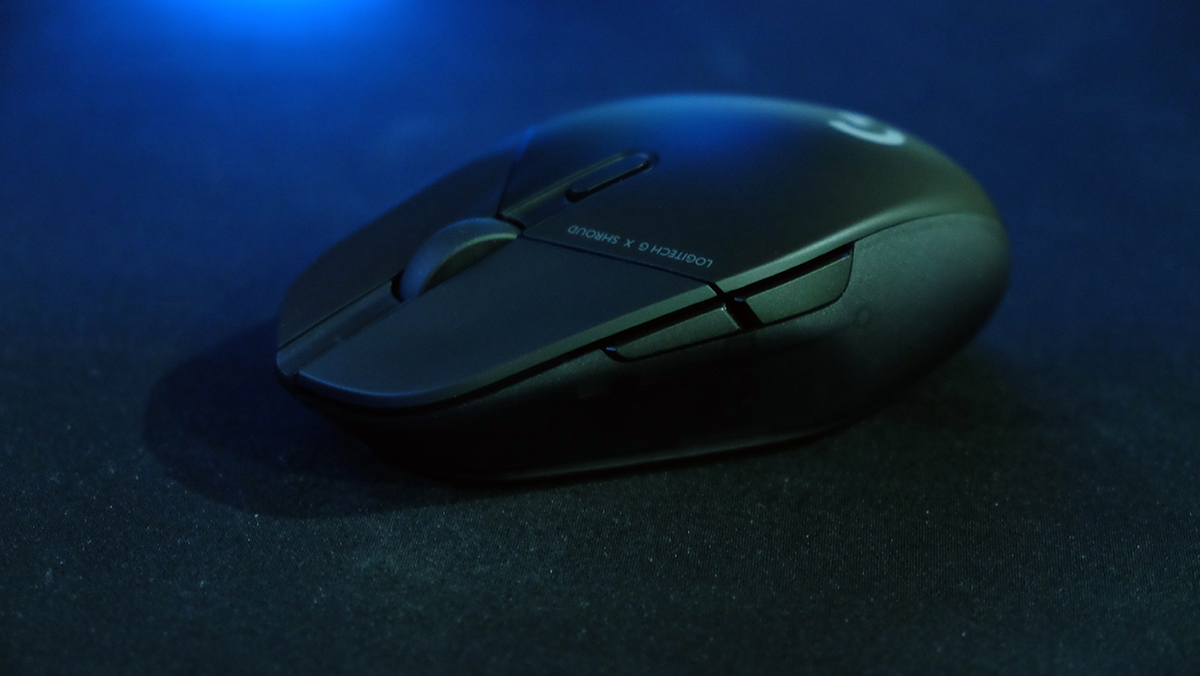 Shroud has teamed up with Logitech to create a brand new iteration of his all-time favourite mouse. You might remember the Logitech G303 Daedalus Apex – pointy sides and overall kind of oddly shaped. But Shroud has made a name for himself dominating with the mouse on stream, and now the G303 Shroud Edition is now outfitted with LightSpeed wireless tech and plenty of small tweaks and refinements, all to his specifications.

According to Logitech, this meant taking the original G303 and crafting it to fit his hand and grip style. Subtle adjustments were made to the dimensions of the mouse, so it is slightly larger than its predecessor, now measuring 125 x 63.5 x 40mm. The mouse also sports translucent side panels that let you peek into its innards, apparently another request from Shroud. 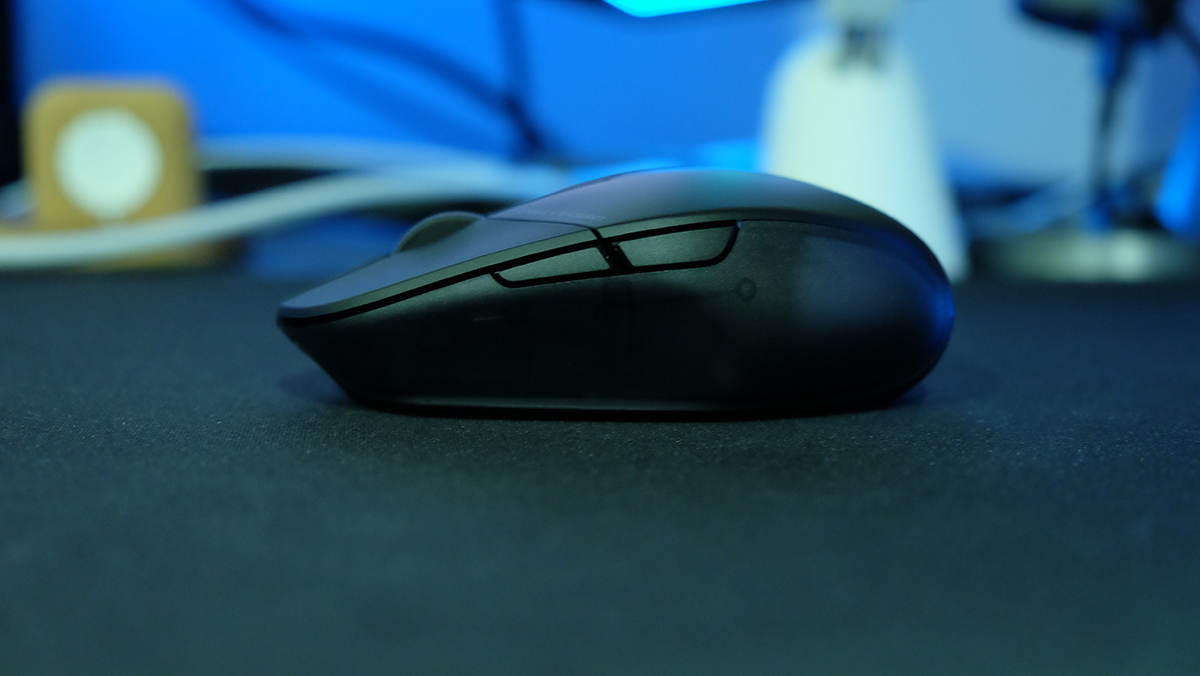 To keep the weight down, there's no longer any RGB lighting on this mouse, and it is a lot lighter than its predecessor at around 75g. Build quality is still as solid as ever though, with no flexing or creaking anywhere. I like the matte finish on the mouse, but it does show oil and grease fairly clearly if you get it on the mouse.

As with the Daedalus Apex, the Shroud Edition model is made for the fingertip and claw grips. With its low profile and truncated bottom, this is not a mouse for palm grippers who want a rodent that can fill their hand. It's also made for those with medium-to-large hands. I've got smaller hands, and when I try to fingertip it, I end up gripping the mouse at its widest point, which feels a little awkward to me. The buttons also don't seem to reach far back enough for me when holding the mouse in that way, but it'll likely fit you much better if you've got bigger hands. 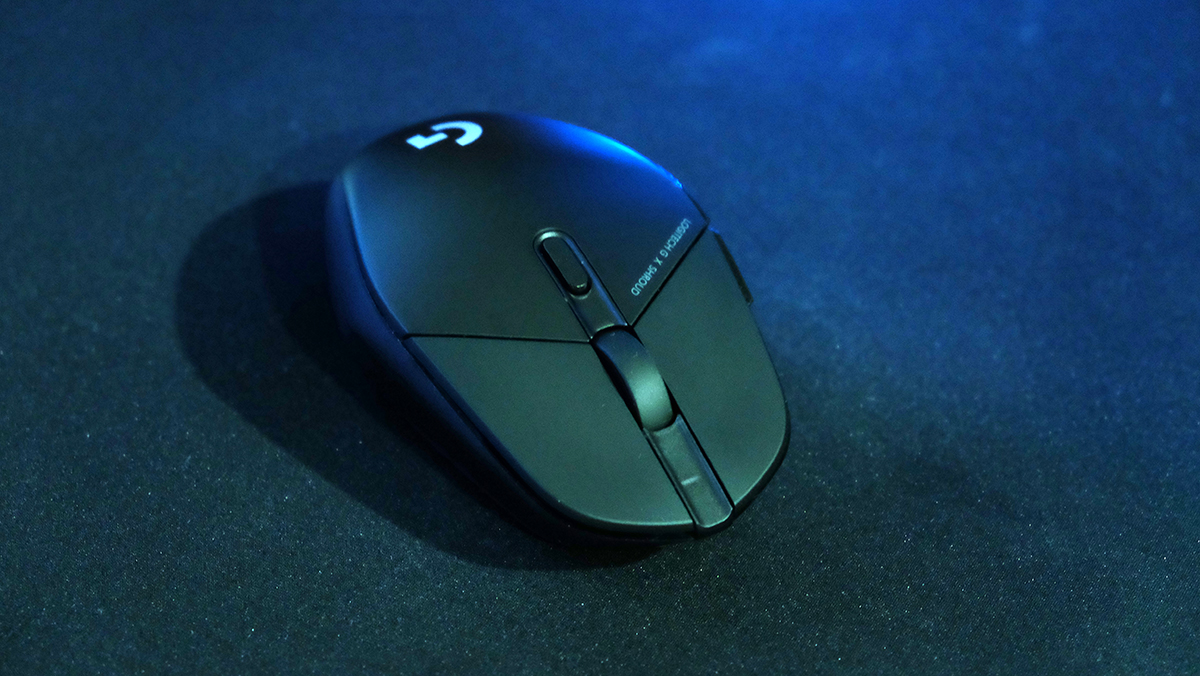 Elsewhere, Logitech also repositioned the side buttons, changed the switch location, retuned the weight, and even included subtle markings to approximate Shroud's finger grip positions. Having said that, I'm not actually sure where these so-called markings are, but this is nevertheless a clear attempt to appeal to Shroud's fans. Do people have the same grip style or hand size as Shroud? No. But will people want a mouse designed by a former pro and one of today's most popular streamers? I have no doubt the answer is a resounding yes.

One big change that I almost cannot believe I am finally seeing – good, old reversible USB-C on a Logitech G mouse, and it's all thanks to Shroud. The charging cable also doubles as a wireless extender, in case you need to bring the dongle closer to the mouse. Either way, I had no issues with the wireless connection. LightSpeed is as reliable as always, with no latency and indistinguishable performance from a wired mouse. 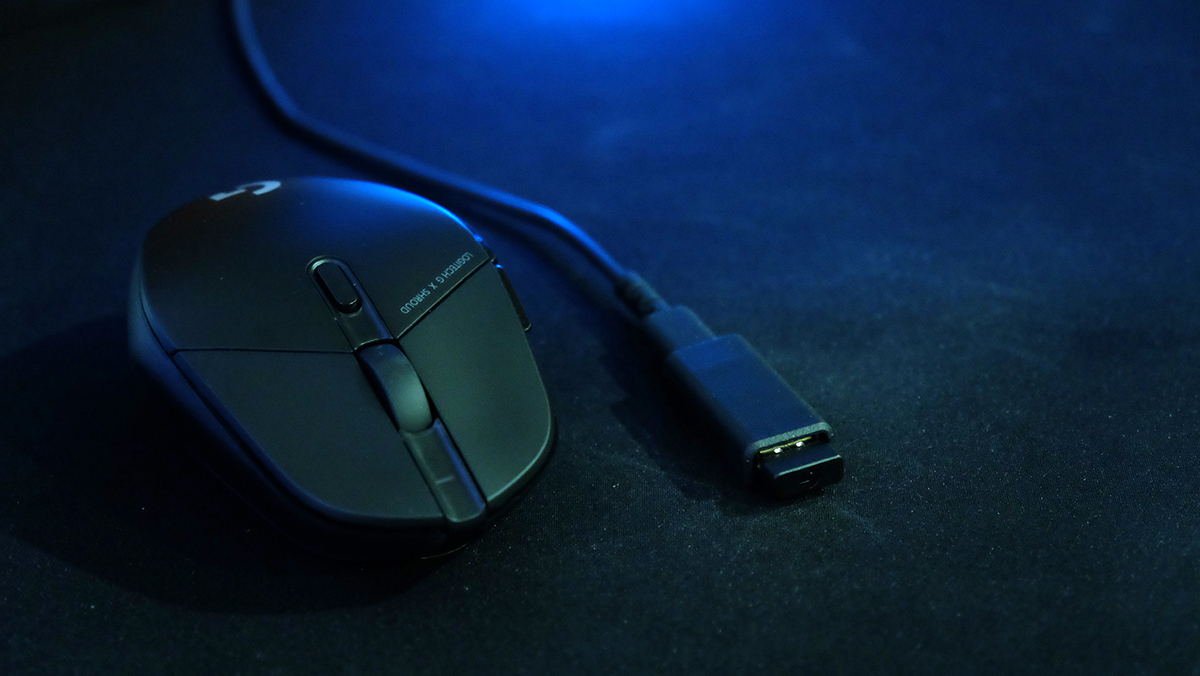 Another neat addition to the mouse is a magnetic drawer at the bottom that holds the wireless dongle. It's a smart way to store the dongle to ensure you don't lose it, and the drawer snaps close with a satisfying click. 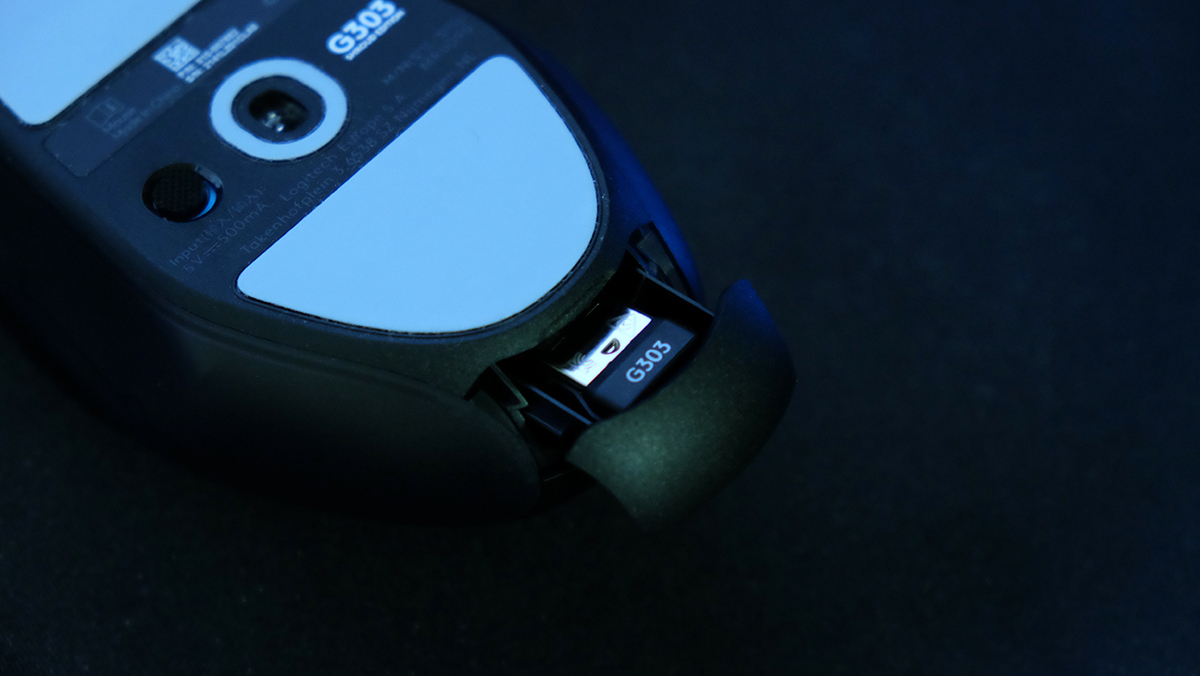 All the buttons feel exceedingly well-designed as well, with no post-travel on either the primary or side buttons. There's no mushiness here whatsoever, and each button press is delightfully crisp and tactile. The scroll wheel has precise, well-defined notches, although it does become quite audible when scrolling fast. Some added ridges in place of the smooth rubber would also have been nice for more grip. 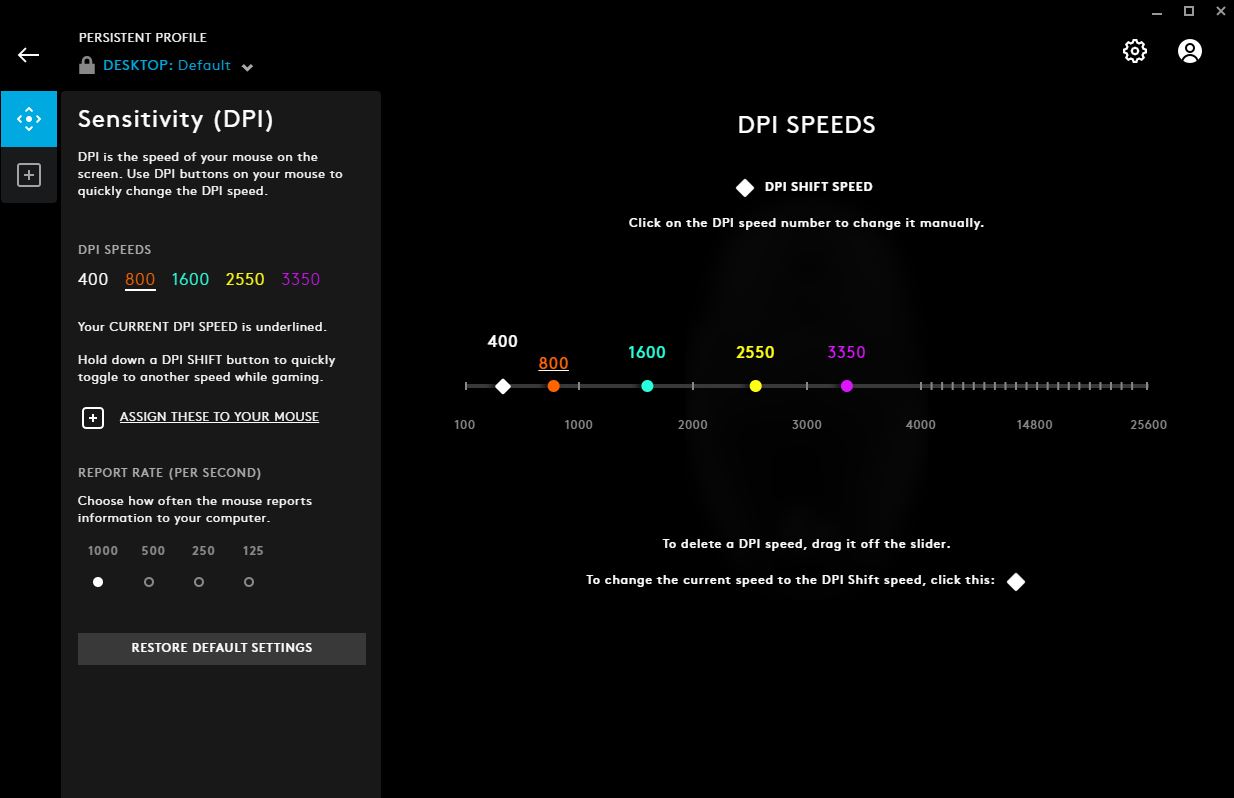 The DPI button sits below the scroll wheel, and you can use it toggle between up to five DPI stages. A colour-coded indicator at the top shows you what sensitivity stage you're on, and it's super easy to customise each stage in the G Hub software. The optical sensor Logitech's 25,000 DPI Hero sensor, and tracking is flawless as expected, with no acceleration or jitter. 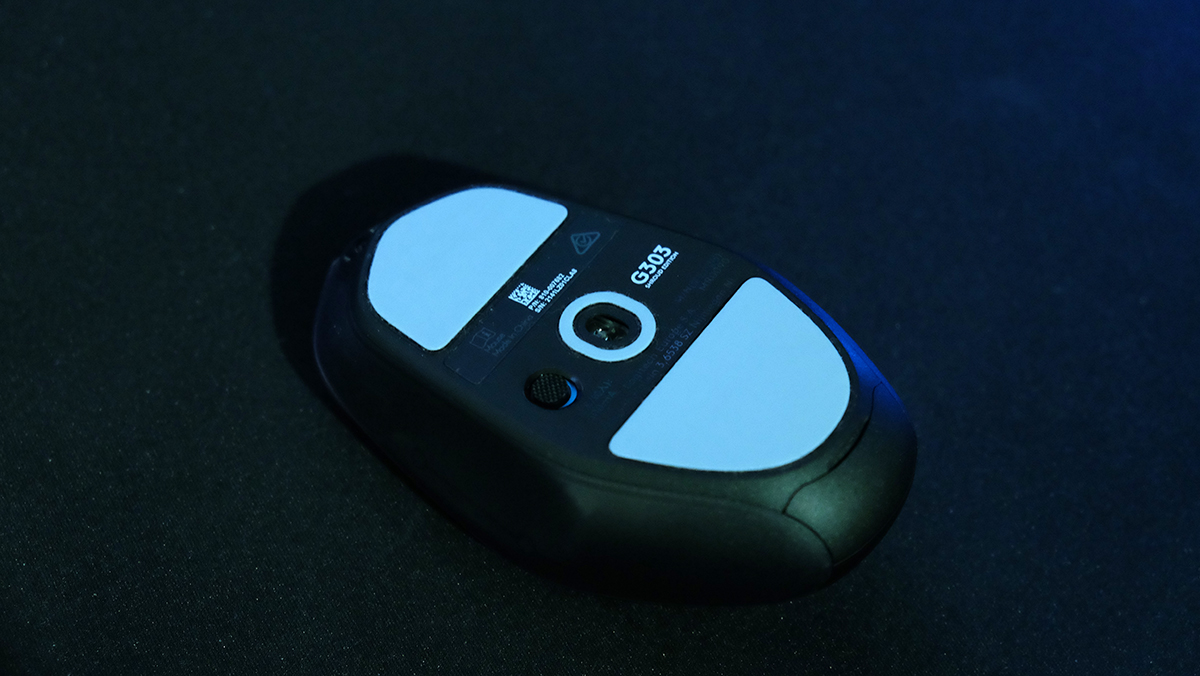 Finally, the bottom of the mouse is covered by two of the largest mouse feet I've seen on a mouse. They're pure PTFE, and provide a smooth glide right out of the box.

Logitech is claiming up to 145 hours of battery life, or 70 hours of constant motion. That sounds pretty great on paper, and it seems to hold up during my testing. After a full day of use, the battery percentage showed only a slight dip from 82% to 77% in G Hub. 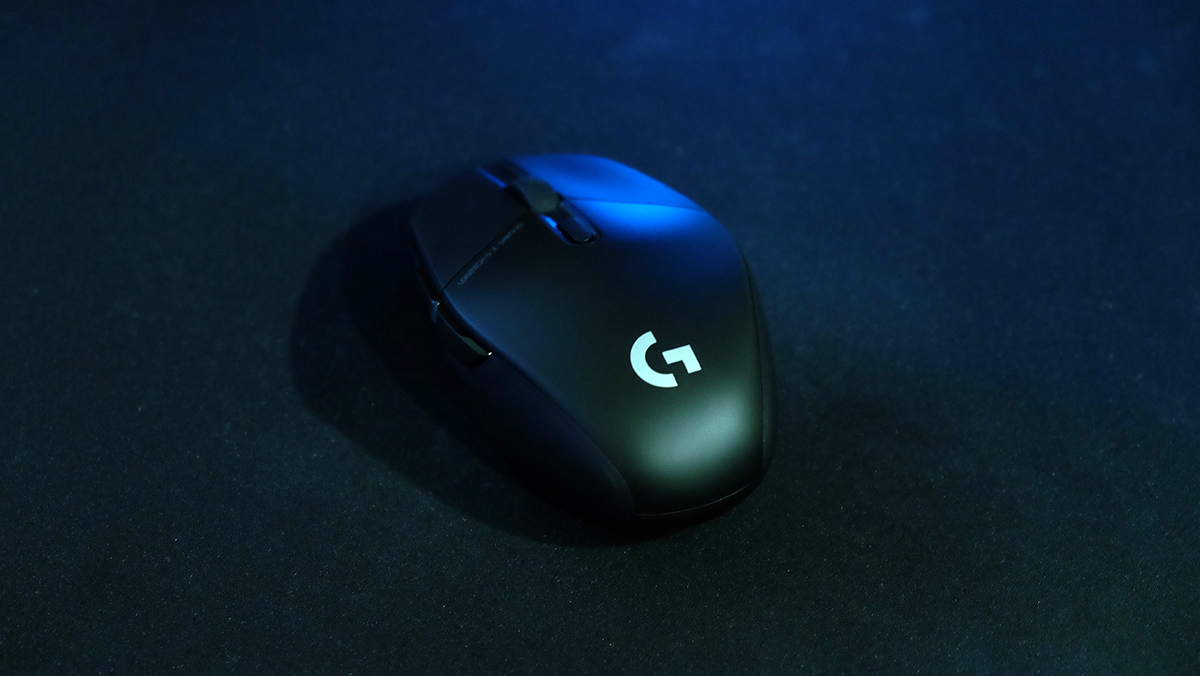 The Logitech G303 Shroud Edition is a massive step up from the original Daedalus Apex. With flawless wireless functionality baked in, a lighter design, and an impeccable build, the new incarnation of the G303 is here to give today's top wireless mice a run for their money. I wouldn't call the shape the safest out there, but it'll make fingertip and claw grippers really happy.

The only drawback is the price. At S$209, the G303 Shroud Edition is asking you to pony up a lot. However, seeing as this is a return of a mouse that was discontinued, I can imagine that there are plenty of folks willing to pay for a shape that was previously unavailable. If you missed the Daedalus Apex, the Shroud Edition mouse was made for you. You can get it now at the official Logitech store on Shopee.

Write a Review
Compare This | Specifications
Stellar battery life
Flawless wireless performance and tracking
Lightweight design and impeccable build
Expensive
Shape is not for everyone
Our articles may contain affiliate links. If you buy through these links, we may earn a small commission.
Sponsored Links