Note: This article was first published on 18th February 2021. 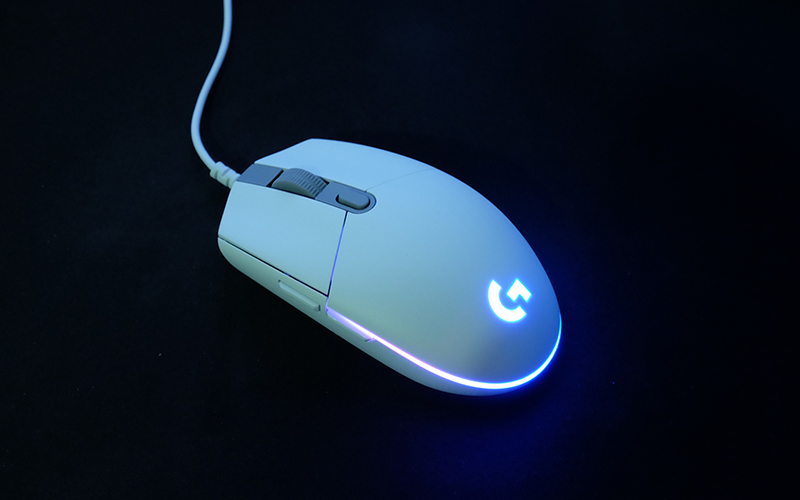 Logitech's G203 LightSync gaming mouse is basically a rehash of a familiar shape that it has used on countless mice over the years. We've seen it on everything ranging from the original G Pro to the G304, and G203 Prodigy. The G203 LightSync is most similar to the G203 Prodigy, and it's safe to say that the two are almost nearly identical. That's a little disappointing for a mouse that came out in 2020, and Logitech has completely ignored any opportunity for additional weight reductions or even a more flexible paracord style cable.

To be fair, the company does have a lightweight offering in the form of the ultra-premium G Pro X Superlight Wireless, but it would have been nice to see a more affordable lightweight option from Logitech. 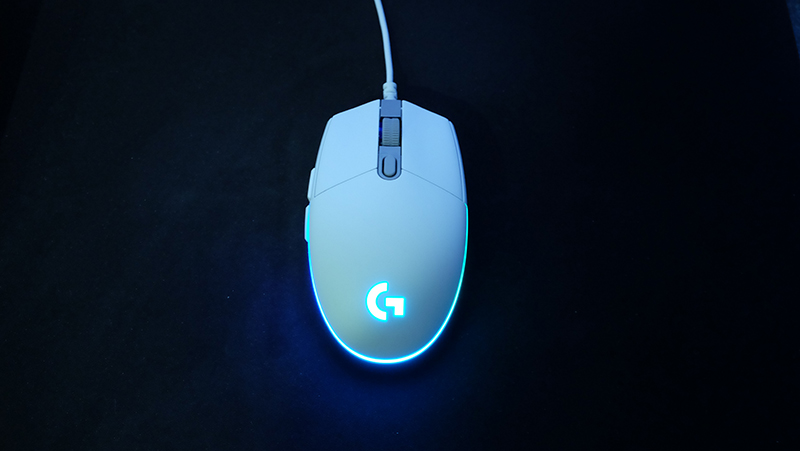 Coming from the G203 Prodigy, the LightSync has grey plastic down its middle instead of black. But that minute physical difference aside, both mouse chassis appear otherwise the same. Fortunately, the shape of the mouse is excellent, and it's long been one of my favourites since the first G Pro for its relatively diminutive size and comfortable shape. It's a safe one too, one that is very accommodating to most grip styles. This is a rather flat mouse however, so you might not like it if you prefer mice with prominent humps that fill your palm.

Another thing about the shape I like is the way the sides taper in toward the bottom, which means that the area where you grip the mouse is actually narrower than it might seem. I prefer mice with narrow grip widths and find them more precise to aim with, but your experience may differ.

At 85g, the G203 LightSync is an entire weight class above today's breed of ultralight mice, many of which tip the scales at under 70g. But while it may not be ponderously heavy, the increase in weight is very noticeable coming from the Finalmouse Ultralight 2. Having said that, build quality is really solid, and there is no discernible creaking or flexing when pushing down on the top and sides of the mouse. 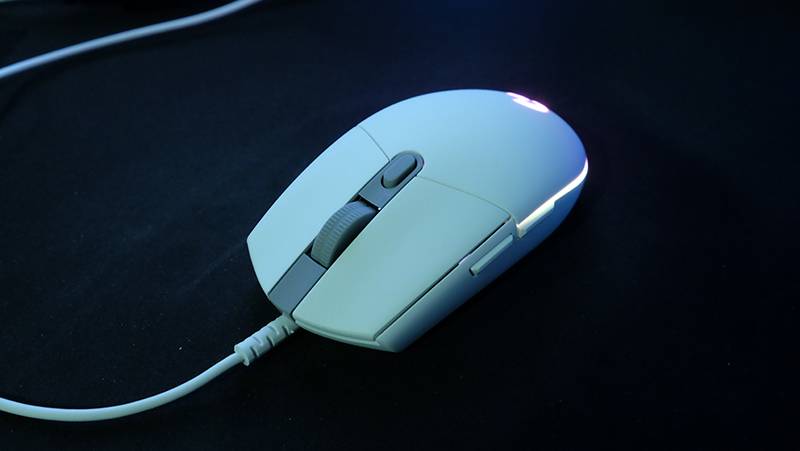 The buttons and Omron switches are similarly well-implemented. They click satisfyingly and are responsive and crisp, with little post-travel as well. Logitech has utilised what it describes as a metal spring button tensioning system for more precise button actuation and consistency, and it feels like it's paid off here. The side buttons have more post-travel to them, but the good thing is that they feel pretty consistent regardless of whether you're pushing them dead on or from the sides. The scroll wheel offers clearly defined notches, great for when you're using it to switch between weapons in-game or something similar. It's relatively quiet too, only becoming audible when you scroll really quickly.

The mouse feet are four small ovals in each corner, and they glide smoothly right out of the box with no bothersome scratchiness. Then there's the cable, which is a pretty standard rubber cord. It's more flexible than your average stiff braided cable, but it's nowhere near as good as the paracord-style cables that are commonplace on top mice today. 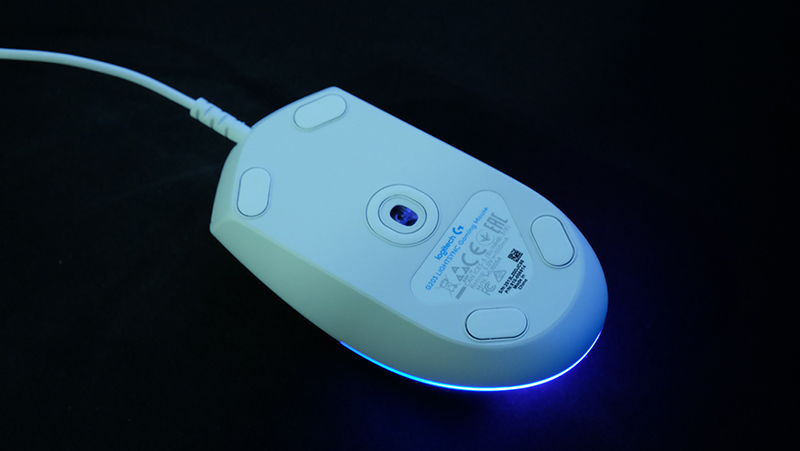 The biggest single difference coming from the G203 Prodigy is the lighting system. There are now three separate lighting zones – left, middle and right. Strangely enough though, the logo is not its own independent lighting zone, and it appears to blend the colour from the three lighting zones that encircle the mouse. The lighting effects are smooth and bright, and you get to pick from a bunch of presets like cycle, breathing and colour wave, or customise your own. 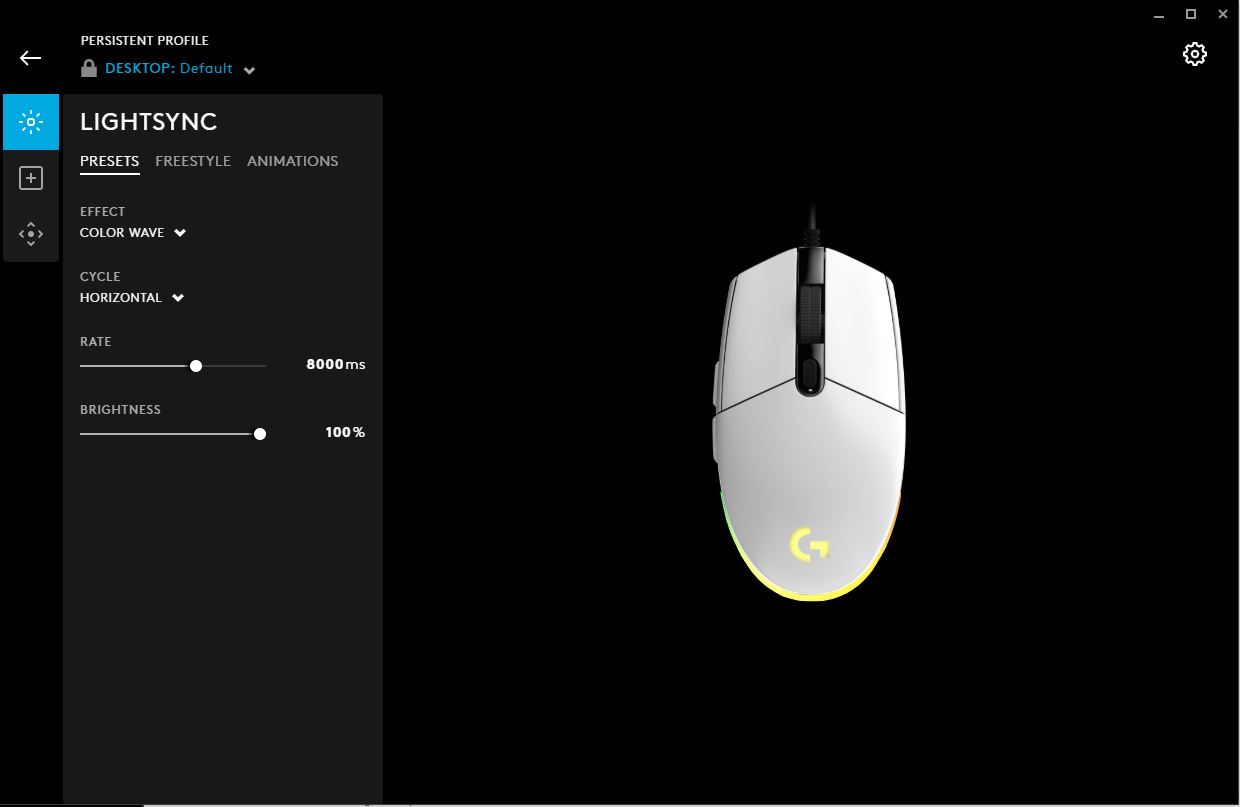 Finally, the sensor is an 8,000 DPI optical sensor. It may not have the stratospheric range of some of today's top sensors, but it's more than sufficient. Logitech hasn't slapped a name on this sensor though, or any other specifications. Nevertheless, the sensor worked fine when I was using it, with no noticeable acceleration or jitter. 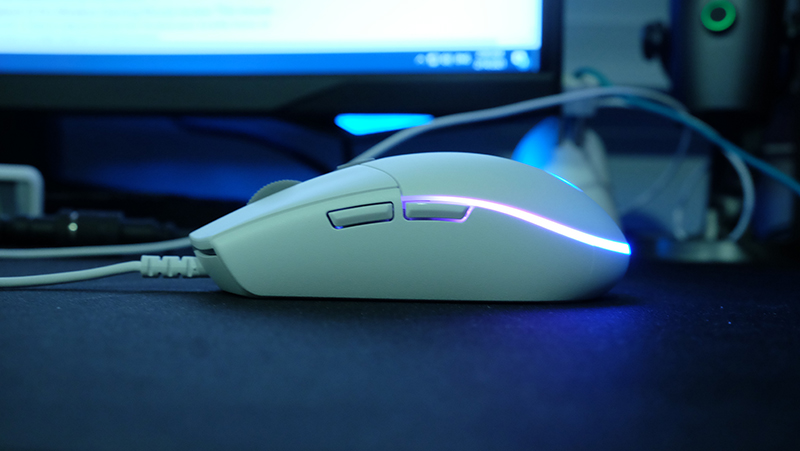 At S$59, the Logitech G203 LightSync is an affordable budget mouse. However, it's lagging behind many of the top mice today in terms of features, and it is comparably heavier. And when there are mice like the Razer Viper Mini for just S$10 more, I'm not sure it makes much sense to get the LightSync mouse. While it's not a bad product per se, it just hasn't managed to keep pace with the competition.

Perhaps it might be more worthwhile to snag one if you see it on offer such as the S$38 sale price at the time of publishing (on 18th February) on Logitech's Shopee e-store.

Write a Review
Compare This | Specifications
Affordable price
Versatile, comfortable shape
Solid build quality and satisfying primary buttons
Heavier than the competition
No flexible paracord-style cable
No significant upgrades coming from the G203 Prodigy
Our articles may contain affiliate links. If you buy through these links, we may earn a small commission.
Sponsored Links