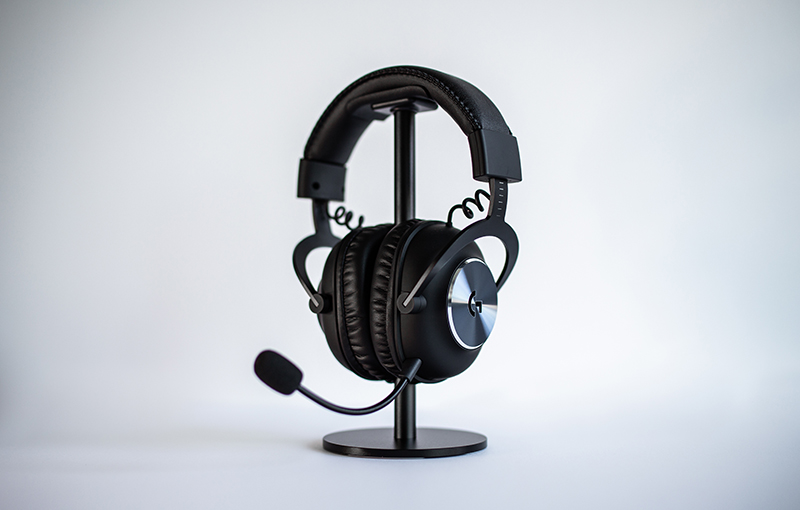 Logitech was the first to prove that wireless gaming peripherals could be a thing, and its Lightspeed wireless tech has since made its way into its top-of-line mice, keyboards, and headsets. The G Pro X Wireless is quite simply the wireless version of the popular G Pro X, and as befits the premium G Pro X series, it sports a clean, modern design that is free from any garish RGB lighting.

By the standards of gaming headsets, these hew to a very minimalist aesthetic, and they remind me of aviator headsets, not unlike the Razer BlackShark V2. In fact, they look quite classy and are some of the best gaming cans I've seen. There's plenty of metal used here, from the spun-metal pieces on the exterior of the ear cups to the headband mechanism, which further contributes to the premium feel. Everything is extremely sturdy and well-built, but this does mean that the G Pro X Wireless is fairly heavy, weighing a good 370g. 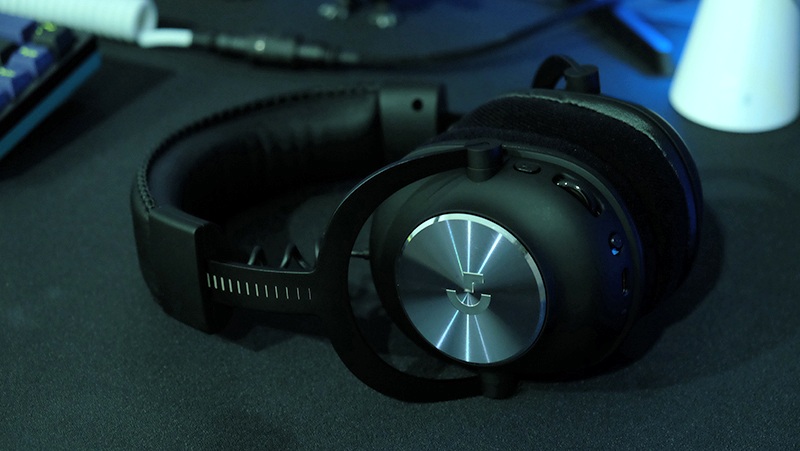 The added weight, combined with a higher clamping force than I'm used to, means that the G Pro X Wireless can start to feel a bit uncomfortable after long hours. I've yet to find a gaming headset that beats the Razer BlackShark V2 in terms of comfort for me, and the memory foam padding on the G Pro X's steel headband is considerably less plush than that on Razer's headset. The ear cups feature memory foam padding as well, and they do a good job of cushioning your ears, but they aren't quite enough to mitigate the tight feeling you get around your head after several hours of use.

The G Pro X Wireless comes equipped with leatherette ear cups by default, but Logitech has also included replacement fabric ear cups that are more breathable. I preferred these over the leatherette, and it's nice having an option that you know won't peel over time. Swapping out the ear cups is easy enough, and I don't see anyone having trouble with it. All the headset controls are located on the left ear cup, including a microphone mute button, volume wheel, power switch, and thankfully, a USB-C port for the charging cable. The microphone is detachable, so you can dispense with it if you've got a better external one. One thing to note – the G Pro X Wireless does not support wired operation at all, so you'll still need to leave the 2.4GHz dongle plugged in even when the USB-C cable is connected. The dongle itself is rather large and bulky however, which may pose a slight hassle to laptop owners looking to game on the go.

Logitech's Lightspeed tech is excellent as expected, and I experienced no noticeable delay or lag while gaming or listening to music. The connection was reliable too, and at no point did the audio cut out. But while the G Pro X Wireless does come with the object-based DTS Headphone:X 2.0 surround sound technology, I generally preferred to play Valorant with it turned off. The regular stereo output does a pretty decent job when it comes to positional audio cues, and I found that turning the surround sound on affected the clarity of sounds somewhat. The soundstage isn't as wide or enveloping as with the JBL Quantum One or even the Razer BlackShark V2, but you can still hear clearly the direction in which the enemy is coming from. However, that's not to say that you should leave the surround sound tech off all the time, and it does add a nice bit of immersion and depth to the soundscape with games like Cyberpunk 2077. Night City just sounds richer and fuller with DTS Headphone:X 2.0, and there's a nice boost to the low end.

Music sounds pretty good on the headset as well. I enjoyed the extra kick in the lower frequencies, which added some oomph to tunes without muddying the rest of the frequencies. Mids and trebles are relatively balanced, so vocals shine through clearly. However, there can be a slight harshness to some songs, particularly with instruments like cymbals. I think music sounds generally better with DTS Headphone:X 2.0 disabled, as it makes audio sound a lot more congested and obscures detail. The G Pro X Wireless also comes with Blue Vo!ce functionality, which lets you apply custom EQ profiles to your voice, in addition to various presets. The latter includes things like Broadcaster 1 and 2, FM Station, profiles for high and low voices, and even so-called pro player presets from names like kennyS and Bjergsen. I don't really see the point of these player presets, and if anything, I found they made the microphone output sound worse. The G Hub software comes with a helpful mic test feature though, so you can record your voice and apply various presets or adjustments to it on-the-fly to see what you like best. 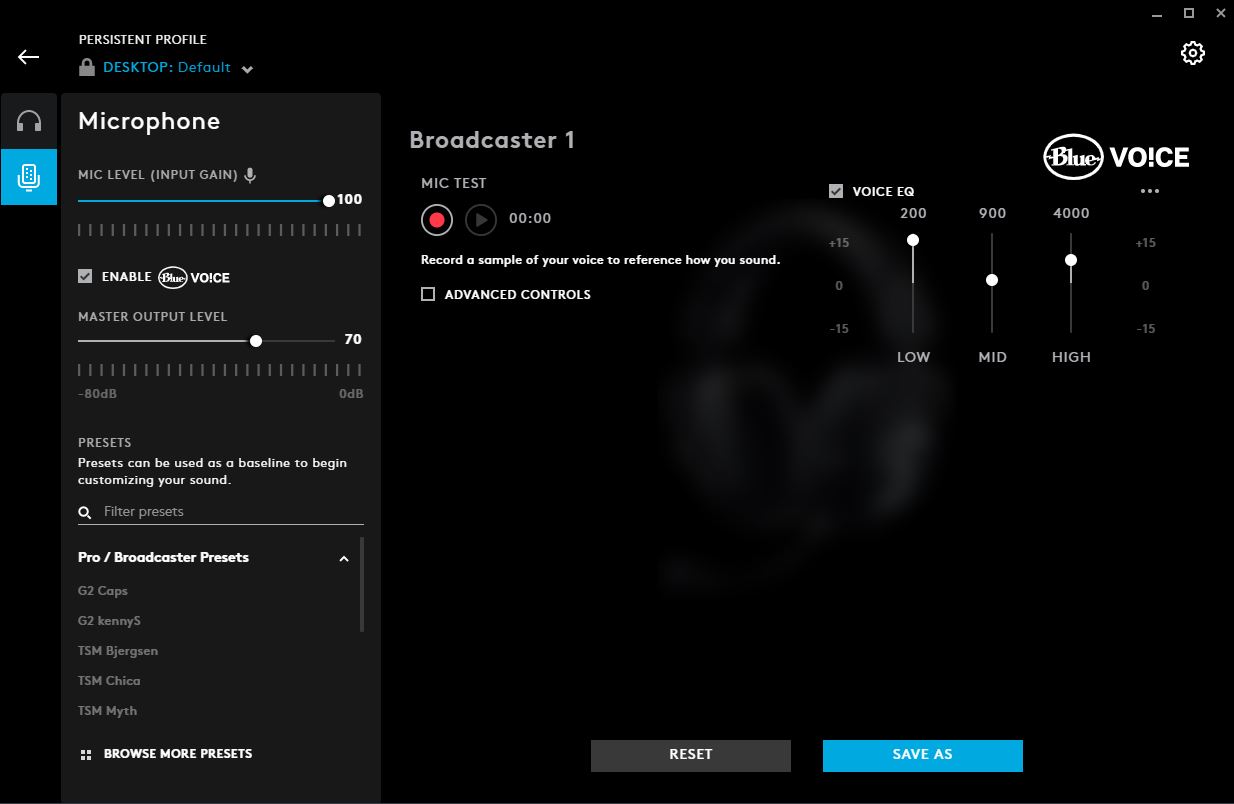 What about for console users? While the Logitech G Pro X Wireless will work with your favourite game console, there are a few caveats to take note. For example, since it can only work wirelessly, you'll need to sacrifice a USB port for the wireless dongle. Secondly, you'll have to forego surround sound and any Blue Vo!ce functionality as these will require the use of the G Hub software that you load on your PC or notebook.

As for battery life, it's pretty solid. Logitech is claiming over 20 hours of use on a single charge, and that's pretty much in line with what I got from the headset. After just over 10 hours I was down to roughly 48%. 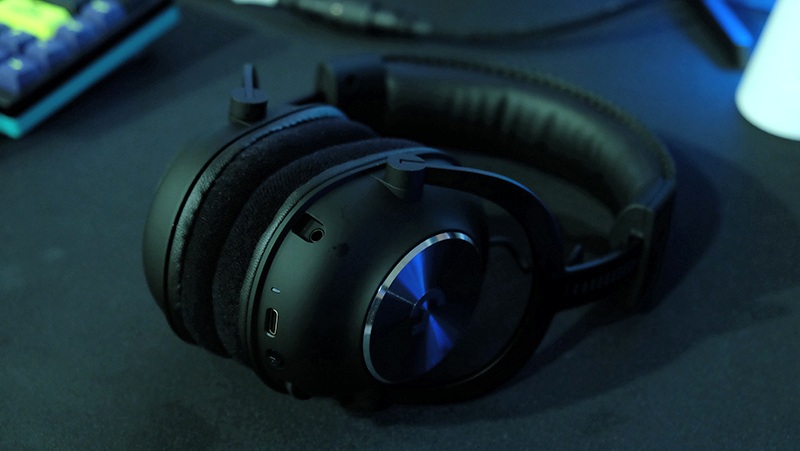 At S$329, the Logitech G Pro X Wireless is truly a hefty investment. Part of that price no doubt goes toward the Blue Vo!ce licensing, and I can't say that it actually confers any significant benefit. Audio quality, while good, doesn't do much to differentiate itself from the pack, and there are more affordable headsets that offer better positional audio and comfort. While Logitech bills this as a headset for esports professionals, it's really just a decent headset that is priced above what it deserves.

That said, wireless performance is excellent - be it just about lag-free connectivity, sound quality or the battery life the headset. If you absolutely must have a cordless headset without the usual RGB bells and whistles, this could be right up your alley. Otherwise, it's hard to justify paying that much for performance that while good, isn't quite the game-changer the price tag might suggest.

Keen to get the Logitech G Pro X Wireless? You can get them at these outlets: Lazada, Shopee and Harvey Norman.