Making a case for AC1200 routers

If there was ever such a thing has an iconic router, the Linksys WRT54G router from 2002 would be a top contender. The WRT54G also happens to be one of the best-selling routers of all time, having shipped over 50 million units in the past 13 years. Today, Linksys continues to manufacture and sell a variant of it called the WRT54GL.

Early last year at CES 2014, Linksys, under the new ownership of Belkin, revived the WRT line with the WRT1900AC router. It was a stunning router, offering retro good looks, ease of use, and stellar performance. 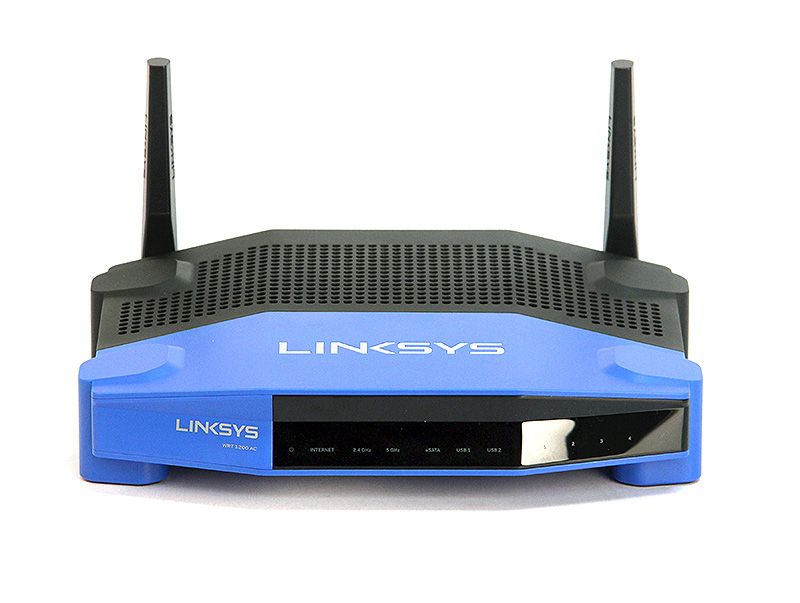 And at CES 2015 early this year, Linksys followed up with another WRT-class router, this time the WRT1200AC, a dual-band AC1200 router. An AC1200 router? Why not an AC2400 or even AC3200 class router? Surely the WRT name should offer blistering performance, so why a router that offers “only” up to 1200Mbps of throughput?

There are two reasons to this. To begin, Linksys explained that they will only release a WRT router when the technology has matured. And for them, they view AC2400 and AC3200 as emerging technologies that require time to mature and further fine-tune. There’s some truth to that. For example, there is still a serious lack of compatible 4x4 clients that can fully maximize the performance potential of AC2400 class routers.

The second reason is that most 802.11ac compatible clients (smartphones, tablets and notebooks) in the market right now only support one or two spatial streams, which means they cannot maximize the performance potential of even AC1750 and AC1900 class routers. And these routers have been in the market for years!

For example, modern notebooks such as the Dell XPS 13 and high-end gaming notebooks like the Aftershock W-15 and the MSI GT80 2EQ Titan SLI have Wi-Fi adapters that support only two streams and hence a maximum throughput of 867Mbps on the 5GHz band - which is exactly what the Linksys WRT1200AC offers. To date, the only notebook that we have tested that has a Wi-Fi adapter that support three spatial streams and 1300Mbps data transfer rates is the 13-inch MacBook Pro.

Additionally, remember in our guide to 802.11ac networking we touched on congestion caused by multiple devices? This is because routers today only support SU-MIMO (Single User Multiple Input Multiple Output) can only serve a single device at any one time. This means performance is ultimately dependent on two things: client compatibility (i.e. number of streams) and the number of devices connected to the network.  Of course, all of this changes when talking about MU-MIMO routers, but that technology, which is built into all AC2400 class routers, is not ready yet. And sure, an AC1900 or higher class router can offer more in terms of redundancy of signals even when compared with single or dual stream clients, but this should only come into play at extreme ranges or if your environment is "noisy" and saturated with signals from neighboring Wi-Fi networks. In all, what we are saying is that unless you have a 3x3 client, you will not be missing out much on performance when using an AC1200 class router. 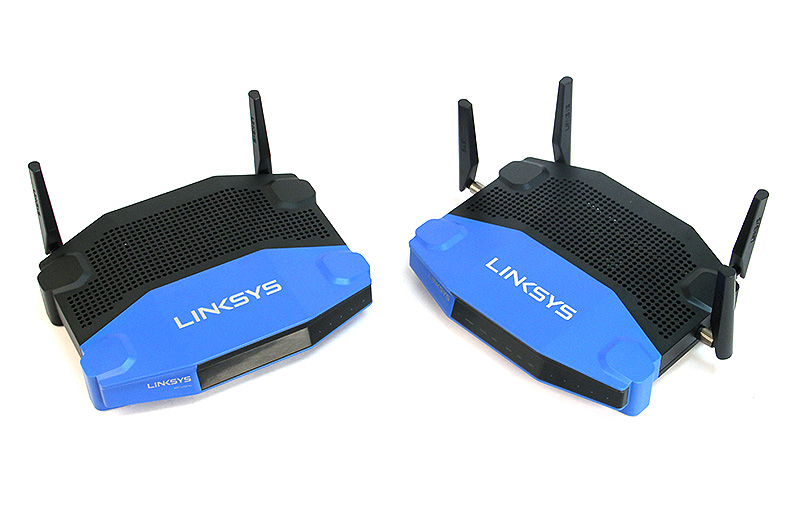 Round the rear, the WRT1200AC router has the same ports and connections as the WRT1900AC router. There’s a single Gigabit WAN port and four Gigabit LAN ports, a single USB 3.0 port, and an eSATA/USB 2.0 combo port. There’s also a reset button and a WPS setup button. 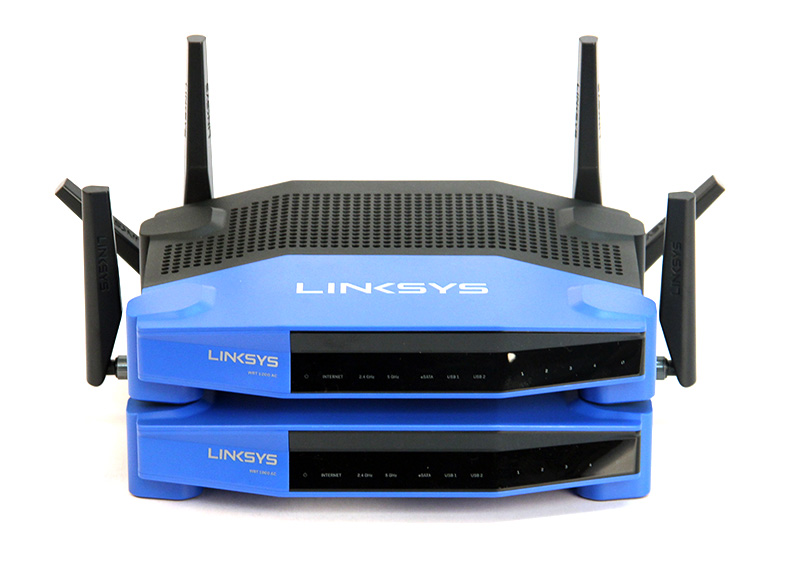 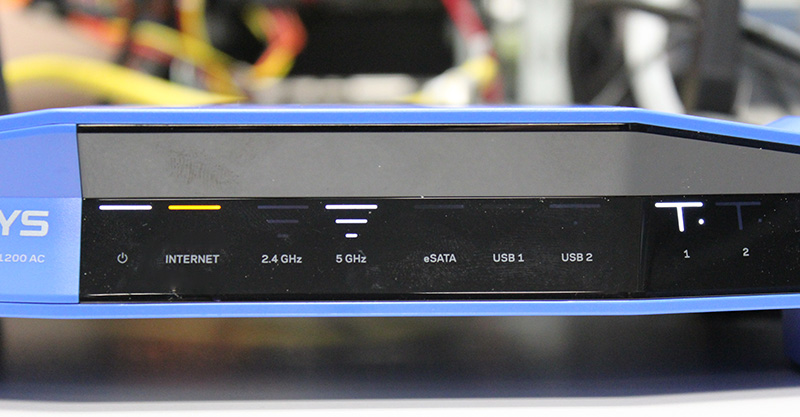 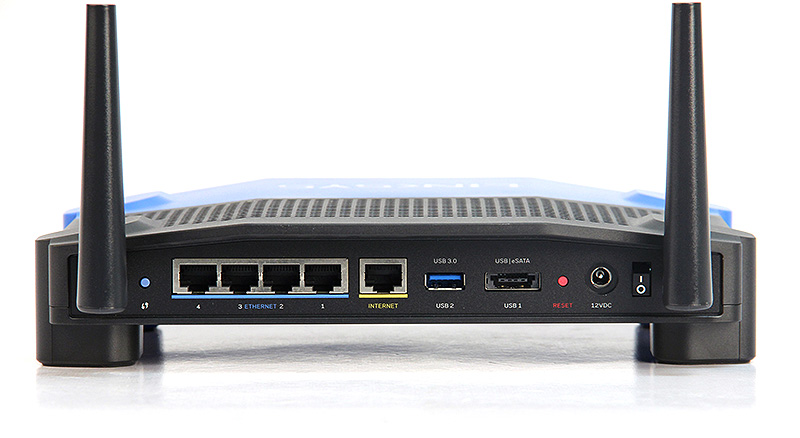 Underneath, the WRT1200AC router is powered by Marvell’s latest ARM-based dual-core Armada 385 SoC that runs at 1.3GHz. Linksys informed us that this is a more powerful processor than the 1.2GHz Marvell Armada MV78230 SoC in the older WRT1900AC router. It also runs cooler, so there's no need for fans like the WRT1900AC router has. Radio duties are handled by the Marvell 88W8864 chipset with support for two spatial streams. This means data transfer rates of up to 867Mbps on the 5GHz band and 450Mbps on the 2.4GHz band.

The WRT1200AC router comes with Linksys’ Smart Wi-Fi user interface, which is, in our opinion, one of the most user-friendly and powerful setup interfaces. As we have mentioned in previous reviews of Linksys’ Smart Wi-Fi routers, the interface is easy to navigate and use. For example, the QoS management system lets users prioritize connections based on devices as opposed to specifying ports and applications, which is considerably more practical and easy. 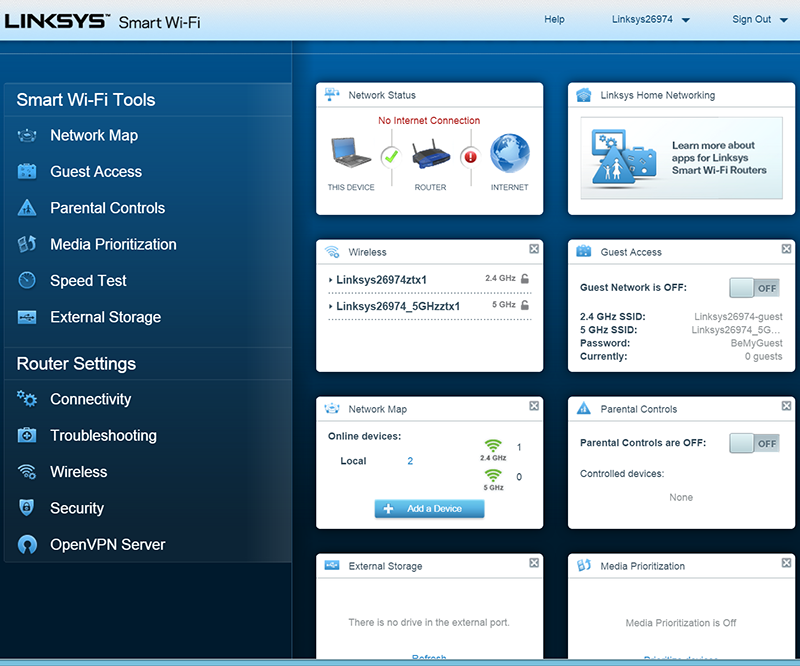 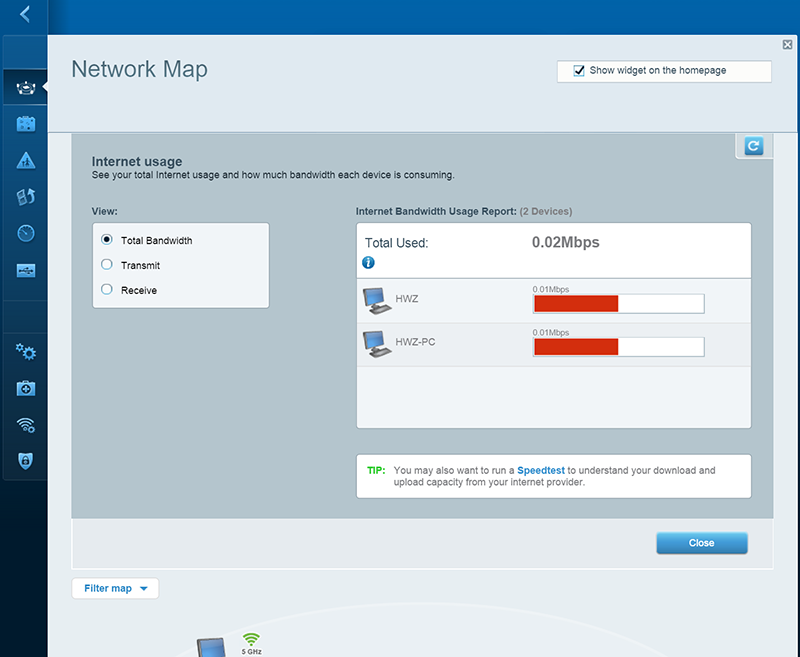 Linksys also offers upgrades to the user interface and the latest updates sees improvements to the main menu options, better device recognition for the network map (a nifty utility that quickly gives you an overview of all devices connected to the router), and support for OpenVPN, which can be used to give you direct access to your router for remote management without the need of going through Linksys’ services. Of course, for most regular users, you can still remotely manage your router by using Linksys’ Smart Wi-Fi app (available free for both iOS and Android) or simply by logging on to the Linksys Smart Wi-Fi portal.