Flagship products are always interesting and exciting because they represent the best efforts from the company. And at CES 2016 earlier this year, Linksys introduced their new flagship EA9500 Max-Stream AC5400 MU-MIMO Gigabit Router (a veritable mouthful, so we will just refer to it as the EA9500 from here on). 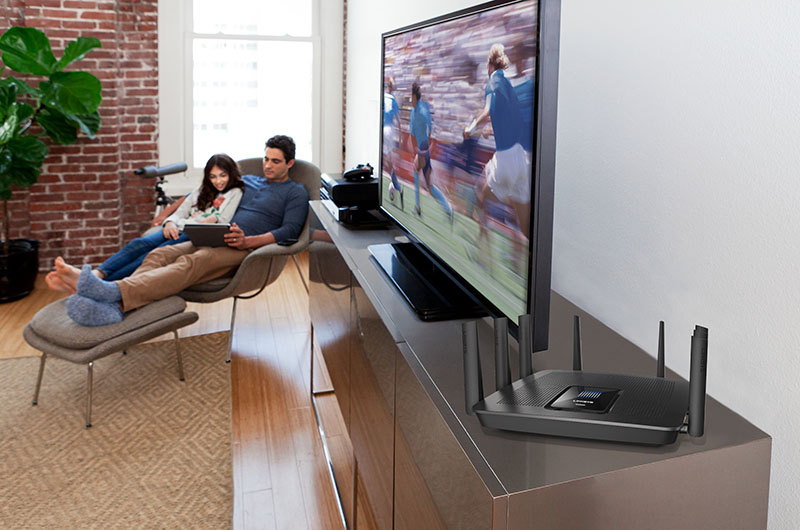 This router combines the very latest and best of home networking technologies, and we were eager to get our hands on it. However, we were made to wait as Linksys decided to tease us by releasing its products gradually. And just over a month ago, they introduced the EA9500’s little brother, the EA7500, one of the few AC1900 class routers that supports MU-MIMO. So how much more advanced in the EA9500 and what new features does it have? Glad you asked, let us tell you. 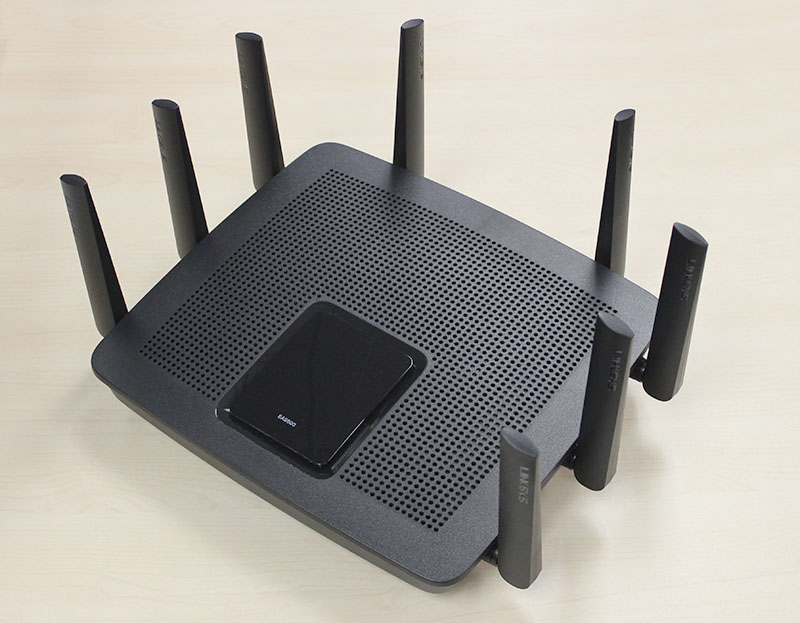 Let’s clear some things up first, because it may be confusing to some that the Linksys EA9500 is dubbed as an AC5400 router. The specifications of this new router are in fact identical to earlier AC5300 class routers, like the ASUS RT-AC5300 and Netgear Nighthawk X8, that we have reviewed. In fact, these routers all rely on Broadcom’s 5G XStream platform for their wireless capabilities. The reason the Linksys EA9500 is dubbed as an AC5400 router is because they decided to go with Broadcom’s classification official rating. Broadcom refers to its chipset as being capable of 5.4Gbps. In fact, TP-Link’s new Archer C5400 router will also follow it Linksys’ footsteps and have an AC5400 rating. So when you see AC5400 and AC5300, just remember that they refer to the same class of routers. 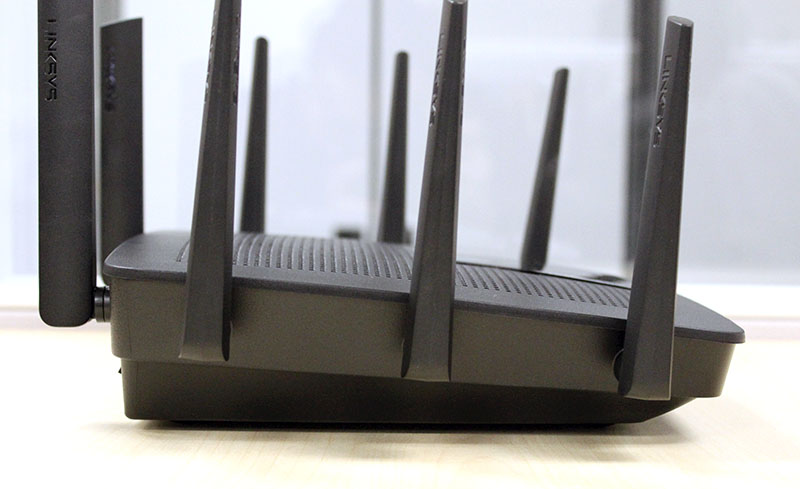 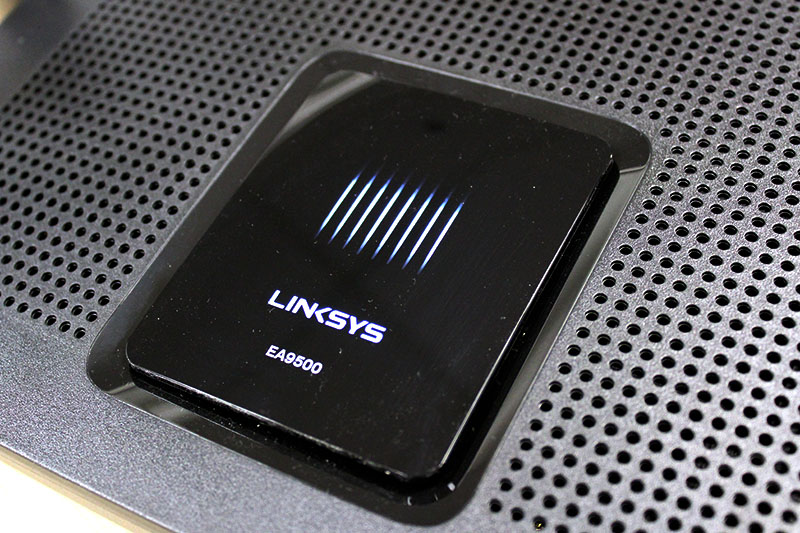 In terms of design, the Linksys EA9500 does not deviate too much from other models in Linksys’ stable. Like Linksys’ other routers, the EA9500 router comes decked entirely in black and features a simple design that makes it look like a huge black brick. The top panel, however, is filled with vents to keep the router’s internals cool and there’s a very cool-looking LED system status indicator panel with an illuminated Linksys logo that shows the status of the router. There are 8 indicators on the panel and they are used to tell if Wi-Fi is operational and if there are MU-MIMO devices connected. Unfortunately, these indicators do not tell if the Gigabit Ethernet ports are working.

To the right of the router, users will be able to find two buttons: one for turning the Wi-Fi on or off, and another for WPS setup. This is pretty standard stuff for most high-end routers, but we would prefer an additional button that turns the LED status indictors off too since they can be quite distracting at night, especially if you sleep in the same room as your router. 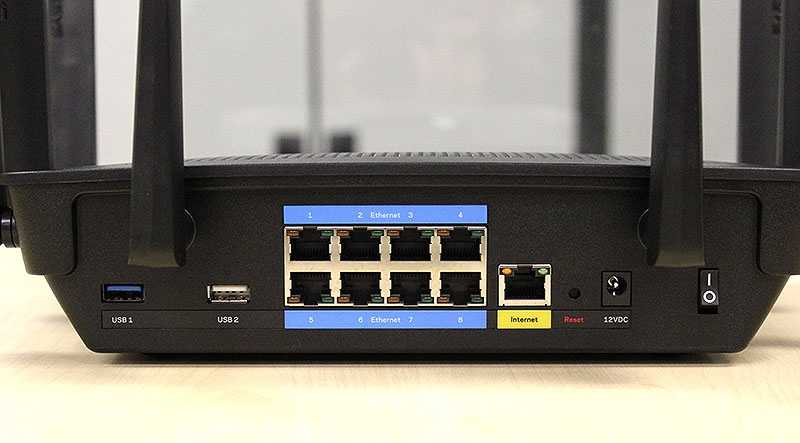 Behind the router is where users will find a pleasant surprise. There’s still a single Gigabit Ethernet WAN port, but instead of the usual four Gigabit Ethernet LAN ports, Linksys has decided to outfit the EA9500 router with a whopping 8 Gigabit Ethernet LAN ports. This is a much welcomed feature, considering the amount of connected devices we have today. This means that you can connect your router to, say, your TV, set-top box, console, NAS, and still have ports to spare. Our only gripe is that these LAN ports do not support port aggregation. There's also a USB 3.0 and a USB 2.0 port for connecting to printers and external storage devices for print and file sharing. 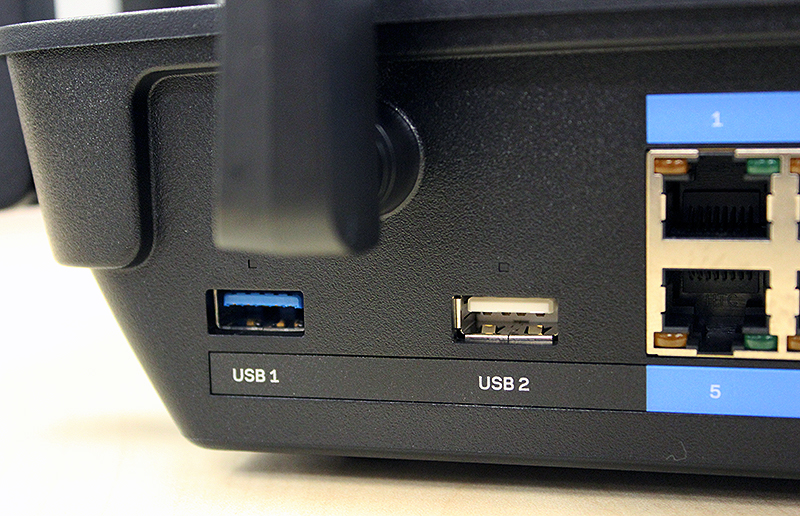 As mentioned earlier, the Linksys EA9500 router relies on Broadcom’s 5G XStream platform for its wireless capabilities and so it has mostly the same innards as other AC5300, AC5400 class routers. This means that powering the EA9500 router is a 1.4GHz dual-core Broadcom BCM4709 processor and three BCM4366 radios. These radios are 4x4 stream and also MU-MIMO capable (read all about this technology in our older Linksys router review where it first debuted). Speaking of MU-MIMO, the EA9500 router is, at the time of writing, the only router in the AC5300 class that supports MU-MIMO right out of the box. Other AC5300 class will or might eventually get MU-MIMO support via firmware updates, but the EA9500 is currently the only one that supports MU-MIMO as is. 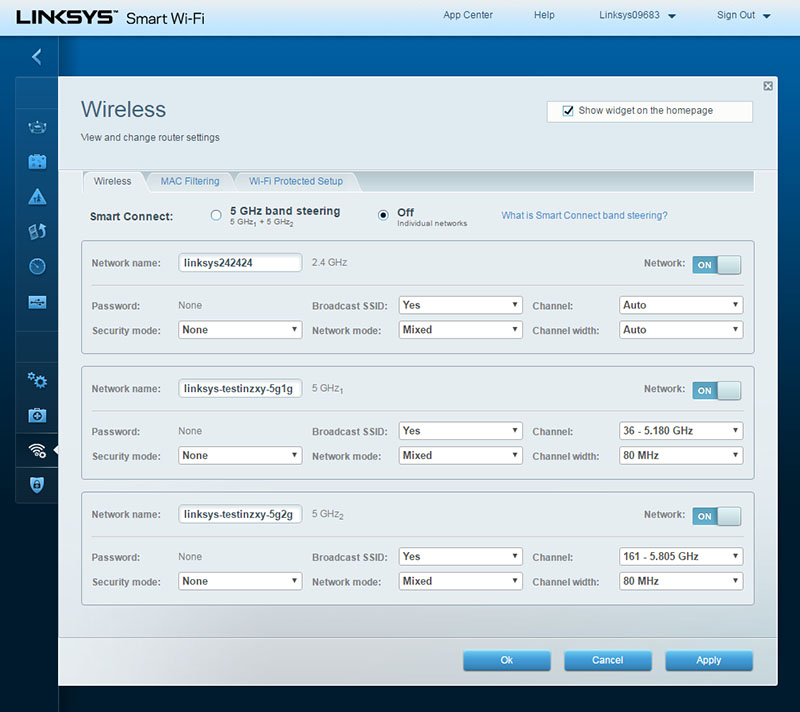 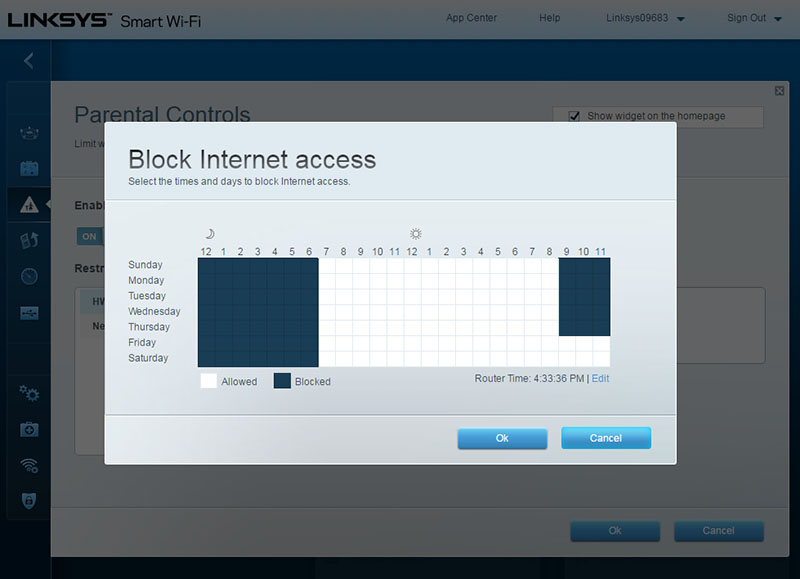 The EA9500 router also features Linksys’ Smart Wi-Fi user interface and software stack. We have mentioned previously that this is arguably the most user-friendly setup interface in the market and that has not changed. If you have used any other Linksys Smart Wi-Fi router before, you’ll know what to expect. For those unfamiliar with Smart Wi-Fi, it offers a good balance of ease of use and control, and offers features such as traffic monitoring, QoS, parental control, cloud storage and more.

A lot of thought has gone into the design and an example would be Linksys’ QoS management system, which gives users the option to prioritize connections based on devices as opposed to simply just specifying applications and the ports they use. This is both easier and considerably more practical for most users, and is something that we are seeing rival router companies beginning to implement in their own setup user interfaces. 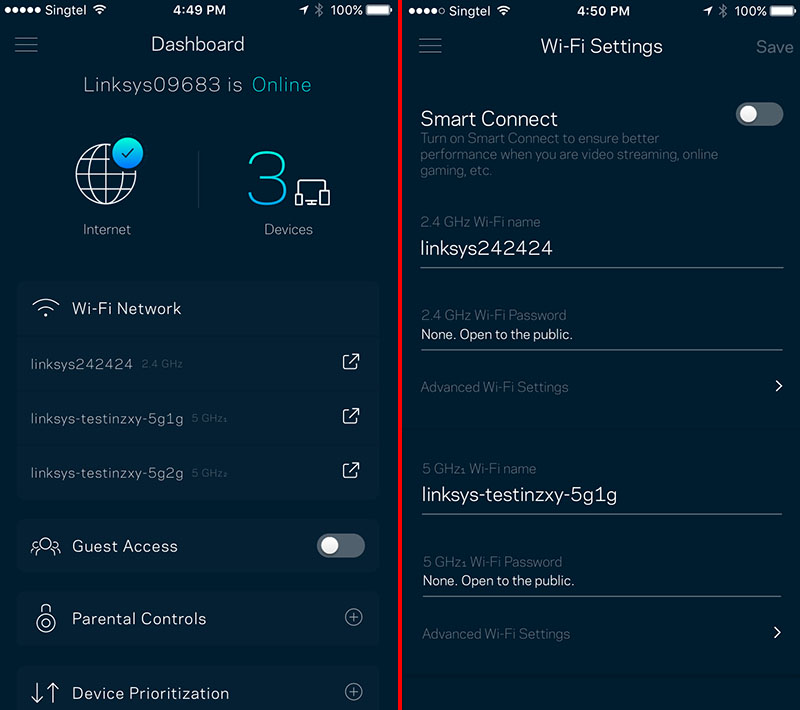 Linksys also recently updated the Smart Wi-Fi app, and thanks to its refreshed interface, it's now easier to use than ever. Plus, it also gets a few new nifty features, such as offline notification, which sends you a notification on your mobile device should your router lose its connection to the Internet.

Write a Review
Compare This | Specifications
Superb performance across all tested ranges
8 Gigabit Ethernet ports
Smart Wi-Fi for easy setup and management
Only router in its class to support MU-MIMO
Remote router management
Uninspired, bland design
Benefits of MU-MIMO not game-changing
No support for Ethernet port aggregation
High price
Our articles may contain affiliate links. If you buy through these links, we may earn a small commission.