To test the Linksys EA8100, we are using our standard test setup which consists of two notebooks, one acting as a host machine and the other as a client device. The router, or in this case, node, acts as a gateway. For systems where manual settings are possible, a channel bandwidth of 80MHz is selected where applicable.

Since the Linksys EA8100 is capable of tapping into the DFS spectrum, we will be using one of the DFS channels to test. Our test environment is moderately noisy and I can detect about 16 to 20 networks at any one time.

To evaluate the Linksys EA8100’s performance, we will be comparing it against the Linksys EA9500 (one of the fastest routers we have ever tested) and the Portal Wifi (a compact little router that also supports DFS). We have also included results of the Netgear Orbi (winner of the best mesh networking system at Tech Awards 2018) and the Google Wifi (a very popular mesh networking system). 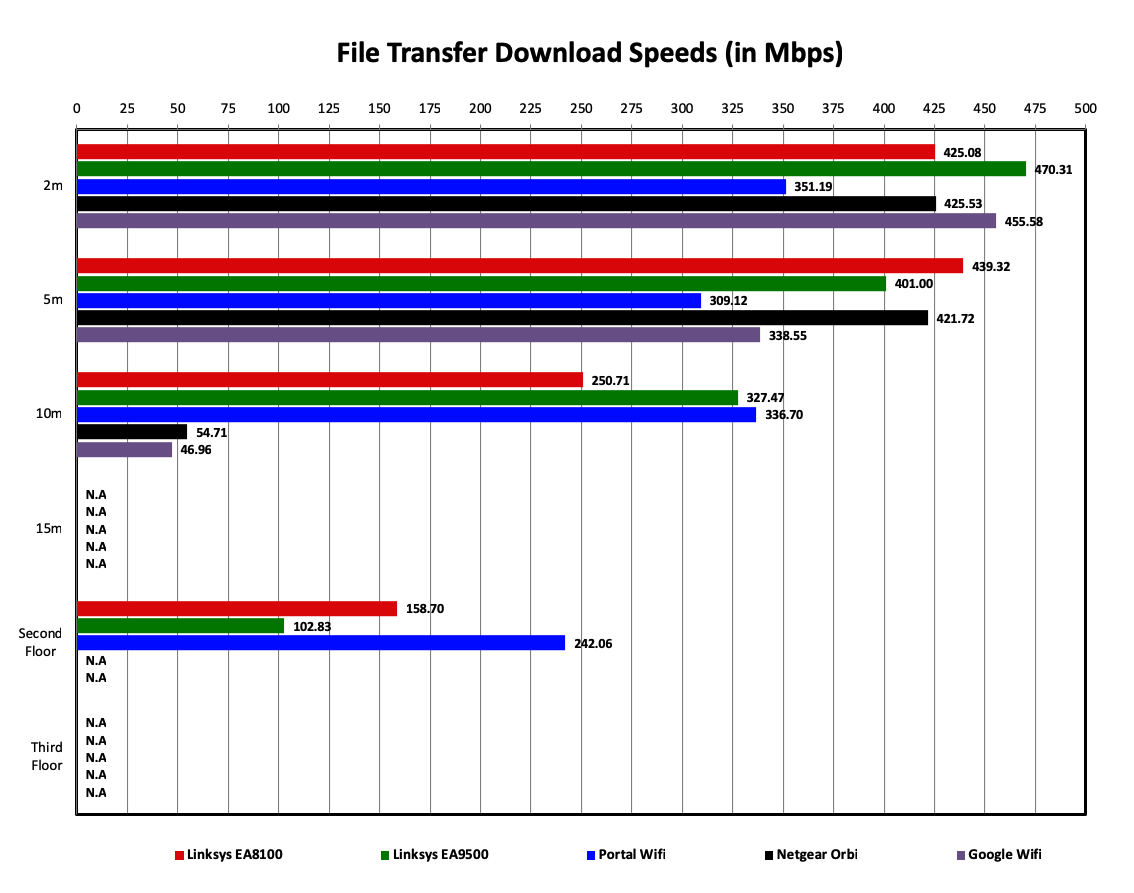 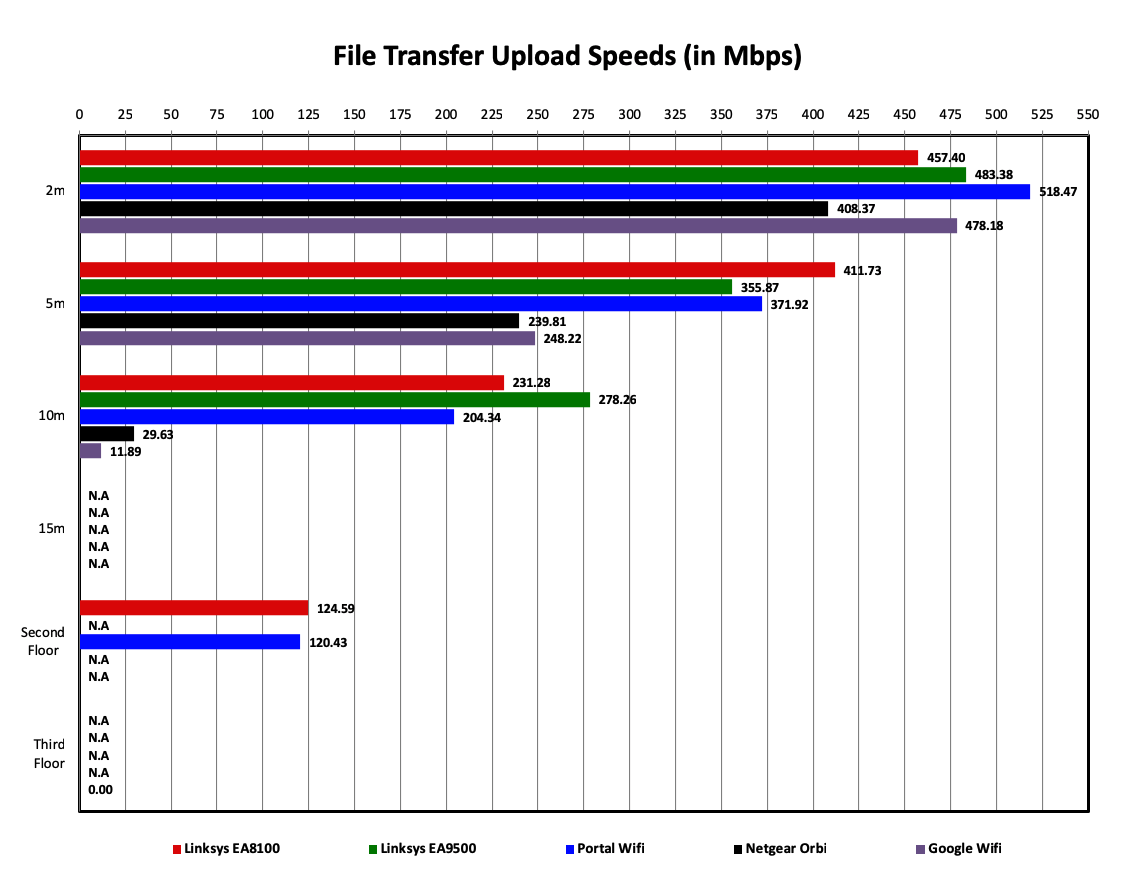 A note about the EA8100's DFS implementation

While the EA8100 router has an inclination for using the DFS channels, it does have one shortcoming and that it is if it vacates the DFS spectrum because there is a government radar nearby, it will not automatically return. It will instead just languish in the 'regular' 5GHz spectrum that every other router is using. To rectify this, users need to a) select the channel manually or b) reboot the router. Either way, user intervention is required and it is cumbersome. Another problem is that there is no clear indication if the EA8100 is, in fact, using the DFS channel unless you have a Wi-Fi analyzer or if you constantly go into the router's management interface and check what channel it is on. If it is any consolation, I have been using the router for about two weeks now and I live close to an army camp. Despite this, the EA8100 has been using the same DFS Wi-Fi channel (136) ever since I set it up.

For a router that is given free by an ISP when you sign up for a fiber plan, the Linksys EA8100 is outstanding. Most ISPs only give OEM routers that are short on performance and features, but the Linksys EA8100 has all the features one would expect from a Linksys router and it performs admirably.

As far as performance is concerned, its close range performance was first-rate and it only showed signs of slowing down from beyond 10 meters. And even so, its performance at farther ranges was still very usable. Certainly, browsing the web and watching high-resolution YouTube videos at 10 meters won’t be a problem. 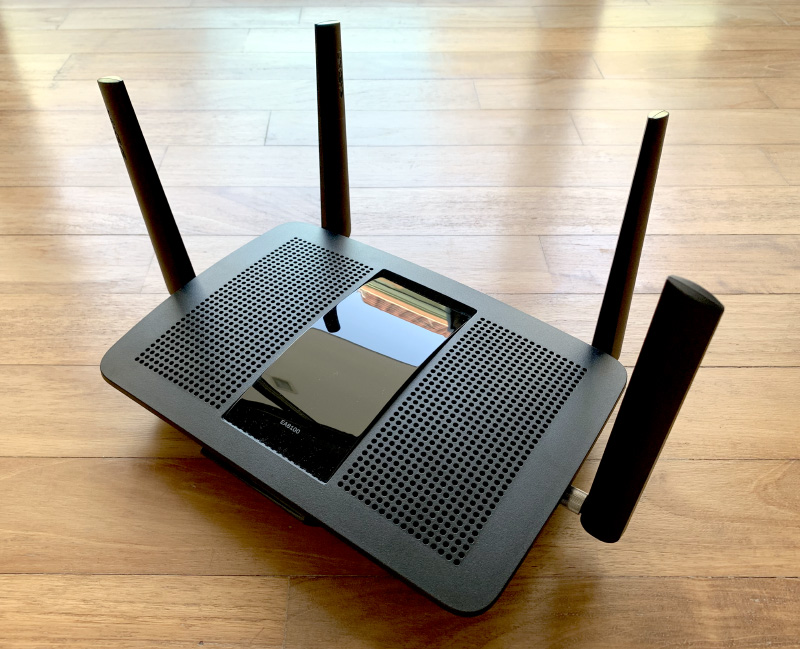 Much of its performance can perhaps be attributed to its support of DFS. DFS isn’t heavily supported by routers yet so jumping on the bandwagon now makes sense as you would be one of the few users to have access to the restricted Wi-Fi channels.

Speaking of DFS, one thing to note is that if the EA8100 router senses radar nearby, it will have to vacate the DFS spectrum. And when it does, it will not automatically return to the DFS spectrum and requires users to either manually change the Wi-Fi channel or reboot the router. Hopefully, Linksys can make the EA8100 more intelligent and have it automatically select a DFS channel when radar is no longer in the vicinity in a future firmware update.

All things considered, the Linksys EA8100 is a competent router that offers a good suite of features and respectable performance. I’m not saying you should sign up with StarHub just to get this router, but if you are considering of signing up with StarHub or if you are already an existing StarHub customer, signing up or recontracting with them isn’t such a bad idea since you get a really nice little router.

Write a Review
Compare This | Specifications
DFS support
Respectable performance across all ranges
Smart Wi-Fi for easy setup and management
Able to manage remotely via mobile app
Exclusive to StarHub
Uninteresting design
Lacks features of some of its rivals
Requires intervention if no longer on DFS channels
Loading...
Sponsored Links