Life is Strange: True Colors feels like a huge step forward for the franchise

Life is Strange: True Colors feels like a huge step forward for the franchise 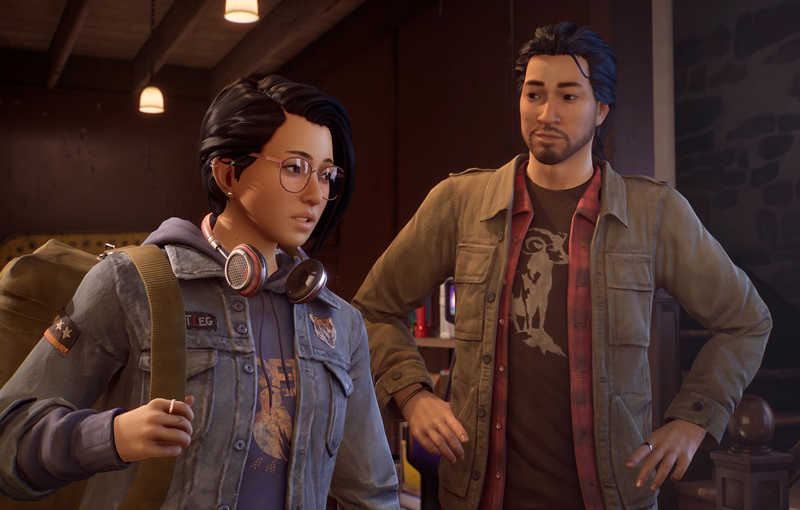 More of this, please.

Life is Strange is one of my favourite games of all time, and I’ve fallen hopelessly in love with the series ever since it started churning out sequels. From Max and Chloe’s murder-mystery shenanigans in Arcadia Bay to the Diaz brothers’ emotionally fraught road trip across America, this series has a proven formula that has  improved with time. When you pick up a Life is Strange game, you expect memorable characters and a powerful story that navigates mature themes meaningfully. For the most part, the series has delivered and then some.

Life is Strange: True Colors is not only the most visually breathtaking game to grace this franchise, but arguably its most complex. Between its memorable characters, interesting gameplay twists and thoughtful exploration of loss, this game is going to stay with me for a very long time. 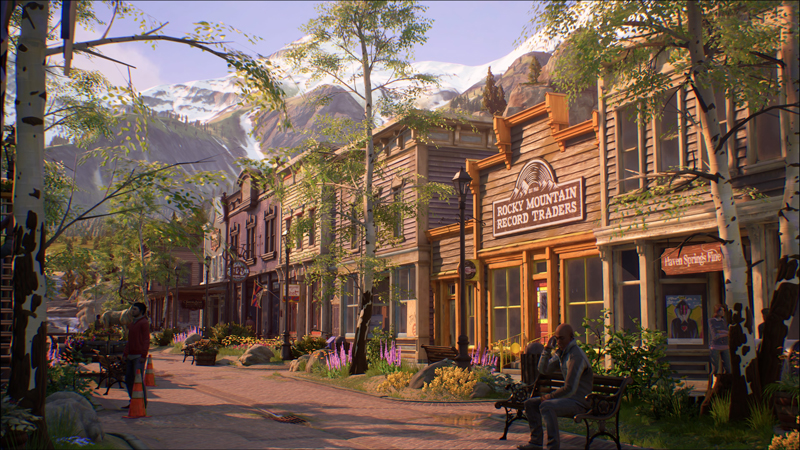 True Colours puts you in the shoes of Alex Chen, a foster kid abandoned by her father and separated from her brother in her youth. After years of being tossed about in the foster system, she finally reconnects with her brother, Gabe Chen, who invites her over to his home in Haven Springs. The game begins with Alex stepping foot in Haven for the very first time and meeting its citizens, all of whom have important roles to play in the darkness that soon unfolds.

Beyond the shadow of a doubt, Alex is one of my favourite gaming protagonists I’ve ever steered in a game like this. Taking a cue from Life is Strange 2, she has a mobile phone in which you can view texts from friends and enemies in her old life - immediately giving you deeper insight into her tumultuous life, and the reason she seems to be so firmly detached from the people around her. Her behaviour is entirely understandable. Like most Life is Strange protagonists, Alex possesses a unique ability that she has difficulty controlling. Where Max Caulfield could rewind the flow of time and Daniel Diaz could lift boulders however, Alex is an empath. 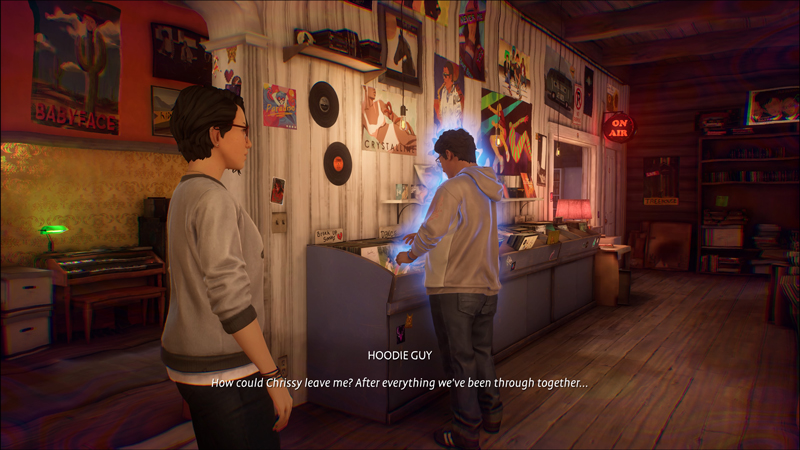 The trailers for this game undersold Alex’s abilities quite a bit. Not only is she an empath, capable of reading people’s auras and understanding their emotions, but she’s a telepath as well. She can peer into the minds of people around her and even pick up memories embedded in objects around town. It’s all about emotion - but it’s a more handy superpower than you might think, and it's incorporated into gameplay in all sorts of interesting ways. Unfortunately, Alex has trouble reaching into the minds of other people without immediately absorbing their emotions - which means that when other people feel rage, she immediately feels rage as well and lashes out. As a result, she’s grown up viewed by others as an erratic and unstable figure - and no one knows why but her.

It’s weirdly rare to play a game with a main protagonist being just as captivating as the people around them, but Deck Nine does a phenomenal job of drawing Alex as something of an enigma, and peeling back her layers organically as the story rolls on. Despite all this mystery however, she comes off as such a lovable dork in her interactions with Haven’s populace to the point that it’s difficult not to get attached to her yourself. Credit for that goes to Deck Nine, for absolutely nailing the dialogue here. Dialogue in a Life is Strange title can wildly swing from thoughtful to hamfisted, but it feels really true to life here.

And hey, while we’re on the subject of dialogue…

This action will have consequences 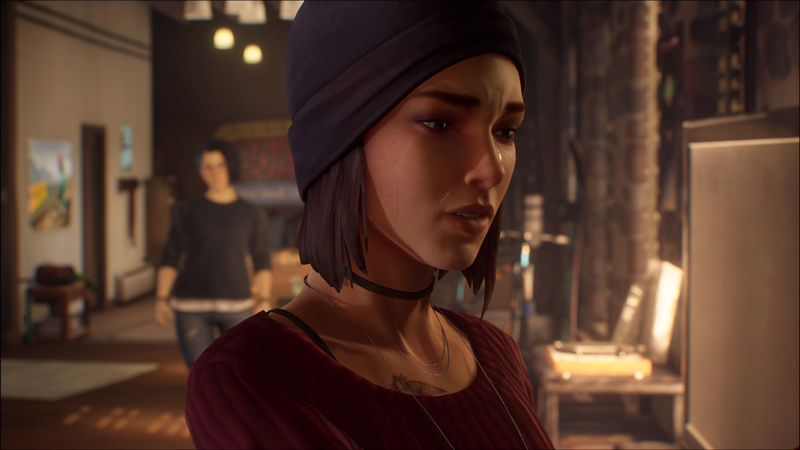 As Alex tries her best to uncover a conspiracy with roots set deep beneath Haven Springs, she’ll have to make more than her fair share of difficult choices. Whether you’re trying to pick a dialogue choice, going the extra mile to observe your surroundings or choosing one of the game’s two romantic candidates, all of Alex’s actions have meaningful consequences. You might end up with a different ending, or with one character either hating or deeply grateful for your company, but Deck Nine avoids painting these choices in pure black or white. You’re never really sure where each decision is going to take you, and that makes them feel meaningful in the long run.

Haven Springs is full of colourful characters to meet, and where Deck Nine has truly improved on past entries is how open-ended Alex’s journey feels. In reality, Haven Springs is a small town - essentially just one long stretch of street peppered with a few buildings and a park - but in practice, the game often puts the onus on you to either pursue the next main story event or just amble around town, looking for adventure. And adventure you shall find.

From the unnamed citizens of Haven Springs talking to one another on the street to familiar faces like Before the Storm’s Steph, Alex can touch the lives of everyone around her using her abilities. Almost all of it is optional - but why on Earth would you be playing a Life is Strange game if you didn’t want to explore these characters, especially when the game rewards you so richly for doing so? Haven immediately feels like home, and genuinely incredible voice and motion-capture work from Deck Nine and the main cast really makes you want to engage with its people.

The game even encourages players to slow down every once in a while, with certain spots allowing Alex to just sit down, take a breather and listen to some really good tunes as she contemplates recent events.

Being an empath isn’t all that

True Colors does so much right that its little hiccups feel that much more obvious during gameplay. I played the game after a few patches were released to fix things up, and still ended up with a strangely buggy ending - one where the camera kept cutting to an unfinished scene in the midst of a cutscene, robbing important events of their intended impact. Small technical hiccups like these were rare, but they did happen. I wasn’t as bothered by them however, as I was by the game’s framerate.

True Colors runs at 30fps on the PlayStation 5, which was my platform of choice. I’m not too bothered by games running under 60fps (sue me), but the game dipped slightly under 30fps frequently when entering populated areas or exiting a loading screen, and that did get annoying. It never felt broken as such, just unstable and in need of polish. While the game is still a massive step up from previous Life is Strange titles visually, it really doesn’t look like something the PS5 should have this much trouble running.

True Colors’ story pulls together a cast of loveable characters who bond through hardship and times of joy alike, but I still walked away wanting more - and not in a good way. Alex’s story arc comes to a satisfying conclusion, but not enough time is spent fleshing out characters central to her journey. The game unfolds in five chapters, and one of them consists of a ridiculously short stroll through Haven Springs. Why not plug in more interactions between Alex and her friends at that point, and really take the time to build up their bonds? The last two chapters feel similarly rushed, skipping over meaningful moments that would’ve really elevated its story. 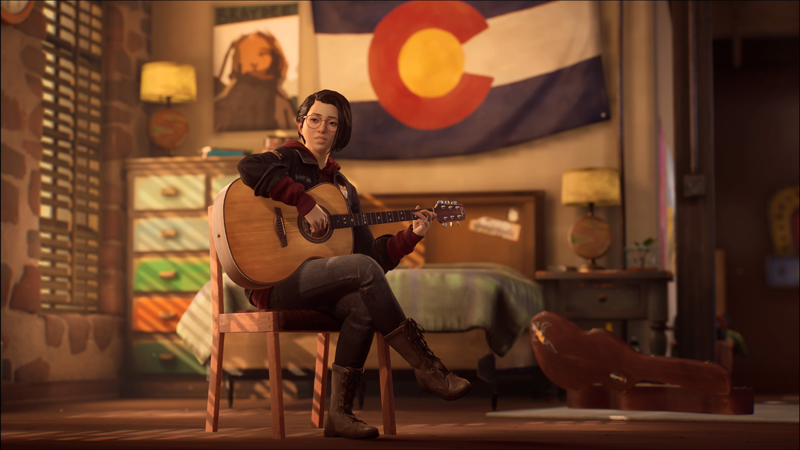 While my heart belongs to Arcadia Bay, it’s clear that Life is Strange: True Colors is the most well-made game in the franchise and it’s not even close. Though it wastes the potential of certain key characters by skipping over meaningful story beats, Alex Chen immediately comes off as the franchise’s best and most layered protagonist yet. As much as the story is mired in tragedy and loss, it is also about all the wonderful things that come with meeting people, sharing experiences and making a home.

True Colors also takes key lessons from past titles by including gameplay elements like real-time dialogue choices, phone texting and side-activities that make this feel like the most expansive and improved title in the series yet. Pair that with fantastic motion-capture work that brings incredible performances from Erika Mori (who plays Alex Chen) and the rest of the cast to life, and it takes very little effort to settle into Haven Springs and the lives of its populace.

If the future of Life is Strange rests on Deck Nine Games, then fans can rest assured that this franchise is in very good hands.

Write a Review
Compare This | Specifications
Unforgettable characters
Fantastic protagonist
Great soundtrack
Lots of side-activities
Feels a little too reminiscent of the first Life is Strange sometimes
Not enough time is spent fleshing out characters central to the story
Certain chapters feel way too short
Our articles may contain affiliate links. If you buy through these links, we may earn a small commission.
Sponsored Links