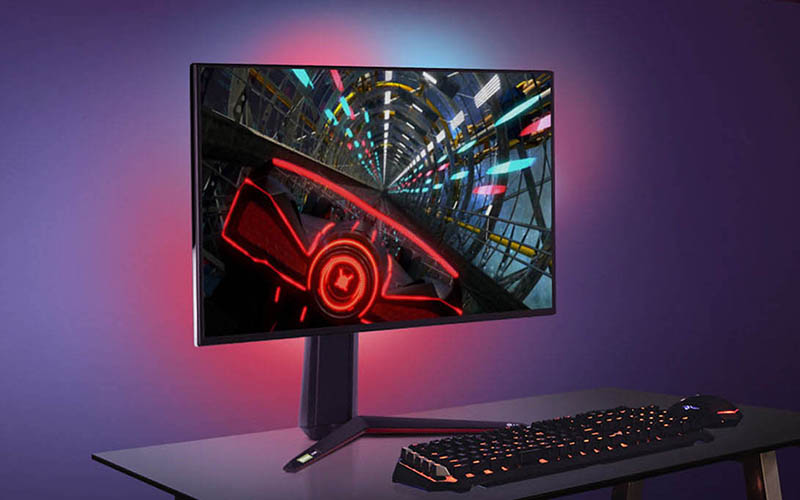 A premium display for gaming, movies and more

LG's UltraGear 27GN950 is a 4K gaming monitor that almost does it all. The company has pulled out all the stops, aiming to deliver a premium screen for gaming, content creation, and media consumption, and it has pretty much succeeded. The UltraGear 27GN950 is an absolutely fantastic monitor, and save for a few minor quibbles, it provides a stellar experience through and through.

Even before you power it on, it already impresses with its spec sheet. A crisp 4K resolution and 10-bit colour. Fluid 144Hz refresh rate. NVIDIA G-Sync Compatible. DisplayHDR 600 certification. LG's Nano IPS panel. The entire package comes together nicely, and the monitor is one of the best I've had the pleasure to use.

The 3,840 x 2,160-pixel resolution is astoundingly sharp on a 27-inch display. One might even argue that it is overkill. But coming from the 31.5-inch QHD Samsung Odyssey G7, the step-up in sharpness is immediately noticeable and everything from text to images is deliciously crisp. The monitor sits at a dense 163ppi, and it's impossible to make out the individual pixels. 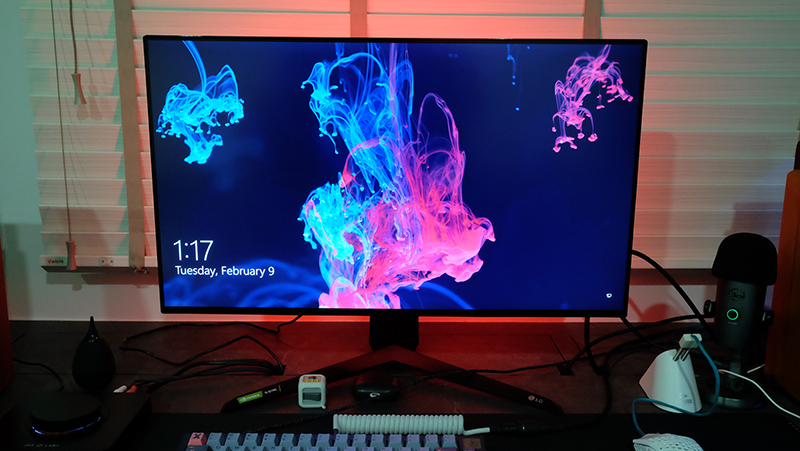 With a typical brightness of 400 nits, the UltraGear 27GN950 falls short of the 1,000 nits that you'll see on higher-end HDR screens. I've used a 1,000 nits screen before, and they're almost unbearably bright for me, so DisplayHDR 600 may actually be a more amenable middle ground for some folks, even if its HDR tech isn't as impressive. That said, I still found myself having to turn down the brightness on the LG screen to roughly 40, but I personally have a fairly low tolerance for retina-searing brightness, so your mileage may vary.

There are, however, only 16 edge-lit local dimming zones, so you're not really going to get what some may consider a proper HDR experience. Nevertheless, the UltraGear 27GN950 is still a massive upgrade from your average DisplayHDR 400 monitor, or any TN screen on the market. It features lush, vibrant colours that really pop, even when viewed at an off-angle. In Destiny 2, which supports HDR, the result was gorgeous, with deep blacks and colours that really leap out at you. I'm exaggerating slightly, but it was as if I'd been playing the game from behind a veil previously. 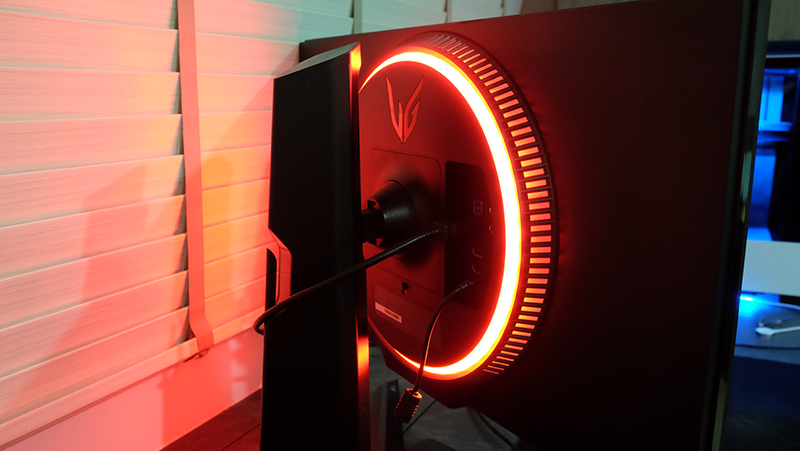 The monitor performed well in Valorant too, with no noticeable motion blur. The 144Hz refresh rate was a huge boon, and with G-Sync turned on, there was zero tearing whatsoever.

The Nano IPS panel is designed to offer a wider colour gamut, and LG is claiming up to 98% coverage of the DCI-P3 colour space for improved colour accuracy. This held up when I tested the monitor with the Datacolor Spyder X Elite, and the monitor truly has some serious content creation capabilities.

I also used the Spyder X Elite to generate a scorecard on the monitor's out-of-the-box performance, and you can see how it performed just below. Its weakest point was the luminance uniformity, where there was up to a 9% difference in luminance at 50% brightness in the top left corner, but I'm really nitpicking here. I didn't notice any glaring disparities while working or in game, and I don't think you will either.

All things considered, the monitor exhibits minimal differences before and after calibration, and it really is good to go right out of the box. 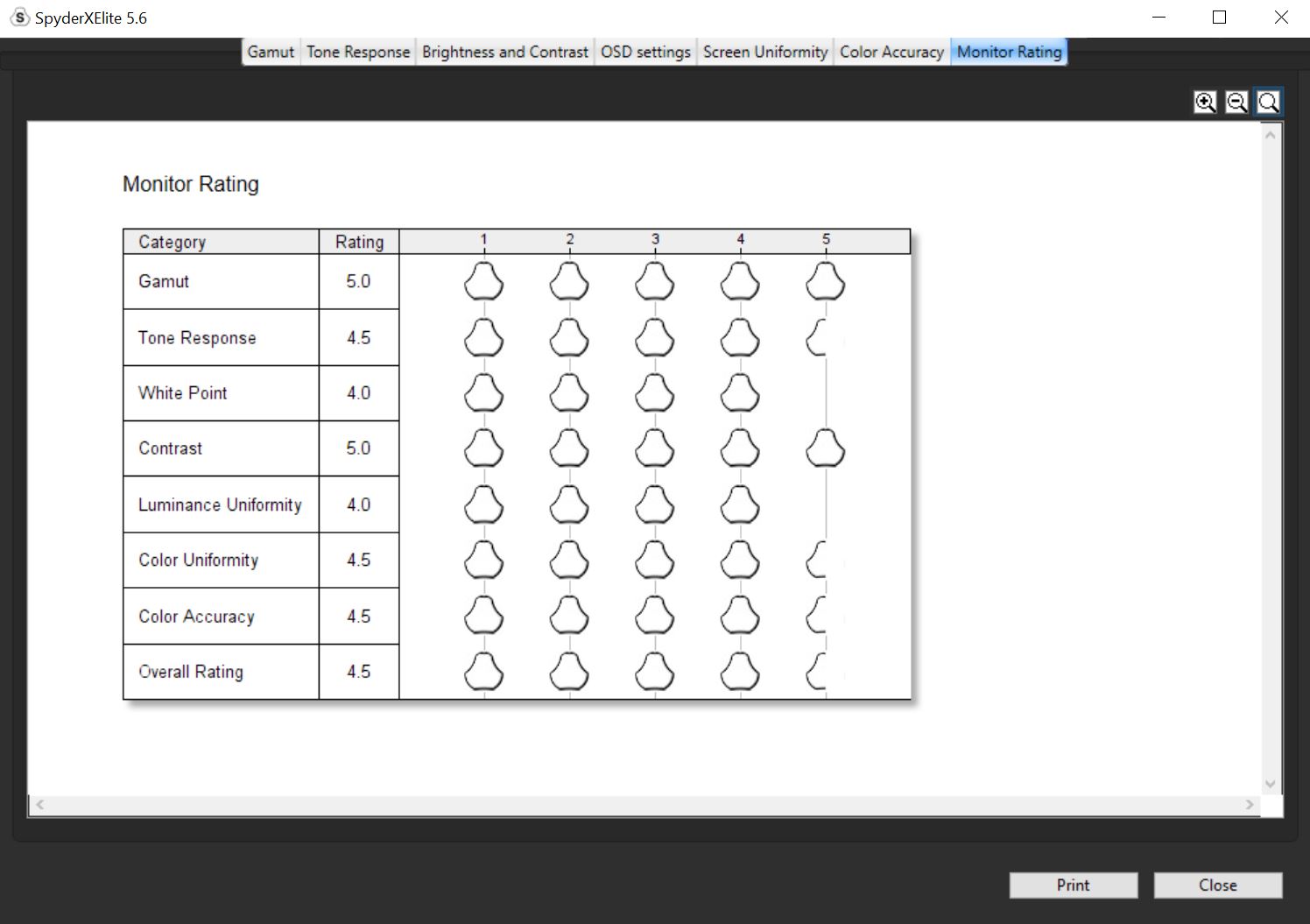 The OSD menu offers extensive customisation options, and you can navigate it using a small joystick at the bottom of the screen. There are a total of eight presets under Game Mode, but the default Gamer 1 mode already delivers excellent accuracy without the need for much tweaking and it's what I tested the monitor with. A helpful Black Stabilizer setting also lets you lighten the shadows for improved visibility in particularly dark scenes.

In addition, LG is touting a speedy 1ms GtG response time, which puts it right up there with TN panels and makes it the fastest IPS panel around. However, there are certain caveats attached to this. This speed only applies when you select "Faster Mode" under Settings > Game Adjust > Response Time in the OSD menu (the monitor is set to "Fast Mode" by default). Unfortunately, the acceleration in Faster Mode produces some noticeable coronas behind the UFOs in BlurBuster's TestUFO Ghosting Test as a result of pixel overshoot, so you'll probably want to stick with the default Fast Mode most of the time. 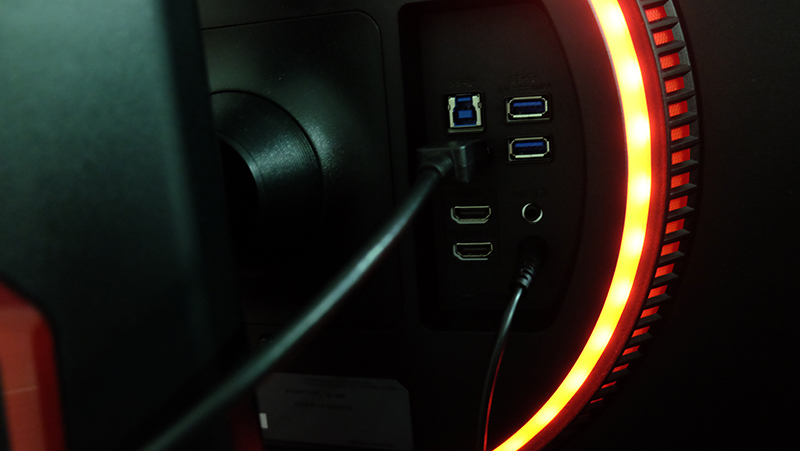 But its most tantalising feature may be the 144Hz refresh rate. While 4K screens have generally come at the expense of slower 60Hz refresh rates, the LG UltraGear 27GN950 allows you to have your cake and eat it too – you get to enjoy a crisp 4K resolution and a buttery-smooth 144Hz refresh rate. G-Sync compatibility means that you can eliminate tearing and stuttering as well, making for a truly fluid gaming experience.

But only the most powerful rigs will be able to take full advantage of it, and you'll want something like an NVIDIA GeForce RTX 3080 driving it. In addition, you'll have to use the DisplayPort 1.4 connection to get full functionality – that is, a 144Hz refresh rate and 4:4:4 signal with no chroma subsampling – out of it because LG is leaning on Display Stream Compression (DSC) to make it all possible. You'll also need a graphics card that supports DSC, so you should definitely check your GPU's specifications before picking up the UltraGear.

So while the monitor does have two HDMI 2.0 ports, you don't want to use them because you'll be limited to just 4K at 60Hz. Unfortunately, LG has decided not to include HDMI 2.1 support on the monitor. This also means that it's best used on PC, and anyone hoping to hook up their console to pursue high resolution gaming with high refresh rate may want to look elsewhere. Finally, you'll also find one upstream USB 3.0 port and two downstream ones.

Design-wise, this is one good-looking monitor with a sleek stand that allows for tilt, height, and pivot adjustments. With slim bezels on all four sides and LG’s Sphere Lighting 2.0 on the rear, the UltraGear 27GN950 makes for quite a striking display centrepiece. The RGB lighting casts a subtle backlight against the wall, and you can adjust its brightness using a dial on the bottom edge of the screen. However, you need to download LG's UltraGear Control Center software to access the lighting customisations, or you'll just be limited to the default red. In Sound Sync mode, the lights can be set to change according to in-game audio, while Video Sync mode lets it match the colours appearing on-screen, which is a pretty neat trick for greater immersion. 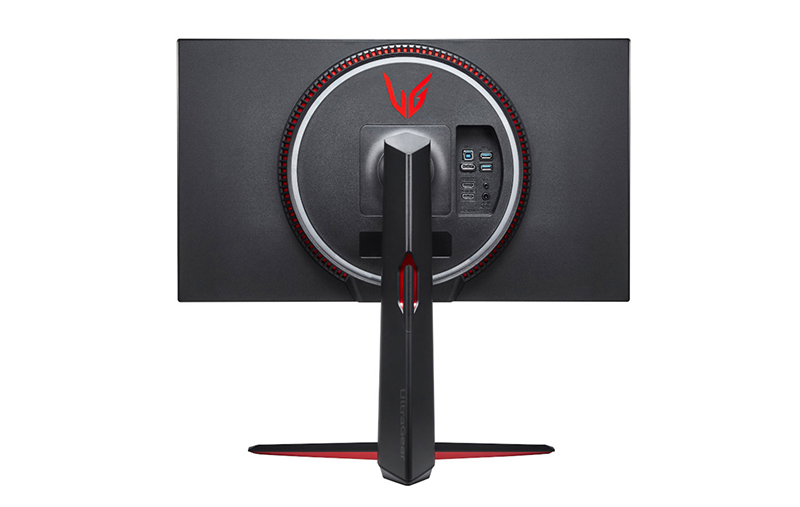 At S$1,399, the LG UltraGear 27GN950 is fairly pricey, but it makes up for that with a rich and versatile feature set that makes this an excellent multi-purpose monitor for gaming, content creation, and entertainment. The 4K Nano IPS is beautifully crisp and an absolute delight to work and game on, and it delivers stellar colour accuracy and bright and vibrant hues right out of the box. Combine that with a smooth 144Hz refresh rate, and you get a really solid overall experience.

There are some limitations, however, such as the lack of true full-array local dimming and HDMI 2.1 support. In addition, the much-touted 1ms response time comes with some obvious compromises in the form of pixel overshoot.

Nevertheless, this is still a fantastic monitor, delivering a premium display experience that is a big upgrade over what most folks will be used to. If you've got a graphics card powerful enough to drive it, you should definitely give the UltraGear 27GN950 a look.

The UltraGear 27GN950 is now available from Shopee at S$1,399. You can also pick it up from authorised retailers like Best Denki, Challenger, COURTS, Harvey Norman and Gain City.