To find out where the Optimus G stands among the current competiton, we use the Quadrant benchmark which evaluates the CPU, memory, I/O and 3D graphics of Android devices. In this comparison, we put the Optimus G up against the ASUS PadFone 2, HTC One X+, LG Nexus 4, Sony Xperia Z and Samsung Galaxy S III LTE. While the Optimus G registered a score over 7,000 in the Quadrant benchmark, it ranks a little behind the ASUS PadFone 2 (7686), Sony Xperia Z (7615) and HTC One X+ (7301). Nonetheless, the disparity in scores isn't a cause of concern as they are just numbers on a chart and do not necessarily reflect real world performance.

Under day-to-day usage conditions, we were impressed with the fluid user experience on the Optimus G. Thanks to Android 4.1 Jelly Bean, we did not encounter any lag or system freezes. We were able to load apps quickly and the interface was quite responsive. Web browsing was also a breeze.

The 4.7-inch True HD IPS+ display of the Optimus G is no ordinary piece of panel; it is the first smartphone to deploy Zerogap Touch technology which is developed in collaboration with LG Display and LG Innotek.

Zerogap basically eliminates the air gap between the glass and LCD panels, resulting in a thinner display. This also means that text and images look as though they are 'floating' just beneath the display. Technicality aside, we find the display to be superb. Text and images look crystal clear because of the reduced gap that also reduces refraction. It is comparable to the HTC One X/XL/X+, which also use laminated displays, but loses out to the Butterfly which arguably has the best mobile displays we've seen so far.

In the aspect of storage capacity, the Optimus G comes with 32GB built-in memory although actual usable space is lesser at 24.80GB when you first start up the device. There is no memory card slot, hence you have to look for third party cloud storage services and apps such as Google Drive and Dropbox should you need to easily share content.

The Optimus G is equipped with a 13-megapixel rear autofocus camera and a 1.3-megapixel front-facing camera. According to LG, its rear camera is integrated with advanced technologies such as ultra thin, large diameter lens and High Accuracy PKG technology. This allows the Optimus G to capture stunning, high quality photos. We put its claims through our standard imaging test. 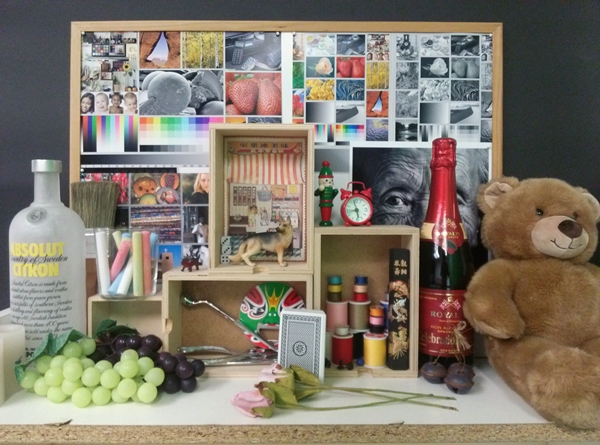 LG also made significant investment in boosting the battery capacity and efficiency of its mobile devices. Newly developed for the Optimus G in collaboration with LG Chem, the battery is slimmer and lighter compared to other batteries of its class. This enables LG to squeeze the high density 2100mAh battery in the 8.45mm thin chassis of the Optimus G, and you can see for yourself the comparison in the table below. The Optimus G didn't fare too well in our battery test with an uptime of slightly over five hours. It's somewhat a letdown that the similarly spec'ed ASUS PadFone 2 could last four more hours.

While LG has made progress in developing slimmer, lighter batteries with higher densities, we feel that they should focus on improving the power management. Taking into account the battery mileage, size and portability, the Optimus G also ranked on the lower scale in our Portability Index.

During normal usage conditions, the Optimus G was able to last through a day of texting, making calls and web browsing. If you are concerned about the battery running out before reaching home, you have the option to enable the Eco Mode.

The LG Optimus G is the most promising flagship model we've seen from LG in recent years, and it is good to see the Korean company step up its game this time. Retailing at S$798, the Optimus G is priced quite competitively against the other phones in its league such as the $848 ASUS PadFone 2 (32GB) and $998 Samsung Galaxy S III LTE (16GB).

For its price point, the LG Optimus G with 32GB of internal storage and LTE connectivity would actually be a strong contender, especially when you factor in its design and functions like QSlide, Video Zoom and Quick Memo. Multimedia performance is good, as with the phone's camera performance. However we expected more 'bite' out of the 13MP rear camera. The real letdown would the phone's battery life which was marred by its high power consumption. It can still last you for a day if used wisely. Alternatively, if you're really keen on the LG Optimus G, you could always have an extra cable to charge the device while you're at work to ensure it is juiced and available at all times.

Other options you might want to take note are the LG Nexus 4 and the HTC One X+. The former may be the most affordable among the comparison pack, but its limited storage capacity (8 or 16GB) and lack of 4G LTE connectivity are major drawbacks to consider. While the HTC One X+ comes with 64GB internal storage, it is noteworthy to mention that it is not 4G LTE enabled too. For those who want to deliberate further on your next 4.7-inch phone purchase, here's a comparison link for all the compared phones in this article (just take note that all ratings are valid at the time of publishing the respective reviews).