LG unveiled the 5.5-inch Optimus G Pro in South Korea on February 18 days before it was showcased at Mobile World Congress 2013 where we had a hands-on session. Back then, LG laid claims to being the first phone announced to be using Qualcomm Snapdragon 600 quad-core processor. It is also one of the few 5.5-inch phones to come with a full HD display.

Unlike its 5-inch counterparts, it's hard to find fault with the material used for the chassis of the Optimus G Pro. The use of any other materials (e.g. aluminum) would have made the 5.5-inch device much heavier. At the Asian launch event held on 3 June, Dr. Ramchan Woo, head of LG's smartphone division reiterated the same point and shared that the company is actively researching other materials for use on future phones.

So far, we have only seen one manufacturer succeeding in building a similarly-sized phone with a better build and design - the Lenovo K900. The K900 is encased in a low-magnetic stainless steel and polycarbonate unibody chassis which measures just 6.9mm and weighs only 162g. In comparison, the Optimus G Pro has a side profile of 9.4mm (similar to the Galaxy Note II) and tips the scale at 172g. 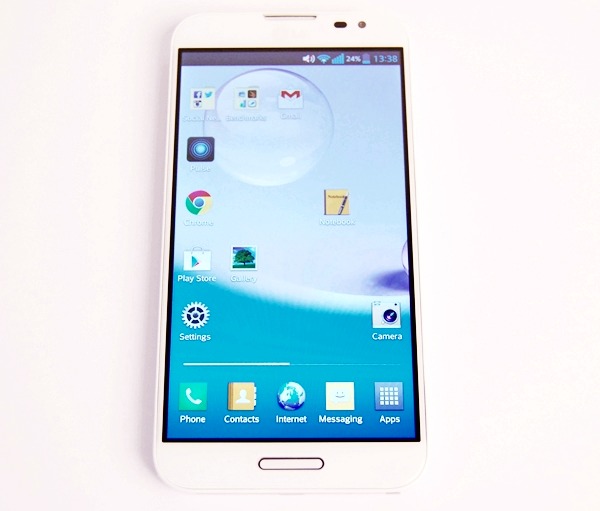 If you've noticed, the Optimus G Pro has a very thin bezel around its 5.5-inch IPS display. According to LG, the bezel is a mere 3.65mm thin. However, if you look closely at the screen, you can see that there is actually a black frame.

Similar to the Galaxy Note II, the Optimus G Pro comes with a hardware home button flanked by the capacitive back (left) and menu (right) buttons. We find the home button to be a little too thin and and flat for our liking. As a result, you have to apply a bit more effort to press it.

There is a shortcut button (also known as the Q button) on the top left side of the device. By default, the Q button activates the QSlide feature. You can customize the Q button to be a shortcut to almost any app on the phone via Settings > QuickButton. 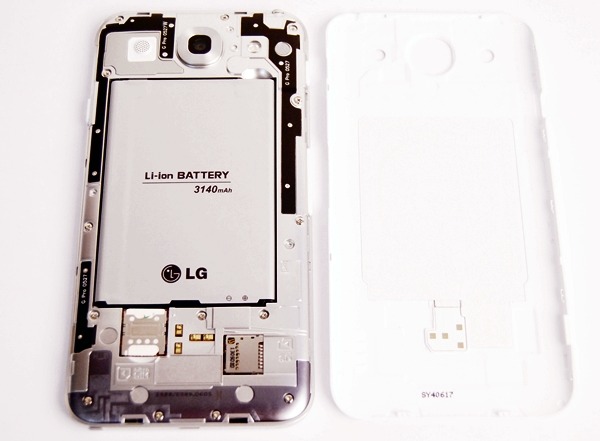 The handling of the Optimus G Pro proved to be a tricky issue for us. We find its glossy plastic rear cover to be slippery, and coupled with the size of the device, we were in constant fear that the phone would accidentally slip out of our grasp.

The Optimus G Pro runs on Android 4.1.2 Jelly Bean and the latest Optimus user interface, which has unique features that the Optimus G doesn't. Let's take a look at these exclusive features.

LG claims that this implementation is the first for an Android smartphone where emoticons can be inserted while texting in email and messages. For those who are unaware, there are already several third party keyboards such as Go Keyboard that have support for Emoji.

If the emoticons look familiar, they are actually inspired from the stock emoticons in WhatsApp. Users who message a lot and go beyond simple text will appreciate this feature. 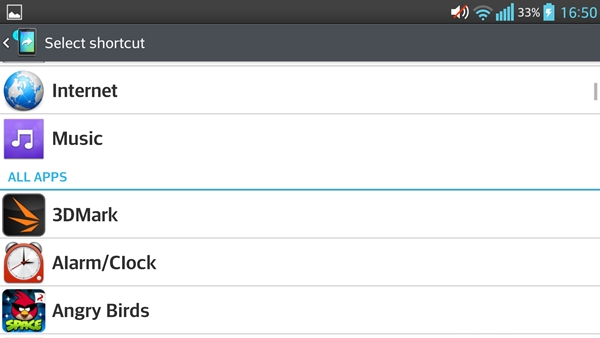 As mentioned in the design section, the Q button allows you to set an app shortcut. Basically, any app that is preloaded or installed on the device can be set as a shortcut. There are five recommended apps by LG to be used which are QuickRemote, QuickMemo, Camera, Internet and Music. 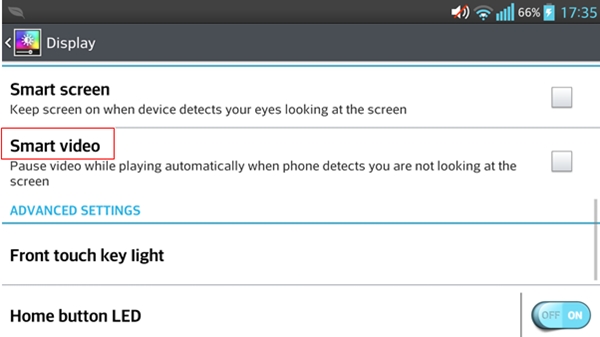 LG's own take of the Smart Pause feature on the Samsung Galaxy S4 is Smart Video, where the Optimus G Pro deploys advanced eye recognition technology to detect the position of the viewer's eyes to determine when to automatically pause the video.

The Smart Video feature functioned as claimed in our day-to-day usage. The feature obviously cannot work in low light conditions (e.g. when you turn off the room's light to watch videos) as the front-facing camera will have difficulty tracking your eyes. As such, with this function activated in a dark room, our video experience was put on hold. When the lights were turned on, the video playback resumed. 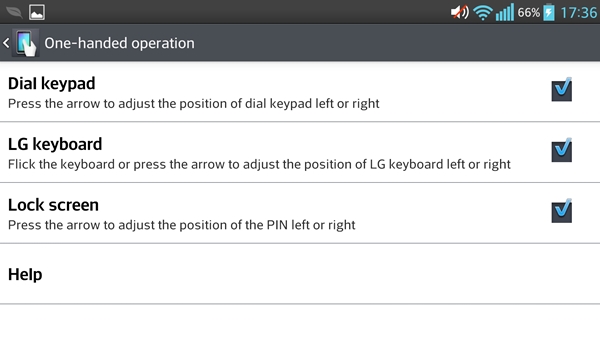 A feature that is nothing new for phablets, LG also has the one-handed operation in the Optimus G Pro. This feature is also seen in the Galaxy Note II and Huawei Ascend Mate. You can find out more about the other features of the Optimus UI in our review of the 4.7-inch LG Optimus G.

Write a Review
Compare This | Specifications
Large and beautiful IPS display
Smooth performance
Handy Q shortcut button
Battery performance could be better
Slippery back
Overwhelming size and weight for some users
Our articles may contain affiliate links. If you buy through these links, we may earn a small commission.
Sponsored Links