As mentioned, the LG Optimus 3D comes with a huge 4.3-inch touch screen. That makes it big and roomy enough for both 2D and 3D content viewing. That aside, an acceptable 480 x 800 pixels resolution is sufficient for comfortable video playback and gaming. The LCD touchscreen might pale in comparison with Samsung's Super AMOLED counterparts, but we assure you that performance-wise, it delivers in terms of details, colors and brightness. In terms of the screen implementation for the 3D effect, it uses the parallax barrier method, which is what HTC's Evo 3D, Nintendo 3DS and more are using. You can read more about 3D display types and implementation here and we've also talked about how it works. The 3D experience is implemented smoothly here, with most apps presented with a side slider that allows users to control and customize the depth of the effect accordingly to their comfort level. Having allowed several of our other peers to have a go at the smartphone, they had no problems viewing the 3D effect to its fullest; the only caveat here is that viewing in 3D on such a tiny screen might give one bouts of nausea and dizziness and we would like to stress that it isn't a feature for everyone.

Messaging was a fluid and error-free affair too, not only in terms of agility but also thanks to a huge screen, which gave us ample space for our fingers to maneuver around. 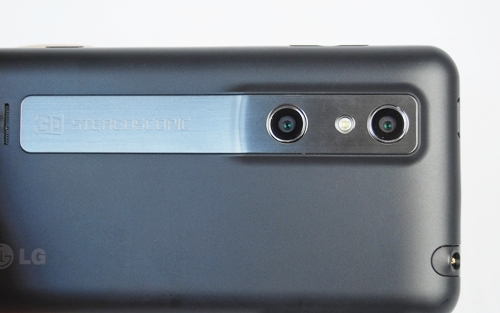 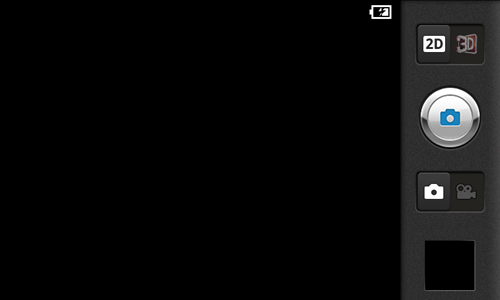 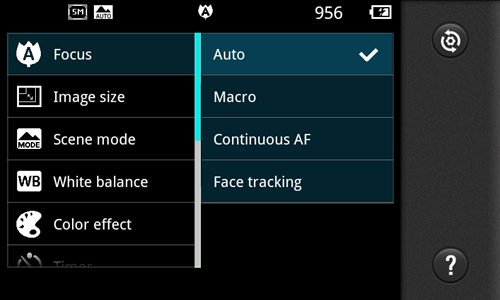 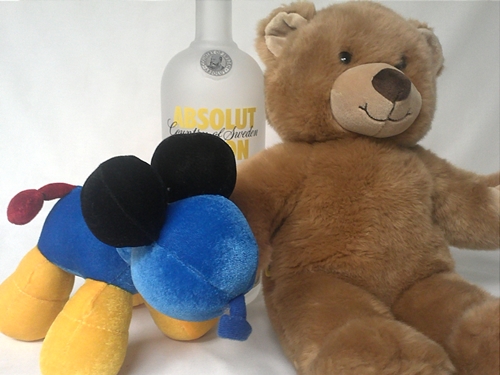 We found that the overall photographic performance for the LG Optimus 3D was about average for a phone. Colors were white-washed while photos exhibited low level of details and clarity due to noise reduction. The Optimus 3D is definitely not fit for someone looking to take relatively good photos on-the-go. While it showed improvement over the LG Optimus 2X (another dual-core smartphone under LG's belt), it certainly pales in comparison with other current dual-core smartphones like Samsung Galaxy S II and the Motorola Atrix. Again, we would like to stress that while we're disappointed with the overall imaging performance from the Optimus 3D, it's more of a norm in many phones today. So if imaging quality isn't a priority, this isn't going to be a concern.

Our final performance test is our regular battery test. This consists of comparing the smartphone to a select group of devices chosen based on their similarities across battery capacities, display sizes, resolution and processing power. Our testing methodology involves testing a video with a 480 x 800 pixels resolution looping under the following conditions:

To ascertain how well its dual-core processor will handle its power management and battery mileage, we compared other similar dual-core Android devices such as the HTC EVO 3D, HTC Sensation, and Samsung Galaxy S II. And herein lies the LG Optimus 3D's Achilles' heel. The combination of a dual-core processor, a 4.3-inch screen and built-in 3D capabilities takes a serious toll on the smartphone's battery mileage for it only managed to clock in a mere dismal 166 minutes (note that the phone will not play videos when battery life falls within the range of 4 to 5%). Likewise, the HTC EVO 3D edges pass this result by a slight margin, most likely due to having a battery with higher capacity rating. If you take a look at the power consumption chart, both devices yield almost identical results. Now the funny thing is that we weren't using any of the 3D functions during the endurance test so it's bewildering why both the 3D phones consume so much more power than the other phones. On the same note, we observed that the phone gets really hot after 15-20 minutes of 3D gameplay, which we take as a sign of poor power efficiency.

Unsurprisingly, packing in extra features into a smartphone also increases its weight. Taking a look at the comparison table, you will note that both LG Optimus 3D and HTC EVO 3D are equipped with larger and heavier bodies; the former weighs in at 168g and the latter, 170g. Naturally, these factors have negative bearings on the battery life to (weight x volume) ratio. Coupled with only 2.77 hours of battery time and a larger, heavier body, the Optimus 3D had the lowest portability index in the lot, making the Samsung Galaxy S II an obvious choice for those who want the best of both mileage and good portability.

As for rationing the phone for normal day-to-day operations, the phone could only last for at most half a working day (5 to 6 hours). Keeping that in consideration, we feel that the Optimus 3D's poor mileage will hurt its performance greatly if it can't even last a typical day's needs.