With smartphones becoming more powerful with multi-core processors, updated graphics processing engines and higher memory capacities, manufacturers are scrambling to include new technologies to differentiate themselves and empower users with features that these powerful mobile devices can finally seamlessly support. The LG Optimus 3D is currently one out of two dual-core smartphones in the market that can support 3D functions without the use of 3D glasses.

To accommodate the necessary hardware, the LG Optimus 3D is big and heavy; it is certainly not a svelte and light phone like all its other modern contemporaries. At 168g, it stands as one of the heaviest dual-core smartphones in the market. At 11.9mm thick with a huge 4.3-inch screen, it is also a little too bulky and big for comfortable handling. Otherwise, the phone, while classy in design, comes with a rather uninspiring body.  The handling experience isn't perfect as we found that some physical controls are too small for comfortable pressing but on the whole, the Optimus 3D scores well on user friendliness.

If you are looking for bells and whistles in the Optimus 3D's user interface, you are probably looking in the wrong place. The phone comes with a simple and bare UI that does its job - that's about it.  Probably something noteworthy to mention here is the smartphone's dedicated 3D software. The Optimus 3D user interface allows quick access to apps like 3D games, 3D camera and 3D Youtube. Not to mention, the phone comes with support to convert 2D media to 3D, with an upcoming software update to enable the phone to even convert 2D games to 3D games. This feature will definitely be an asset for those who want to try the option of playing existing and popular 2D games like Angry Birds in 3D. Hopefully, fingers crossed, LG will implement this properly. Once again, we would like to reiterate that the 3D experience might not be for everyone - some might find it unpleasant, even to the point of nausea and dizziness. Our advice is to try a set at a store first before investing in a 3D smartphone.

Another important thing to note as well is that the LG Optimus 3D comes with the Android 2.2 OS; most dual-core smartphones are already running on the Android 2.3 OS. Though it's not a big concern since LG mentioned that the update will be available later this year, it's nonetheless a delayed feature which consumers would have to take the added hassle to update the phone in due time.

In terms of speed and performance, the LG Optimus 3D, with its dual-core 1GHz processor, 512MB RAM and PowerVR SGX540 GPU, performs generally smoothly, with minor hiccups. 2D and 3D apps load almost instantaneously and we experienced no lags and crashes in performance while surfing the web, or running various apps during our test run. Occasionally, navigation did get rather sluggish especially when it comes to adding on widgets and shortcuts; we can't quite pinpoint why this was happening. Comparing it to other dual-core smartphones in the market, the Optimus 3D has slightly less impressive hardware specs, but it generally doesn't feel too different from the other closely compared phones in this review. However, if you are talking in terms of getting a phone which is the most bang-for-your-buck, the differences in hardware specs might deter you from considering an Optimus 3D.

Multimedia-wise, its 4.3-inch TFT-LCD display with a resolution of 800 x 480 pixels does its job rather succinctly with both 2D and 3D media viewing, delivering in terms of details, colors and brightness. The same however couldn't be said for its imaging capabilities, turning in a less than decent performance. We noted that captured images had white-washed colors and loss of details was apparent. Noise levels were low, but that's due to aggressive noise reduction at work.

However, battery life was abysmal. With a 1500mAh battery, we managed to get less than 3 hours of  video playback on our battery testing; it was almost a new all-time low in our books. Using it for normal day-to-day operations (moderate usage out of calls, data services and multimedia playback/games), the phone could only last for five to six hours. This was again far too low for our liking. Just think about how exactly would you be able to comfortably rely on a phone that won't even last a decent work day? If you're the sort who charges the phone at home and charges it again at your work desk, you could probably afford to have a power inefficient phone. In any case, we believe any decent phone should last at least a day of practical usage to even consider it seriously. Else, the phone is as good as a complementary device, which is not the case for people these days. 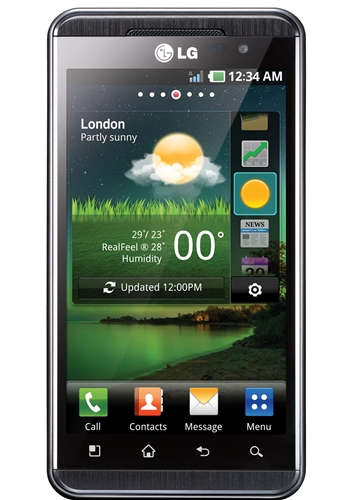 If you are looking to be one of the early adopters of 3D smartphones, the LG Optimus 3D is a good bet to put your money on. Compared to its only competitor (at the point of writing), it comes with better support for creating and consuming 3D content. Then again, there are only two in the market to choose from, so you might want to wait a while longer before other manufacturers come up with their own 3D mobile devices.

In all honesty, we feel that 3D on mobile phones is a novelty feature that one can forgo, especially if you are paying a notable premium price for it. Take the LG Optimus 3D for example - the phone might do a good job of including extensive 3D features but it also comes with poor battery life, subpar imaging performance and a bulky build. We say, if you are looking to get a dual-core smartphone and 3D capability isn't at the top of your list, you're better off looking at more well-endowed options.