Where engines are concerned, there’s a saying that goes “there’s no replacement for displacement”. Likewise, for good sound, space is necessary and unfortunately space is scarce in many heavily built up cities like our own tiny Singapore.

To address the problem, audio makers came with the idea of a single speaker unit with multiple drivers to recreate a surround effect similar to that of multi-speaker setups. Sound Bars gained prominence around 2005 and some of the earlier and more successful pioneers of sound bars included Philips, Polk Audio and Yamaha.

Since then, sound bars have become increasingly popular and it is easy to see why. They are much easier to setup compared to a true multi-speaker configuration as you don't have to worry about unsightly wires or placement issues; they require less space and crucially, a good sound bar is capable of recreating a decent surround sound effect.

One thing to note is that many sound bars aren't yet at a stage to totally eclipse a true multi-channel audio setup as they can't yet achieve the same level of surround realism. To give you a better analogy, while a true multi-channel setup would allow you to get accurate positioning of the rear sound elements, say for example an arrow whizzing past from your distant rear to the front, a sound bar typically tries its best to re-create the depth and rear sound elements most by audio reflection. The effect is such that you get a feeling of surround, but you won't necessarily get accurate positioning or depth. Taking the same example, the arrow might seem to be whizzing past you but it would have felt like it started from the sides or your immediate rear rather than from your distant rear.

For audio and movie critics, this would be a compromise in experience. However for the typical home user, when a very high percentage of all your movie audio and dialog is catered by your front pair and center speakers, there's not much of a loss for these users. It's a balance of expectations, performance and convenience. You choose.

Back to the modern sound bard and in today’s high definition age, with Blu-ray and 3D slowly gaining traction, manufacturers have figured a way to make sound bars more enticing by incorporating Blu-ray players into them and billing them as 'complete' home theater solutions. 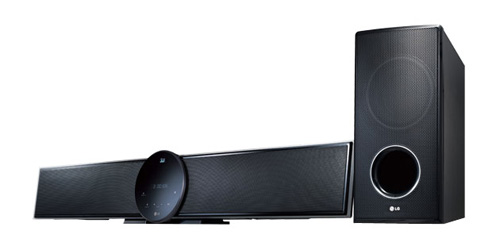 And the LG HLX55W sound bar which we have here today is one such sound bar. Featuring an integrated 3D-capable Blu-ray player, a wireless subwoofer, '4.1-channel' full surround sound, the HLX55W is the latest home theater solution from Korean electronics giant LG.

Because of the integrated Blu-ray player, the LG HLX55W is a tad bulky, but it’s a handsome and futuristic-looking piece of gadgetry. Also, we hear that the sound bar was developed with help of audio gurus Mark Levinson, so it’ll be interesting to see how it performs in the audio department. But before we do that, here’s a quick run down of the HLX55W’s physical features. 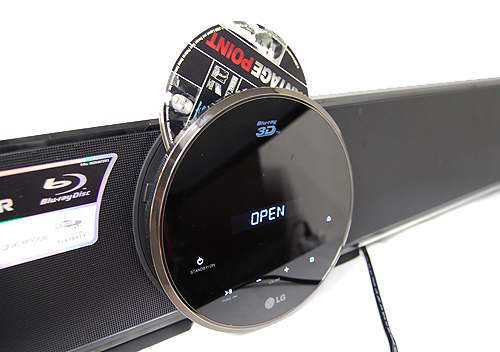 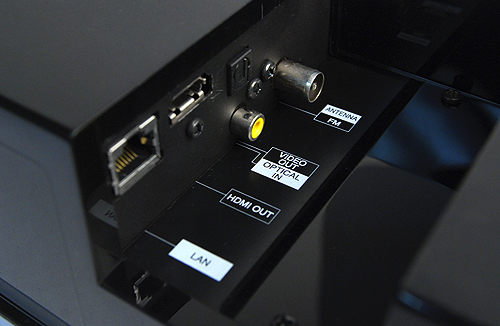 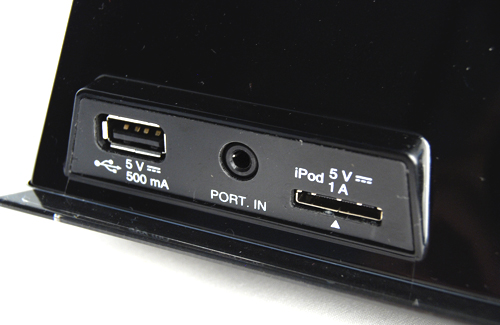 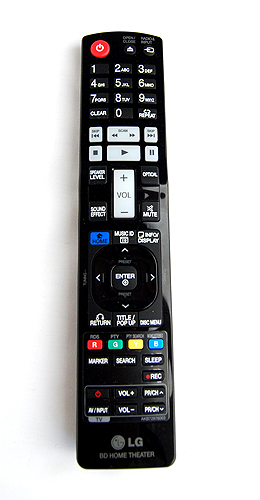