KProbe2 is one of the frequently used applications employed for testing readability of written discs. Written by a former employee of LITE-ON (though not in an official capacity), it works naturally on LITE-ON optical drives and helps to give a numerical value to the burn quality of a DVD. This is expressed through the amount of PI (Parity Inner) and PIF (Parity Inner Fail) errors found on the written disc and there is a certain amount of correlation between these values and the write quality of the drive on the various media that we tested. As a rough gauge of the write quality, the average values for PI and PIF for a readable disc should not be more than 280 and 4 respectively.

While the values returned by KProbe 2 are certainly useful for assessing the readability of a written media and the DVD writer that was used to write the disc(s), we must stress again that the average PI and PIF values should be taken as just an indicator; a disc with a less than ideal value may be read without any problems on a drive. What worked on one drive might not necessarily work on another (not to mention that disc quality variation may occur as well).

Most of the scans we tested for the media written by the GGW-H20L turned out to be very decent. The only blemish was with the SmartBuy 4x DVD+RW. However we have noticed repeated bad KProbe scans with this particular disc for multiple drives and hence it is likely to be specific to the disc rather than any issues with the drive. The following are some of the scans that we got with the GGW-H20L. 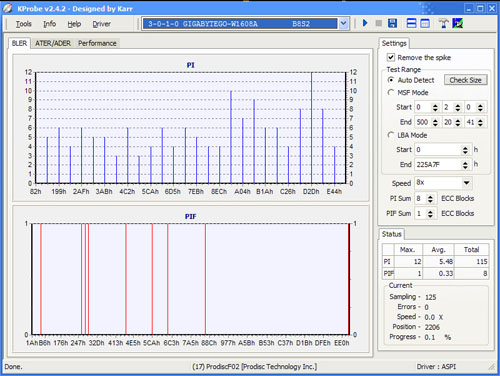 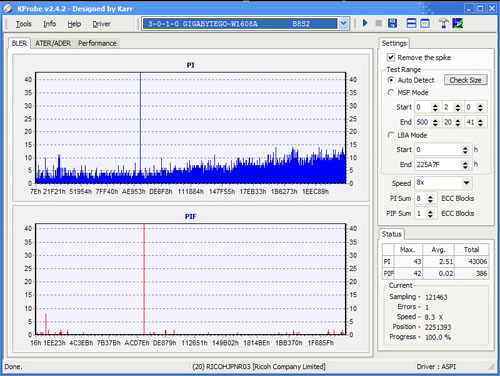 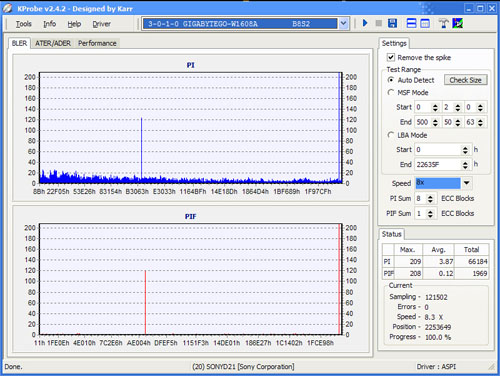 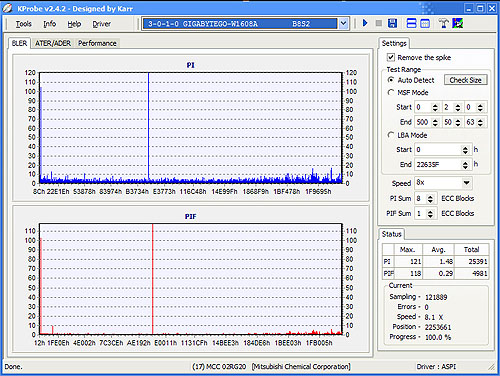 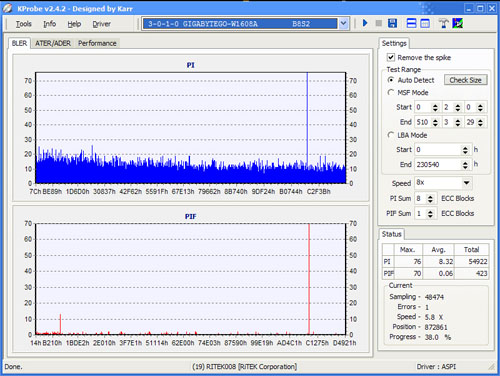 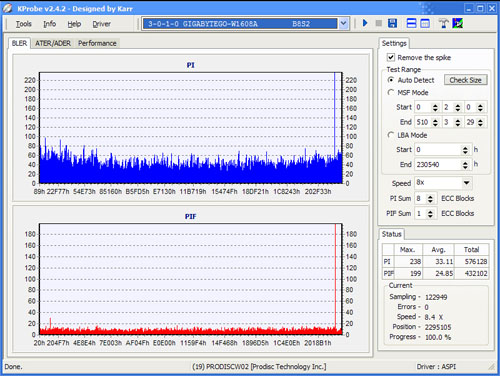 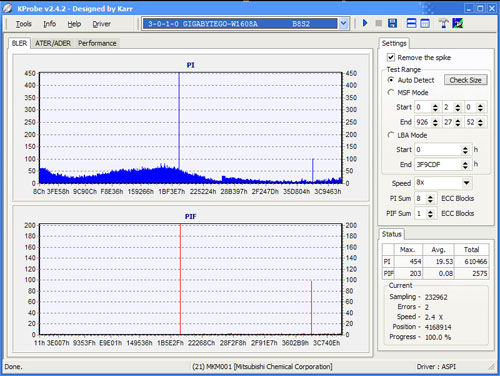