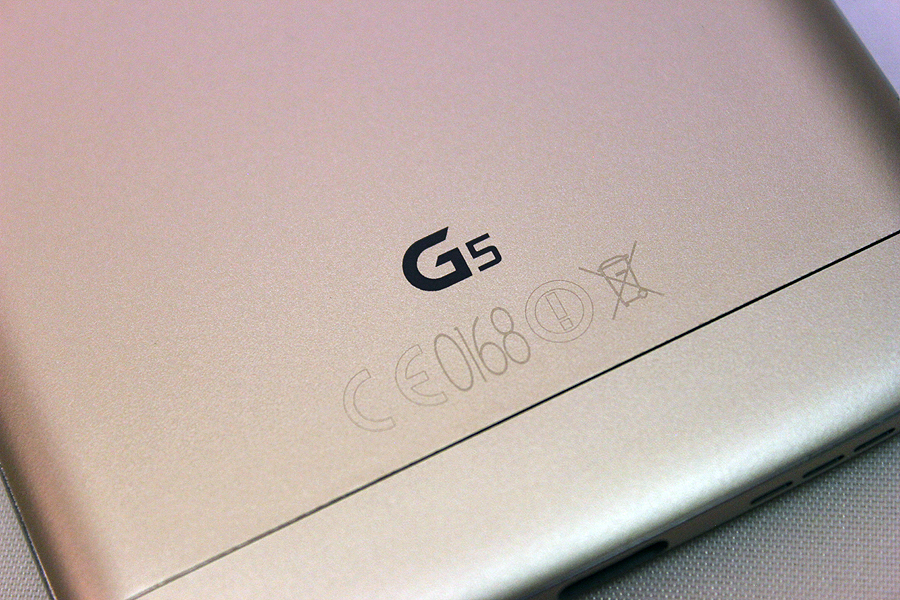 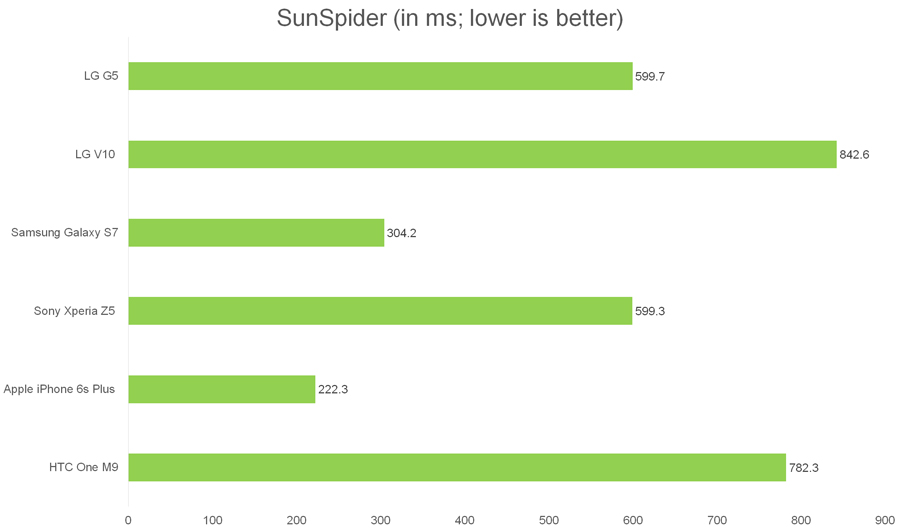 SunSpider JavaScript measures the browsing performance of a device when processing JavaScript. It not only takes into consideration the underlying hardware performance, but also assesses how optimized a particular platform is at delivering a high-speed web browsing experience. The default web browser on this phone is none other than Google Chrome, and it is smooth and swift in day-to-day operation. 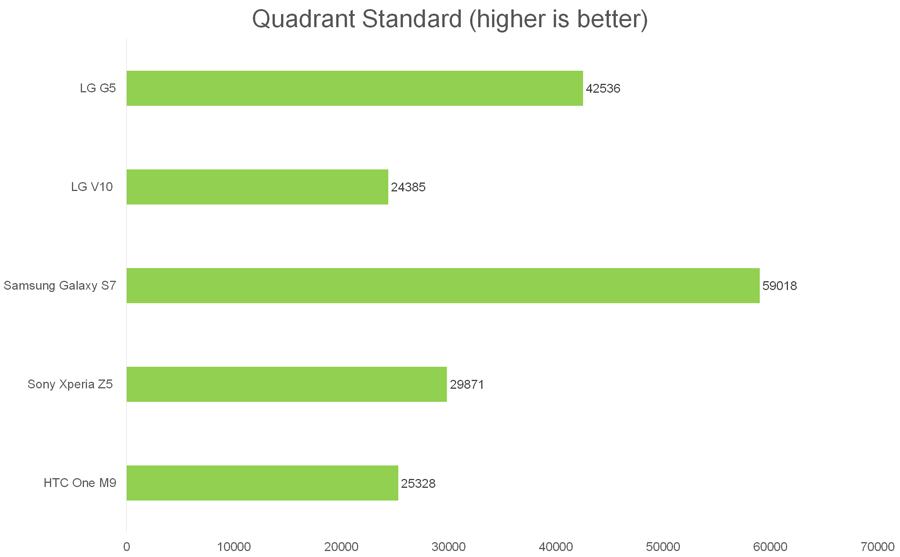 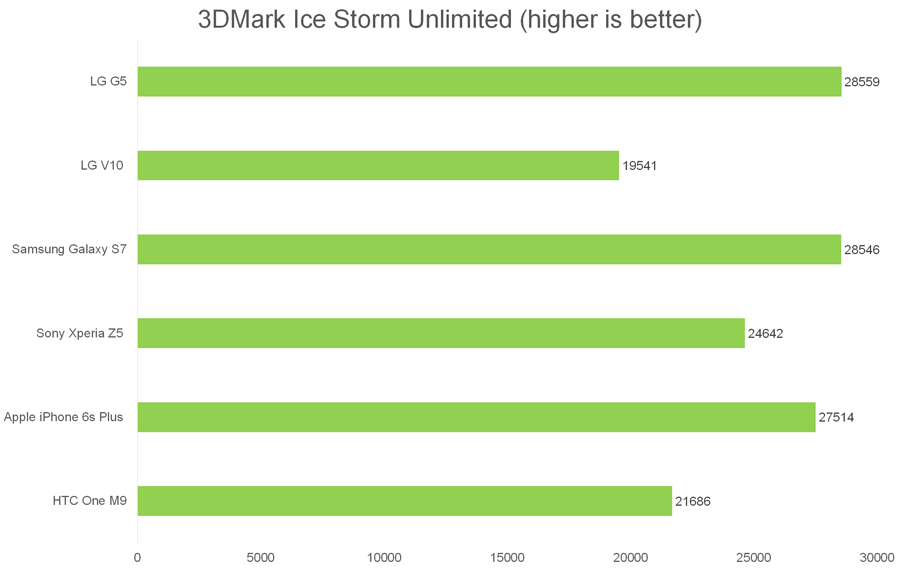 3DMark 2013 - Ice Storm is designed to test the gaming capabilities of a device, putting its GPU through a rigorous OpenGL ES 2.0 benchmark test that uses fixed off-screen rendering with high quality textures and post-processing effects. The Unlimited version of the benchmark disables v-sync, display scaling and other OS factors, making it ideal for chipset comparison. It’s on par with the Samsung Galaxy S7 and slightly better than the iPhone 6s Plus. Truly, a Snapdragon 820 SoC with the Adreno 530 GPU reinforces how the 2016 flagships outperform everything before its time by a significant margin.

With smartphones getting more powerful, we will have to progress to an equally advanced benchmarking tool for graphics. The LG G5’s 3DMark Sling Shot Unlimited benchmark score averages out at 2,713. We will be using this number for future benchmarks.

As a whole, the LG G5 feels and works like a powerful phone, as it should. Its real-world performance is on par with the Exynos-equipped Galaxy S7, so that makes two powerful flagship units for 2016 thus far. 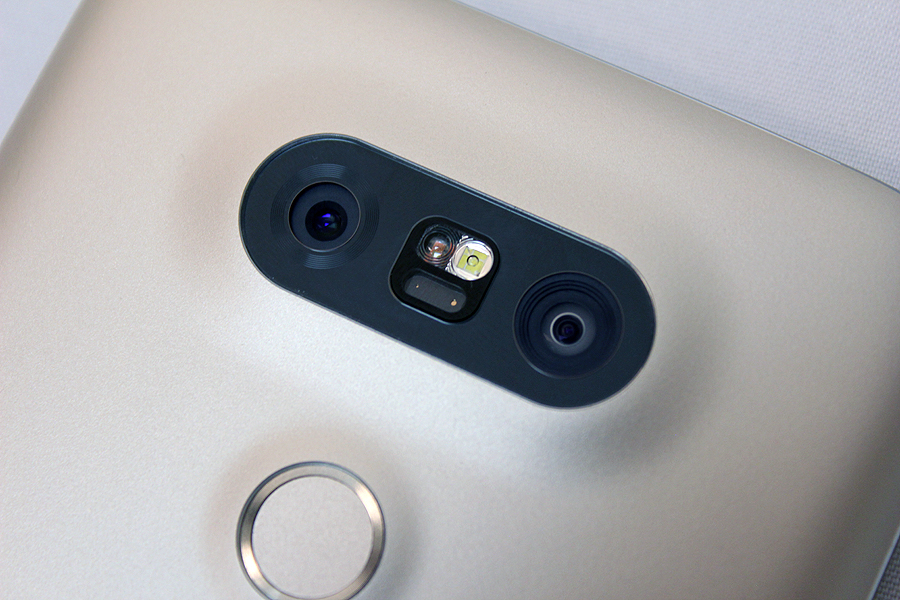 The LG G5 technically has two rear cameras with different outcomes in mind. One is a 16-megapixel shooter with an f/1.8 aperture, and it has the standard field of view of 78 degrees. The other rear camera is a wide angle lens at 135 degrees, with an 8-megapixel resolution and f/2.4 lens. They come equipped with laser autofocus, three-axis OIS (Optical Image Stabilization), and LED flash. Naturally, having a built-in lens with a 135-degree field of view is a great way to make smartphone photography slightly more varied, and it lets you capture more of the scene ahead. Both rear cameras support Manual mode, and it’s not that different from the LG V10’s manual mode, with control over white balance using a color temperature scale, and the ability to adjust ISO, shutter speed, and focus. You can capture photos in RAW+JPEG formats, too.

LG’s support for selfies is quite impressive as there's a host of features for the 8MP, f/2.0 front camera. Functions like Gesture Shot and Cheese Shutter are still available on the G5, but there’s a new Auto Shot added to the family of selfie assistants. During Auto Shot, the phone will automatically snap a picture every time it detects a face in the front camera (an on-screen white border will show that it has detected a face, and a cyan border will appear briefly before it snaps the photo). This is ideal for users who want to take a roll of selfies before meticulously choosing the best of the batch. 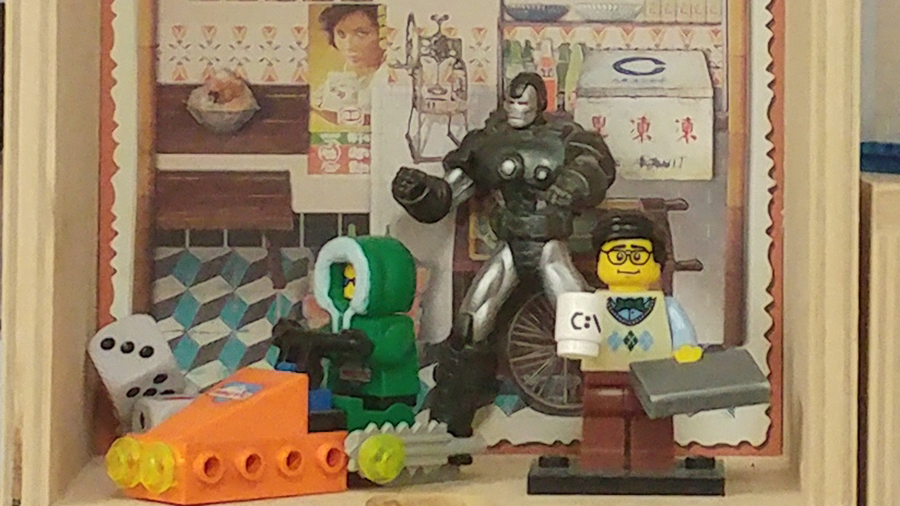 Our test image above showed us that the LG G5’s 16-megapixel rear camera snaps decent photos. We can’t really say if the OIS did help out when taking the test images, but it’s undeniable that the photo quality is quite sharp, even if the colors captured aren’t the most vibrant for a smartphone camera. Although it’s not big on detail, the words on the bottle’s label are still very legible.

To demonstrate what you are getting out of the wide angle rear camera with its massive field of view of 135-degrees, here’s a test image taken from the same spot.

As you can see, the original test image with its standard rear camera shows you nothing beyond the test image setup, but the wide angle lens is able to tell us that the setup is actually on a shelf, in the corner of the room. We have to give LG props for including this wide angle option on the LG G5. Frankly, if you’re not a stickler for image quality, the LG G5’s rear camera capabilities will truly offer a fresh perspective on your smartphone photography opportunities.

While its 2,800mAh battery capacity feels like a sufficient number, the LG G5 actually has the worst battery life out of all the smartphones in this list. The LG V10 and LG G4 also suffered at the hands of our battery benchmarking process. However, this should not discourage a potential LG G5 user from getting the phone, since our battery test forces the G5 to run videos at full brightness on its power-demanding QHD screen. Fortunately, LG still makes flagship phones with removable batteries, so we highly recommend picking up the G5 with a spare battery and charging kit (worth S$168). It also helps that LG will bestow a complimentary set of said battery and charger with each LG G5 purchase. 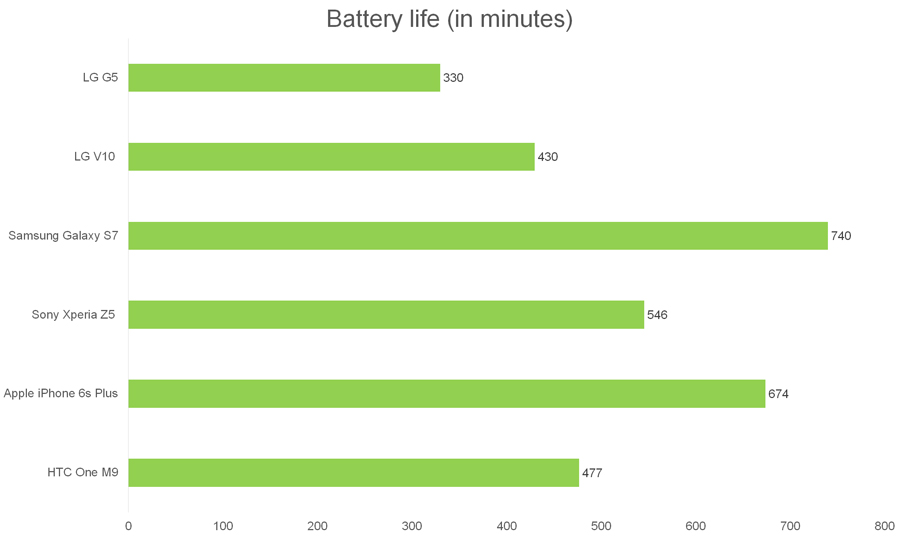 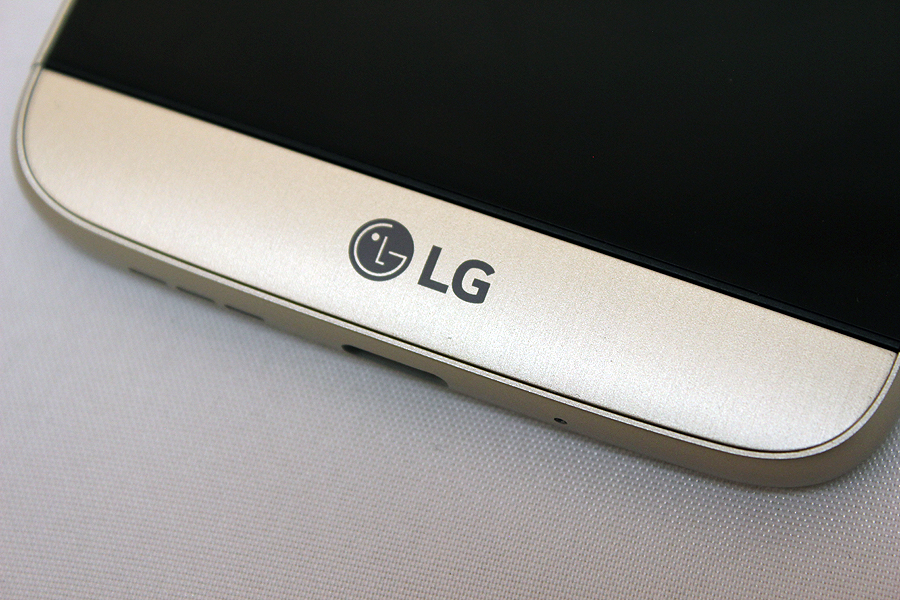 LG’s journey to reinvent the flagship smartphone ended up inviting more questions than answers. LG did successfully build a phone with a metal construct and removable battery, and the care taken in its blend of materials has ensured its physical attractiveness. The effort expended is admirable. Yet, it seemed to lose sight of the way when it came to the finer details of the G5. It wants to be seen as the beginning of something revolutionary with its modular type design, yet it did away with its iconic rear volume buttons. The phone’s front display is a testament to its elegant look and feel, yet it missed out on the chance to make a good phone great when we saw the lapse in design sense on its back. It welcomed the convenience of enhancing the phone's capabilities by giving it modular attachments, yet it's not designed to be hot-swappable. Variety of the attachments isn't great either.

LG’s adventurous experiments conducted on this 2016 flagship phone aside, let's not lose sight that the G5 is a powerful phone in its own right, topped off with a great display and good-enough camera performance. Features such as the Always-On Display, removable battery, and the option (unfulfilled potential?) to enhance the phone with modular attachments combined to make the phone feel like it’s worth its weight in gold. It is also wonderful in day-to-day use, and we can see the physical appeal it had when it first stole the show at MWC 2016. This is LG Mobile's first step to something great and new, and we think the company did put a good foot forward in pursuit of that greatness.

Just make sure you get that (free) spare battery when you purchase your LG G5.

Don’t forget, too, the LG G5 will launch on 16th April 2016, at a recommended retail price of S$988. Check here for a list of LG G5 launch promotion bundles.

Update (8th April 2016, 6:04pm): LG has updated us with its latest changes to the LG G5 promotional bundles - there will be an overhaul to the offers, and bundles offered prior to this review are no longer available.