The G2 is equipped with the latest Qualcomm Snapdragon 800 quad-core 2.2GHz processor with 2GB RAM, which puts it on par with other flagship Android devices like the recently released Sony Xperia Z1 and Samsung Galaxy Note 3.

We will be pitting the G2 up against other 5-inch rivals such as the Sony Xperia Z1, ASUS PadFone Infinity, HTC Butterfly S and Samsung Galaxy S4.

Quadrant evaluates a device's CPU, memory, I/O and 3D graphics performance. As expected, the G2 performed well, far outperforming our older Snapdragon 600-equipped devices. It did however fare a bit lower than the Xperia Z1.

Note: After a recent update to 3DMark, both of our Snapdragon 800-equipped devices (the Xperia Z1 and G2) maxed out the score limit of 3DMark Ice Storm, and as such we will just be reporting the 3DMark Ice Storm Extreme scores.

Once again, the G2 performed well, however, it again fell just short of the Xperia Z1's scores, suggesting that LG might not have done as good a job at optimizing the Snapdragon 800 processor as Sony.

The G2 was slightly disappointing in the SunSpider benchmark, falling quite far behind the Xperia Z1 and performing only slightly better than our older Snapdragon 600-equipped models.

In actual usage we found browsing performance to be quite smooth, although we did encounter a few laggy moments while navigating through the phone's UI.

While the G2's camera doesn't boast the specs of the Xperia Z1 or Lumia 1020, its camera module is still quite impressive: 13MP, f/2.4 aperture, 9-point autofocus, and best of all, built in optical image stabilization. For the pros out there, LG has also added some optional extra control options, including manual ISO customization and a manual focus slider.

The rear volume buttons can be used both as either a shutter button or for zoom. Using the rear buttons to take pictures works really well for selfies as it lets you keep a firm grip on the phone. You can also hold the volume button down to take a burst of continuous shots.

Like LG's Optimus G Pro, the G2 includes some extra camera modes like 'Shoot and Clear', which removes moving objects from your photos, as well as VR Panorama, which takes a 360-degree photosphere shot. 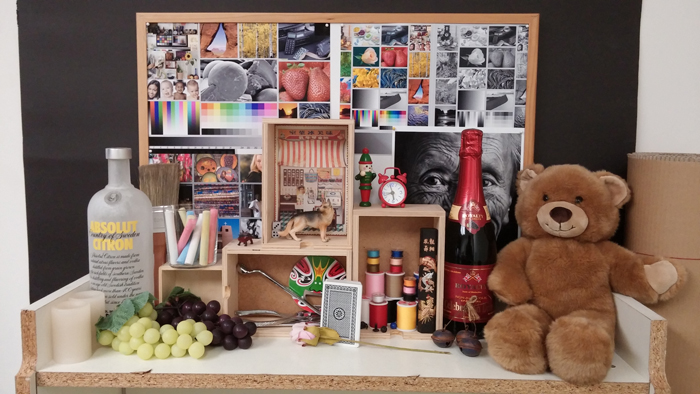 The G2 has a 3000mAh capacity non-removable battery, which is fairly standard for its size and class. In our battery looping test, the G2 lasted seven and a half hours, which is quite decent, especially considering its slightly larger, super bright display. Power consumption was however, quite high due to the G2's 4.7V voltage. In regular usage, we had no problems with the battery lasting through the entire day.

To give you a more realistic understanding on how the G2 fared under real world usage conditions, we included screenshots of the usage and history graphs which are available on Android 4.0 and later devices. 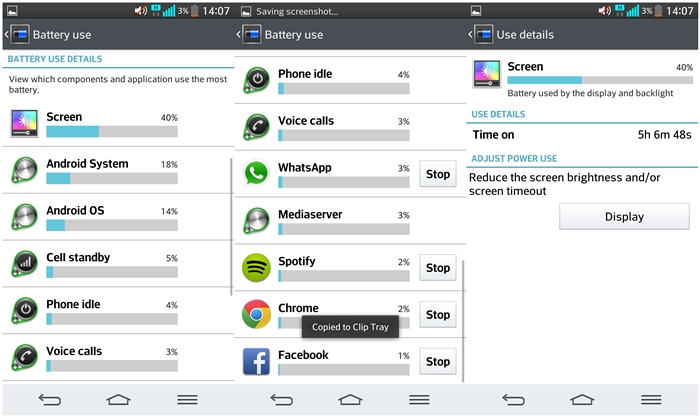 As seen from the graph above, the G2 could last more than 19 hours. Some notes: -

For this usage scenario, more voice calls were made in the initial few hours after unplugging the phone from its charger. Other standard usage scenarios still applied -  texting via WhatsApp, taking some photos and sharing them on social networking sites (Facebook and Instagram), and emailing. We also used Spotify to stream music for about an hour. 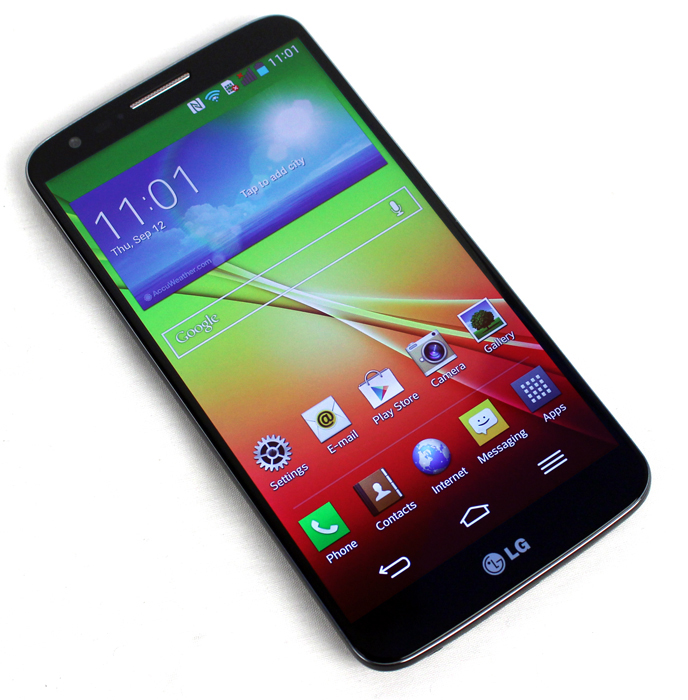 We applaud LG for trying something a little different with the G2, gambling with an unconventional button placement on the rear of the device. Fortunately, it works quite well, and we're sure there will be at least a few converts out there who no longer accept anything else. It's probably not for everybody, and we suspect the G2 might not sell as well as it should in the sea of smartphone choices out there, as prospective smartphone shoppers gloss over it for its unassuming phone design and unusual setup, but anyone that puts the time into getting used to it will enjoy the smart layout and ergonomic benefits. Still, LG might be well served with a regular model that has the conventional layout with the buttons on the side (Nexus 5?).

Even if you're not sold on the back buttons, fortunately, the G2 has plenty of other things going for it. The insanely thin bezel and gorgeous IPS display combine for one of the most pleasing viewing experiences available on a smartphone, and thoughtful software features like Guest Mode, KnockOn and Answer Me are actually practical and effective in everyday usage. The camera may not be Lumia 1020 or Xperia Z1 quality, but it's certainly above average and includes useful additions like Optical Image Stabilization. While we didn't like the cheap plastic build and generic design, all things considered, the G2 still provides one of the best user experiences available on a smartphone.