As things have been for a while, Panasonic, Samsung and LG are the only three plasma display panel (PDP) makers left standing in the industry. Question is, however, how long can plasma televisions sustain their reign in the HDTV market? Panasonic has stopped plasma panel production at one of its Amagasaki plants recently besides banishing 1,000 employees from its workforce. This may be a simple move to reduce redundancies, but it does not bode well for the plasma faction on the whole. On the other hand, while LCD TVs still command a larger share in global television sales, this does not imply PDP models do not offer a competitive edge of their own. For instance, PDPs are considerably cheaper than LCDs at larger screen sizes which gives them the retail advantage for consumers looking to secure a bigger television display. That said, LG revitalized their HDTV line-up earlier this year with improved 3D and Smart TV features. One plasma model which marries these two traits is the flagship PZ950 - a 60-inch PDP that promises both smooth 3D images as well as 2D to 3D conversion on the fly. Will its relatively affordable price tag of $3999 lure consumers back into the big black plasma web? 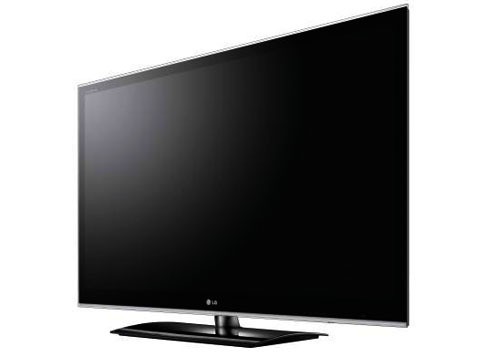 This mammoth display still bears the hallmarks of active-shutter technology, unlike LG's recent FPR (Film Patterned Retarder) asset as seen in their LED-based Cinema 3D models. At the heart of the PZ950 is a standard 600Hz sub-field drive panel, powered by LG's recent 3D XD Engine. A PDP panel works very differently from LCDs so don't get too excited about LG's 'lightning fast' 600Hz ratings. To put things into perspective, a typical 60Hz source is processed by the TV which fires approximately 10 pulses per frame. Technically, this amounts to 600 pulses, or 600Hz as rated for most premium PDPs. Similarly, a slower 8 pulse-per-frame rating would yield a sub-field drive of 8 pulses x 60 frames, or 480Hz. These rapid pulse rates also ensure a PDP panel is less prone to image ghosting and motion blur. Moving on, the PZ950 boasts some new additions as well, and that includes LG's "TruBlack" filter designed to minimize screen glare and enhance black levels. Apart from its Smart TV credits, the PZ950 is also one of the few 3D models in the industry which boasts of a THX certification and THX picture presets. It all sounds deliciously sumptuous on paper, but can it deliver ultimately? Hit that jump if you want to know more.