The LW6500 makes use of LG's TruMotion technology which combines frame interpolation and insertion of backlight scans to achieve its 200Hz frame rate. For the record, TruMotion 200Hz applies to both 2D and 3D modes, not just the latter. Before we hop onto the 3D bandwagon, however, we show you how the TV performed with High-Definition sources. As usual, Corpse Bride and Vantage Point will act as our Blu-ray test discs of choice.

The LW6500 isn't shy in flashing its vivid colors and crisp definitions despite its backlight blooming issues. Comparatively, this Full-HD model also offers more visual oomph than its LV3730 sibling. However, the patchy backlighting becomes apparent in dimmer viewing environments. And especially so in instances where bright subjects are superimposed on a dark background. After some tests, we realized this bugbear can be alleviated by activating Dynamic Contrast and LED Local Dimming. In both cases, the Medium option worked best on Corpse Bride. On the contrary, a maximum value for both features may lead to a loss of texture and shadow details respectively. The Clear White feature appears to discolor white levels instead of improving them. 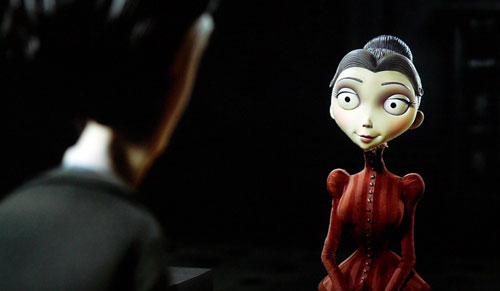 Picture quality on Vantage Point fared better with Dynamic Contrast disabled. Strangely enough, selecting Low or High resulted in a dramatic change of color (see pic below). This is an odd occurrence since the Medium setting did not present this problem. As for other picture configurations, a Skin Tone setting of "-1" is recommended for a more realistic and accurate flesh tone. For motion reproduction, LG's Trumotion 200Hz (when set to High) feature has the potential to recreate smooth and judder-free transitions throughout the movie. This was tried and tested. However, smearing artifacts is one inevitable trade-off with this feature. To add, the overly fluid gestures and camera pans appeared unnatural too. Try the Cinema preset without TruMotion for a softer and more natural offering. 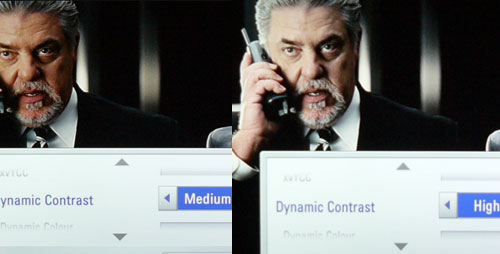 We almost forgot it was a DVD footage of "X-Men: The Last Stand" we were watching, given the rich details the LW6500 was able to produce. This LCD display has the potential to recreate realistic and vivid 480p visuals on its 1080p estate. On the other hand, the panel wasn't without its share of caveats. Motion rendering could be better since we did spot the occasional blips and bumps. Enabling TruMotion helps. But as noted with previous HD tests, intermittent motion tearing was noticeable from time to time with TruMotion enabled. We also fiddled with LG's Super Resolution feature, which brought only marginal improvements to the picture quality, such as highlighting the finer details. All in all, we would categorize the LW6500 as a class above the average in its SD finesse. Of course, with an ample volume output and enhanced vocal range, thanks to LG's Clear Voice II, audio delivery on its dual 10W speakers didn't disappoint as well.