We won't delve too much into LG's Smart TV features since we've reviewed the LV3730 equipped with similar Smart TV traits. As it stands, LG has yet to secure any video-on-demand (VOD) tie-ups with local content providers. Samsung takes the lead for now given their recent alliance with Singtel to develop the Singtel Video Store. However, LG's Smart TV platform shouldn't be scoffed at. Notably, it still proffers a generous mix of multimedia apps, a web browser, DLNA and Digital Media Render (DMR) benefits. The LW6500 is also equipped with a DVR feature which you can use to record digital TV channels, like the local HD5 for instance, on a USB drive. As an additional note, Adobe Flash 10 support (on the browser) and LG Apps Store will only be made available in future firmware updates. Here is a brief summary of its presets and features before we move on to its calibration and visual tests. 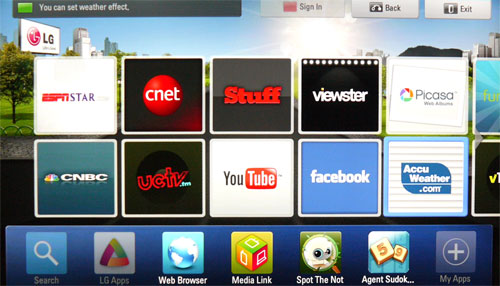 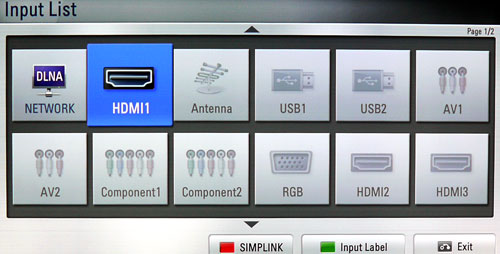 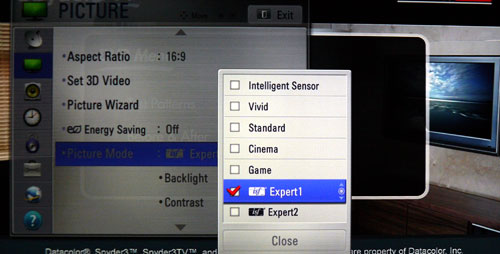 To maintain a standard, we calibrated the LG 47LW6500 with Datacolor's Spyder3TV Home Theater Color Calibration kit prior to our visual tests. This is to ensure we assess the HDTV based on optimal display settings, and not on visual estimation alone. Using the TV's Standard preset, we've also disabled all the necessary boosters such as color and dynamic lighting enhancement features. 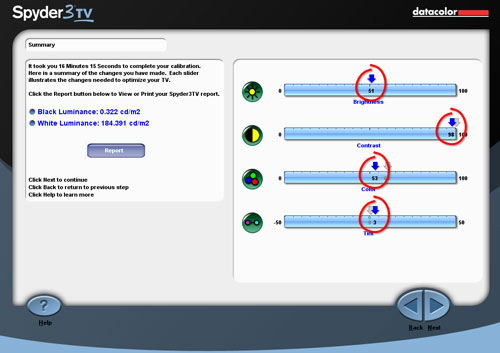 Optimized settings were measured as:- Brightness at 51, Contrast at 98, Color at 53 and Tint at G3. Since our Spyder kit does not allow us to calibrate the TV's backlights, we've set the set's backlights to 50, or its neutral value. Black and white luminance yielded 0.322 cd/m2 and 184.391 cd/m2 respectively. Final calibrated values were very close to its LV3730 sibling. The LW6500, however, exhibited higher contrast differences compared to the LV3730. Overall, while these figures seem better than their more budget oriented model, it's not in the same ballpark as some of the more accomplished models like the Sony BRAVIA NX810 or the Panasonic VIERA E30S series. Let's move on to real world testing to see if these results match expectations or better them.