Ready Your Popcorn And Drinks

In recent news, Samsung, an active-shutter endorser, was unhappy with LG for marketing their Cinema 3D wares as Full-HD 3D sets. They do have a case, however, since each eye only gets a vertical resolution of 540p effectively. Not to be subdued, LG has since obtained certification from the VDE, a German technical association, to certify their Cinema 3D series as Full-HD 3D units. Whatever's been said, let's put the LW6500 through the stereoscopic paces to confirm or deny those assertions. 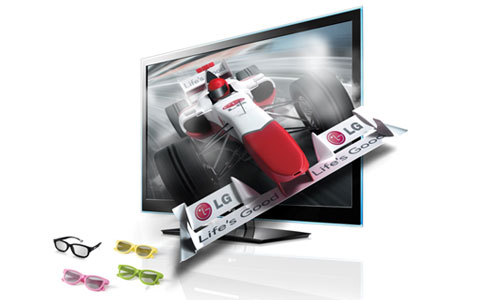 We've paired the LW6500 with LG's 3D BD660 Blu-ray player for our 3D tests. First, the good news. The glasses themselves are extremely lightweight and comfortable, such that they can be worn for hours with considerably reduced eye strain. Flickering annoyances under artificial room lighting was also nonexistent since the polarized lenses do not shutter on and off. Display wise, we appreciated the bright and lifelike images which also makes it hard to dispute LG's lack of Full-HD 3D resolution. You won't be able to access the picture settings in 3D mode, although the screen's brightness has obviously been bumped up to compensate for the glasses' mildly dimming effect. More importantly, we were impressed by its 3D depth and almost crosstalk-free delivery as the images leapt out from scene to scene. Fundamentally, the LW6500 was more than capable of providing a highly enjoyable 3D experience without the lesser evils of eye fatigue. Please note that two of the following screen shots have been converted to 2D to highlight their actual details.

For all its benefits, the LW6500 isn't flawless as a 3D display. It is true that the LCD TV has ample horizontal viewing angles. Perspectives may also differ slightly depending on how wide your angle is. However, ghosting effects became apparent the moment we increased the vertical viewing angle. Like a "CRT effect", raster-like scan lines were also evident at a viewing distance of two meters or less. To achieve an optimal 3D viewing experience, we'd recommend keeping your eye-line centered on the panel with a viewing distance of three meters or more. 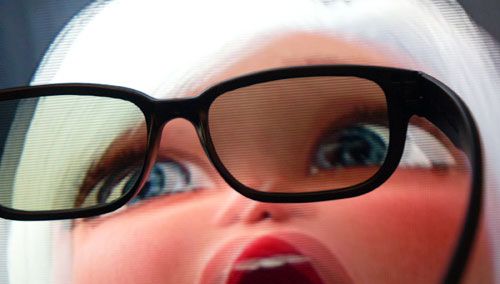 The 2D to 3D Metamorphosis

The LW6500's 2D to 3D conversion feature can be activated by selecting the 3D button on the remote. For our tests, we went with Chicken Little on Blu-ray since it is easier to pick out discrepancies with well-defined animated subjects. Like most active-shutter sets, LG's 3D conversion provides a stereoscopic image with very subtle depths as well. In some instances, they appeared more like conventional 2D subjects, though there were also instances where satisfactory 3D images were rendered. We did not detect any judder caused by LG's 2D to 3D algorithms, fortunately. To add, errors in visual perspectives were also non-existent. For example, when the TV attempts to recreate the background elements as the foreground subject. If pitted against its active-shutter rivals, LG's diminished crosstalk delivery might just swing the odds in its favor. 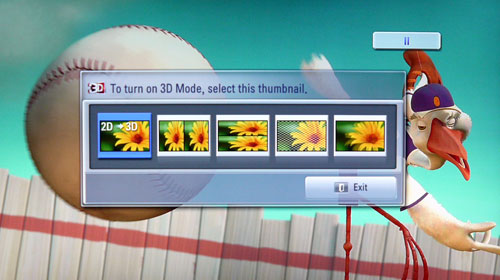 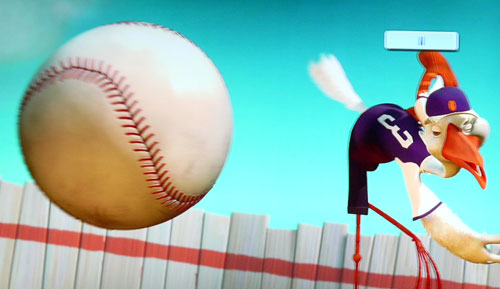