You Can Do Magic!

Last year, LG supplanted their cushy Scarlet suite with the INFINIA series, one which boasts of a polished BORDERLESS dress sense and premium looks. Sadly, it has lived out its temporal lifespan, for the INFINIA franchise has been discontinued according to the Korean conglomerate. Instead, LG has chosen to adopt the 'Smart TV' moniker for their latest fleet of HDTVs, and hopefully, hint at something more than just an Internet-ready display loaded with apps. Amongst the newly revealed Smart TVs, one of the more affordable series such as the LV3730 did pique our interest with its promise of Full-HD capabilities plus local and foreign content. In addition it also carries LG's toughened IPS panel, illuminated by edge-mounted LEDs. However, pseudo local dimming benefits do not apply on this series. We brought in a 42-inch model (a popular size) to assess if the newcomer lives up to our expectations. 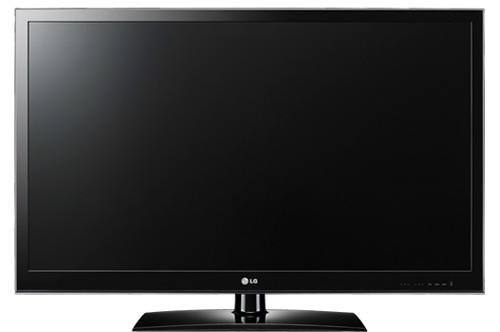 As with LG's new armada of Smart TVs, such as the LV3730 in question, consumers here can now get their hands on the optional Magic Motion Remote. For the record, an earlier iteration was actually available in Korea since last year. With the new Magic stick, you don't have to rely on finicky D-pads found on standard remotes to control the onscreen cursor. Simply point-and-click at the TV to manipulate the onscreen icons akin to how you might use a Nintendo Wii-mote stick. That said, how will LG's hardware and software elements stack up collectively? Is this edge-lit LED TV and all its Smart features really worth its salt? While we have yet to touch on LG's latest Cinema 3D sets, let's find out if this affordable 2D Smart TV is good enough to knock out the raging LED-backlit TV competition.