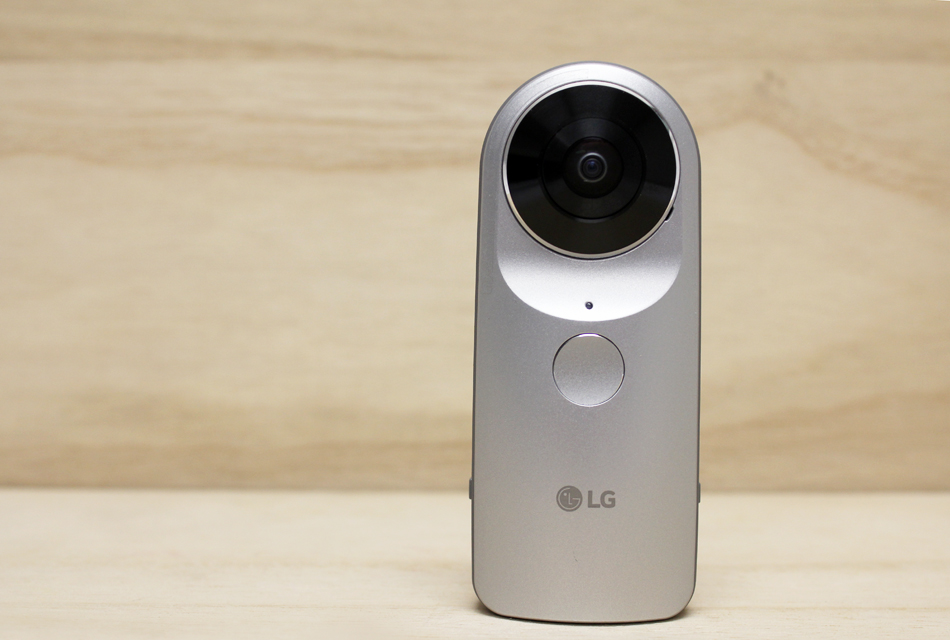 The LG 360 Cam is a small pocket-sized 360-degree VR camera with dual 13-megapixel, 206-degree fisheye lenses, one on the front and one on the back. When you take a photo or video, the camera stitches both images together into a 360-degree shot (like the ones you see on Google Maps Street View).

The 360 Cam has been launched as one of the 'friends' for LG's G5 smartphone, and is designed to be used alongside its 360 VR headset, but the Cam will actually work with any phone - there's even an iOS app if you want to use an iPhone. Technically, you can even use it on its own without a phone, although I wouldn't recommend it.

The 360 Cam is available now for S$398, or as a purchase with purchase with the LG G5 for S$298. That sounds quite reasonably priced, but let's see how it works and if it's worth it.

The LG 360 Cam easily fits in the palm of your hand, and measures 30 x 97 x 25mm, and weighs just 75g, which makes it small and light enough to keep in your pocket and carry around with you all day. The camera is entirely plastic, but has a pretty nice looking metallic silver finish with a rubberized gray frame running around the edge. On the front, there's a single recessed record button, which makes it easy to access for quick snaps.

Along the side there's a small power button, which also doubles up as a toggle button for switching between 360 and 180-degree photos. Above the power button there's an indicator light for showing which mode you're in, and below it, there's a battery light indicator. 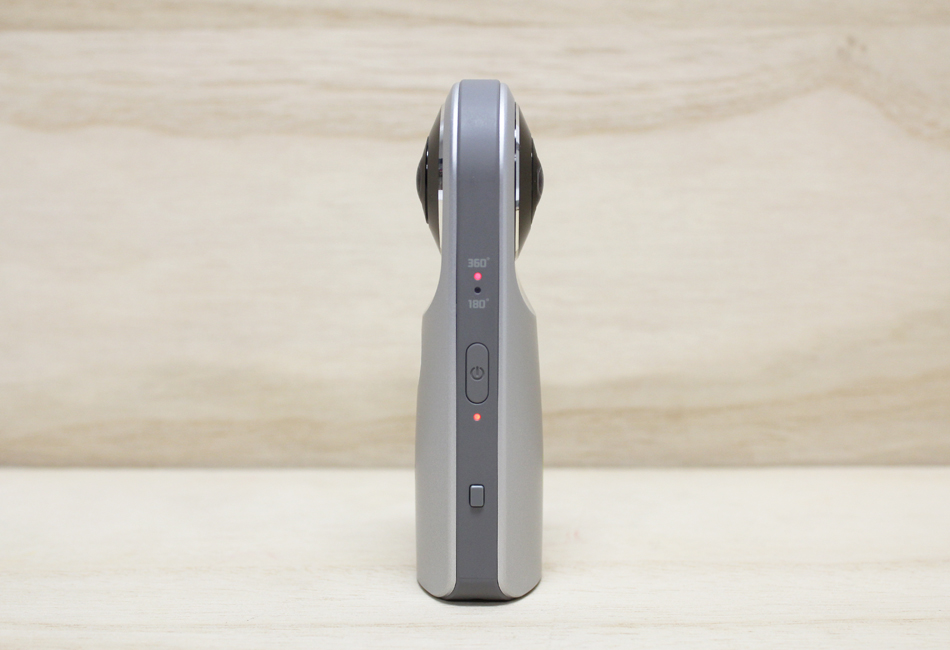 On the bottom of the device you'll find a standard 1/4-inch tripod thread for mounting on a tripod. There's also a flap here that covers the microSD card slot and a USB-C charging port for charging its non-removable 1,200mAh battery. Note that unlike most cameras, there's no internal storage in the 360 Cam, so you'll need a microSD card installed to take photos or record videos, even when the camera is connected to your phone. There's no microSD card supplied with the 360 Cam, so don't forget to buy one! 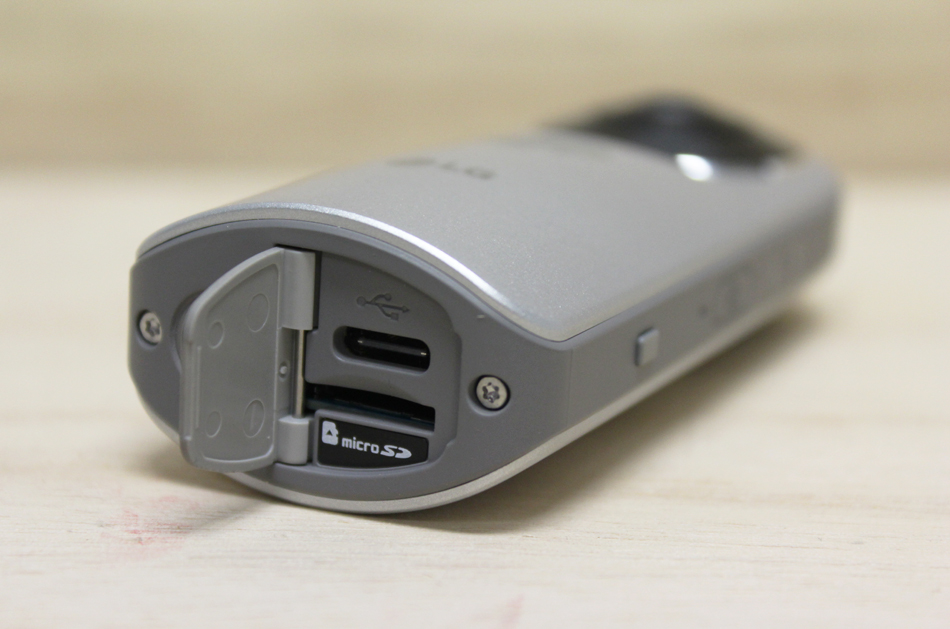 The Cam doesn't have a microphone or headphone jack, but you do get three embedded mics that are able to pick up surrounding audio. The mics are neatly hidden around the edges of the camera lenses - two on the front, and one on the back. 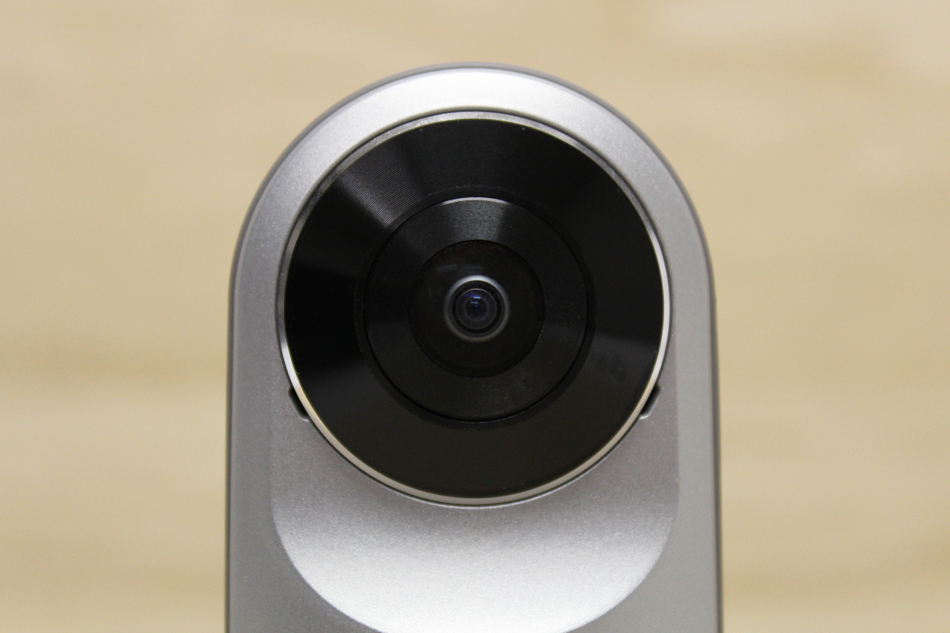 The camera is nicely designed, and its slim shape and ergonomic handle make it easy to shoot with. Amazingly, the slightly recessed dual fisheye lenses sit flush with the body, making it far more portable than Samsung's spherical Gear 360 camera. 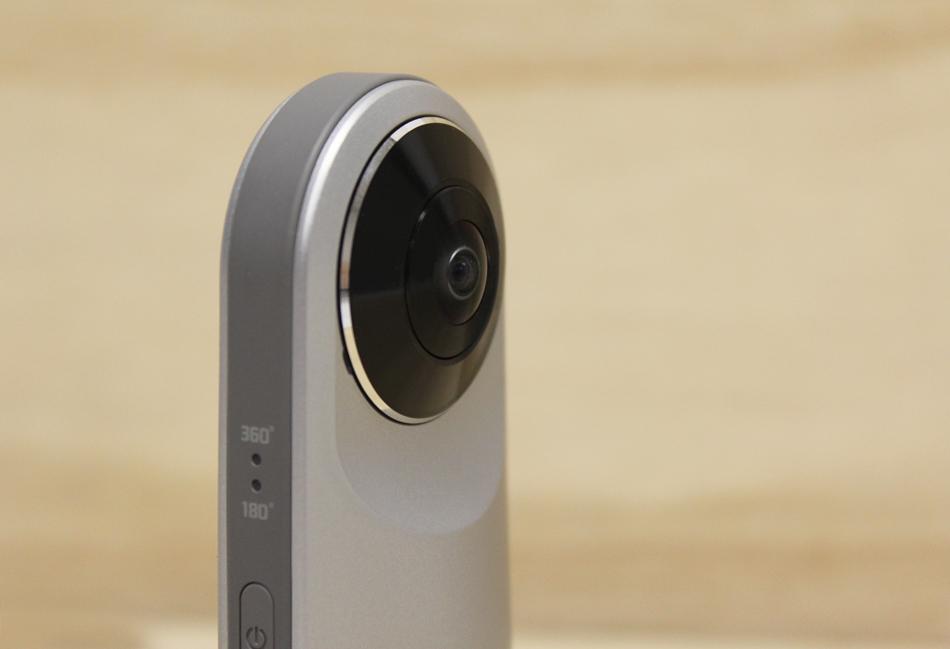 The 360 Cam comes with a protective dark gray plastic case that it partially slides into to protect the lenses. Flip the Cam around and insert it into the case backwards and it will also act as a handle extension to the grip. 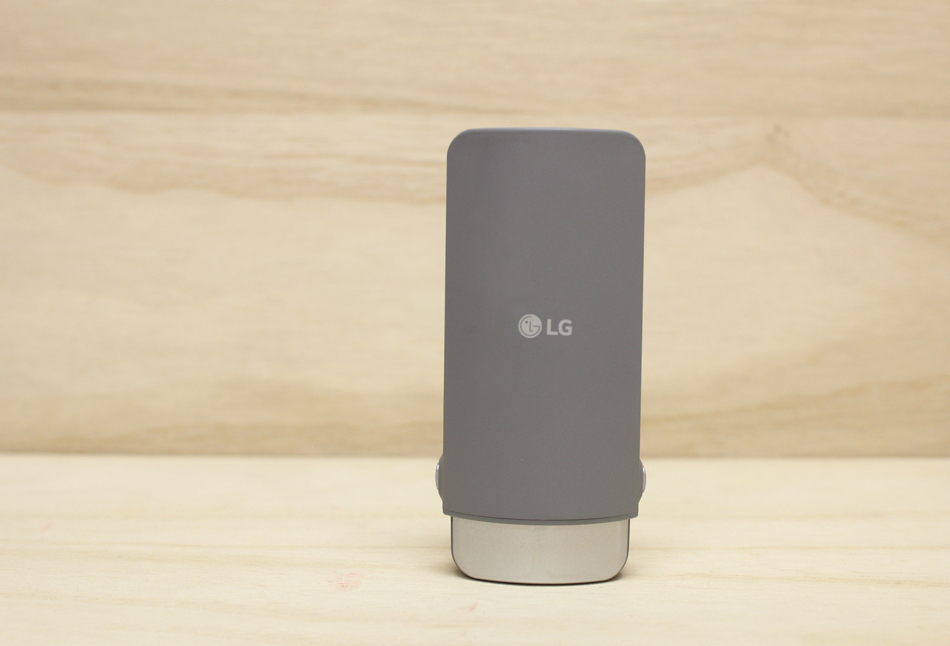 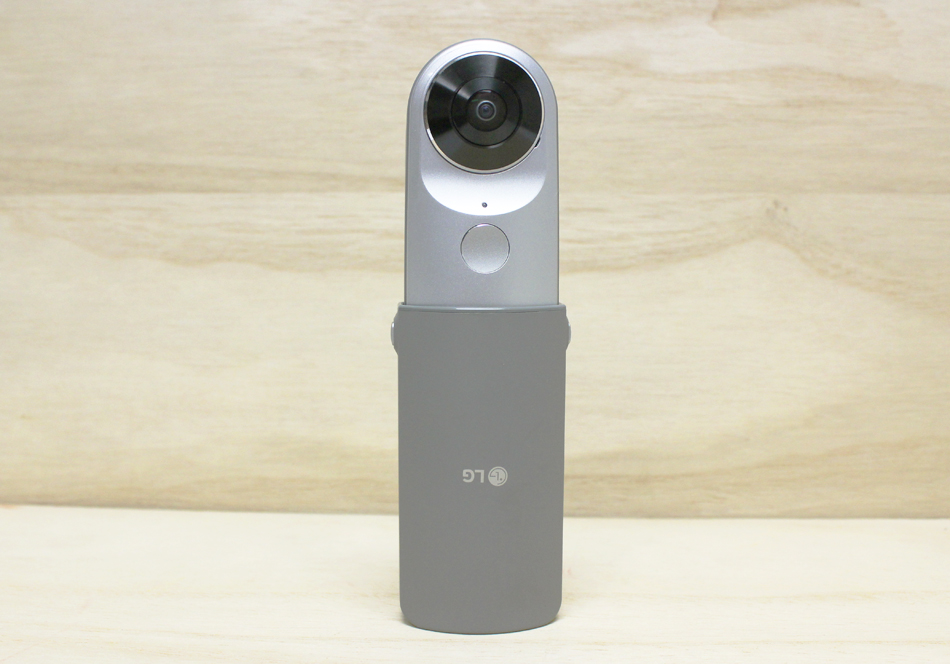 While you can technically use the LG 360 Cam on its own, since it only has two buttons and no viewfinder you're better off pairing it with a smartphone through LG's 360 Cam app, which is compatible with all Android 5.0 or iOS 8 devices or later. Pairing can be a bit fiddly and requires you to connect to the 360 Cam's WiFi and enter the serial number of your particular model as a password.

While the device itself has minimal controls, once you have a smartphone connected you'll find yourself with a lot more options. The most important of these is a live preview image for both 180-degree and 360-degree shots. You can also toggle between photo and video recording and there's even a Manual mode that lets you adjust shutter speed, ISO, and white balance. If you prefer to stick to Auto mode, you can choose between four scene modes to help you get better pictures: night, indoor, landscape and sports. 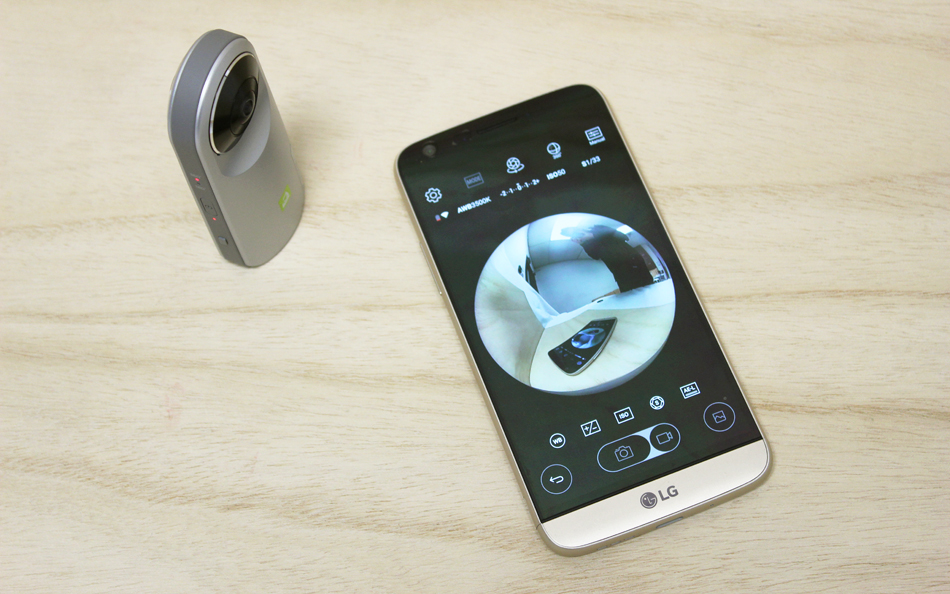 You can also choose which of the two sensors is considered the "front" (although it doesn't really matter which one you choose) and, if you're shooting in 180-degree mode, there are three fields of view to choose from.

The UI is generally fine, and anyone with an LG G4 or G5 will recognize it as a modified version of LG's camera app. Having said that, I experienced a few annoying issues while shooting with it.

Occasionally, the live preview would freeze up or start to lag for a few seconds before resuming its feed (often after taking a few shots). I'm not sure if this is because of a bad Wi-Fi or Bluetooth connection or just the camera unable to handle extra information while its saving images. It also takes about eight to ten seconds or so for the camera to startup each time and connect to your smartphone, which is just way too long if you want to capture something quickly (you can of course just blind shoot with the button on the camera but it's not ideal). To save power, the camera disconnects after two minutes of inactivity, so having to reconnect each time was a bit frustrating.

Write a Review
Compare This | Specifications
Small and light form factor
Easy to use
Affordable
Smartphone app pretty much essential
No internal storage
No starter microSD card in the package
Image quality could be better
Our articles may contain affiliate links. If you buy through these links, we may earn a small commission.
Sponsored Links