Let us be absolutely clear, the Lenovo Yoga 3 Pro has huge shoes to fill. After all, its predecessor - the Yoga 2 Pro - was the winner of our Best Ultra Portable Notebook category in the last Tech Awards. But to begin, how are things looking for Lenovo?

Well, things are looking pretty rosy for Lenovo. Lenovo is now the world’s number one PC company and has also made notable inroads in other businesses, such as tablets and smartphones. It is also the third biggest smartphone brand in China, closely behind Xiaomi and Samsung. And the company has been experiencing growth for the past couple of years, which is impressive, especially when compared to its competitors and also bearing in mind of the fact that the PC market on a whole is in a decline. 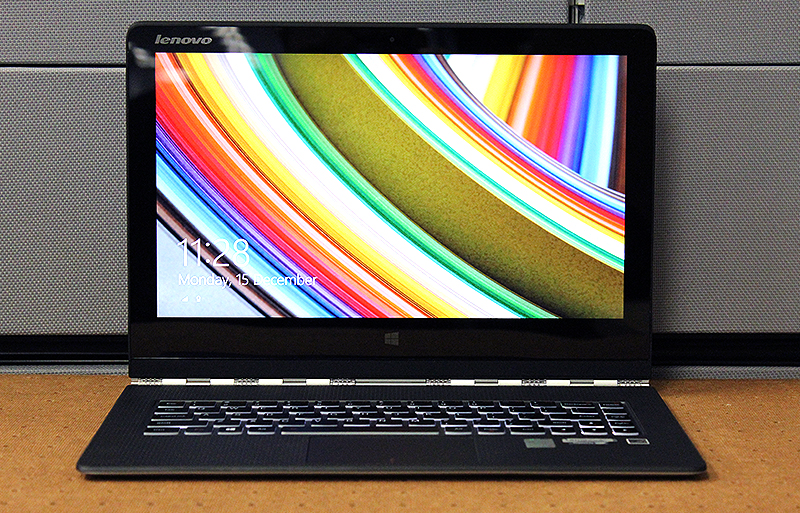 Integral to Lenovo’s achievements is its success in the convertibles market. At a recent event, Jessie Quek, Lenovo’s country general manager for Singapore, told us that Lenovo accounts for a whopping 48% of all convertible devices sold. While impressive, this is not entirely unexpected as the old Yoga 2 Pro was the best convertible device in the market by some margin.

Its successor, the Yoga 3 Pro, was launched earlier last month and it features numerous upgrades over its predecessor, most notably Intel’s new Core M processor. Let’s find out what else is new. But first, here's a quick video overview of the product:- 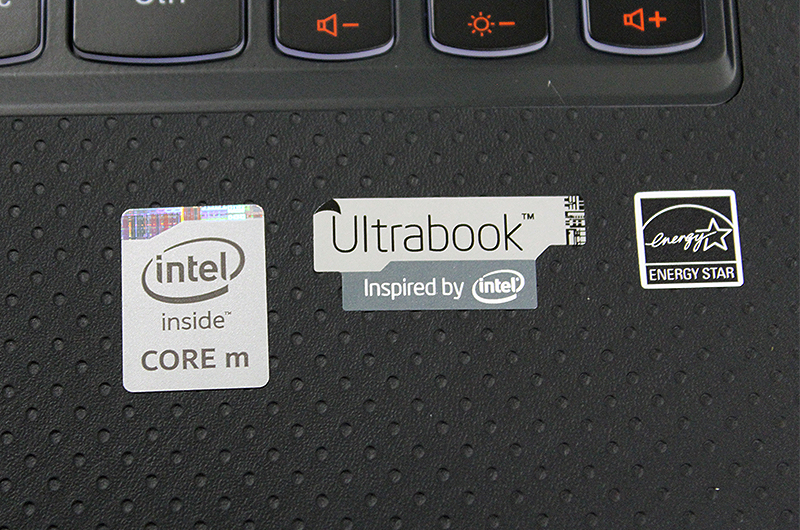 The Yoga 3 Pro is particularly noteworthy because it is one of the first notebooks in the market to be powered by Intel’s new “Broadwell” Core M processor - specifically the dual-core Core M-5Y70. For those unfamiliar with Intel’s microarchitectures, Broadwell is the 14nm die shrink of their Haswell microarchitecture. Typically, a die shrink can provide both performance and efficiency improvements. And in the case of the Core M-5Y70, its TDP is so low - just 4.5W in fact - that Lenovo was able to employ a fan-less chassis design for the Yoga 3 Pro.

With such a low TDP, we are not expecting stellar performance from the Core M-5Y70. A die shrink alone typically cannot provide such low TDP without sacrificing some performance, especially if you remember that the older Yoga 2 Pro has a Core i5-4500U processor that has a TDP of 15W, so something has got to give. Furthermore, the Core M-5Y70 in the new Yoga 3 Pro has a base clock speed of just 1.1GHz, whereas the Core i5-4500U’s base clock speed is a much higher 1.8GHz. The Core i5-4500U also has a higher turbo frequency of 3GHz as compared to the Core M-5Y70’s maximum turbo frequency of 2.6GHz.

Processor aside, the Lenovo Yoga 3 Pro also comes with 8GB of RAM and a choice of either 256GB or 512GB of flash storage. Graphics processing duties are handled by the integrated Intel HD Graphics 5300 GPU. This is a new integrated GPU part that is introduced along with the new Broadwell processors and on paper seems to be a match for the older Intel HD Graphics 4400 which is seen in processors that are powering a lot of the Ultrabooks in the market today. 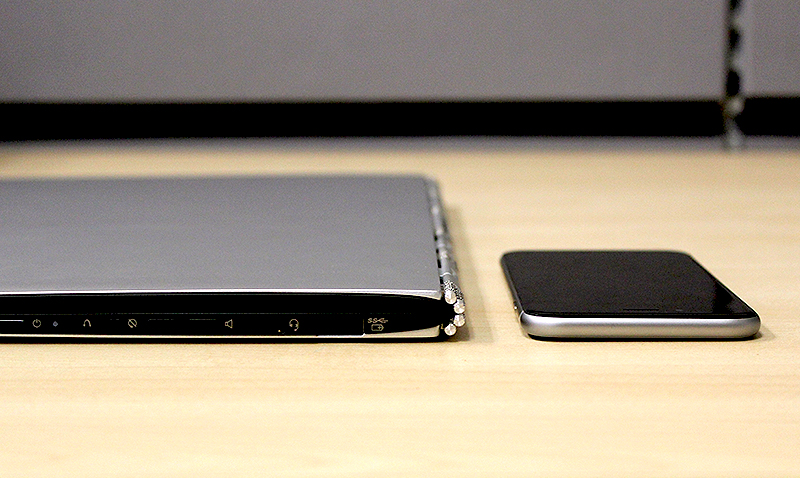 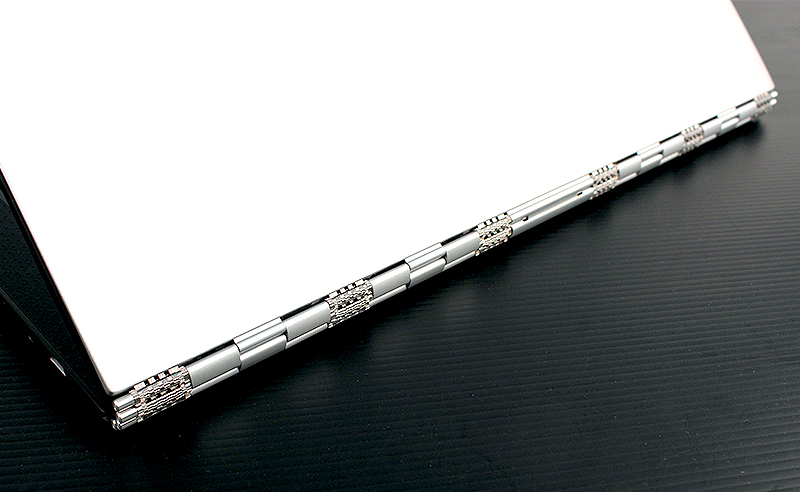 Like its predecessor, the Yoga 3 Pro features a specially designed hinge that allows it to be used in various modes - laptop, stand, tent and tablet. The hinge on the Yoga 3 Pro has been completely redesigned and features what Lenovo calls a "watchband hinge." Said to be inspired by the bracelets of watches, the hinge is made up of over 800 stainless steel and aluminum components that allows the Yoga 3 Pro to be folded almost completely flat. The hinge looks unlike any we have seen on a notebook and is well constructed, requiring a fair amount of force before users can move it. 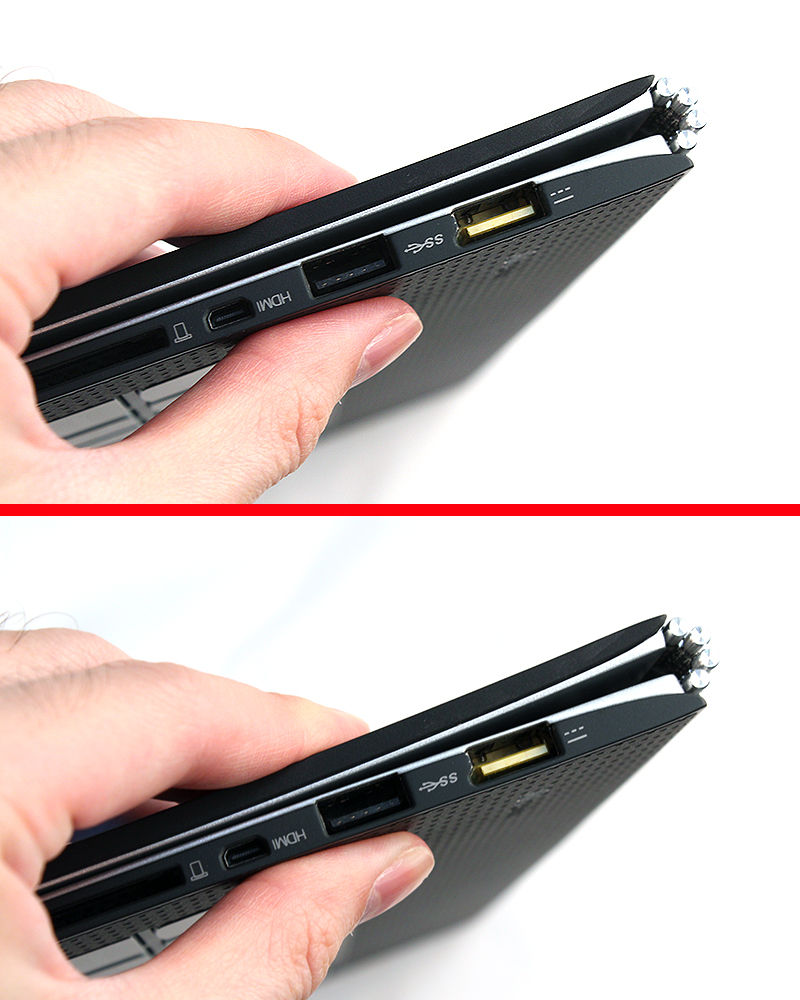 However, while the hinge is well built, the same cannot be said for other parts of the notebook. The screen displays a worrying amount of flex. Fortunately this is only noticeable when you use the Yoga 3 Pro as a tablet. The problem is that as the Yoga 3 Pro is folded in tablet mode, there is a small gap of space between the base of the display and keyboard - see the photo above for a clearer picture. Holding the Yoga 3 Pro at the base of the display therefore causes the display to flex. Clearly, Lenovo needs more work on the hinge if the next Yoga convertible device is to be able to fold completely flat and avoid a repeat of this problem. Meanwhile, it's too early for us to accurately comment if the flex observed posses reliability issues to the device in the long run (though ideally, it's best not to have any flex). One of the reasons we are so fond of the old Yoga 2 Pro is because of its high resolution display. Lenovo knows this and has retained the same 3200 x 1800 pixels resolution display on the Yoga 3 Pro. Needless to say, the IPS display on the Yoga 3 Pro is wonderfully sharp and exhibits lush colors. But if we were to nitpick, we would have liked the display to have a matte finish as its glossy finish is highly reflective. We would also have preferred the display to be a little brighter as even at maximum brightness we found it to be a tad too dim for our liking. 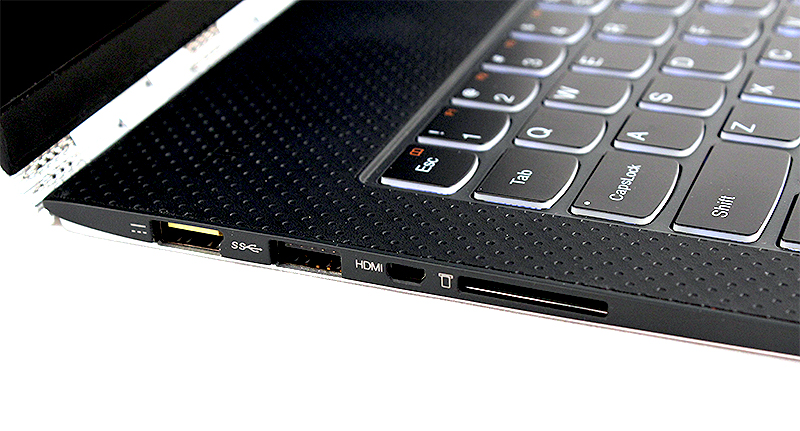 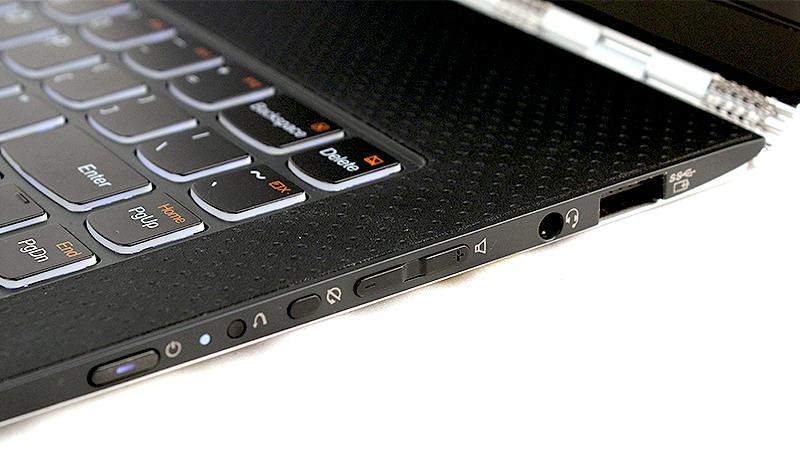 As for ports, the Yoga 3 Pro offers up two USB 3.0 ports (one more than the Yoga 2 Pro ) and its DC-in port can also double up as a USB 2.0 port when it is not being charged. There is also a 4-in-1 memory carder reader. Where connectivity is concerned, we are happy to find that the Yoga 3 Pro supports Wireless-AC and uses an undisclosed wireless module that supports 2x2 streams, meaning a maximum wireless data transfer rate of up to 867Mbps is possible. The Yoga 3 Pro also supports Bluetooth 4.0. Sadly, an adapter is required for users who want to pair the Yoga 3 Pro to an external monitor as it only has a micro-HDMI port for video output. Additionally, the placement of the power key can be improved as it is easy to accidentally press on it when using the Yoga 3 Pro as a tablet. 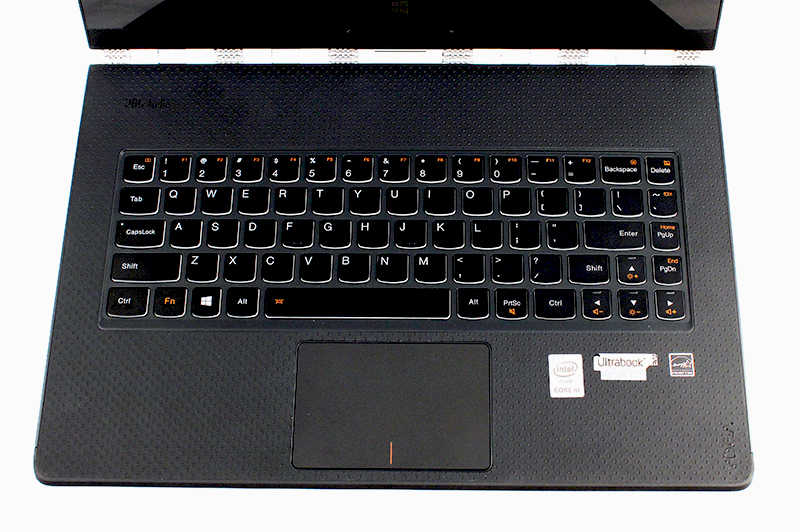 Like its predecessor, the Yoga 3 Pro’s keyboard is well-sized and easy to type. It also has backlights, so working in dimly lighted environments is no issue. The Yoga 2 Pro has keys that were criticized for being a tad too shallow and it is the same story on the Yoga 3 Pro. The thinness of the chassis necessitates such a design and while there is noticeably less travel in the keys of the Yoga 3 Pro, but we did not find it to be a deal-breaker. One other point you might want to be aware about is the lack of a dedicated function key row that often doubles up for multimedia and other quick notebook controls; instead most of these have been embedded within the remaining existing keys as you can see from the above photo. You could say it's prudent use of the existing keys and space, but it could potentially irk some users.