Note: This article was first published on 9th November 2016 and re-published again. 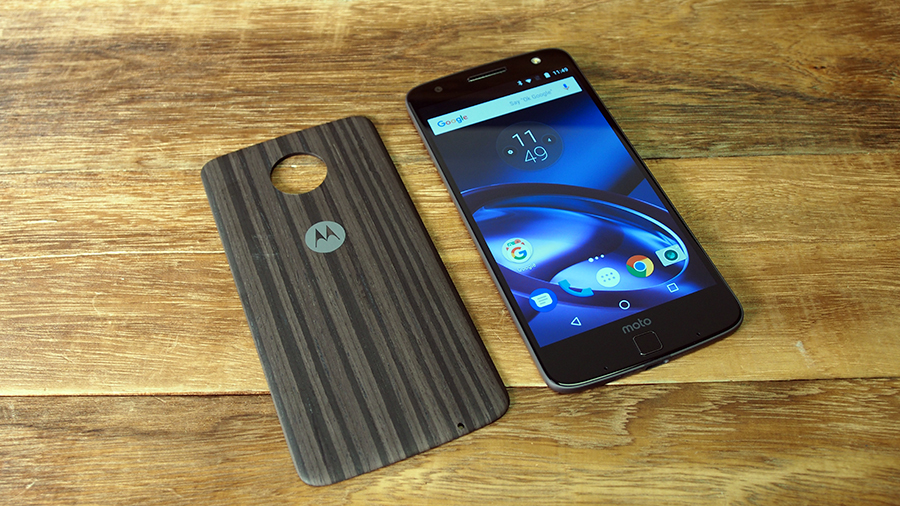 Lenovo's new Moto Z might be a little late in the flagship Android smartphone race, but it's bringing a fresh take on the modular phone concept. But didn't LG share its intentions to get off the modular bandwagon after its bout with the LG G5? Let's not forget that Google shut down its Project Ara, which was said to bring truly modular capability and phone features. So is the Moto Z heading for a wall?

Unlike its rivals and their projects of the past, Lenovo has approached the modular concept from a slightly different angle. Most importantly, the Moto Mods are hot-swappable, and our market sees four different attachments available at launch. To further emphasize on its customizable design, the Moto Z also has a series of cosmetic Style Shells. All in all, it sounds pretty exciting, since most smartphone makers are trying to bring software like advanced AI assistants, better battery management, and smarter algorithms for nicer photos or smoother user experience.

Simply said, the Moto Z doesn't just want to be another 2016 flagship phone with a Qualcomm Snapdragon 820 processor. Here, you'll find one of the thinnest phones we've seen this year, coupled with a clean user interface and a modular design. We'll assess how the Moto Z holds up on its own, and whether the modular design can change the user's experience, or at least change how our smartphones will be like in the future. 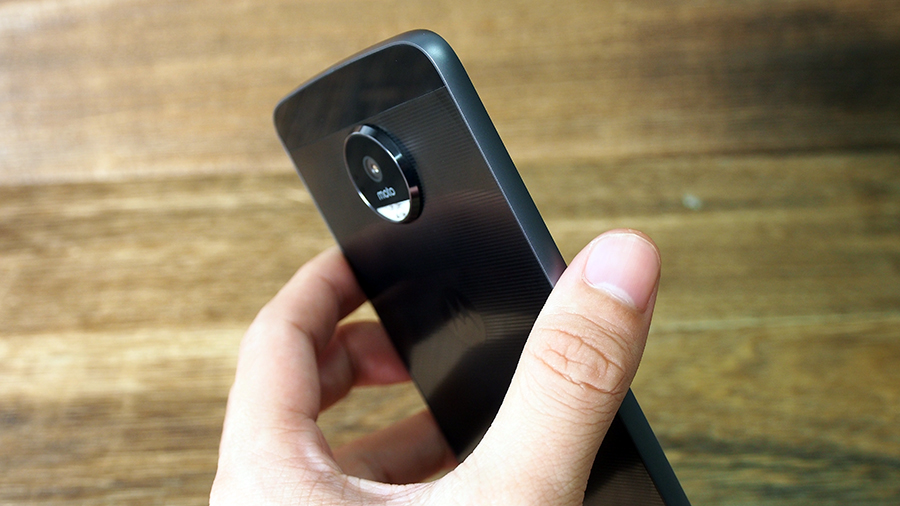 The first thing that stood out to us was the Moto Z’s thickness, which measures just 5.2mm-thin. A cursory glance at the flagships we’ve handled this year showed that the Moto Z is almost 2mm thinner than the typical 7 – 9mm Snapdragon 820 and equivalent phones around. While the depth of the phone is a cosmetic preference that’s not indicative of its hardware, using the slim Moto Z truly felt like operating a device of a new age. A quick glance at the specifications showed us how Motorola (actually Lenovo) did not make any major compromise to adopt this form factor – save for a smaller battery capacity when you compare it to the US-only Moto Z Force. 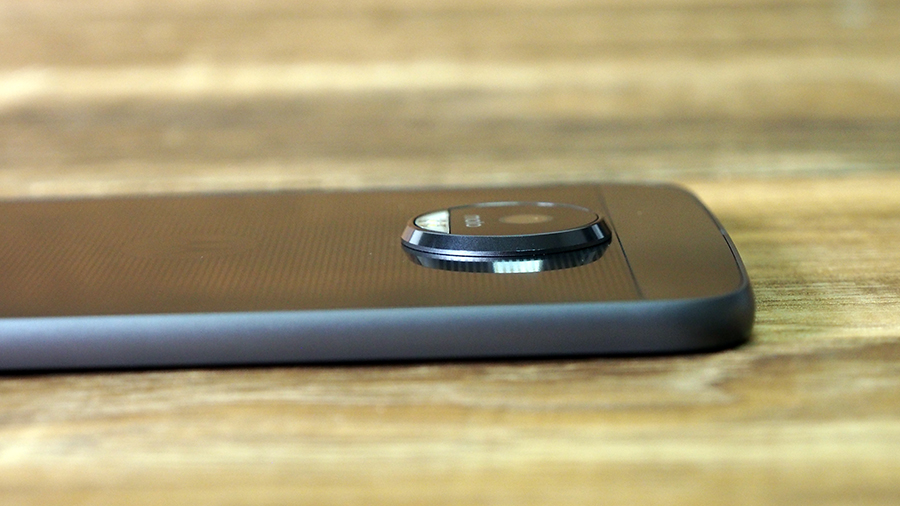 The slim design is not without its downsides – the rear camera module housing has a busty protrusion, so it’s virtually impossible to have the phone lay flat on a desk. A typical user wouldn’t want to risk damaging the lens in everyday use. That can be rectified with a pleasant looking Style Shell, which adds approximately 1.5mm to the phone’s overall thickness (yes, we measured) while making the phone’s rear lay flush on most flat surfaces. Even with a Style Shell, the Moto Z is still one of the thinnest 2016 flagship smartphones around. 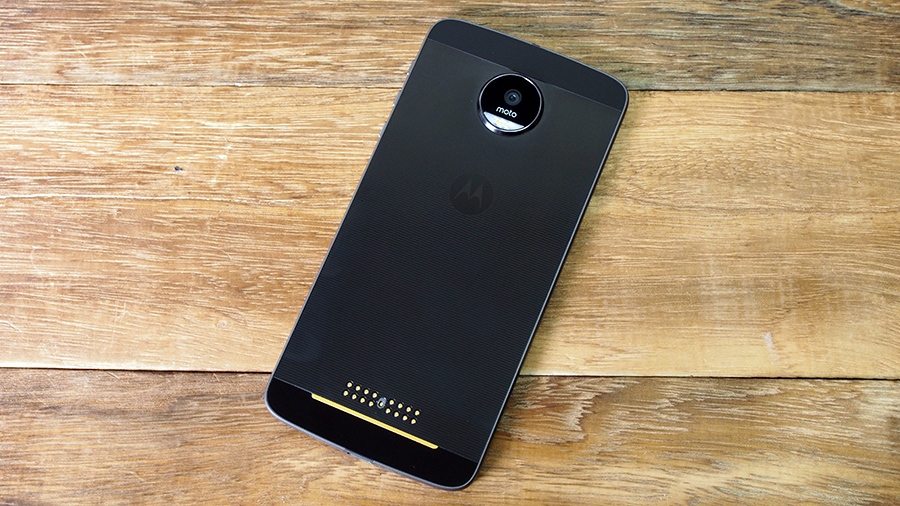 The Moto Z’s body is made from military aircraft-grade aluminum and stainless steel. The rear features a polished finish, which gives the device a premium, glossy appearance. The volume and power/lock buttons are found on the phone’s right flank. The buttons are nearly identical in design, save for the power button’s ridges. While helpful, the ridges are not deep enough for intuitive handling – you’d be fumbling for the lock button when putting the phone away just as you are about to cross a street, for instance.  Otherwise, the Moto Z’s design is visually attractive, emphasized with commendable build quality.

Lenovo said the Moto Z has "water-repellent coating". With further digging, we found that the resistance came from nano-coating technology, and it only protects against moderate water exposure such as splashes and light rain. The Moto Z cannot be submerged in water, and neither can it tolerate pressurized jets of water. While it’s not waterproof, the Moto Z would still be functional in everyday use where it matters most. 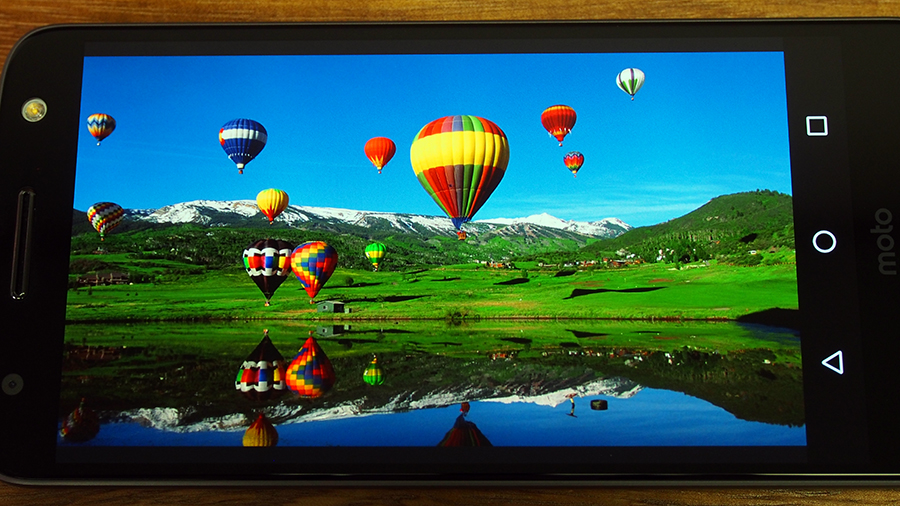 The phone has a 5.5-inch Quad HD (2,650 x 1,440 pixels resolution) AMOLED display at ~535 PPI. From the test image, it’s evident that the AMOLED’s characteristics are strong in this phone – the image appears vibrant, with a warm color temperature. Two other things stood out too – the display’s maximum brightness appears slightly dimmer than the Galaxy S7 Edge we had on hand. The Moto Z display is also not as sharp - it’s not obvious until you look at the orange balloon that’s next to the larger multi-colored one. Just for reference, the Galaxy S7 Edge has a slightly larger Quad HD Super AMOLED display.

The default speaker is functional, with a moderate maximum volume that can barely fill a small room. The audio capabilities can be expanded, but it’s done via the JBL Soundboost speaker Moto Mod that’s sold separately. If you’re big on audio and displays, the Moto Z by itself isn’t the best there is, but it works well nonetheless.