Given the Legion Y740's small 57Wh battery, it's not really surprising that it didn't fare too well in our battery life tests, lasting barely over two hours in PCMark 10's Modern Office benchmark. That said, power consumption was also on the higher side compared to the Acer and Gigabyte laptops, which were also equipped with the GeForce RTX 2070 Max-Q.

Furthermore, since the Lenovo laptop also didn't the slimmest or lightest machine around, it didn't do too well in our portability index, which takes into account things like battery life, weight, and chassis dimensions. It is considerably less portable than the Acer Triton 500 and Gigabyte Aero 15 OLED XA, and only marginally better than the Aorus 15, which isn't even a Max-Q laptop.

Clearly, you won't really want to rely on the Legion Y740 if you don't know when you'll next be able to find a power outlet. 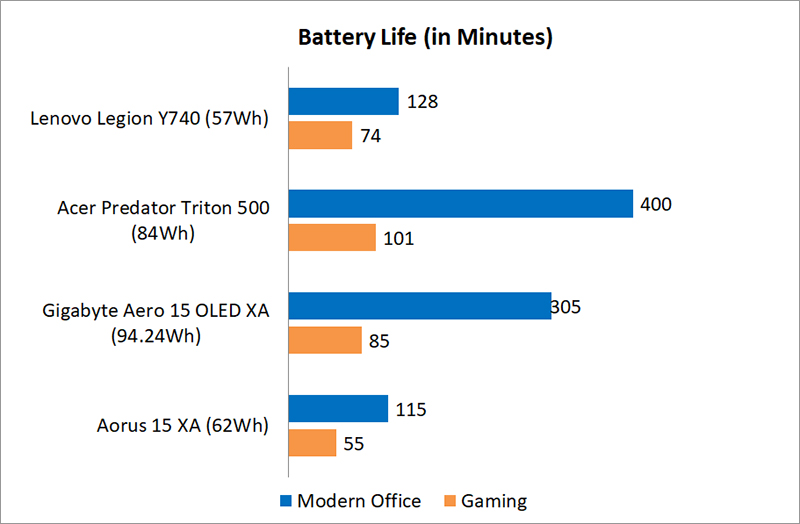 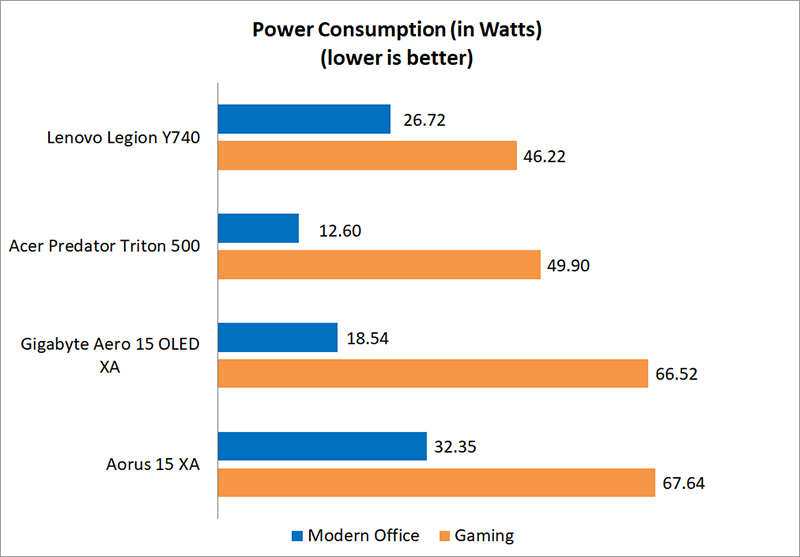 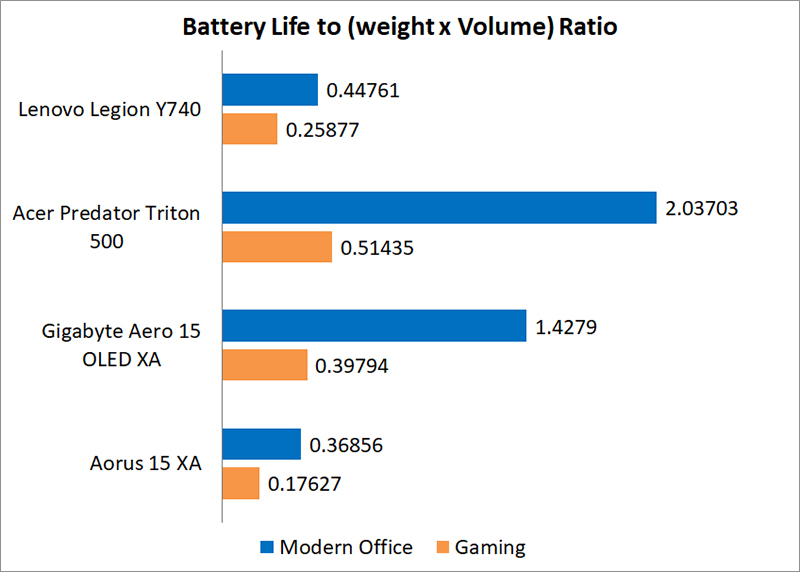 The Legion Y740 is cooled by a total of three heat pipes, which isn't the most impressive setup I've come across. For instance, the ROG Zephyrus S GX502 has a total of six heat pipes. In this case, the CPU and GPU each have their own dedicated heat pipe, but the third is shared between the two of them. 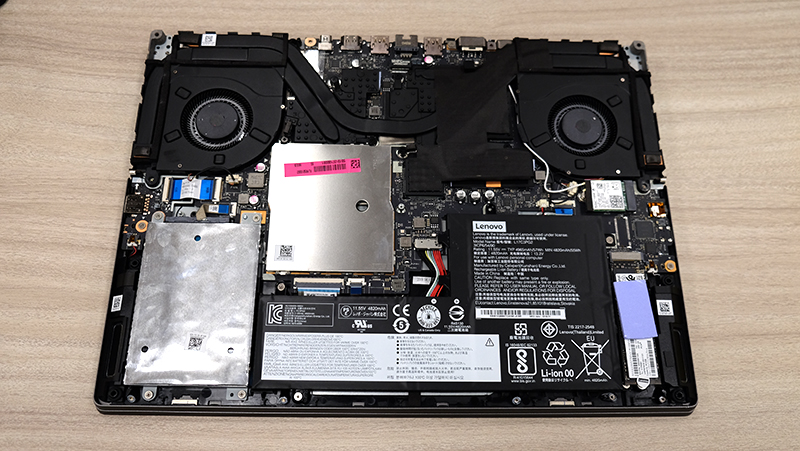 Cool air is drawn in through the bottom of the laptops by the two fans and expelled from the sides and back. One thing to point out is that the Legion Y740 is surprisingly quiet for a gaming laptop, even after selecting the highest performance mode in the Vantage software. As I mentioned earlier, there's no way to manually adjust the fan speeds in Vantage, and it seems like the fan curve works pretty conservatively.

The good news is that this doesn't seem to have affected performance, and surface temperatures, particularly the palm rests, were more or less in line with the other laptops. It does get warm to touch of course, but it never got excessively toasty. That said, CPU temperatures are on the high side, although they're still better than on the Aorus 15. 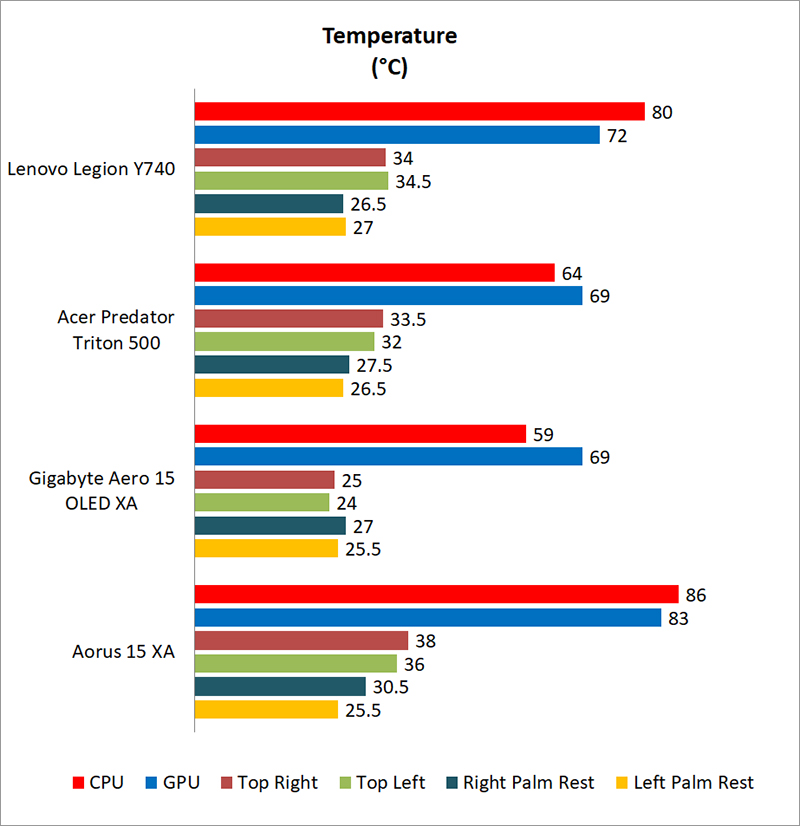