Legends of Runeterra Review: It's Poro-sized fun for everyone 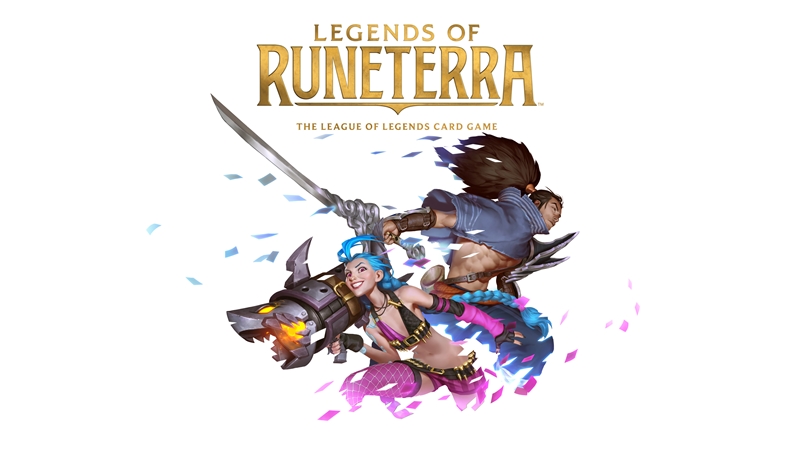 Picture this: it's a bright and sunny Saturday morning, and you've just finished another League of Legends match with a satisfying 9/0/3 KDA ratio on Jinx. You're well on your way to hitting Challenger this season, but your pals have all gone offline and you don't want to risk breaking your win streak over a "possible lack of communication".

But you still want to play Jinx.

Well, you could always boot up a custom AI match and toss your chompers at the bots, but then again, you could ALSO build a Jinx deck in Legends of Runeterra and go full ham there too. And that's why we're here - to explain why the latter is an excellent idea.

What the Poro is Legends of Runeterra?

LoR, as we'll be calling it, is one of Riot Games' new and upcoming titles, alongside the team-based shooter Valorant that's set for a Summer 2020 release. It's their take on a tactical card battler, blending diverse battlefield strategies, interactive gameplay, and most importantly easy card acquisition. The end result is a title that's simple to learn, deceptively addictive and all clothed in the familiarity of characters from Runeterran lore.

In terms of the overall aesthetic, the game takes several pages out of LoL's book (naturally), featuring the usual formula of magical runes, powerful beings, evil specters and even a few steampunk-inspired bits here and there. It's pretty much the same since our last playtest, although the animations seem much sleeker and more detailed than before. Naturally, there are more cards and abilities as well, but we'll cross that bridge in greater detail when we get there.

Let's address the elephant in the room first: what makes LoR stand out from the competition? After all, card battlers aren't exactly the newest genre on the block - titles like Hearthstone and Shadowverse have been around since Zilean-knows-when (heh), and LoR is going to need to pack some serious punch if Riot wants to make their voice heard.

First off, their biggest boxing glove is lined with familiarity, which is a given considering the game is largely based on characters and lore from League of Legends. From a bystander's point of view, it's quite a "cheap" trick to pull, but they've done it in a really unique way that gives veterans the nostalgia points they want but doesn't alienate newer players.

Well, if you've dabbled in LoL before, you'll probably know that Braum isn't exactly the pinnacle of offensive power. He's ridiculously good at defense though, and Riot has kept his LoR adaptation that way. Essentially, the developers are riding on the Champion-exclusive mechanic called Level Up, and it's achieved by having each of them perform specific actions based on what they're known for being good at.

So, a tanky guy like Braum would probably Level Up by tanking X number of hits, while a sleek, lithe assassin like Katarina would probably do so by performing some hit-and-run interaction. It's a very nice way of keeping the various champions in "character" for the veterans to appreciate, so to speak.

But what if you were a new player who's never seen Braum's glorious moustache in your life? Well, just use common sense then. Bringing back the Braum versus Katarina comparison from before, who do you think is more likely to level up by tanking hits, eh? Please tell me it's not the paper-thin assassin with that peanut of a health pool.

The gameplay itself is also marvelously interactive, and that's mainly because of the game's unique "attacker versus defender" system, which is conceptually simple yet probes the question of why no one has thought of this before. Of course, it's not a solo gig - Riot has also adopted and tweaked quirkier mechanics from other card games and tied them together to concoct their own unique flavour.

The best example is probably the Spell Speeds system, which is a page taken out of Yu-Gi-Oh!'s book. This assigns different "priority" levels to your spell cards, meaning some of them can be played to counter other spells if they have a higher "speed". Now, it might seem really tricky here, but rest assured it's a cinch once you run through the tutorial.

With all that in place (plus loads of other mechanics) and coming together like a well-oiled machine, LoR's overall gameplay experience is rather lightweight and crisp, while still retaining the tactical edge that's a quintessential part of any card battler.

When they say free-to-play, they mean it

Now I probably like this third feature the most, as will anyone who's worried LoR will be yet another burden on their monthly budget: it's extremely easy to get cards! Without real money!

Yes, it's exactly what it means. Unlike most other card games, it's actually reasonably easy to get the cards that you need (or want) just by playing LoR. From weekly (and daily) Vaults that award tons of freebies to the various Wildcards (I LOVE this) that let you craft ANY card of the corresponding rarity for free, LoR's card acquisition system works in a way that allows players to get most of the cards just by enjoying the game and exploring all of its nooks and crannies.

In fact, I'd wager that just finishing all the tutorials already gives you more deck options than you can count on both hands, and that's absolutely glorious.

Write a Review
Compare This | Specifications
Easy to pick up and get used to
Cards are reasonably easy to acquire, even without cashing in
Refreshing, crisp gameplay and visuals
Nostalgia factor for LoL players
Newbies might get "cheesed" out and put off
Nostalgia factor is a big part of its aesthetic appeal
Might not appeal as much to players who like to chain cards
Our articles may contain affiliate links. If you buy through these links, we may earn a small commission.
Sponsored Links