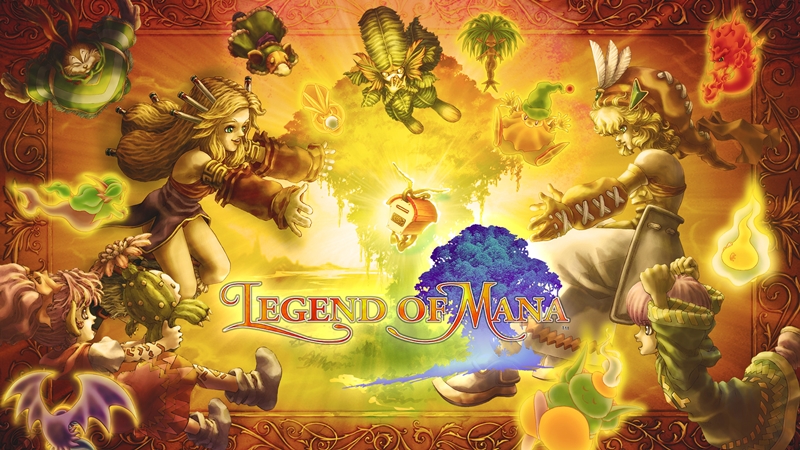 Although I didn't play the original Legend of Mana when it first came out in 1999, I did grow up listening to all of the hearsay about it being a fantastic game, and I'm just glad that the recent 2021 HD remaster (for PC, PS4 and Nintendo Switch) finally gave me a solid reason to try it.

And to cut a long story short, I've come to adore it.

In the twenty-two years since its release, the game has aged beautifully, and it seems that all of the positive hearsay was well and truly founded. Perhaps the most surprising fact is that it's not the nostalgia factor that leaves me wanting to dive straight into the next zone or challenge another boss without delay - it's the sheer simplicity and the crispness of the gameplay formula that really makes it stand out. Not only is this game relatively easy to pick up, but I particularly like how the game does away with having a single overarching narrative in favour of several bite-sized arcs, making it easy for everyone to enjoy the game at their own pace.

No need for the bells and whistles 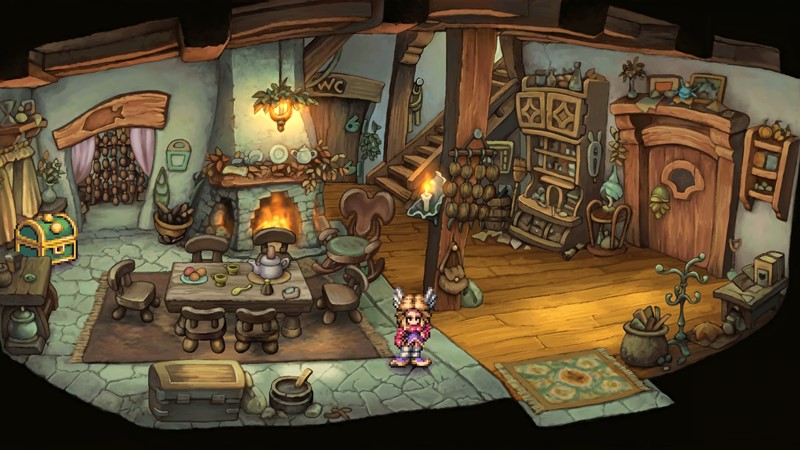 With modern games constantly trying to one-up each other by being more complex and expansive, it's easy to forget that a simple concept done right can also make for stellar experiences, and this is where Legend of Mana shines. Amusingly, I think anything I say now might already be considered well-worn territory given the main content of the game hasn't been updated or changed. But let's hear the newbie out, yeah?

Like many other rookies, I spent the better half of my first hour stumbling around trying to get my bearings, and this is probably the only bit about the game I don't particularly like. Admittedly, I understand that a two-decade-old game might not have the most refined objective system out there, but having to run about looking for a basically unmarked NPC and trying to figure out how to start quests very nearly put me off the game outright. It doesn't help that the game isn't very explicit about which doors you can open and which entrances are actually, well...entrances. 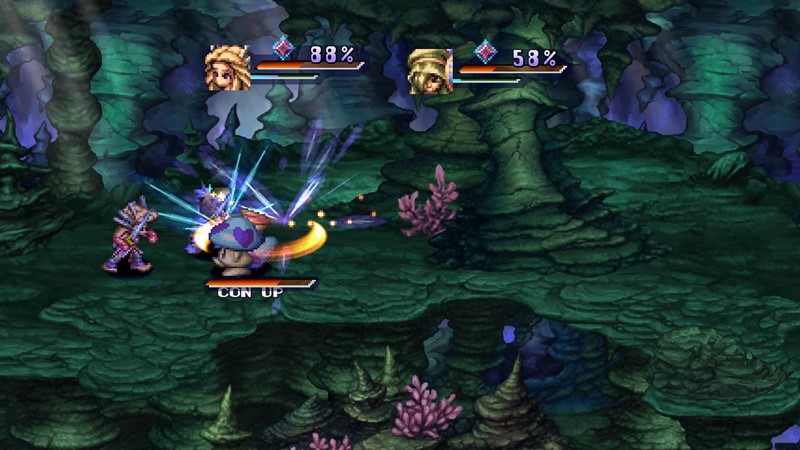 Nevertheless, I eventually managed to embark on my first quest - rescuing a princess who had apparently gotten lost in a cave. Needless to say, the combat system stumped me a little at the beginning as well, but it wasn't as difficult nor as complex as I expected it to be. Instead of having to worry about 8-10 buttons simultaneously like you might need to do in franchises like Monster Hunter, LoM just hands you the bare minimum and calls it a day: attack, heavy attack and a small customised list of 3-4 magical and special techniques. These are all supplemented by regular dodging and tactical movements during each engagement, and I actually found the experience oddly blissful.

Coupled with the charming fantasy aesthetics, catchy soundtrack and the three or four surprisingly-engaging narrative arcs, the remaster really took me back to "simpler times", when I didn't have to worry about whether my KDR was positive or whether I would min-max one stat or the other. You don't play because everyone is playing it, nor do you do it because it promises the best graphics and multiplayer performance on the market - you play it simply because it's fun, clean and enjoyable, and that's pretty much all the reason you need.

You won't mind getting lost in here However, being wistful and embracing your inner child doesn't put pen to digital paper, so let's zoom into the aesthetics. Apart from the slight difficulty differentiating which places were accessible, I certainly didn't have any issues with them - the game looks good, and the remaster has managed to preserve most of the game's old-school charm to a T. The towns feel homely, the caves mysterious and menacing, and the boss stages are as exciting as you'd expect it to be. It all feels very pure, and watching the landscape grow as you acquire more artifacts is pleasantly satisfying too - kind of like building and cultivating a farm of sorts. As for the characters you meet along the way, they're all quite delightful and charming in their own way, especially the clumsy princess Pearl and her gruff warrior friend.

Frankly, I must say I'm seriously impressed, because the only real gripe I might have with the gameplay might not even be that significant. I've previously mentioned how it might take a while for newer players to find their bearings given the game doesn't drop big yellow markers on NPCs' heads. Building on the point that the game doesn't hold your hand any more than it needs to, it can be difficult trying to find your way out of a zone if you decide to call it quits inside. As you might have guessed by now, we don't have the luxury of a Fast Travel system, and although there are save points scattered within each zone, I'll admit it can be a pain to head back to the nearest town if the stage boss ends up being too strong for you. However, that's where you have the freedom of turning off monster encounters - allowing you to bypass all of the "wild battles" while you try to retrace your steps. In that sense, it's like the lack of a dedicated Fast Travel is fundamentally a non-issue, because I certainly don't mind trekking through environments that look as vibrant as these.

It's definitely worth a go 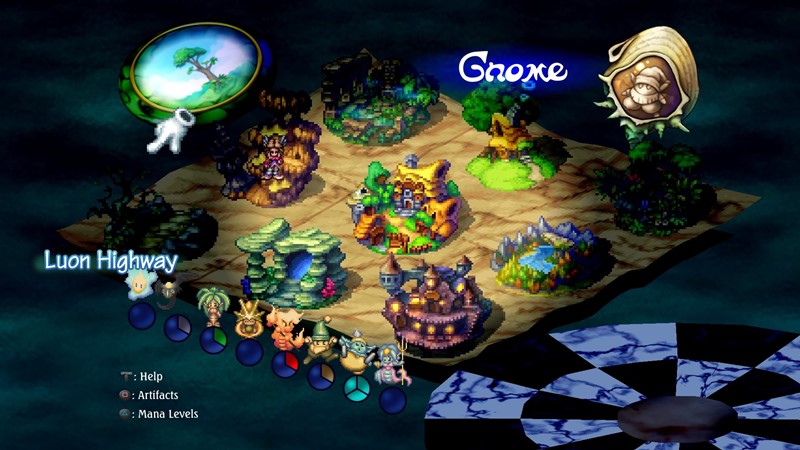 At the end of the day, I only regret that I haven't had the privilege of clearing the narrative yet, though given how much I've come to like Legend of Mana, you can be certain I will actually make an effort to do so. It's been a while since I've seen a game that is so conceptually (and delightfully) pure and simple in terms of the gameplay formula, much less one that's this well done. In fact, I'm going to go out on a limb and say that anyone looking for a good, clean RPG to sink time into should really add this to their to-do list, and that you just might end up enjoying it as much as I still am. Accordingly, don't let the game's age deter you in any way, because as cliche as it is to bring out the whole "old is gold" trope here - this two decade old game really hasn't lost any of its shine.

Write a Review
Compare This | Specifications
Gameplay is crisp and relatively easy to pick up
Combat systems aren't overly complex or detailed
Excellent aesthetics and alluring soundtrack
Narrative is light and well spread out
I <3 Iai Strike
No objective markers - you'll need to pay attention to names and dialogue
First hour can be a little confusing for some players
No Fast Travel system - you'll have to hoof it the good old-fashioned way
Pearl can get herself lost 374658 times in 30 minutes
Our articles may contain affiliate links. If you buy through these links, we may earn a small commission.