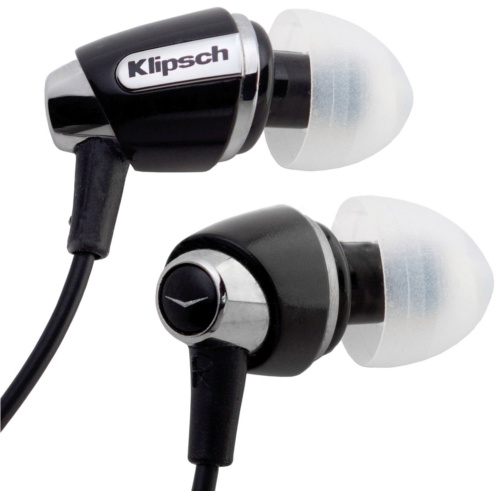 There are a myriad of options available to audiophiles for iPhone-compatible earphones, but almost none for Android-powered devices, until Klipsch came out with the Image S4a Headphones.

A modification of the standard Klipsch Image S4, the S4A headphones come equipped with a single multifunction button in addition to 8.5mm drivers. The in-ears also feature Klipsch’s signature silicone ear tips. Their oval design makes them conform to the contours of an individual’s ear providing a snug fit and a good degree of noise isolation. The packaging comes with a pair in large, medium and small sizes, one of which should be to the user’s liking.

The look of the S4a is simple and unassuming. The silver accents and Klipsch signage help break the monotony by adding a slight amount of pizzazz. Tilted design for the ear buds means that anyone can wear them comfortably for a variety of scenarios.

As the old saying goes, do not judge a book by its cover. The S4a might not look like much but they pack quite a punch when it comes to audio performance. The 8.5mm drivers with their 18-ohm impedance are definitely designed for pumping out volume and sound when coupled with portable music players such as smartphones.

The overall tone of the S4a headphones is bright and vibrant. When tried out with tracks such as “Sail on Soothsayer”, the lead guitar notes were rendered with a biting attack. The same characteristics were observed on “Elements of Life” by Tiesto, increasing the overall enjoyment of the music. The most impressive feature of the S4a is the dynamic range exhibited and the vibrancy of sound.

One point of contention we have with the headphones is their low frequency performance. While the bass is defined, it lacked that extra oomph we expected to hear on tracks such as “Around the World” by the Red Hot Chili Peppers. If you are a bass-head, these earphones might not be your cup of tea.

The multi-function button is well implemented and simple in its usage. Single-tap, double-tap, triple-tap and long-hold perform functions such as pause/play, next track, previous track and volume control. The button can also be used to make or drop calls when being used with a phone. Be warned though, the button doesn’t quite work seamlessly with Android version 2.1 or lower. There are also known compatibility issues with select Samsung phones such as the Galaxy S II.

Bugbears aside, with the S4a, Android users now have a pair of in-ear headphones that deliver excellent audio quality and decent functionality. Add in a comfortable fit and good (passive) noise-cancellation, and we believe these headphones are well worth their S$169 price tag. 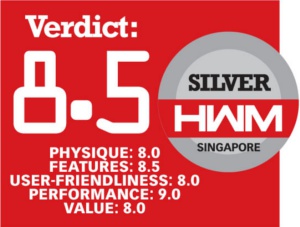