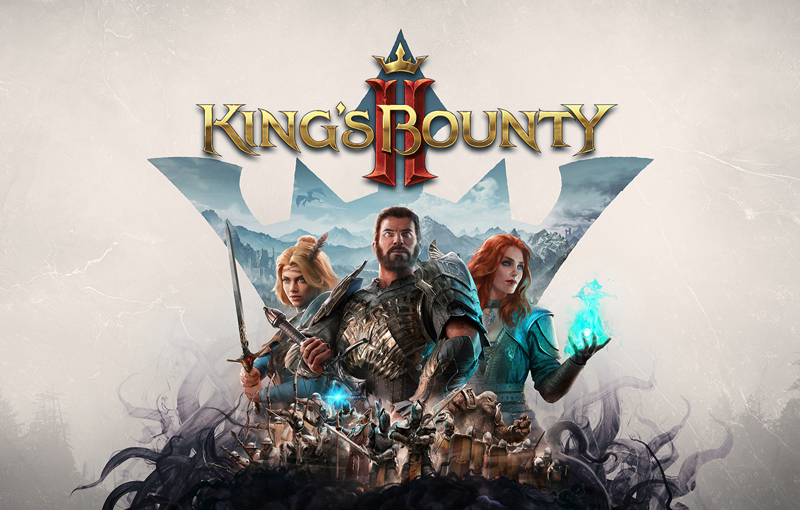 King’s Bounty 2 might look a little different than you’re used to, and that’s for a good reason. Instead of picking things up from the franchise’s later entries, this is a direct sequel to the original King’s Bounty game first released in 1990 - keeping the spirit of that game but radically changing up its visuals for modern players. For one thing, you aren't playing this RPG from a bird’s eye view anymore. The action has now zoomed in to a third-person over-the-shoulder camera, allowing you to immerse yourself more deeply in its magical world.

For the most part, I thought these updates did well to bring King’s Bounty up to par with modern RPGs like Tales of Arise. This feels like a natural next step for the franchise, meant to make a solid introduction for newcomers. On the other hand, all this modernisation invites unfavourable comparisons to its peers, as King’s Bounty 2 feels like a game trying to bite off far more than it can chew. You’ve played a game like this before, and it was probably a lot better too. 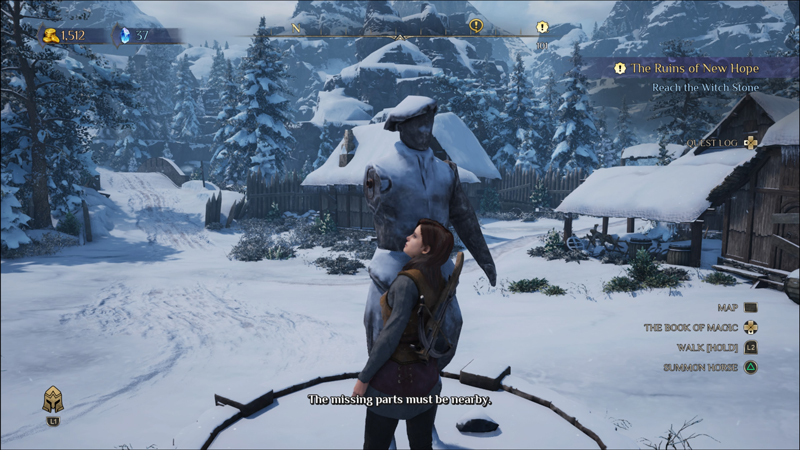 Don’t go into King’s Bounty 2 expecting enthralling fantasy and memorable characters, and you won’t be disappointed. The game offers you a choice between a few characters with varying playstyles and to a lesser degree, varying personalities. I played as the mage Katharine, who travelled the world with a dry sense of humour and little patience to deal with anyone’s nonsense. Katharine’s sass was a much-needed reprieve from the rest of the story, which borders on mundane save for the rare exciting reveal.

Katharine begins the story having spent some time in jail before being freed into a changed world, whereupon she is flung headfirst into politics and monster infestations that inevitably lead into an apocalypse. If you’ve played any RPG set in a strange and alien world, you’re probably very familiar with this premise - it’s by the numbers as they come. Usually games make up for it with meaty world building, good writing and memorable characters - but King’s Bounty 2 falls short in all three categories. This is just such a bog-standard fantasy tale, offering very little to keep you glued to the screen. The less said about its laughably poor voice work and stilted animations, the better. I'll say it anyway: they're awful. 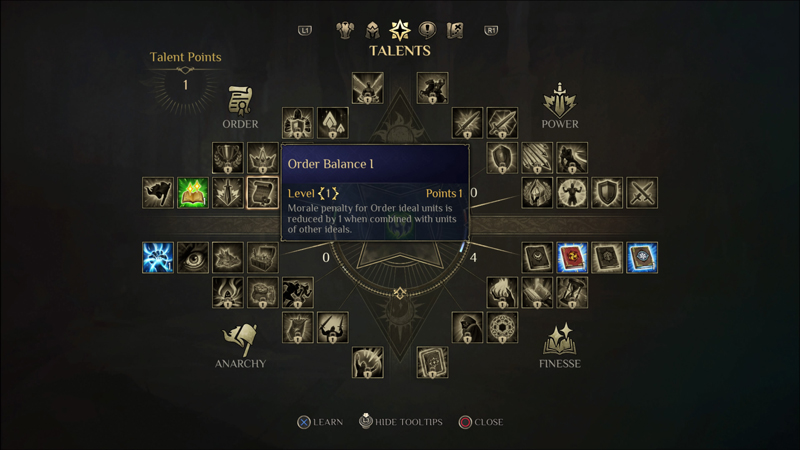 King’s Bounty 2 does do some interesting things for player agency that I liked. For example, one quest has you run into a sorcerer who’s summoned a magical shield around himself. Katharine could simply reach out and unmake the entire barrier using just her magical knowledge, and I took that for granted - even if it seemed too easy. Imagine my surprise then, when I tried replaying this moment with non-magic users and found them unable to get through the same barrier. Exploring in this game can be infuriating however, as the player’s sprinting speed feels incredibly slow and clunky. To go any faster, you’d have to jump on a horseback, which unfortunately is only a little less slow and clunky. Traveling around locations for quests or to collect resources is a chore with movement this mechanically un-fun.

Generally, King’s Bounty 2’s best aspect is the way it deals with choices and consequences. The game has different alignments - ranging from Power to Finesse, and your character can lean either way depending on the choices you make during quests. This isn’t an especially deep system. In terms of complexity, it’s about as see-through as Red Dead Redemption 2’s Honor system. It simply boils down to picking between two dialogue choices most of the time, each one pushing your character further in a certain direction. These choices not only affect the ending of the game, but the troops you gain and control in combat. Again, this is another aspect of the game that could’ve been brilliant had it been fleshed out a bit more. 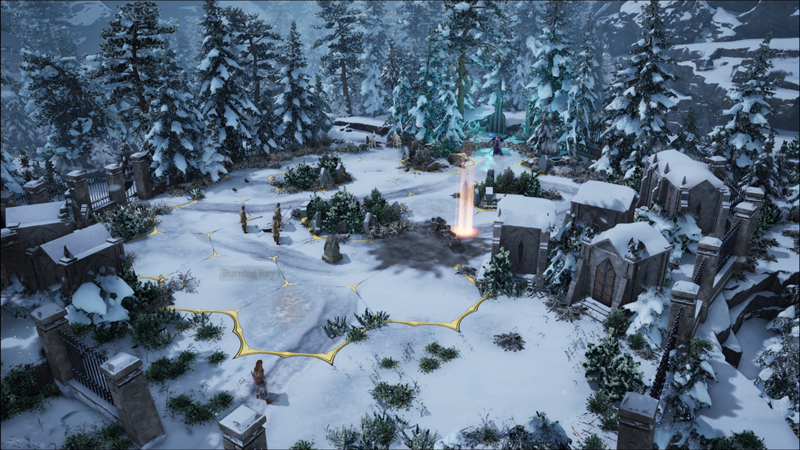 King’s Bounty 2 comes in two very distinct halves. One is its over-the-shoulder exploration, where you’re free to roam a big world, discover quests and prod at open environments for secrets. This half feels like a lesser version of The Witcher 3 or Mass Effect, trying to instill the same sense of open-world wonder in players with none of the depth to back it up. Combat is a wholly different ballgame however, reverting gameplay to something more in line with classic games from this series.

Most quests eventually have you run into a combat encounter, whereupon the camera immediately zooms out and a hex-based grid forms on the battlefield. You step back from the heat of battle and function more like a commander, handing out orders to your army as they fight against hordes of enemies on your behalf. It’s actually pretty neat to watch environments around you warp into these top-down battlefields, as you suddenly have to take into account things like elevation and cover as you move troops around. As Katharine, I could also throw fireballs and cast magic from the sidelines, giving my character a more active role in combat.

Combat feels much meatier than exploration and quest lines. Units come manifold, and it’s important to balance ability cool downs and not bite off more than you can chew, as you lose troops forever if they die. You could always shell out cash to replenish a depleted army, but there is a limited amount of currency and quests in this game, and getting stuck somewhere with no money or troops is a very real possibility. Manual saving and copious amounts of trial and error are the only way forward, but combat does feel refreshingly punishing. Don’t expect to just throw your units at enemies and get out alive. Even if you do, you’ll have heavy losses and money woes to worry about.

King’s Bounty 2’s combat and exploration feel like two different games mashed together, and that might turn some away from the game, but I honestly feel like it’s one of the few unique things it has to offer. Its turn-based tactical combat is by no means groundbreaking, but it’s a lot more interesting than any hack-and-slash system that might have replaced it. 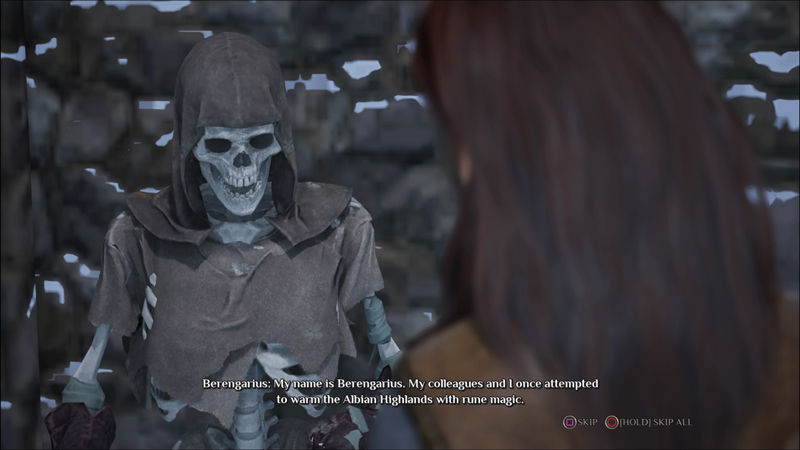 King’s Bounty 2 feels like a step in the right direction, evolving the series to reach new players while keeping its combat loop similar enough to appease fans. Its world is beautiful, though too often made up of dressed-up corridors, and you are often rewarded for going off the beaten path to explore. Unfortunately, doing so immediately brings you face-to-face with the game’s worst aspects - uninteresting quest lines with terrible voice work that actively repulse you from playing, and unfortunately, that poor writing seeps into main story as well.

It’s very difficult to recommend King’s Bounty 2 despite its strengths, as it lacks polish and depth in every other category to the point of it being a chore to play. There are so many games RPG fans could indulge themselves in, but I don't see why this game should be one of them.