I guess it's decent? 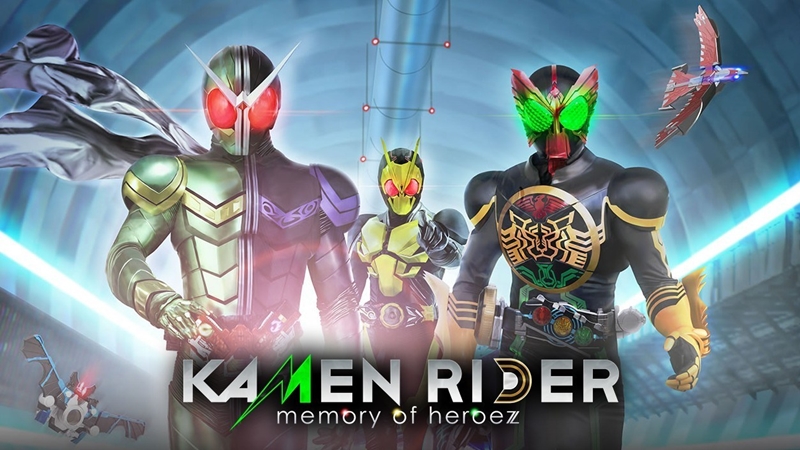 For the record, the last Kamen Rider series I watched on TV was Kamen Rider Ryuki (or Masked Rider Dragon Knight in the English dub), and that was more than a decade ago. As such, I'm hardly the most informed person when it comes to this particular franchise, but hey, if reviewing Kamen Rider: Memory of Heroez helps pay the bills, then I'm all for it. So, with that said, let's get started.

Scoping out the scene 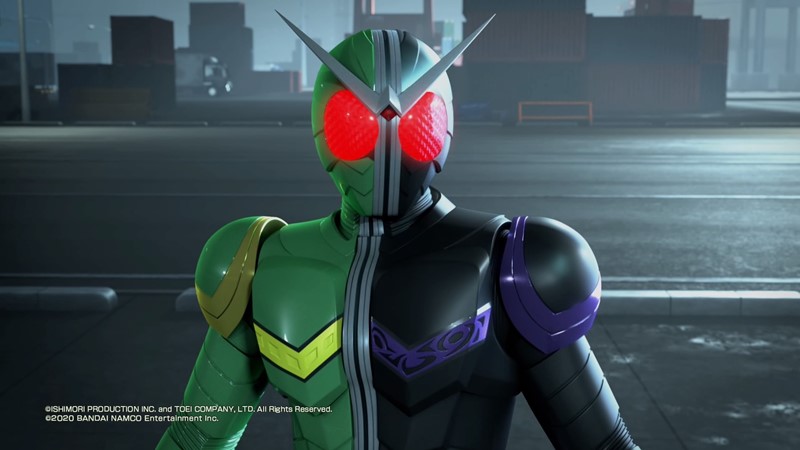 Let's go over the usual bases first. I'll be blunt here - the game is a fanservice title, so you shouldn't really go into it expecting anything that's out of this world innovative. It's all about the satisfaction of seeing your favourite characters do what they do best on a video game canvas, and as such a lot of its appeal tends to be surface-level at most. In that sense, it's actually in the same boat as Fate: Extella LINK and the Naruto: Ultimate Ninja Storm games, just to name a few examples.

Despite what the above implies, it's not 100% bad, and what I will concede is that the general package of MoH, namely its aesthetics, audio and combat mechanics, actually gel pretty well if we're judging it in a vacuum. Of course it isn't perfect, either - the game compensates for it with a rather convoluted narrative and some pretty dull boss fights, but the former isn't really its own fault. Rather, it's an unfortunate side effect of being a fanservice title.

I'll digress a little here to elaborate. You see, most titles that are based on well-entrenched gaming and pop culture franchises, such as Dragon Ball FighterZ and Persona 5 Scramble: The Phantom Strikers tend to ship with an additional, unwritten clause on the back of the box, which says that only players who are already invested in the series will be able to fully appreciate everything that it has to offer. After all, it's not much fun (and certainly confusing) to see a bunch of characters you know nothing about walloping baddies and having the game assume you know why they're significant.

Granted, it's a trait shared among most game series with storied histories, but I feel it tends to feature more prominently in games based on more niche sections of pop culture, with Kamen Rider being one of the better examples. On that note, let's get back to the review. 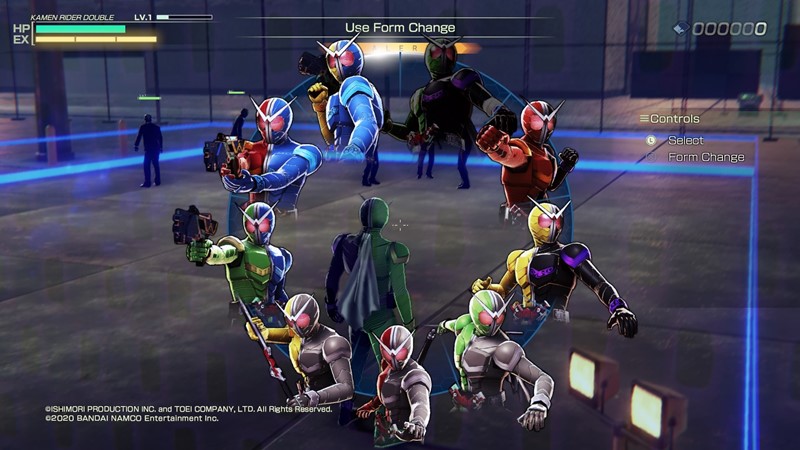 That's basically the Japanese term for "transform" based on the shows...I think.

When it comes to the gameplay, MoH stays faithful to what has been established by the Kamen Rider W (called Double), Kamen Rider OOO and Kamen Rider Zero-One series in terms of its playable characters, enemies and other aspects, although the action seems to be primarily focused on Double. Also, an interesting (and slightly depressing) thing to note here is that the voice actors for the various Riders apart from Zero-One are different from their TV counterparts, so there are some points lost from the overall authenticity score.

Moving on, as you might expect there are the usual transformations, form changes and special techniques the franchise is known for (duh). They're actually pretty cool to watch, and all of the different Rider forms (especially Double's) pack unique skills and fighting styles reminiscent of their on-screen appearances. I'm especially fond of Double's Heat Metal form, which uses a blazing bo staff to fight.

Anyway, all of that's great news if you're an existing fan, as it should be easy enough for you to figure out what form does what, but those who are unfamiliar with it might have a harder time getting used to what each transformation brings to the combat experience, and that can take away points from the game's initial impression.

For example, Double alone already has eight unique playable forms, although the game does do you a favour by spacing them out across the narrative so you don't have to contend with all of them from the start. I find that's a nice touch, as it gives new players some time to get accustomed to the available forms and their capabilities before another gets added into the mix. 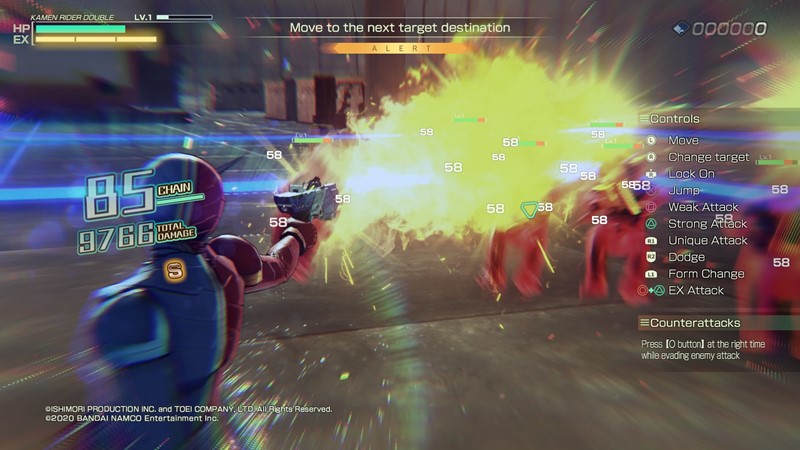 Apart from looking awfully good, I also quite like that form changes can be done mid-fight to spice up your gameplay. As a general rule, MoH is quite lenient with its combo-chaining than most games I've played from this genre, in the sense that you can attack downed enemies as well as airborne ones. Case in point, some hack-and-slash games don't allow you to do the former, and I find it takes away some of the satisfaction when you're trying to relish your few moments of being absolutely overpowered, or trying to achieve a higher hit count. As such, it's a good call from Bandai Namco.

But that's about as far as the good news goes, unfortunately. The combat sequences might be decent since it's generally fun to do fancy combos and all that. but when you're not fighting, you're just running around looking for the next objective, Gaia Memory or quest item like some glorified errand boy in a fancy suit. Seriously, I'd appreciate not having to find something and scan it with the Denden sensor for like the millionth time in a level. Just kick the locked door down or something. 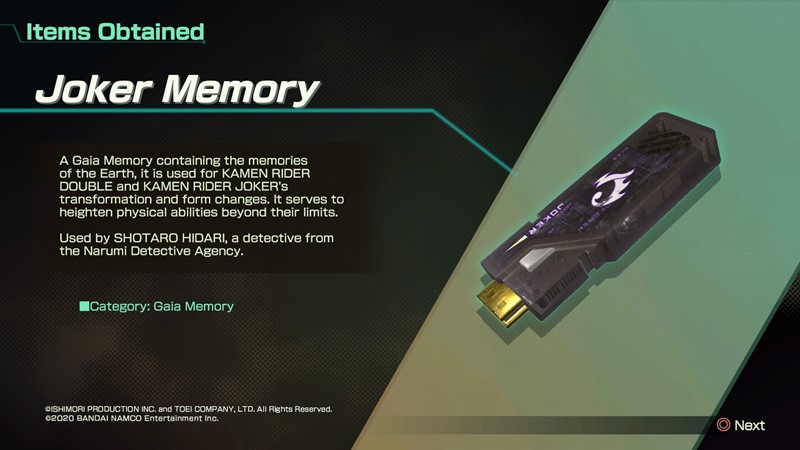 The convoluted narrative doesn't make it any better, and it stacks on top of the fact that you know literally nothing about what's going on and who's who if you aren't already invested into the Kamen Rider series. Honestly, if you were to take out the familiarity of the characters and the Kamen Rider branding, you're basically trudging though the most straightforward game formula of them all - hero wakes up in mysterious place, investigates, beats villain, saves the day, the end. Rinse and repeat.

What makes it even worse here is the fact that the game's bosses aren't exactly challenging, especially when you put them up against the likes of maybe Darksiders or DMC. The boss attack patterns in MoH are much too linear to feel satisfying, and at some point you might be able to beat all of them with one eye closed because the animations and tells already show you where the attacks are coming from roughly two seconds before they go off. So all you have to do is wait, dodge, attack then back off and repeat the process until the boss dies, and it's not hard to do so at all. In a nutshell, this aspect is mediocre, even disappointing, to say the least. 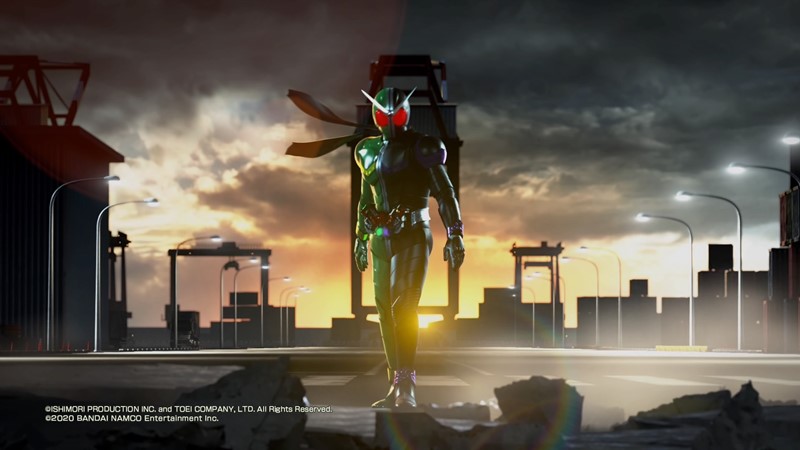 Despite those flaws, I still have to give Kamen Rider: Memory of Heroez a nod for being better than the average fanservice title. Needless to say, it's primarily carried by its aesthetics like most of them are, but I feel it also stands out from the crowd for being somewhat more satisfying to play, especially when it comes to combat, combo-chaining diversity and perhaps its adrenaline-pumping audio. In fact, I'm actually a big fan of the opening cinematic where Double goes up against that big boss monster using his various forms.

Flashy introduction aside, the honest truth about the game is that you'll still only be able to fully appreciate it if you're already a fan of Kamen Rider, and in that case, I would say the game has checked all but one box, which are its boss fights.

It's simple. Regardless of whether you're a fan or not, there's no excuse for your boss fights, which are supposedly meant to be the most challenging ones in a level, to feel like something taken from the discount aisle. But apart from that, I guess the game is still decent, though it's not something I would recommend for someone looking for a generic title to play.

Write a Review
Compare This | Specifications
Aesthetics and audio are pretty good
Combat is pretty fun, with many ways to chain combos
Bonus style points if you beat the boss with an EX move
Extremely basic gameplay outside of combat
Narrative is generally uninteresting
Lots of "errand-running"
Extremely linear boss fights
Only Zero-One's voice actor is reprising his role
Our articles may contain affiliate links. If you buy through these links, we may earn a small commission.
Sponsored Links