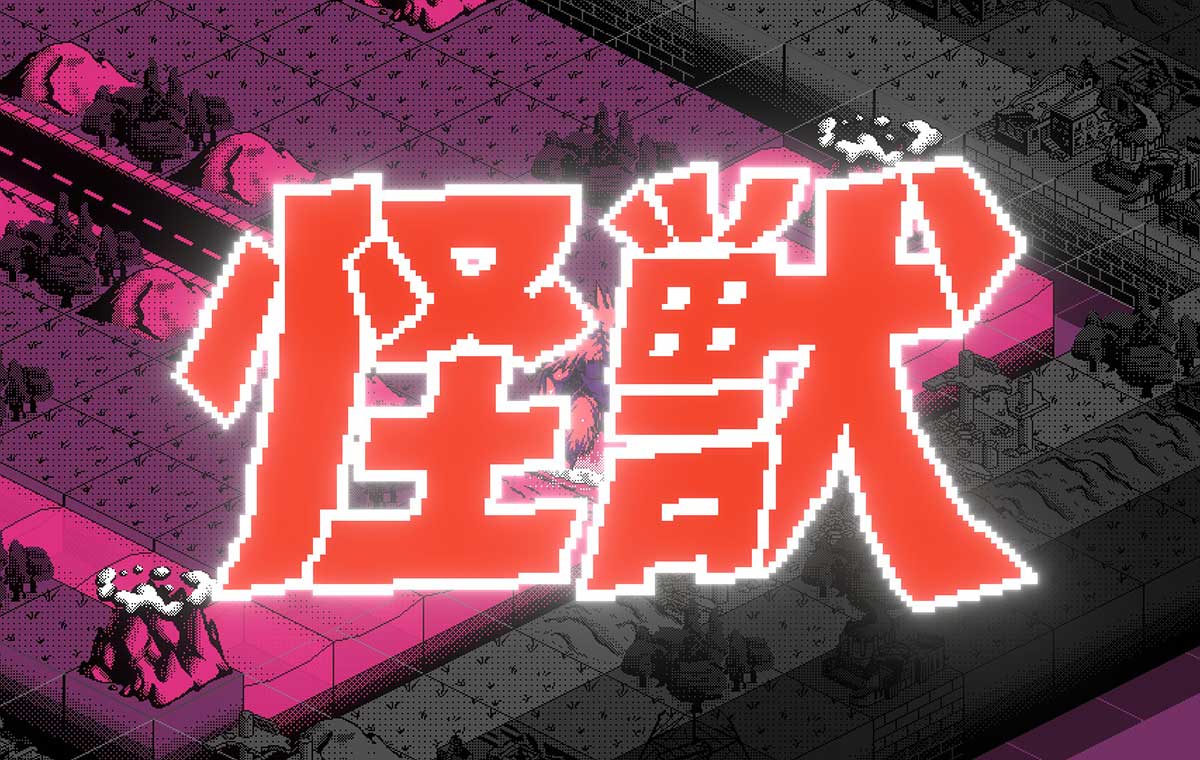 In 1954, the first Godzilla film was released in Japan, and since then has sparked waves upon waves of similar monster-oriented media. It’s created its own film franchise and universe with monsters such as Mothra and Rodan, not to mention a good number of crossovers, perhaps most famously with the big gorilla himself, King Kong. Beyond that, throughout the years, it's garnered a large fanbase, and a good number of fan works.

One of these fan works is a game called Kaiju Wars. The turn-based strategy game, largely styled in a retro 16-bit look, is developed by game studio Foolish Mortals. It's also helped out by the Canada Media Fund and Creative Saskatchewan, two agencies affiliated with the Canadian government with the goal of helping local content creators and creatives thrive. But, rather than play as the kaiju themselves, it sees you take charge of military and scientific resources to fight away various kaiju.

Kaiju Wars isn’t necessarily the first game of its kind. A similar game was made about 30 years ago: Godzilla 2 for the Nintendo Entertainment System (NES), which was also a strategy game that had you in charge of the military. As it happens, that game is what inspired Foolish Mortals to make Kaiju Wars. With 30-odd years of kaiju media retrospective, though, the game takes on a goofier, more light-hearted form that pays homage to monster media of the past.

A Love Letter to the Kaiju genre 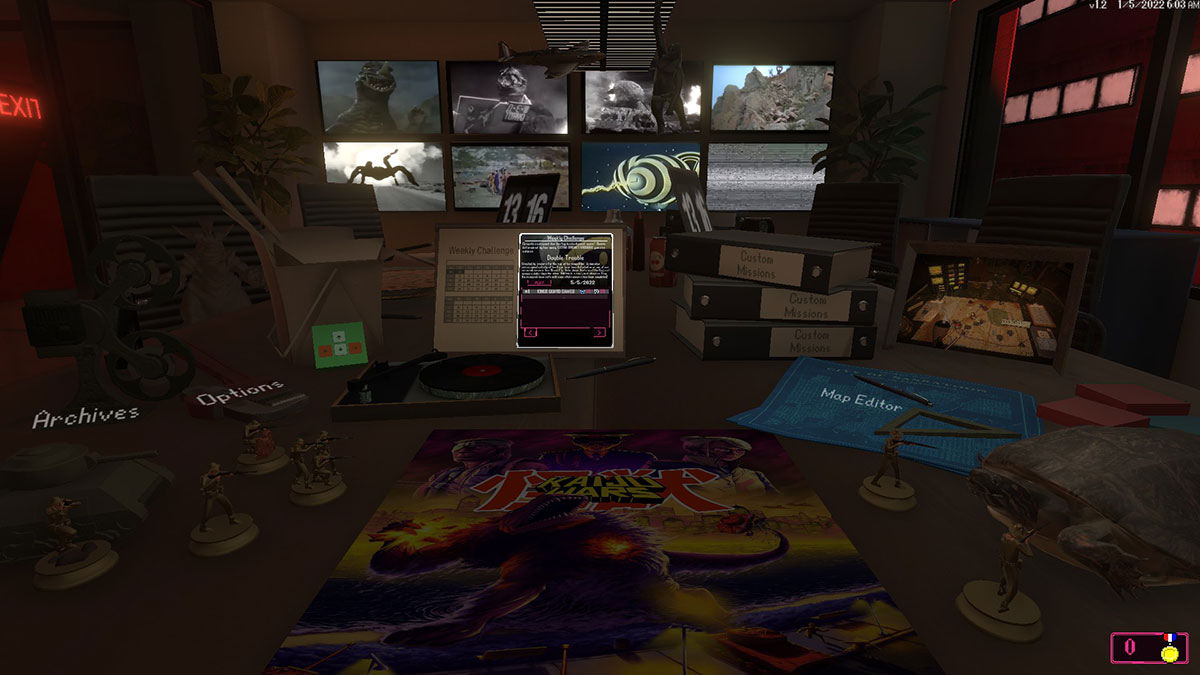 Yes, before I talk about anything else, I want to mention the title screen, especially since that’s one of the first things you see when booting up a gamen the case of Kaiju Wars, really sets the game up as having the heart of its developers put into it.

Rather than being a simple ‘Play Game’, ‘Load Game’ and ‘Settings’ screen, you’re immediately greeted by a bunch of knick-knacks around you, most of which you can interact with. A turtle that rockets away when you click it to your right, a tank that fires at said turtle to your left and a record player that lets you skim through the game’s soundtrack are among some of the things that you can interact with.

There are also some gameplay-related items on your desk as well. The game’s campaign can be accessed through a Kaiju Wars comic book on your desk, with missions displayed as comic book panels, and weekly challenges can be found on a calendar, with custom missions and a map editor (yes, you can make your own maps) shown through bound books and a blueprint. There’s even a picture on the desk that, when clicked, introduces you to the team who developed this game. 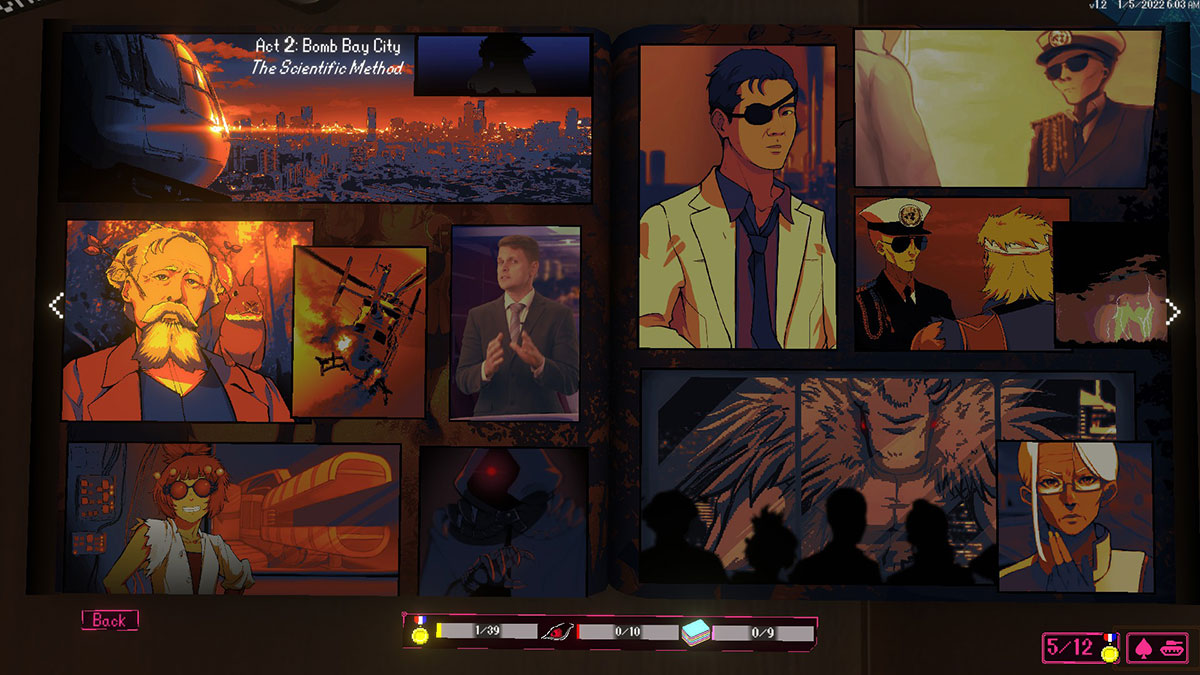 But, most showy of all are the eight screens on the wall in front of you, all of which show snippets of different monster and kaiju movies from the US, Japan, South Korea and even North Korea (one of them being Pulgasari, notably directed by the then-kidnapped South Korean filmmaker Shin Sang-ok). It even credits the director and publishers of those films, and provides a link to watch them for free (all of them link to archive.org, and are in the public domain). There’s more to the starting screen as well, and if you do pick up this game, do spend some time just taking it all in. 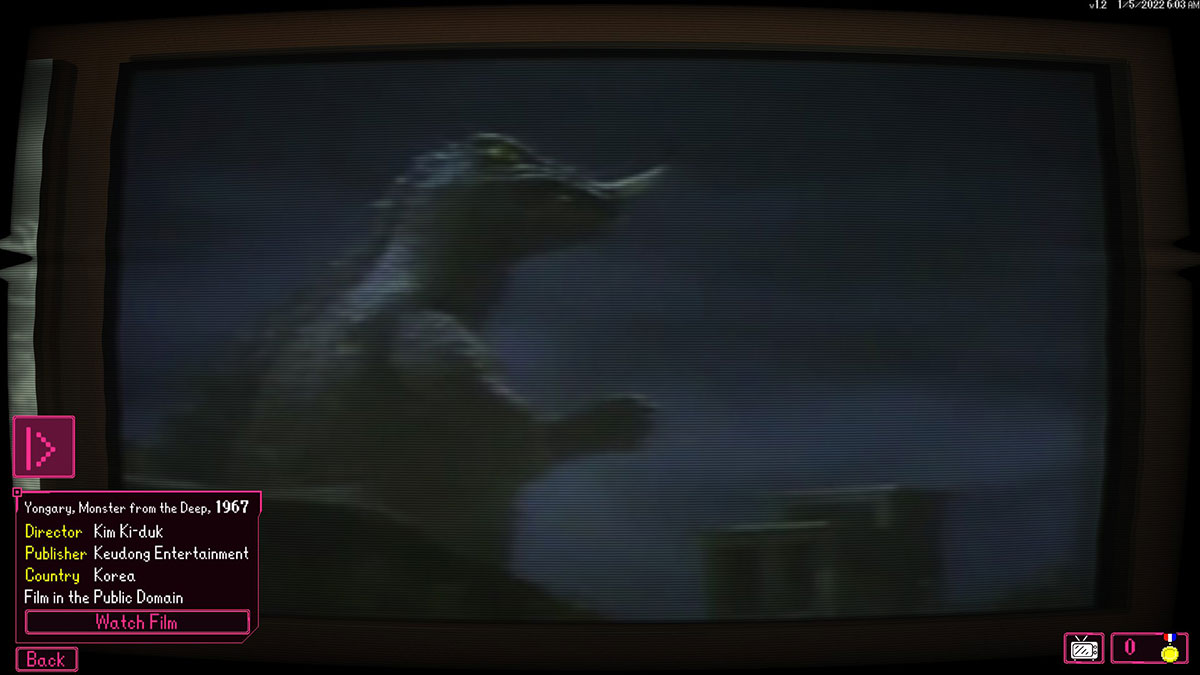 All of this isn’t to say that simple starting screens somehow aren’t ‘trying hard enough’. There’s a time and place for them; if you’re getting home from a hard day’s work and want to unwind with some Elden Ring (a weird choice to unwind with but it’s plausible), you’d probably want to get to the gameplay as soon as possible. Not to mention most games just don't need it; it has the potential to feel out of place in the wrong contexts, and it's really more of a fun bonus.

But it’s a great way to introduce someone who isn’t familiar with the kaiju world (like me) to films that aren’t Godzilla, and a nice way to frame this game as a love letter to monster media. 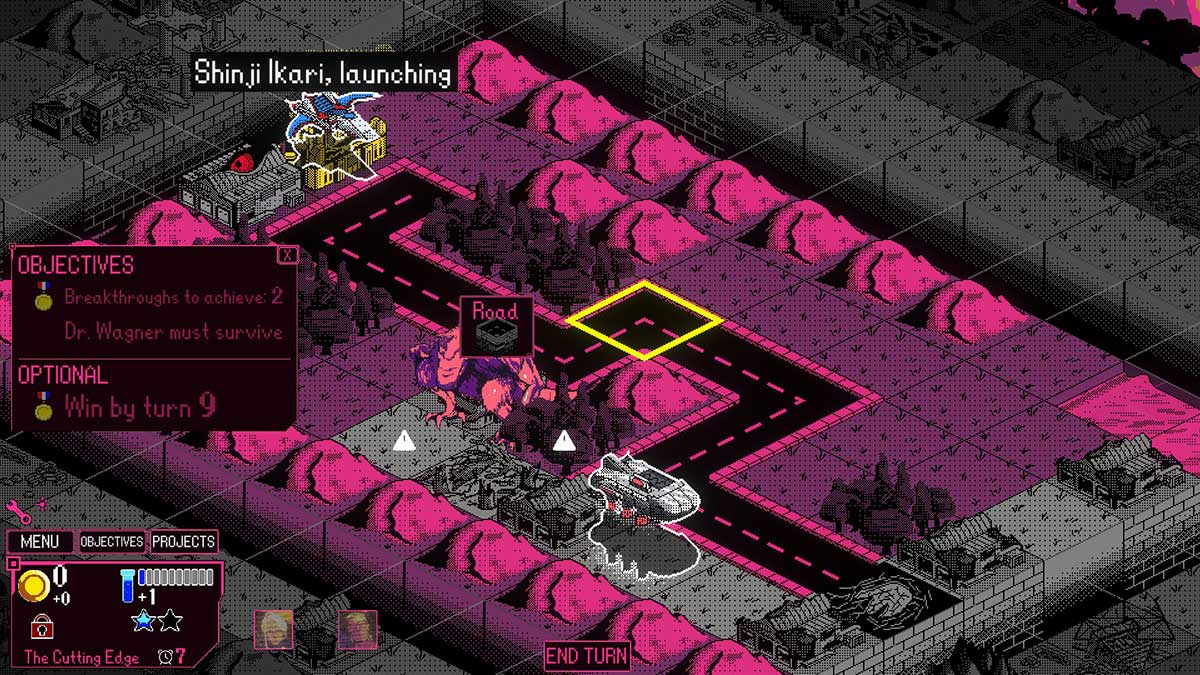 While I'm on this subject, the visuals of Kaiju Wars are pretty spot on. Being based on an NES game, Kaiju Wars has a nice retro style going on, with differing colour palettes for the stages depending on which chapter of the game you're on. Aside from the 16-bit like graphics during gameplay, however, Kaiju Wars also takes some inspiration from comic book styling. Not just evident in the fact that the campaign is displayed through a comic book, you can also see it in how the detailed depictions of the four kaiju (parodies of existing kaiju in fiction) look. 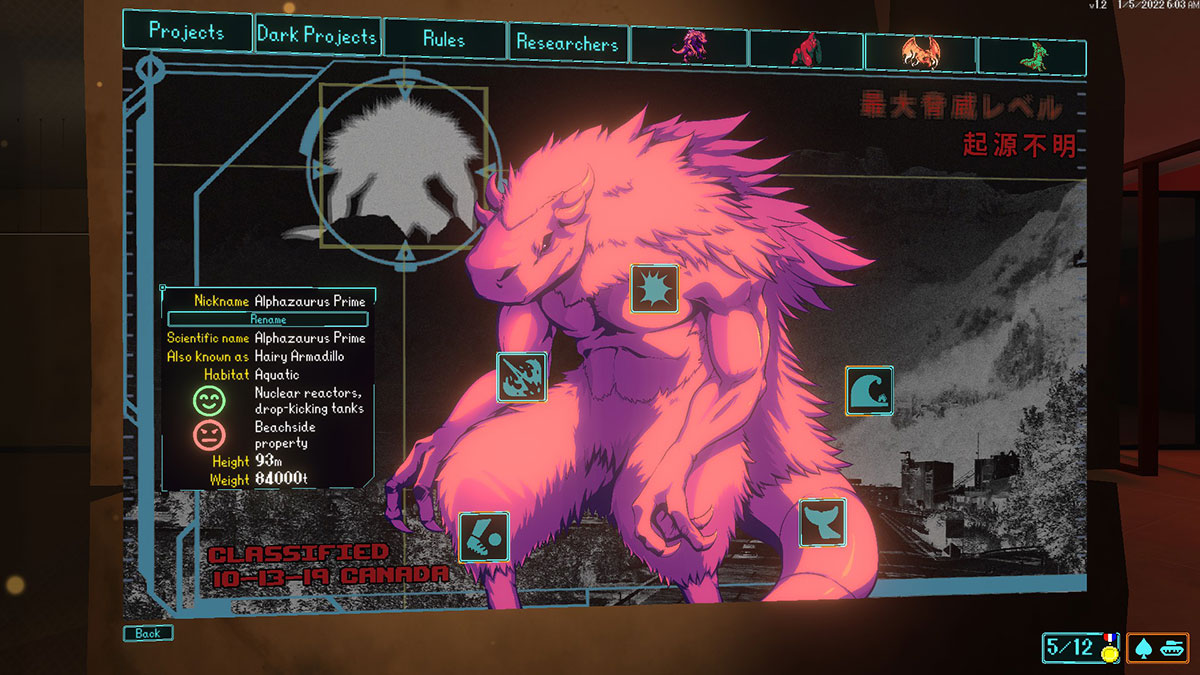 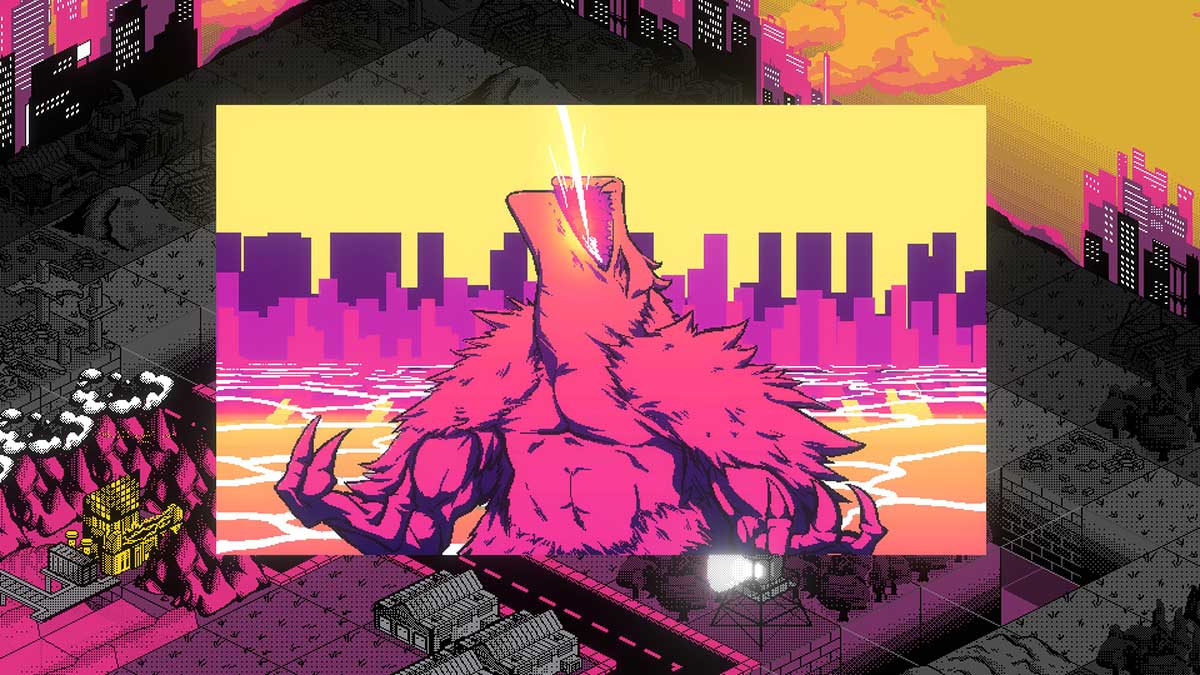 Altogether, it's a pretty cohesive look, despite the blend of art styles. Admittedly, though, some stages can look pretty similar to each other, especially if they take place in a city setting. There is some variety in this aspect, however; aside from the regular city maps, there's a mix of forest/jungle ones as well, and some stages offer varying terrain such as mountains, and hills (which do affect gameplay). But if you want greater variety in the setting, you'll have to get to the later chapters.

Write a Review
Lovely title screen with interactable objects
Nice art style
More complex than I anticipated, with sound mechanics
Good replayability
Stage design can get stale
Stage conditions can vary wildly
Our articles may contain affiliate links. If you buy through these links, we may earn a small commission.
Sponsored Links