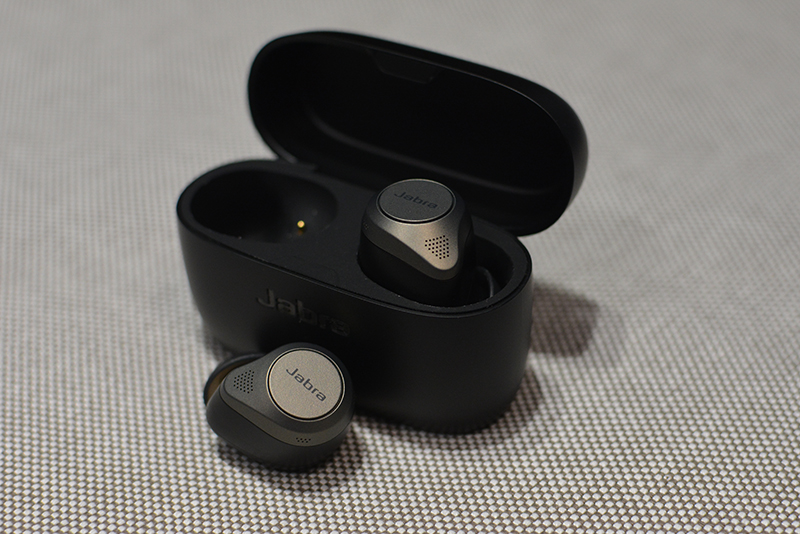 Jabra is a brand better known for its conferencing solutions, but it’s also no slouch when it comes to lifestyle audio. Over the past few years, the company has consistently produced true wireless earbuds that rank among the best money can buy.

The Elite 85t continues with this trend, offering a robust set of features, including impressive active noise cancelling performance and great sound quality. However, it’s also significantly more expensive than its previous generation – the S$348 price tag pushes it up to a premium arena and pits it against popular competitors like the AirPods Pro.

Is the Jabra Elite 85t the true wireless earbuds for you? Let’s find out.

At first glance, you’ll be hard-pressed to find much of a difference between the Elite 85t’s design versus its predecessor, the Elite 75t. They look very similar, but that’s not a bad thing.

The case is still sleek and made of soft plastic. Along with its curved tapered edges, the overall package feels really good in the hands – lightweight yet possessing just the right amount of heft. There’s also a gentle depression on the top and bottom of the case, which is surprisingly comfortable and ergonomic to hold. 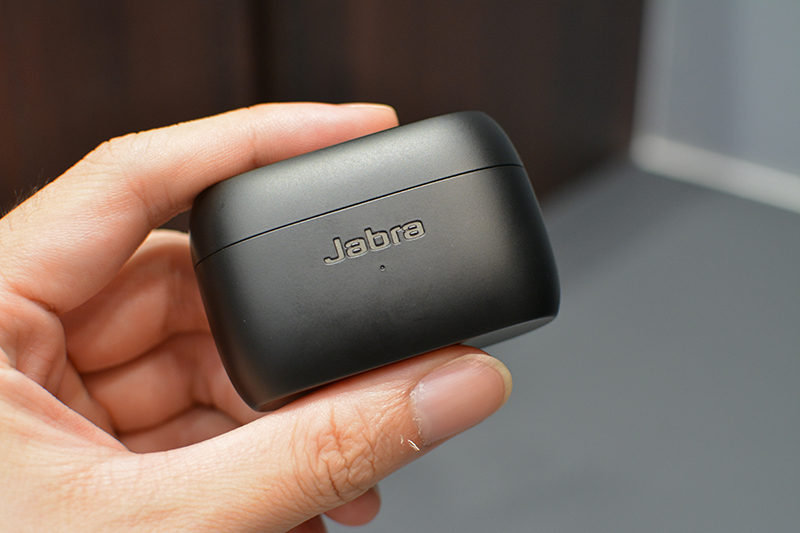 It’s not the smallest case or the most pocketable, but there’s a quality to its design that makes it appealing to my senses. It’s not particularly chunky or heavy either, and will slip easily into the side pockets of most bags.

The earbuds themselves also look similar to its predecessor, but they’re actually slightly bigger and heavier because of the extra tech that Jabra built in (more on that later). They look chonky, and can feel a bit bulky in the ear. But I was pleasantly surprised to find that they’re still pretty comfortable to wear and stay securely attached to my ears during regular runs and gym sessions.

Speaking of which, you definitely can bring the Elite 85t out for a gym workout, thanks to its IPX4 certification, which is now standard among high-end true wireless earbuds. Yes, it is a steep drop from the IP55-rated Elite 75t, but I suppose that was a little overkill to begin with. Still, Jabra is maintaining its two-year warranty stance against dust and water, so that's an added peace of mind. 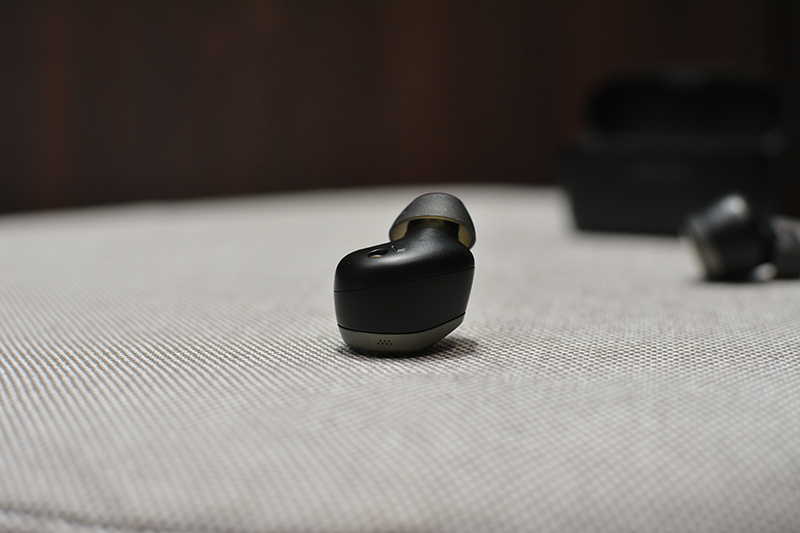 The case is charged by a USB-C port, and also supports wireless charging. Each earbud is rated for 7 hours of playback time, and the case holds an additional 24 hours. This is an above-average figure, and is more than enough to last me through a week of commute and casual listening with ANC on. And with wireless charging support, it’s easy to keep the Elite 85t juiced up ready to go.

One of my favourite features of the Elite 85t are its physical buttons. It’s a breath of fresh air compared to the ocean of earbuds that have went with touch controls. I might sound like a broken record complaining about touch controls in all my reviews, but nothing affords the certainty of control like physical buttons.

Every touch control I’ve tested had a split-second but noticeable delay between the moment I touched the earbuds to, say, the moment my music is paused. But with actual buttons, what you press is what you get. The tactile feedback of physical buttons left no doubt as to whether my input commands were registered.

I also made zero accidental inputs in all my time of using the Elite 85t. On touch controls, however, mis-taps happen almost on a daily basis.

The buttons on the Elite 85t were also responsive enough that I don’t have to push the earbuds too deep into my ear to activate them.

That said, I’ll concede one weakness of physical buttons: they don’t do well with multi-tap inputs. Each press had the effect of stuffing the earbuds deeper into my ear, causing some slight discomfort.

I’m also a fan of the Elite 85t’s Bluetooth multipoint support, which lets me connect the earbuds to my laptop and my phone simultaneously. This isn’t the fast switching you find in many other earbuds, such as the Samsung Galaxy Buds Pro. The Elite 85t actually maintains a connection to two devices at the same time, so I can hear notifications come in on both my phone and my laptop. Great for productivity.

But above all, the feature that impressed me the most was the Elite 85t’s companion app. Normally, I hardly ever visit a companion app of true wireless earbuds more than once or twice. A little bit of set-up and software update and I leave the apps gathering dust in my app library.

But on Jabra’s Sound+ app, I find myself going back almost daily. It contains not just the usual button customization and other basic features, but also nice little software enhancements that boost the overall experience. I'd like to focus on two in particular. 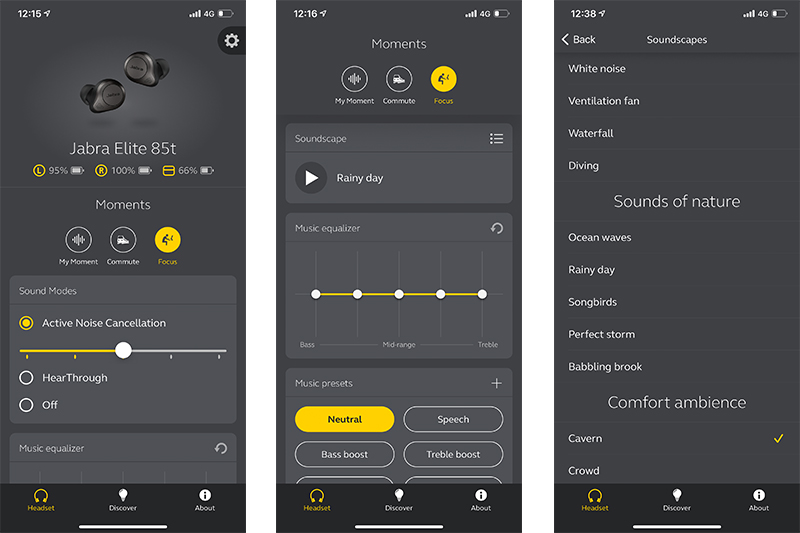 First, the app allows me to customize up to three of what it calls “moments”. Each moment saves your pre-set ANC or hear-through levels and your preferred equalizer, so that one tap is all it takes to get you going.

For example, during “Commute” I like to listen to a variety of different music genres, so I set the equaliser to balanced for everything to sound good. For safety reasons, it’s best not to up ANC to too high when I’m on the road, so I select a middling level of ANC.

Now that that’s done, just one tap will apply all these settings to my earbuds on the fly.

You can do this for an additional two times, including one for “Focus”, and one that’s totally up to whatever you fancy. I set the latter to workout mode, pumping up the base and maxing out the ANC so there’s just me and my sweat.

Second, I adore the “Soundscape” feature in Jabra’s app. This widget has a number of built-in background noises for when I need to shut out the world but have no desire to listen to music. From sounds of nature like rain and ocean waves to white noise like a ventilation fan to even background 'walla walla' – there’s something for every mood.

This widget approach allows Jabra to seamlessly add more features to the earbuds in the future without confusing the user, and it’s something I think will add a lot of value to a user’s long-term experience.

The Jabra Elite 85t supports just two Bluetooth codecs: SBC, and AAC. If you’re on an iOS device, high-quality streaming won’t be a problem but friends on Android devices will be disappointed to see no AptX in the list.

Overall, however, the Elite 85t produces consumer-friendly sound that’s great for general listening, with a penchant for stronger basslines, thanks in part to its 12mm dynamic drivers.

On standard popular fare like The Weeknd’s Save Your Tears, the sound was sufficiently wide and full-bodied. The vocals are clear, supported by a pumping bassline and other elements that doesn’t try to overpower each other.

The Elite 85t performed especially well in bass-forward songs, such as Cardi B’s Up, or classics like Michael Jackson’s Billie Jean. The over-emphasised lows make for enjoyable listening in these instances, and make the overall experience more lively.

But it does come at a cost of overpowering the mids and highs in other songs. Amber Run’s Spark, for example, started off fine, if a little weak in the treble. But as the bass kicks in in earnest at around 2:13, they had the effect of muddying up the rest of the composition.

The Elite 85t also clearly lacks the ability to produce the more nuanced details in most of the songs I tested, compared to the reigning king of sound quality, the Sennheiser Momentum True Wireless 2. But this didn’t bother me too much, as it’s also evident if I do direct comparisons in quick succession.

As expected, noise-cancelling performance is excellent and ranks among the best in true wireless earbuds. When turned up to maximum, putting the earbuds in my ear had the immediate effect of shutting out almost everything else expect the most piercing and random of noises. Even conversations taking place next to me were difficult to hear.

The ANC did start to build up a little more noticeable pressure than other models I’ve tried after some usage time, which is rather uncomfortable. When that happened, I had to take a break from listening and remove the buds from my ear for a few minutes before I could continue.

Thankfully, the Elite 85t also has a great Hear Through mode for when I need to talk to people. The sound is perhaps the most natural I’ve heard, without any artificial masking or volume boost.

For a conference equipment company, call quality naturally exceeded my expectations. I used the Elite 85t for a full day of virtual meeting and not once did it fail to transmit my voice clearly and accurately.

Despite all this good, there is one puzzling issue that I encounter rather frequently. Every once in a while, the earbuds will stutter or drop its connection to my iPhone. This is quickly rectified automatically, but it's odd that this happens enough to be noticeable at all. I'm sure this will be fixed in a future firmware upgrade. 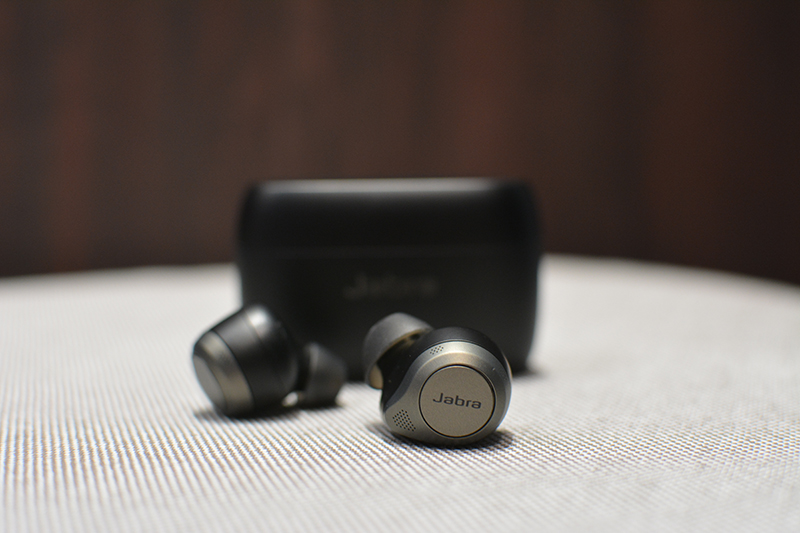 Jabra’s Elite 75t was widely praised as one of the few true competitors of the AirPods Pro, and the Elite 85t lives up to the reputation of its predecessor by offering impressive ANC, decent sound, and great call quality.

Jabra also completes the experience with an excellent app experience, something which is currently few and far between among its competitors.

At S$348, the Elite 85t isn’t cheap. But consider what it offers in relation to direct competing models: it’s more affordable than the AirPods Pro, and a lot more modern than the Sony WF-1000XM3. It’s also not as outrageously expensive as some other high-end audio brands.

However, that's not to say the Jabra Elite 85t is actually better sonically against the competition. It might have gotten app experience, features, ANC and call performance pat down, but audio delivery in your favourite tracks will vary in expectations. Not to forget, the occasional connectivity issues.

At this point, you probably have to balance what's most important for you. The Jabra Elite 85t won't exceed the sonic performance offerings of a Sennheiser or Sony, but it offers a lot else right. If you need reliable pair of buds for your daily workouts and need excellent call quality, Jabra has you covered well. The Elite 85t is also a pair that works well outdoors and indoors in any setting thanks to its 'moment' based presets in the app, soundscape feature, Hear Through audio mode and great ANC.

In short, if your priorities are to better manage your day-day activities and need a pair of true wireless earbuds that can adapt to any setting instantly, you’ll find great value in the Jabra Elite 85t to improve your lifestyle.

If this sounds like the earbuds you've been looking for, you can purchase them from authorised retail partners like Challenger, Stereo Electronics, ConnectIT, LazMall store, and on Shopee.

Read 1 User Review
★ ★ ★ ★ ★
Write a Review
Compare This | Specifications
Fantastic app experience
Decent sound quality
Excellent ANC performance
Customizable physical buttons
Noticeable connectivity issues
No support for AptX
Earbuds feel bulky in the ear
IPX4 rating is a step down from previous-gen
Our articles may contain affiliate links. If you buy through these links, we may earn a small commission.
Sponsored Links