It's nothing short of amazing 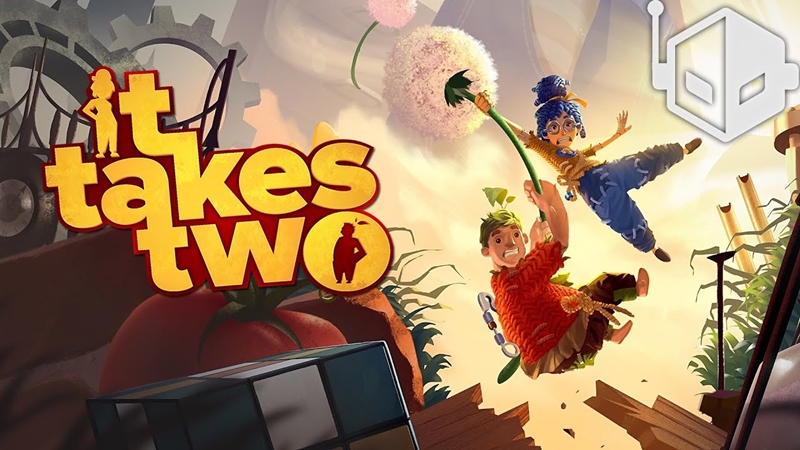 You know, when Hazelight Studios director Josef Fares offered to give out a thousand bucks to whoever got bored of It Takes Two, I thought it was just a bunch of hot air, and that I'd be a thousand bucks richer in no time.

However, it's now been a couple of weeks since the game's release, and to cut a long story short, I'm going to have to eat my words. There are no buts about it, people - It Takes Two is unexpectedly solid, amusingly fun and absurdly endearing, even as its core narrative tugs at the heartstrings harder than I cling to my bed on a weekend.

When you wish upon a...book? 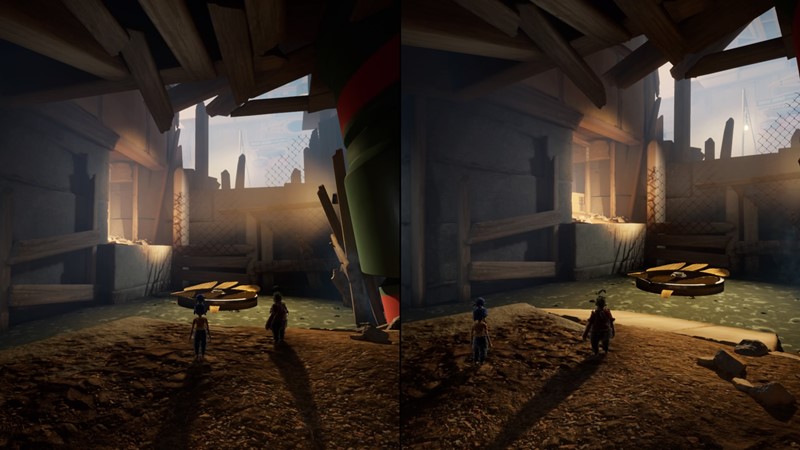 Unlike most action-adventure titles which opens up with a medley of guns blazing, It Takes Two doesn't launch any fancy fireworks at the beginning. Rather, it opens up with a rather emotional scenario, where a young girl named Rose has to come to terms with her parents' imminent divorce. After receiving the tragic news, she runs to the family's barn and cries, wishing upon a book that her parents, Cody and May can find it in themselves to forgive each other. Her tears fall onto two adorable, handmade dolls made in the likeness of her parents, which magically causes their consciousness to be transferred into them.

Meanwhile, Rose's book, which is written by a love guru named Dr. Hakim, comes to life and presents the confused couple with the challenge of overcoming their differences in order to revert back into human form. And so their quirky collaborative adventure begins. 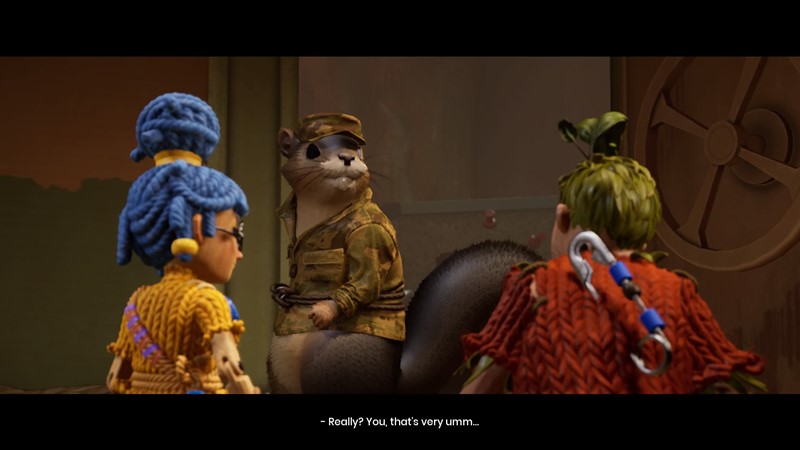 Right from the start, the overarching theme of all of the game's challenges and bosses is clear: you're playing through the eyes of a child, and surprisingly, there is no sense of awkwardness at all. The only things you'll feel are wonder and excitement, and Hazelight has done a wonderful job of retaining that flavour throughout the entire game. The aesthetics and colours are gentle yet vibrant, while Cody and May are developed in a heroic yet adorable manner - the same way they would be in a child's imagination.

There's no shortage of variety either, both in terms of the game mechanics and the environments that Cody and May have to venture through. From a cluttered barn filled with talking tools, to a tree fortress populated with squirrels armed to the teeth and even a galactic space base with wormholes, let's just say that Fares really wasn't kidding when he said the game was nigh-impossible to get tired of. 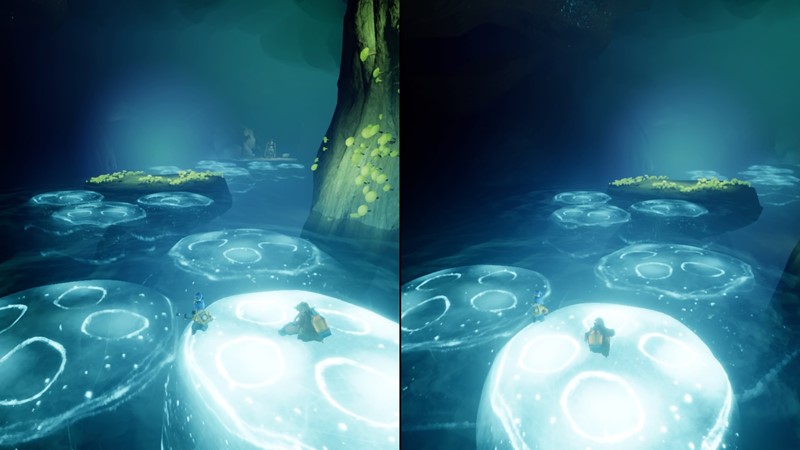 The most interesting bit is that it just throws you into these environments without so much as a warning, but hey, we love it the way it is. The audio, while not exactly earth-shattering still does a pretty okay job of setting the mood for the various challenges that Cody and May undergo.

I especially like how each environmental transition also brings something new to the table, so you never really use the same few tools to solve every problem. One moment you might be hurling and recalling metal nails like Thor does with Mjolnir, and the next you're grinding along metal rails and dodging minecarts along the way. There's really no better word to describe it than "fun", really. 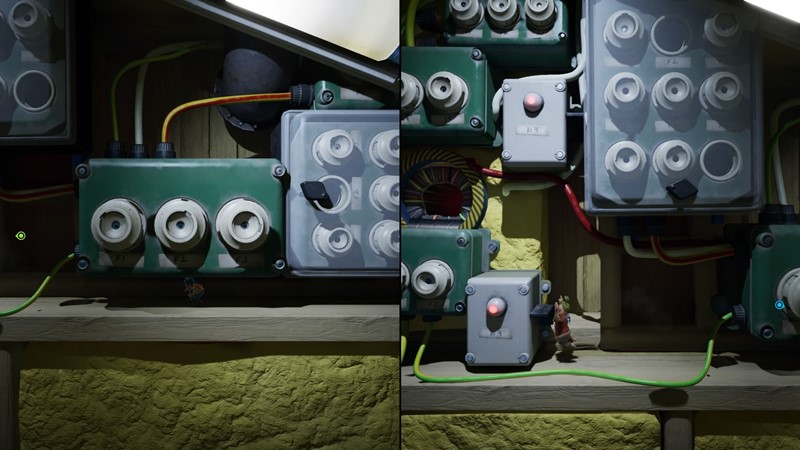 Moving on to the gameplay itself, much like a child's play session, the game doesn't take itself too seriously, and neither should you. You can afford to chill out and take it easy for the most part. Not only are there no annoying life counters or respawn limits for you to worry about, but it's only after playing that you realise why Hazelight made this game without the option of solo play.

I will admit I was a little annoyed when I found out I couldn't play with an AI partner, but after taking it out for a spin with my buddy, we both agreed the game would have been straight-up awful if anyone played it alone. 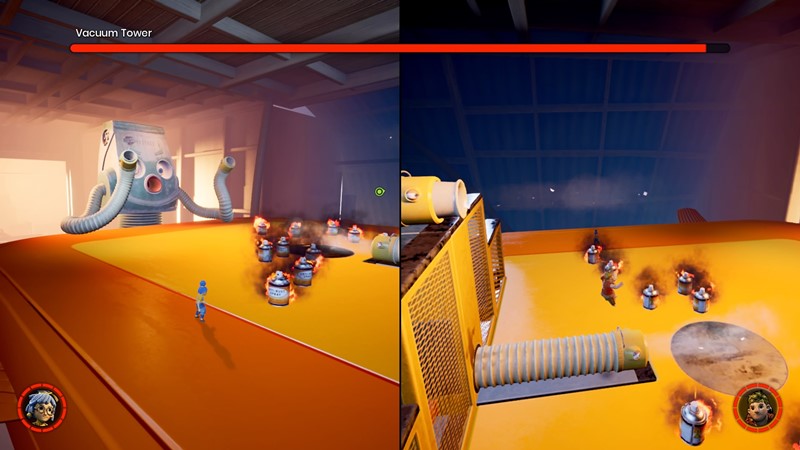 I'll say it as it is: the puzzles are masterfully designed. They're made in such a way that they require actual communication, human ingenuity and common sense to solve, and it really helps to highlight the background narrative as well - that it always takes two hands to clap in any relationship. Frankly, I think that's one of the game's subtle beauties - it's somehow able to weave in all of these "life lessons" and emotions while still creating a fun, unpredictable and engaging gameplay experience.

I can't say it enough - you'll really need to be creative with your assigned abilities, as Cody and May will acquire different ones in each stage. For example, in the space stage, Cody receives the ability to alter his size much like the MCU's Ant-Man, while May can defy gravity and run up specific vertical surfaces. It's the act of being able to combine these different perspectives and abilities within each puzzle that is truly impressive, and you can even switch it up with your buddy for an entirely new experience!

The odds and ends 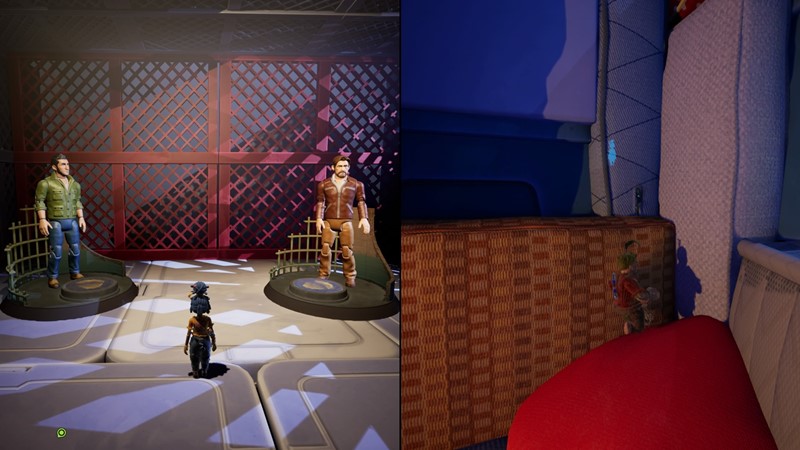 But there's much more to this game than just puzzles and bosses - there are also a bunch of easter eggs and minigames that you can look for along the way. Regarding the former, me and my buddy chanced upon this hidden little alcove in one of the levels which references the main characters from A Way Out, Vincent and Leo. Of course, ground-pounding both character buttons at the same time awarded us with a special cutscene, so keep an eye out for more of these as you make your way back to the house.

But while these little nods to their previous games are certainly interesting to look for, it's the "minigames" aspect that really deserves praise. Here, you can have Cody go head to head against May in some light-hearted games like Whack-a-Cody. Naturally, these are controlled by both you and your buddy, which opens the door for some friendly competition along the way. If anything, I think it's a really nice touch from Hazelight.

Worth much more than its weight in gold 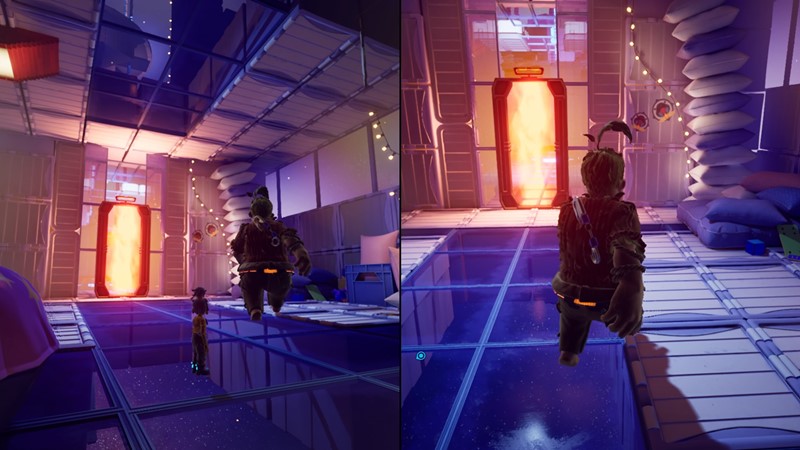 On the whole, it's safe to say that It Takes Two really lives up to what its director has said about it. He swooned about it before its release, and now I'm swooning as well. Honestly, I can't recall the last time I enjoyed a co-op adventure this much, and I'm actually at a loss as to what needs improvement.

The most I could probably say is that you need two people to play it - no more, no less. But from how things have turned out, the developers have found an amazing way to turn this "flaw" into a strength by introducing the "human element" into their puzzles. In fact, your buddy doesn't even need to own the game to team up with you - all you need to do is acquire the Friend Pass add-on and they'll be able to climb on-board. 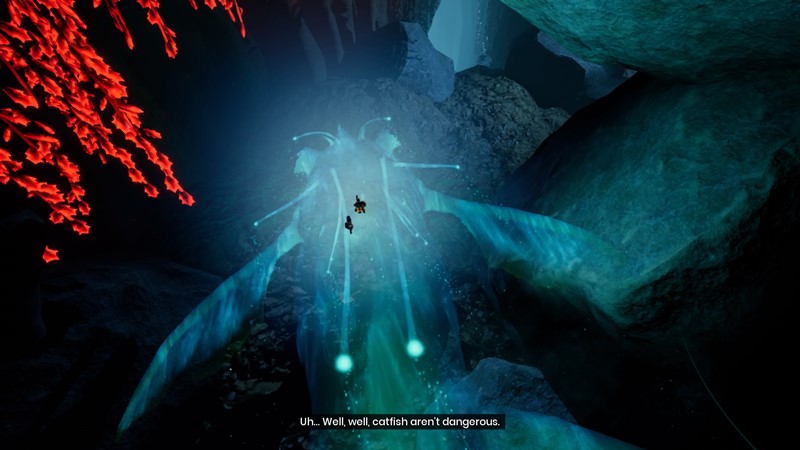 So, at the end of the day, let's take a look at what we have here. A game that looks aesthetically pleasing and is easy to fall in love with? Check. Excellent, dynamic gameplay that presents a new experience each and every level? Certainly. Last but not least, does it go above and beyond to deliver a good, meaningful narrative with well-developed characters? You bet.

TL; DR: I started out with many prejudices about this game, but one by one, they fell away and I ended up loving this game more than I thought I would. Simply put, I've had no regrets picking up It Takes Two, and I'm pretty sure you won't either. Congratulations on another excellent title, Hazelight Studios.

Write a Review
Compare This | Specifications
Lovable, endearing narrative and characters
Puzzles are exciting and require real coordination to solve
Gameplay is amazingly unpredictable and engaging
Aesthetics are excellent, vibrant and yet not too flashy
Secretly glues your hands to your controllers so you can't put it down
No AI option. You need two players to get started.
Dr. Hakim can be pretty annoying - brace yourselves.
We can't play it during office hours.
Our articles may contain affiliate links. If you buy through these links, we may earn a small commission.
Sponsored Links