Article has been updated with Iometer and stress testing results, thus a more substantial conclusion to upsize our original preview article to a full review with a rating.

After months of anticipation, Intel's second generation X25-M SSD drives are finally retailing! What's so exciting about these SSD drives you ask? Well, the original X25-M SSD drives have set the benchmark for all drives to follow for the past year with phenomenal performance gains over other standard SSD and hard drives alike. Yes, even against other SSD drives, the Intel X25-M was notably speedier than the competition.

Now with the second generation X25-M drives, these feature flash memory chips manufactured on the 34nm process technology versus the previous 50nm technology. Primarily this brings with it a huge cost savings to produce these drives as Intel gets to make more flash memory out of the same silicon wafer. Now couple cost savings with reduced latency and improved I/O operations per second (IOPS), and Intel probably has another winner on their hands. 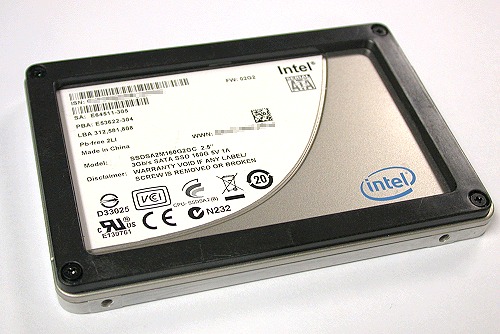 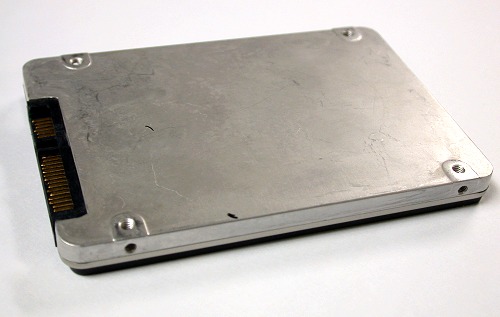 In fact, with street prices of these second generation drives going for US$275 and US$499 for the 80GB and 160GB variants respectively, they are quite competitively priced. While the advertised sequential read/writes speeds are still similar to the original X25-M at 250MB/s and 70MB/s respectively, we'll soon find out if the transition to newer flash memory and controller tweaking brought about any notable gains besides lower prices.

Yet another highlight of these new drives is that Intel will release a newer firmware as soon as Windows 7 is launched to support its new drive management features such as the TRIM function to keep the drive well optimized at all times. To-date, Intel has unfortunately not expressed any interest to renew drive feature support on the first generation drives, so the new drives are automatically more appealing.

Before we dive in to check out the performance numbers, how do you differentiation a first generation X-25M SSD with that of the second generation drive when their basic marketing model names are alike? Even the capacities are alike. The answer lies with the complete drive model name. Take for example the first generation 2.5-inch form factor 80GB drives; this has a product name of SSDSA2MH080G1 where as the brand new second generation drive will be known as SSDSA2MH080G2. So check for the "G2" variant when hunting for the new X25-M. 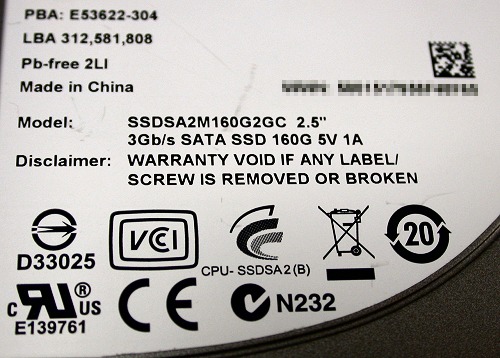