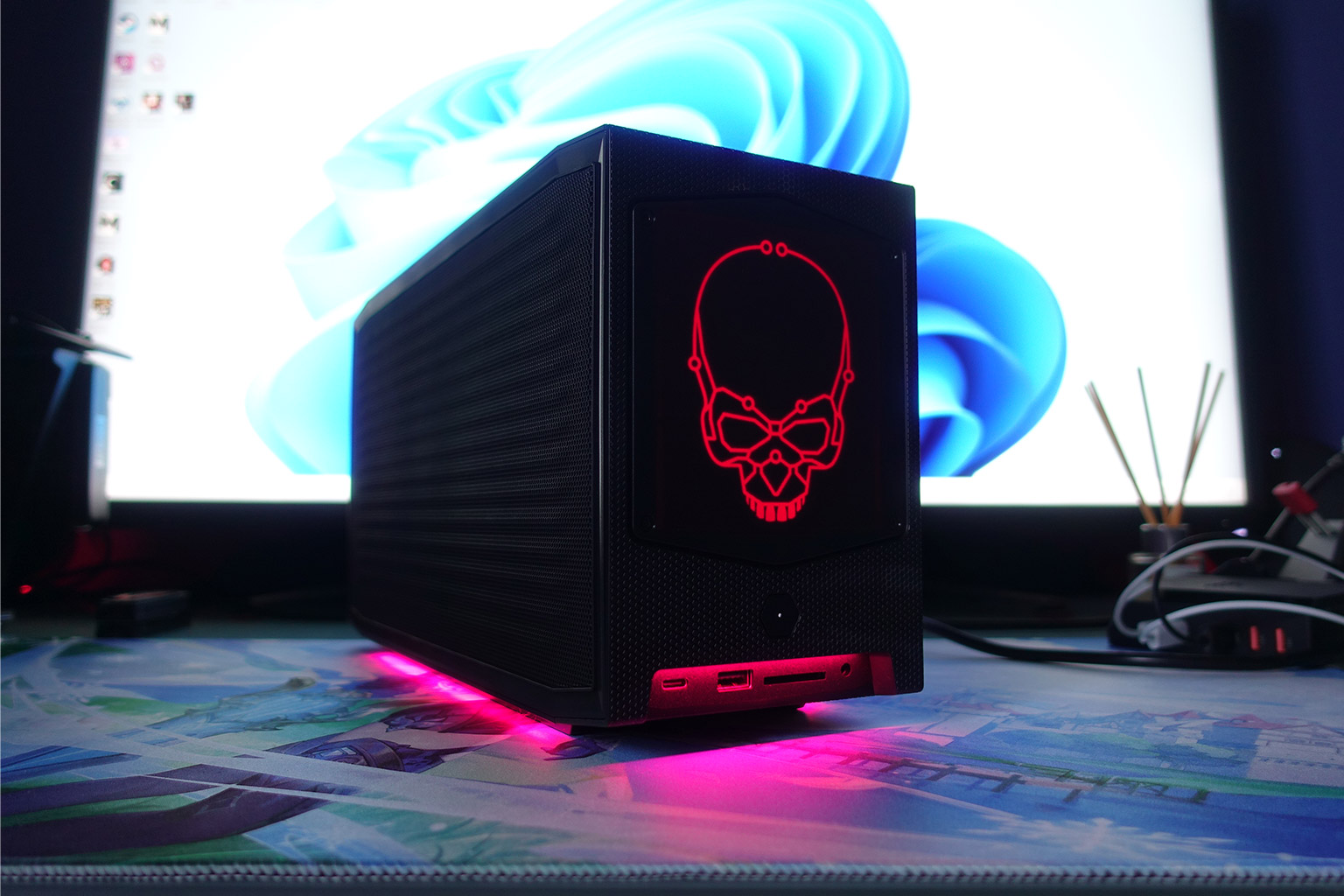 Intel’s specialty isn’t just in making processors, of which their latest 12th Gen Alder Lake series has got many of us to believe that happier days are coming for the blue company – with processors that could finally compete with AMD's own Ryzen flagship processors.

Well, for 2022 the Extreme Kit is now back again as the NUC 12 Extreme Kit. Also known as Dragon Canyon, the new Extreme Kit is essentially a refresh of last year’s model – with the same chassis and internal layout as its predecessor. The big change is, of course, the switch to Intel’s 12th Gen Alder Lake platform, which has already proven to be leaps and bounds more capable than the 11th Gen Tiger Lake silicon that was used in the NUC 11 Extreme Kit.

My review unit features the 65-watt 12th Gen Core i9-12900 processor, a lower-wattage version of the desktop-class 125W Core i9-12900K. The lower TDP meant the non-K version of the 12900 processor’s Performance-core’s Turbo Boost (or P-core) is just 100MHz lower than the 12900K’s (5.1GHz versus 5.2GHz). Its lower base clock (2.4GHz versus 3.2GHz) also allows it to produce lesser heat in big and long-running tasks, which is crucial as the small, confined space of the NUC 12 Extreme Kit casing does not allow for additional fans to be installed. 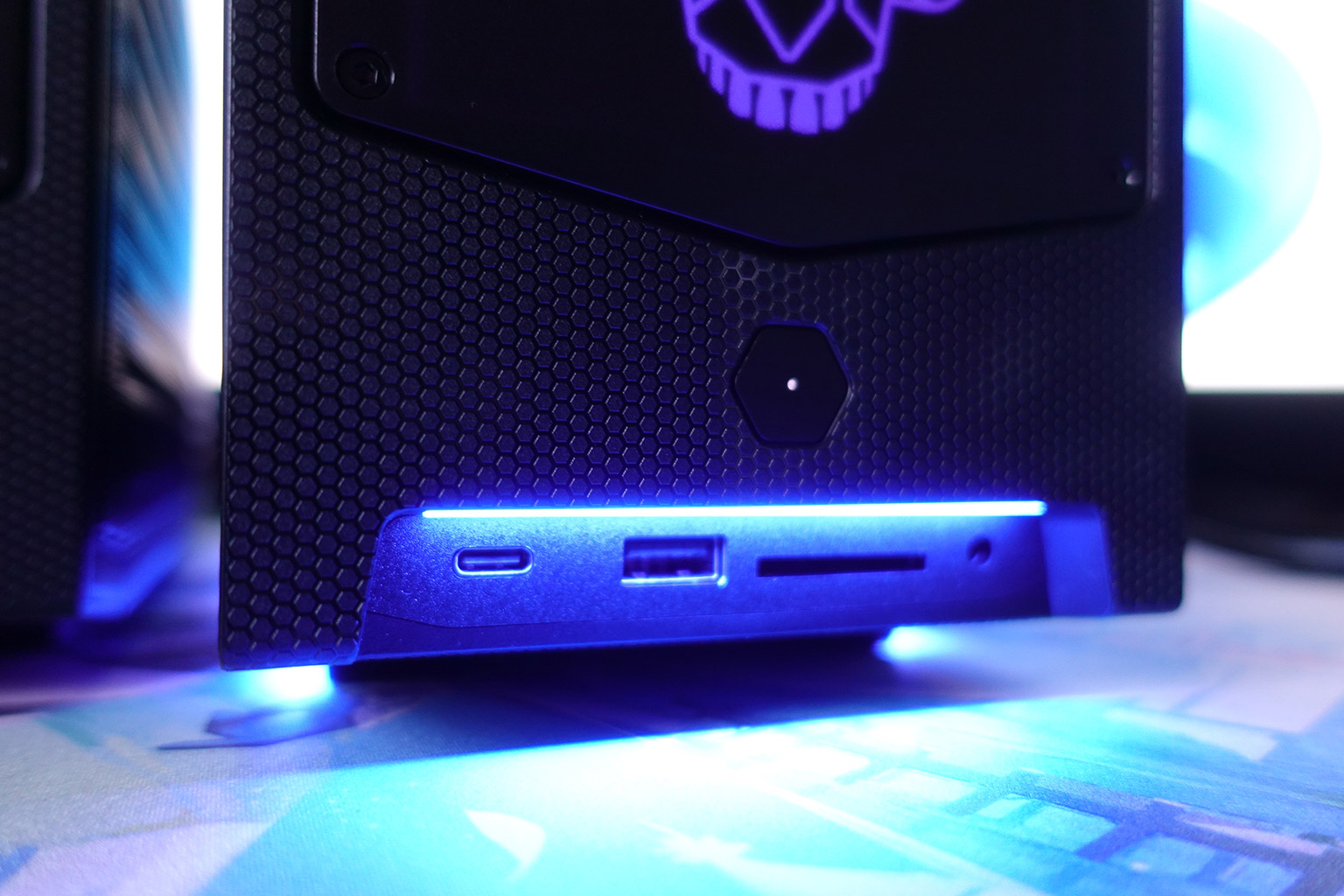 While the NUC 12 Extreme Kit shares a like-for-like design as last year’s NUC 11 Extreme Kit, there are a couple of key differences in I/O ports. For starters, the NUC 12 replaces one USB Type-A port for a USB Type-C for the front panel, which gives it better versatility in my opinion. The rear also spots an additional 10 Gigabit Ethernet port, as compared to just one 2.5G LAN port on the older NUC 11.

Whether these are important specifications ultimately depends on your own needs but suffice to say the NUC 12 Extreme Kit is a markedly improvement over its predecessor just solely based on its processor’s superior merits. 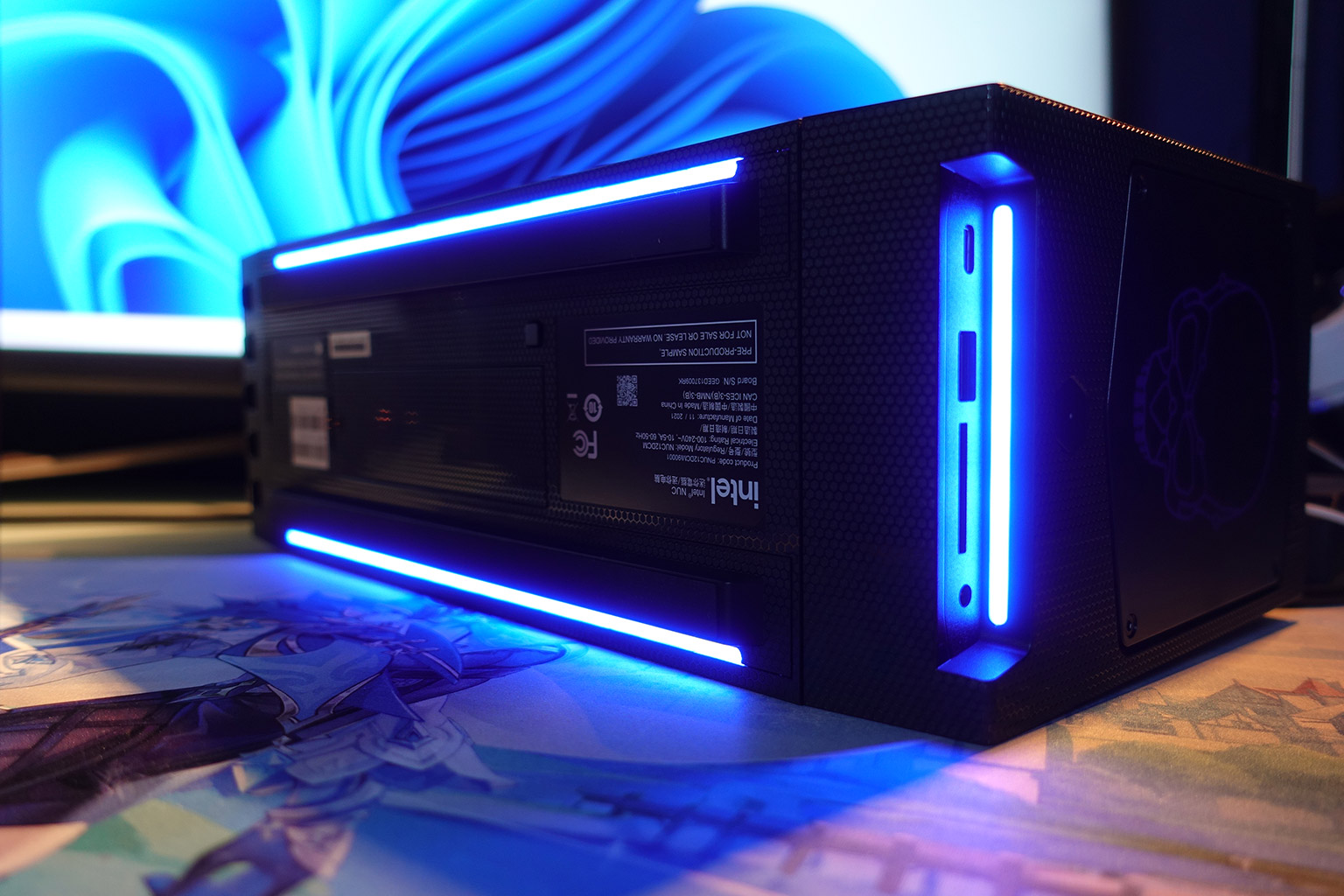 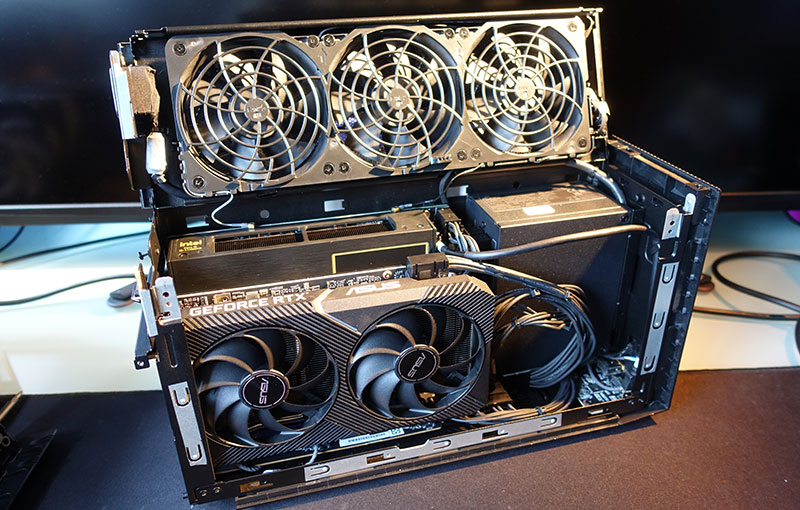 What we want to know though, is how the NUC 12 Extreme Kit compares against its predecessor? Let’s find out.

Because both NUC kits are so modular, I tested both with the exact same parts (a 500GB SSD, 2x8GB dual channel memory and an ASUS GeForce RTX 3060 Ti graphics card) so that I can isolate the CPU performance differences. 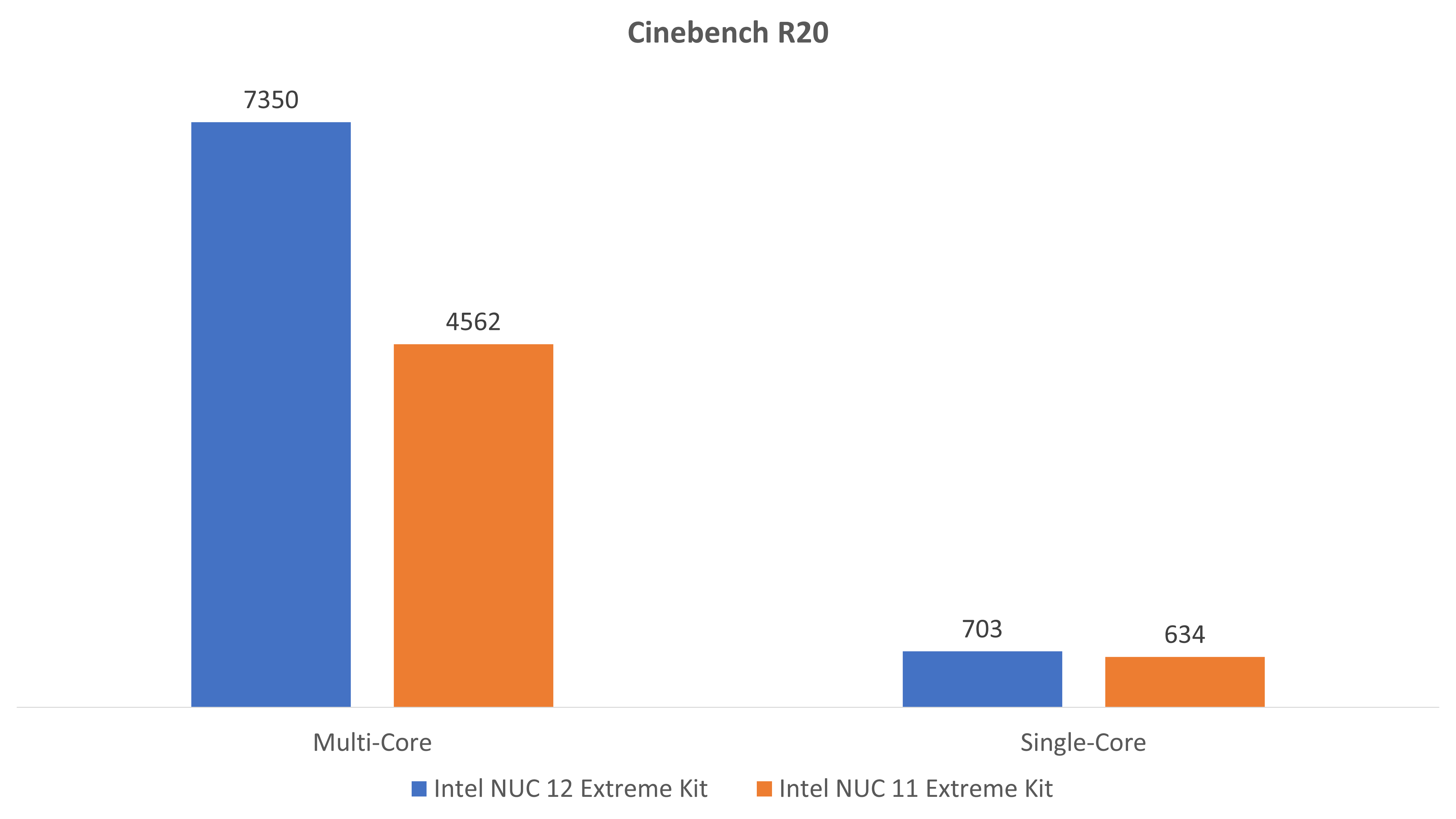 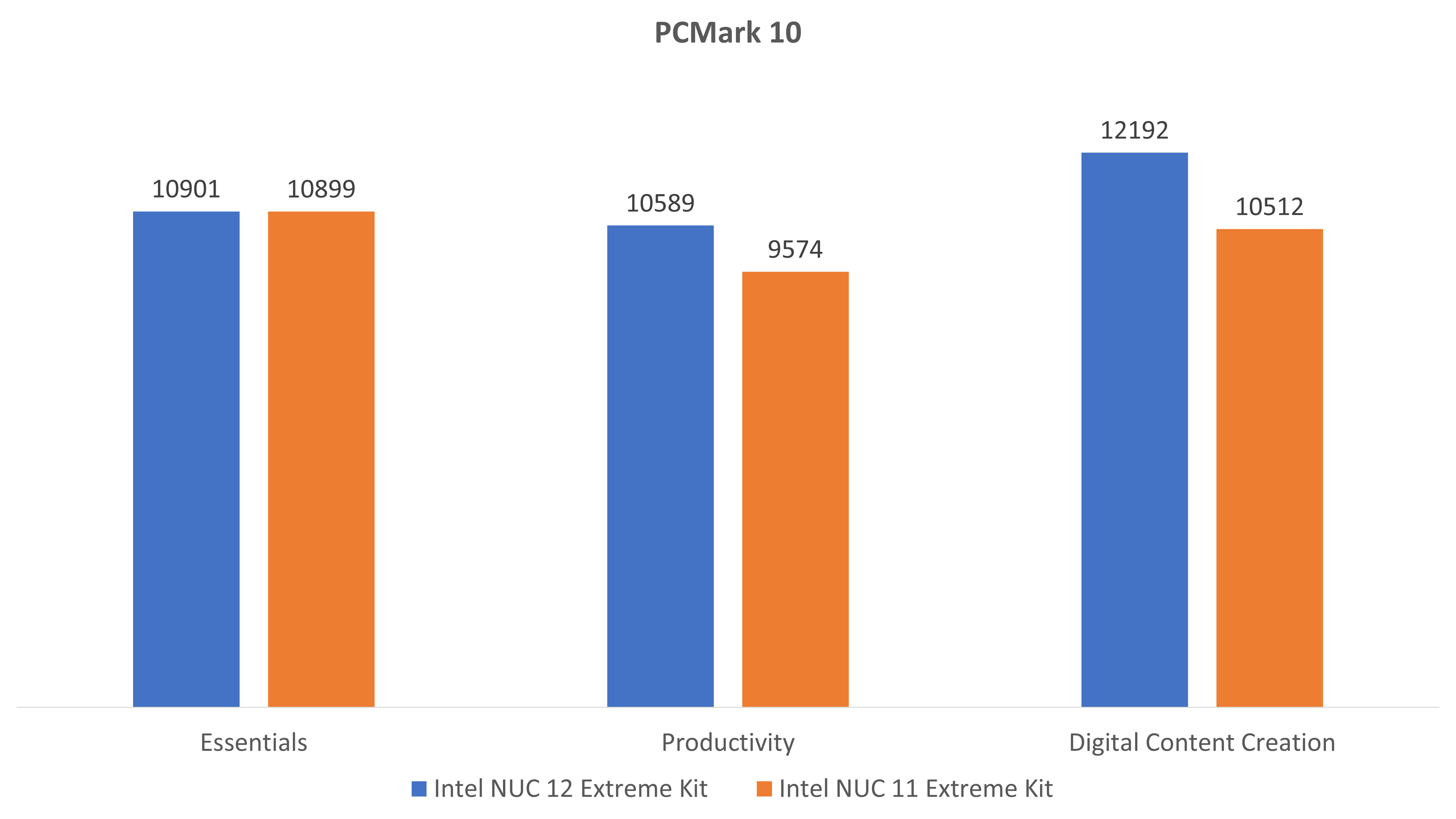 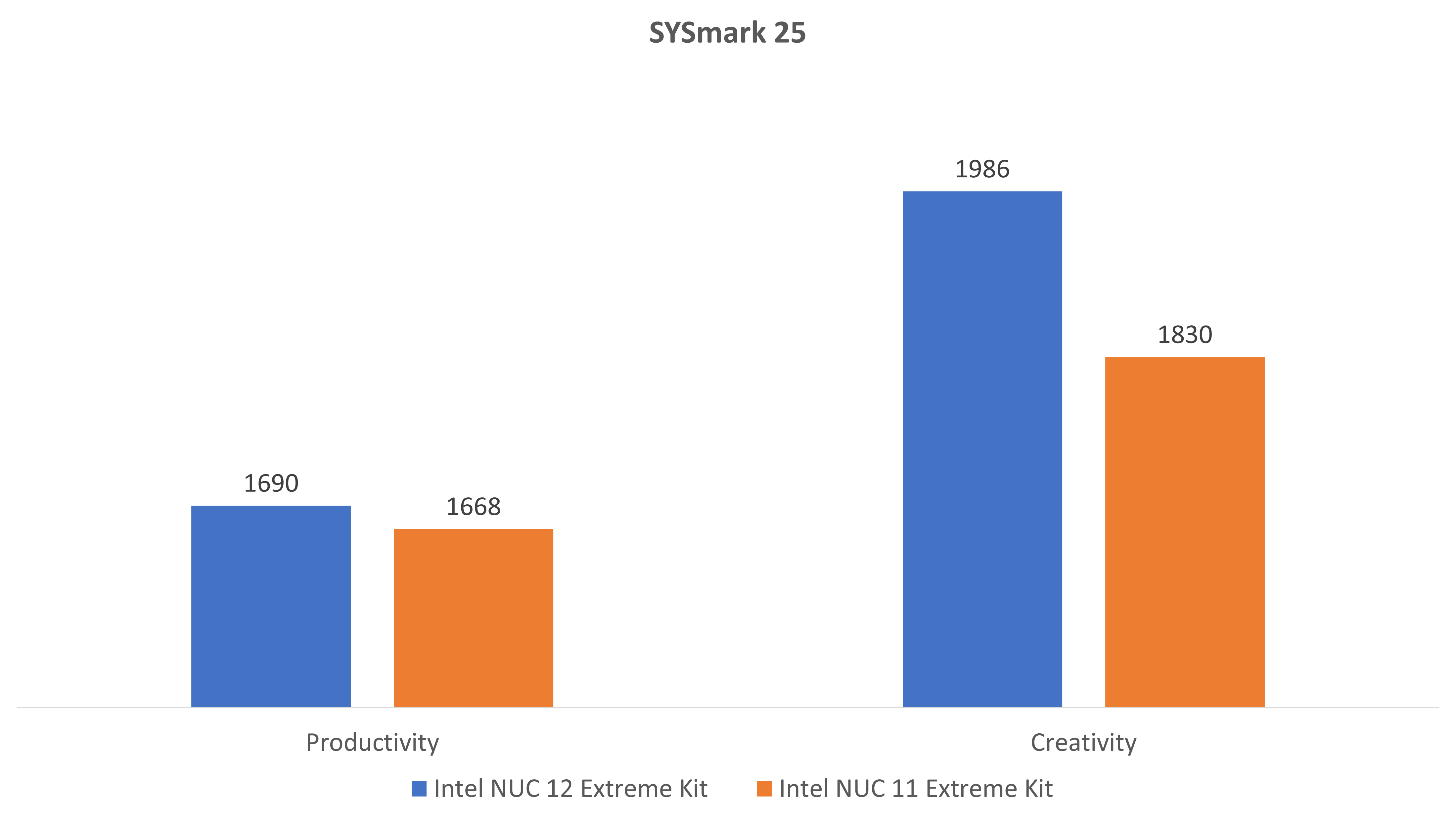 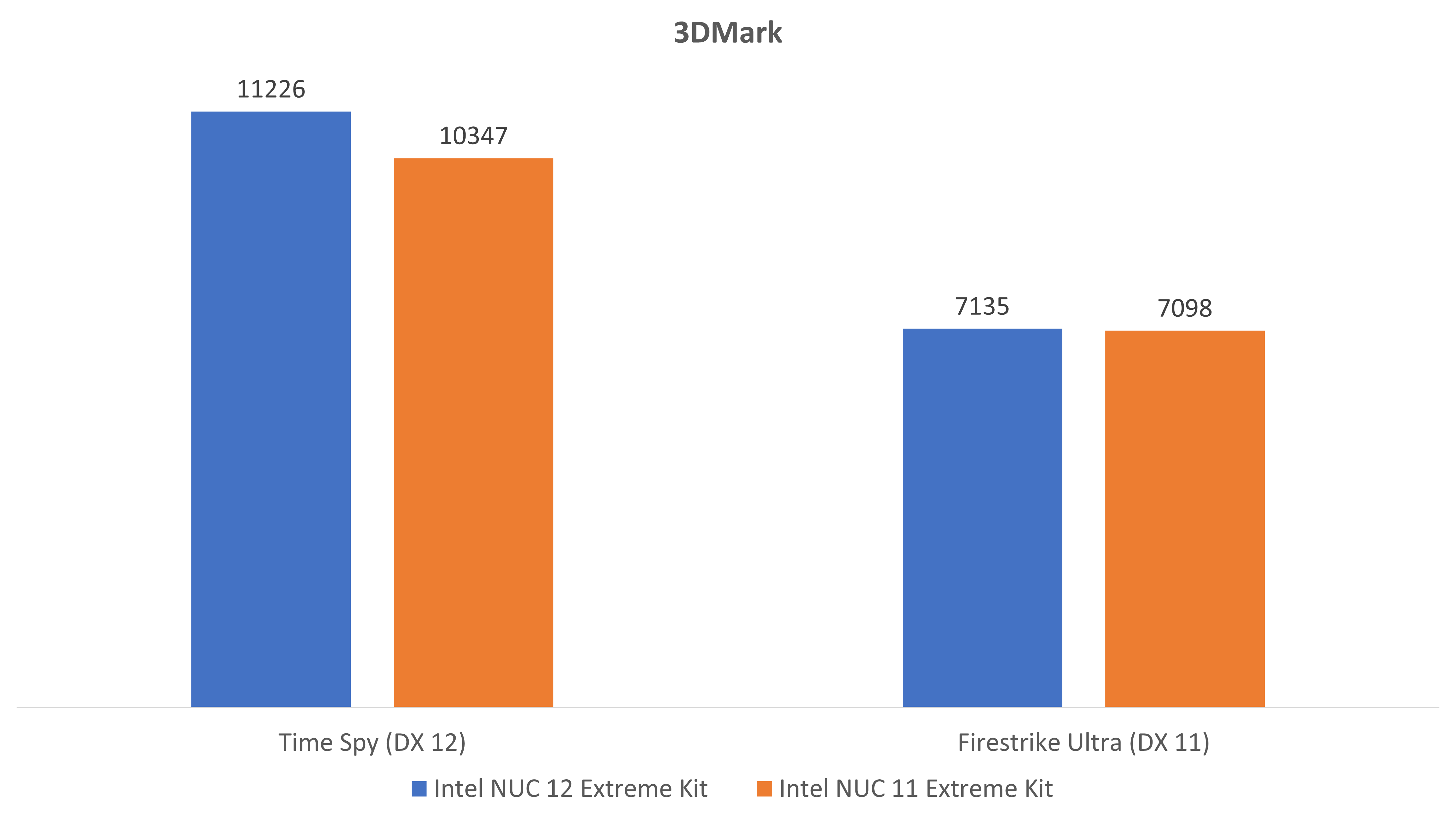 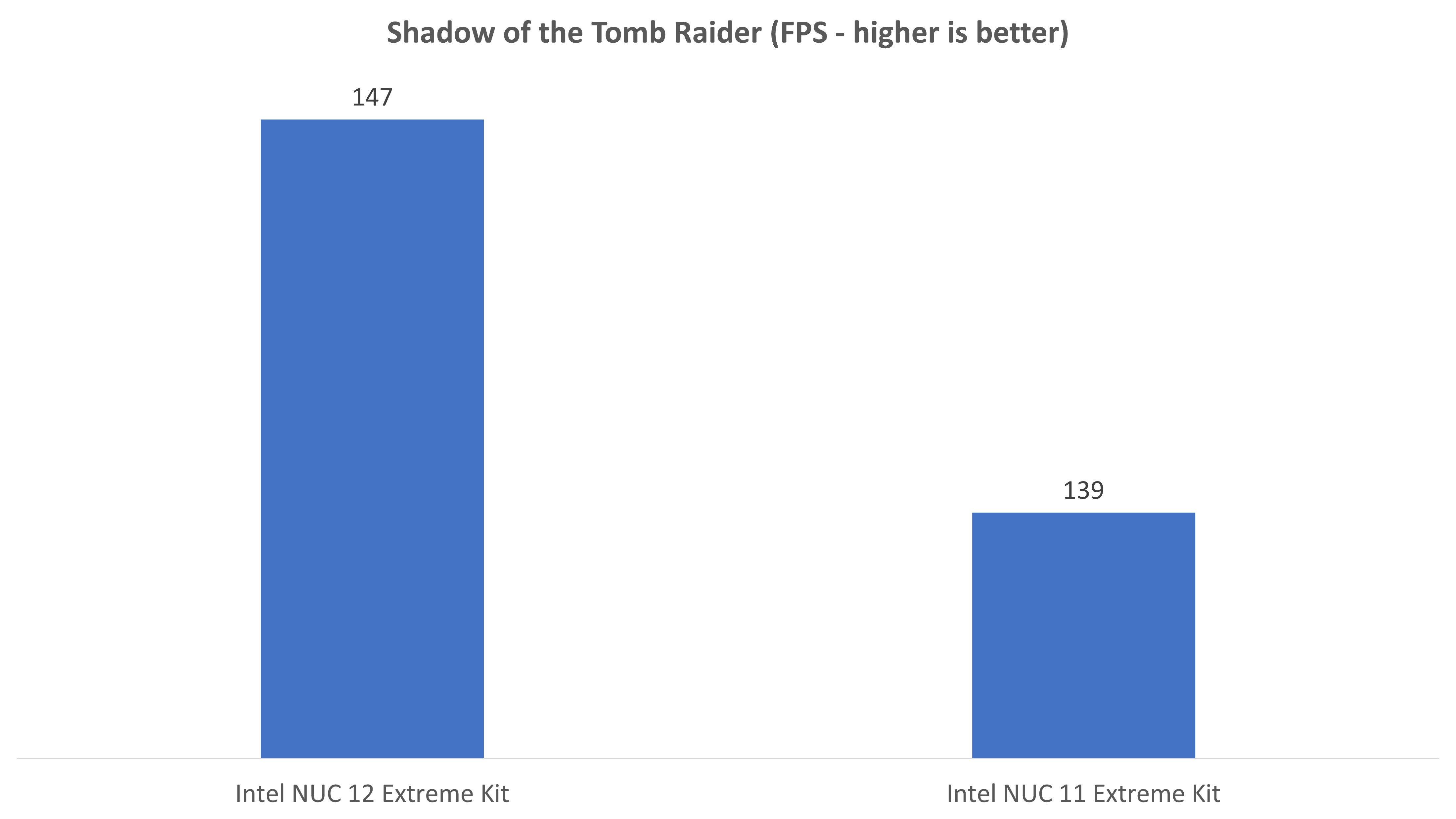 Unsurprisingly, the NUC 12 Extreme Kit showed across-the-board performance gains, thanks to its Core i9-12900 Alder Lake processor. Even with the older NUC 11 Extreme Kit, I always thought the mini-PC offers excellent end-user upgradability, up to three M.2 PCIe storage slots and even a full-length graphics card.

That said, there is one big feature that I'm surprised Intel did not bring to the new NUC: PCIe 5.0 support. PCI 4.0 is actually still impressive where speed and bandwidth are concerned, but in the context of how the 12th Gen processors represent the best of today's Intel, sticking with PCIe 4.0 just feels so...yesteryear for a modern Intel 12th Gen platform. PCIe 5.0 would have added another future proof layer. After all, that's the whole point about the making the NUC series upgradeable.

But that's not taking away from the fact that the NUC 12 Extreme Kit (Dragon Canyon) is still one of the best mini-PC for DIY enthusiasts. Except now with a lot more firepower.

Write a Review
Compare This | Specifications
Retains the smart design from NUC 11 Extreme Kit
Offers better performance value than its predecessor
DIY appeal
Still no glass window
Intel CPU only
No PCI 5.0 support (gasp!)
Our articles may contain affiliate links. If you buy through these links, we may earn a small commission.
Sponsored Links