Note: This review was first published on 1 September 2021. 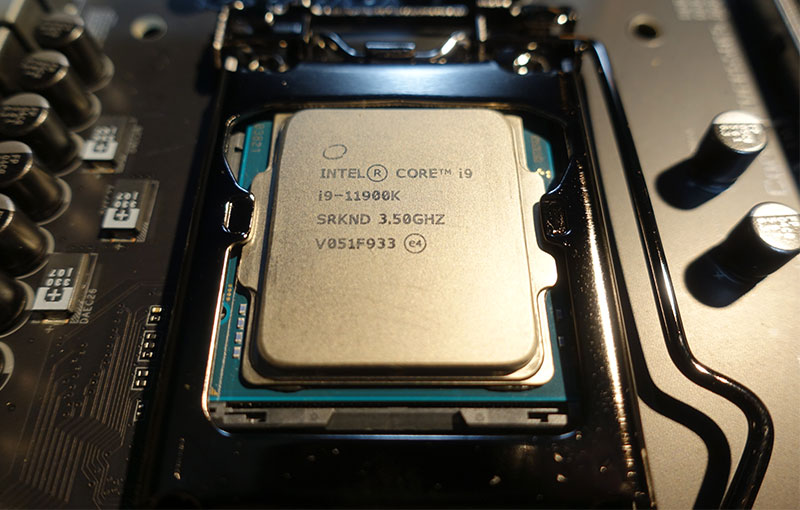 Intel’s position as the leading chip manufacturer had relied on a clearly defined tick-tock model, where every microarchitecture change (tock) was followed by a die shrink of the process technology (tick). This has worked for them reliably all the way from 65nm to 14nm. Then came 10nm, and Intel just could not find a way to scale its 10nm node effectively – forcing them to go back to 14nm while focusing on architectural upgrades so as to be able to deliver performance gains with every new launch (since the 5th Gen Broadwell way back in 2014).

This brings us to their latest flagship processor, the head of its 11th Gen Rocket Lake and also the last to be based on the 14nm design – the Core i9-11900K desktop processor that’s targeted at PC enthusiasts and gamers. While the 11th Gen Rocket Lake is still built on 14nm, it uses the Cypress Cove microarchitecture that is actually a version of the 10nm Sunny Cove microarchitecture (aka Ice Lake) backported to Intel's 14nm process node. It’s as unique as Intel processors come, no thanks to constraints from yield problems with the Ice Lake design. Because of this, the Core i9-11900K has fewer cores than its predecessor as Intel had to strike off two cores – there’s just not enough room on the die to accommodate all of the fatter Cypress Cove cores. This means that the i9-11900K has eight cores and 16 threads, versus the 10 cores and 20 threads i9-10900K that we got last year.

But there are also notable upgrades that the new processor brings to the table – such as more powerful integrated graphics. The i9-11900K comes with an Iris Xe UHD Graphics 750 silicon, which, like the Sunny Cove cores, had to be ported from 10nm to fit the 14nm node. In theory, the Iris Xe offers double the improvements over the antiquated UHD Graphics 630 (I didn’t run any benchmarks for this because few, if any, buyers will get a processor of this ilk and not pair it with a discrete graphics card). 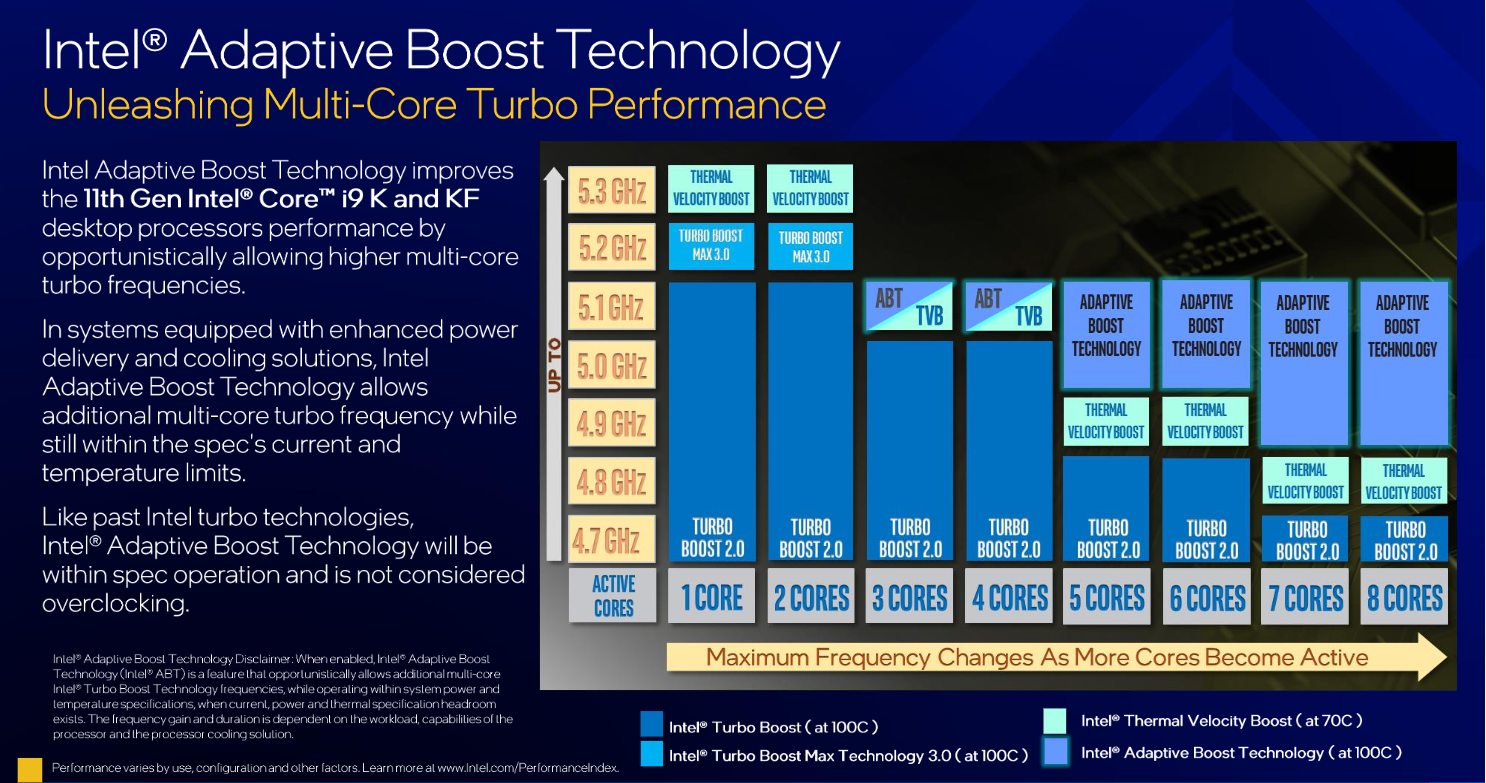 But the one feature that I’m most excited by is Adaptive Boost Technology (ABT), which, in layman terms, basically push clock speeds higher as long as the CPU isn’t limited by power or thermals. It works in a similar fashion to AMD’s Precision Boost Overdrive 2 with their latest Ryzen 5000 Series chips – allowing them to squeeze out some extra performance under good cooling solutions. Now, as good as ABT sounds, it’s only available on the top-of-the-line Core i9 11900K. 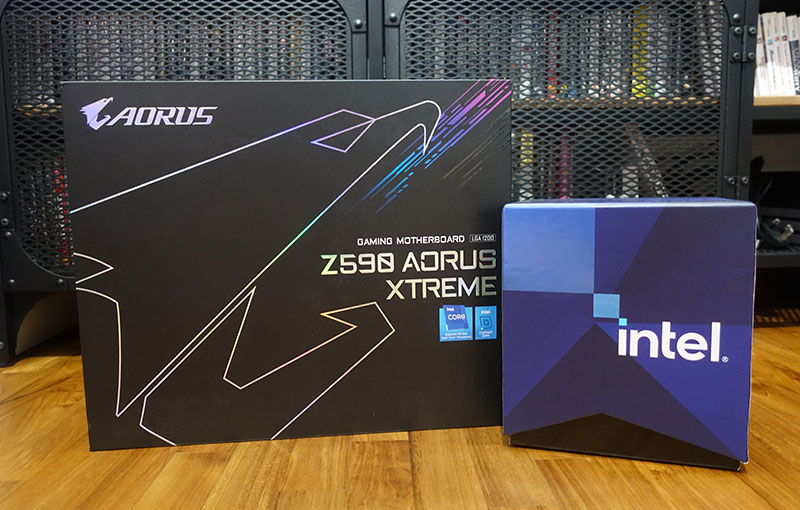 Intel has also retained the same LGA1200 socket that we saw last year with the 10th Gen Comet Lake (that is based on Intel’s Skylake architecture), and most motherboards (especially those from the big three – ASUS, Gigabyte and MSI) based on the Z490 chipset should work with Rocket Lake chips with a BIOS update. But as is the norm with a new generation, an 11th Gen processor also comes with a new motherboard series based on Intel’s latest Z590 chipset. 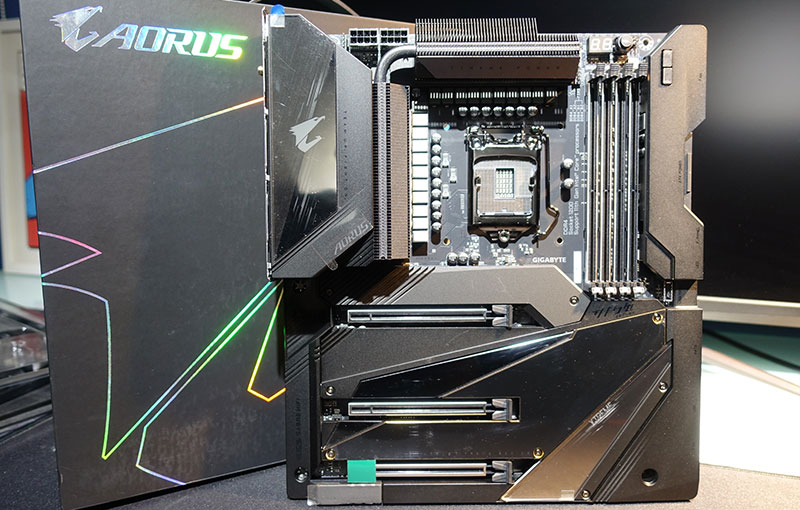 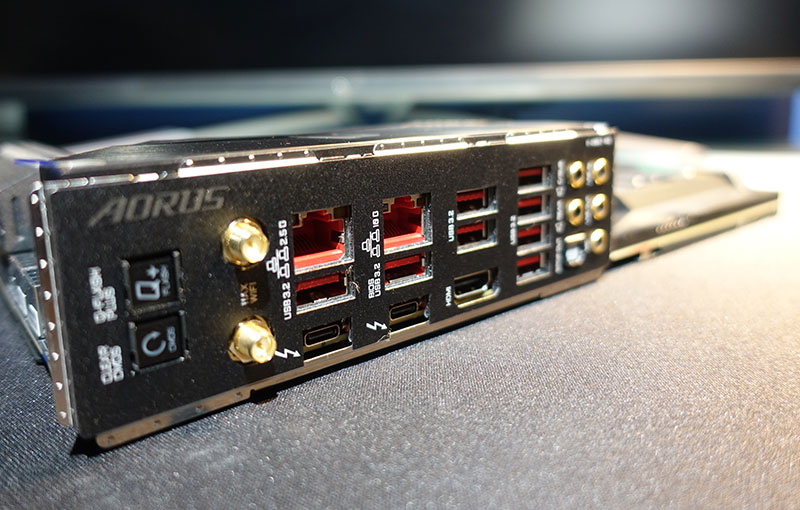 I won't spend too much time here covering motherboard features, as Z590 boards have been available for a little while now, but suffice to say there are minute differences between Z490 and Z590 motherboards — PCI 4.0, USB 3.2 Gen 2x2, Wi-Fi 6E, more PCIe lanes (eight to be exact) — so if you don't care about the upgrades on offer, you can save some dough and stick with an existing Z490 board that supports the Intel’s newest desktop processors. In our case, I paired the Core i9-11900K with Gigabyte’s Z590 flagship motherboard, the gorgeous-looking Aorus Xtreme (look forward to a separate review) for our benchmark comparisons against the Core i9-10900K, and Ryzen’s duo flagship Ryzen 9 5900X and 5950X processors.

Write a Review
Compare This | Specifications
Good single-core performance
Adaptive Boost Technology is promising
It's actually available in market
No tangible performance benefits over previous generation
High TDP
Requires a Z590 motherboard for full performance benefits
Our articles may contain affiliate links. If you buy through these links, we may earn a small commission.
Sponsored Links