We only ran our gaming benchmark suite at 1080p, since that's where the CPU is more of a factor. At the higher resolutions that are more GPU intensive, the performance differences start to even out.

We’ve also teased out the Physics and CPU scores for the Fire Strike Ultra and Time Spy Extreme tests and compiled them in a separate table to give a better idea of how each processor performed.

Performance is pretty similar across the board, although the Physics and CPU scores are more revealing. The Core i9-10980XE doesn't have the best showing in terms of Fire Strike Physics scores though, coming in behind the Ryzen 9 3900X. However, it manages to top the board for the Time Spy CPU numbers. 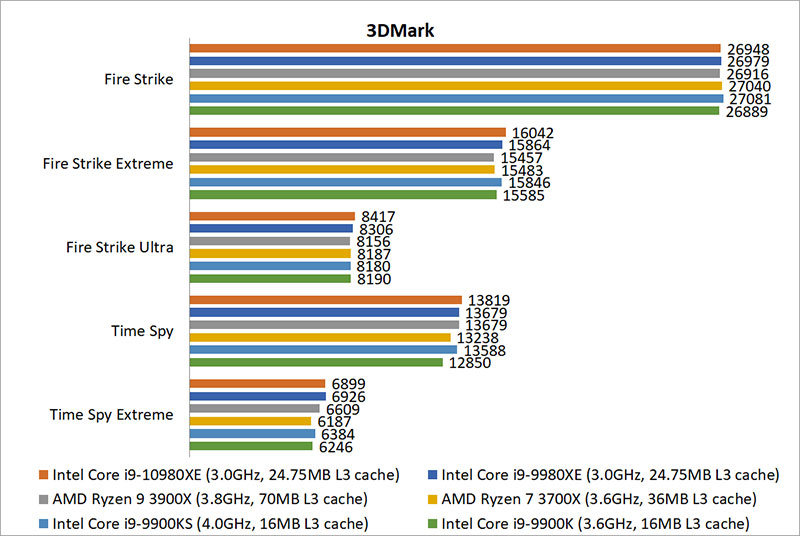 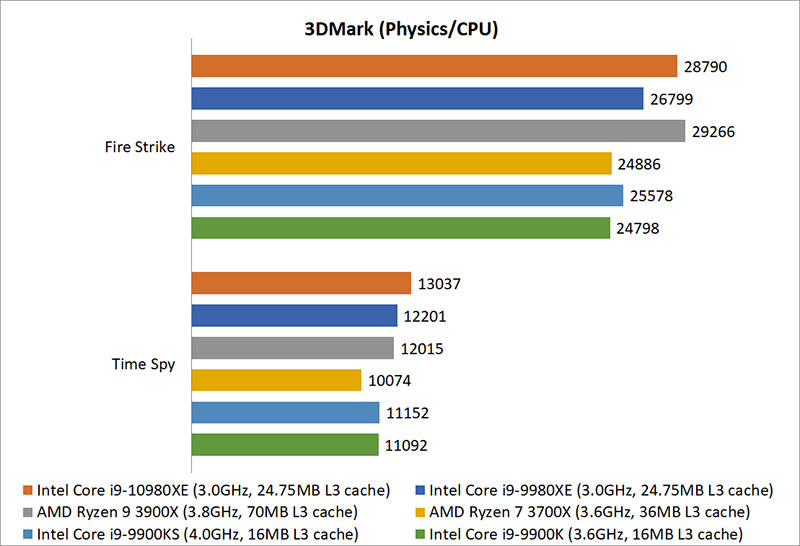 The Core i9-10980XE had a surprisingly strong performance here, coming ahead of even the Core i9-9900K at High settings. 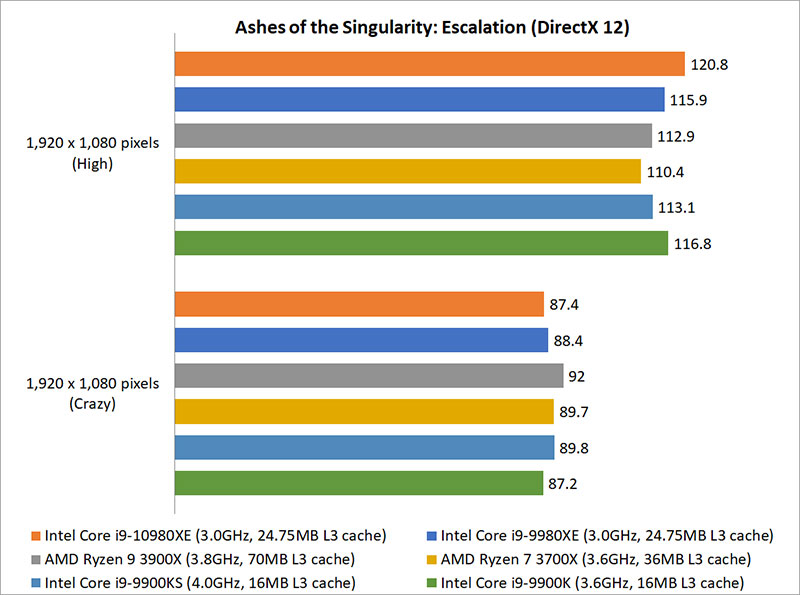 The new 18-core Intel chip does well in Mankind Divided too, beating even the Core i9-9900KS at High settings. It was also around 14 per cent quicker than the Ryzen 9 3900X at those same settings. However, the fastest chip here was the older Core i9-9900K. 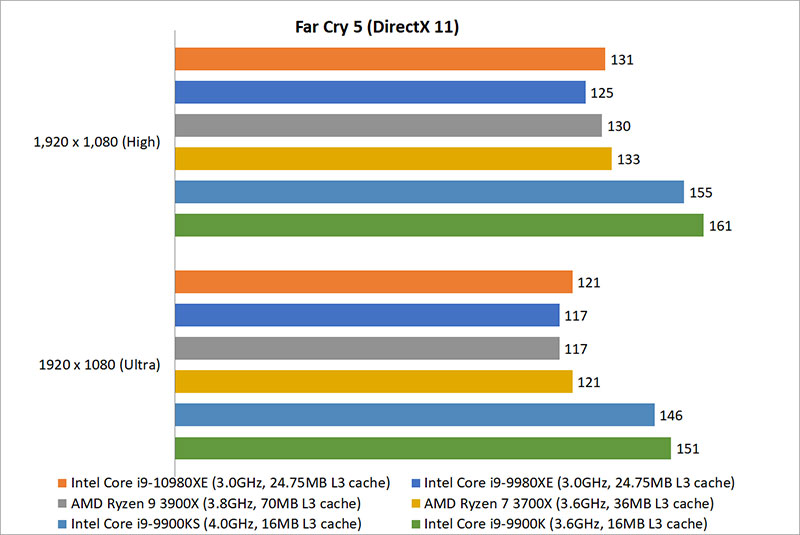 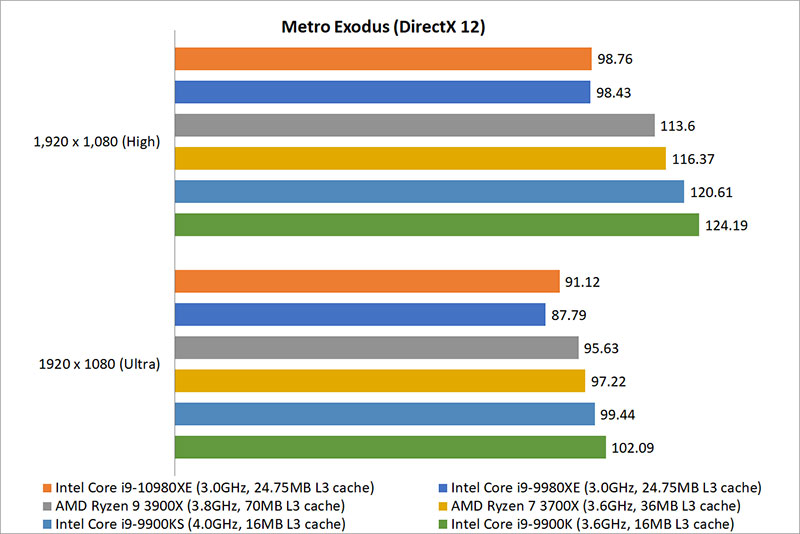 The Core i9-10980XE had another strong showing here, and it only trailed the Core i9-9900KS and Core i9-9900K, which are the best gaming CPUs you can get today. However, the Ryzen 9 3900X isn't that far behind, and it trails the Core i9-10980XE by just a handful of frames. At Ultra settings, the differences between the Intel Core-X and Ryzen processors are pretty much erased once the CPU becomes less of a limiting factor. 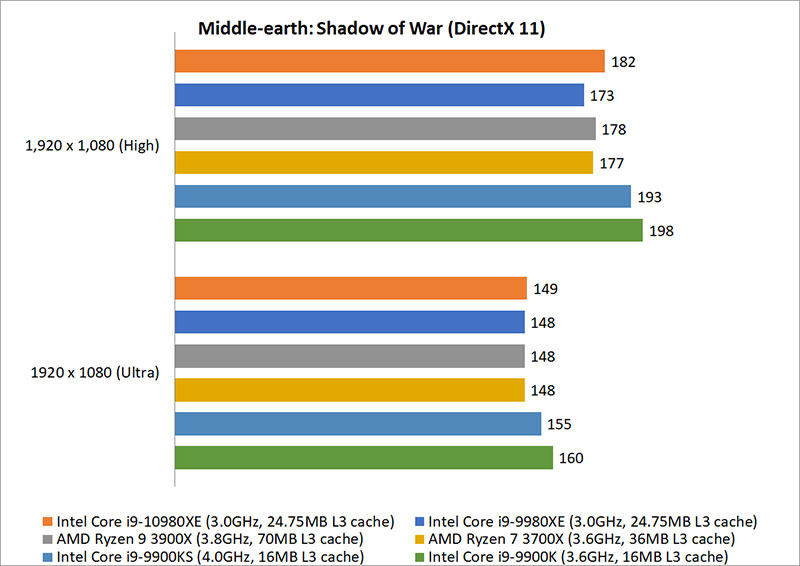 The Core i9-10980XE performs well in Shadow of the Tomb Raider too, but it manages to hang onto its lead over the Ryzen chips even at the Highest settings. In the latter scenario, it was around 10 per cent faster than the Ryzen 9 3900X. 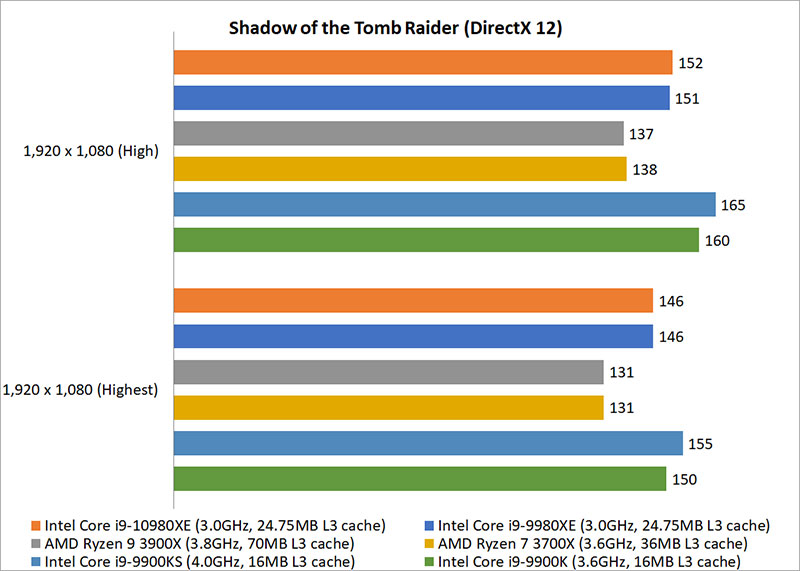 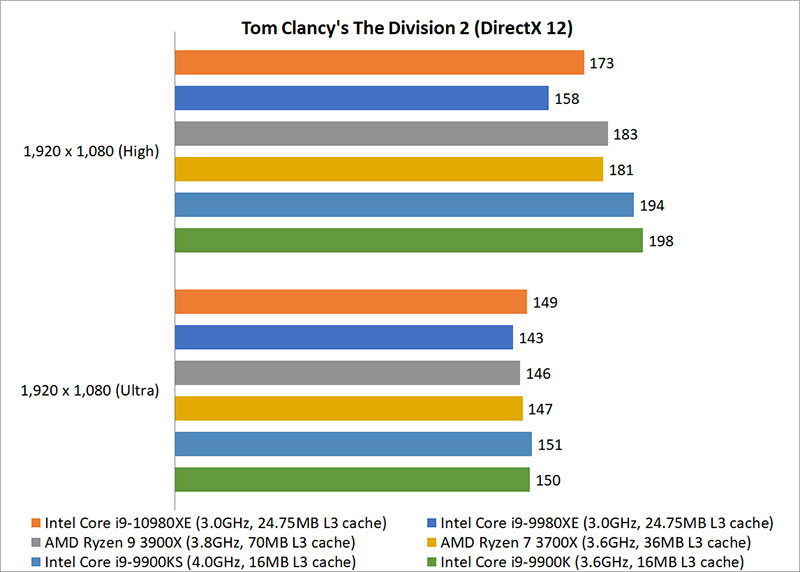