When it comes to the overall 3DMark Vantage score, it's more or less determined by your graphics card. The new Sandy Bridge-E manages results similar but not better than the mainstream Sandy Bridge processors. The rest of the comparisons however do reveal notable performance differences.

The scores from the CPU portion of the tests showed us the prowess of the Intel Core i7-980X as it pulled in second to its successor with only a slightly less than 10% margin to beat. The other CPUs were trailing at least by a 21% margin with the poorest showing from the Phenom II X6 1100T. 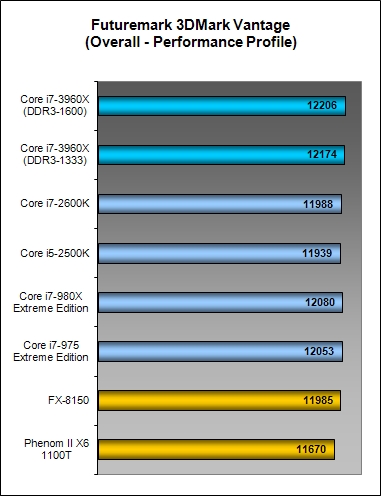 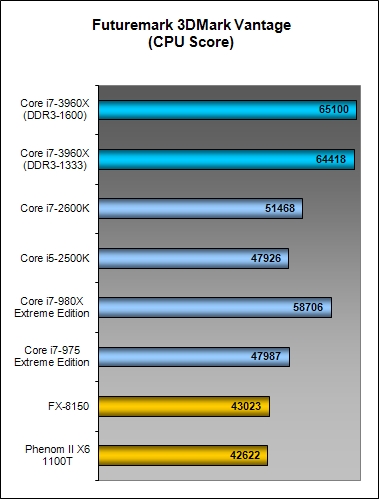