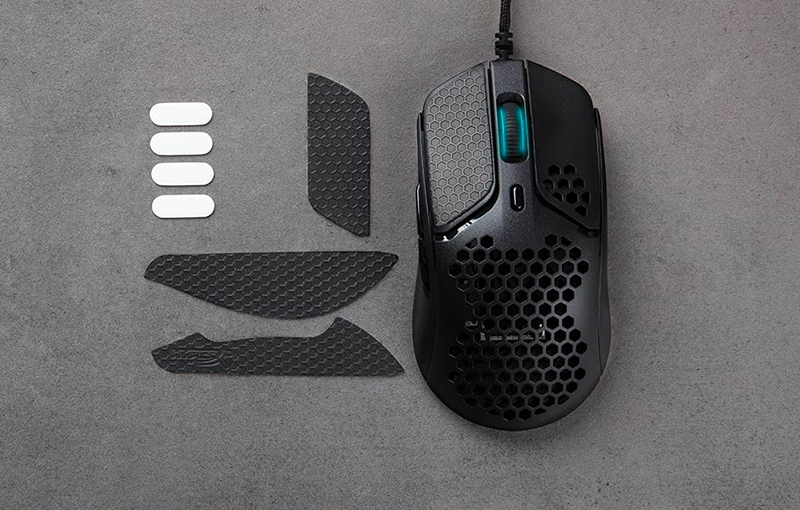 HyperX is joining the ultra-light game

HyperX, a gaming sub-brand of the memory giant Kingston, is better known for its gamer headsets and keyboards than for gaming mice, but the Pulsefire Haste might just make you sit up and take notice. It's the company's first attempt at an ultra-light mouse, and it's a solid and well-rounded tool that will appeal to FPS players. By waiting to muscle in on the lightweight gaming mouse scene, HyperX has had plenty of opportunities to learn from the best.

This means the Pulsefire Haste has all the features that gamers have come to expect today, including a super lightweight chassis and flexible paracord-style cable. It's a direct result of existing trends in the gaming mouse space, and while it gets a lot of things right, it doesn't really do anything different either and is the clearest sign yet that ultra-light mice have truly become mainstream. 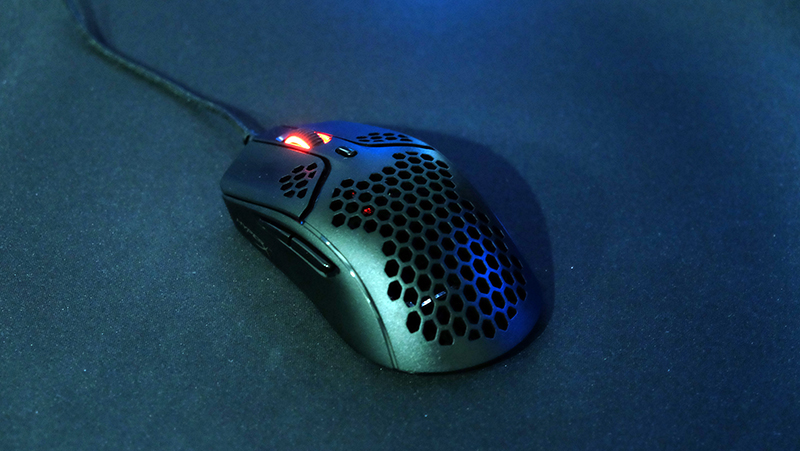 Its honeycomb shell is a familiar sight today, and it's enabled HyperX to bring the weight down to just 59g. The sides where you grip the mouse is solid plastic though, which may help improve comfort for some folks. I personally don't mind having holes in my mouse shell at all, and despite having used many of these types of mice for extended periods of time, I've never found dust build-up to be an issue. The Pulsefire Haste is very competitive in terms of weight and is lighter even than the smaller Razer Viper Mini.

The mouse sports a symmetrical, ambidextrous shape, and it's a very safe and versatile one that will accommodate most grip styles. That's the case for the majority of mice today. Manufacturers aren't keen to take risks with bolder shapes, and it's always a better bet to have a chassis that will suit the majority of users. Having said that, the Pulsefire Haste is extremely comfortable in hand. The mouse slops out gently and widens from the middle, and there are nice comfort grooves on the left- and right-click buttons. The hump is located towards the middle, and at 38.2mm tall, it fills out your palm quite nicely. It measures 124.2mm long, making it a medium-sized mouse that is still a bit too big to fingertip if you have small hands. 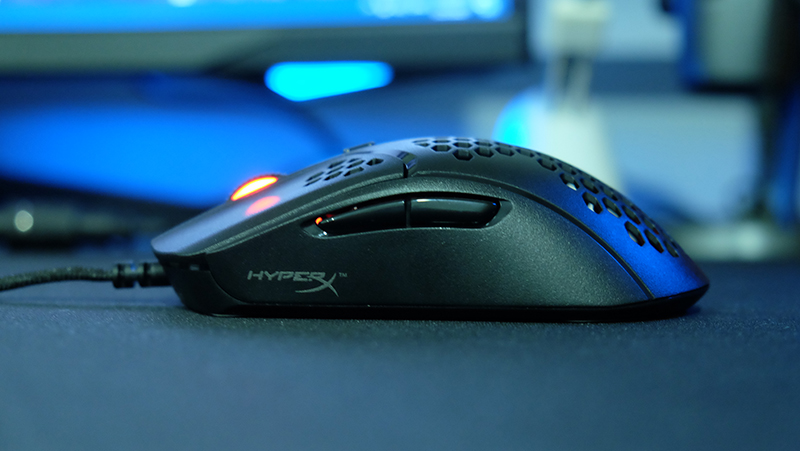 The matte surface handles sweat and grime well, and it's smooth with just the right amount of texture. HyperX has seen to include some rubberised grip tape for the sides and mouse 1 and 2 buttons, however, in case you need some extra grip.

Unfortunately, while the mouse seems well-built enough in hand, it doesn't hold up as well under closer inspection. There is some slight creaking and flexing when applying pressure to the sides, and pushing in on the top and bottom at once somehow actuates the DPI button sitting below the scroll wheel. Don't get me wrong – the Pulsefire Haste doesn't feel cheap or flimsy, nor is there any pesky rattling, but when it's going up against such strong competition, it can't afford even the smallest misstep. You won't notice these issues when gaming, but it does suggest the mouse isn't as robustly put together as it could be. 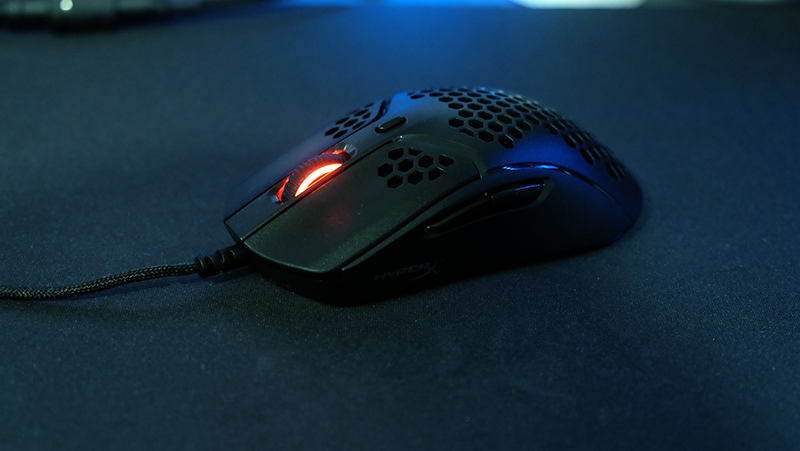 The switches are TTC Golden micro switches, rated for 60 million clicks. They deliver crisp and tactile clicks, with minimal post-travel. The side buttons don't feel as good though, and there is significant post-travel into the body of the mouse. This is especially pronounced if you actuate them from the sides instead of pressing them straight on, which tends to happen in game. It doesn't stop the button from clicking of course, but a more consistent feel would have been a big upgrade. The scroll wheel is better, offering quiet operation and clearly defined notches.

Then there's the HyperFlex cable, which is the same supple paracord-style cable that has become commonplace on many top gaming mice today. The cable is one of the best stock cables I've used, with a tight weave and great flexibility. I had no issues using it without a mouse bungee. 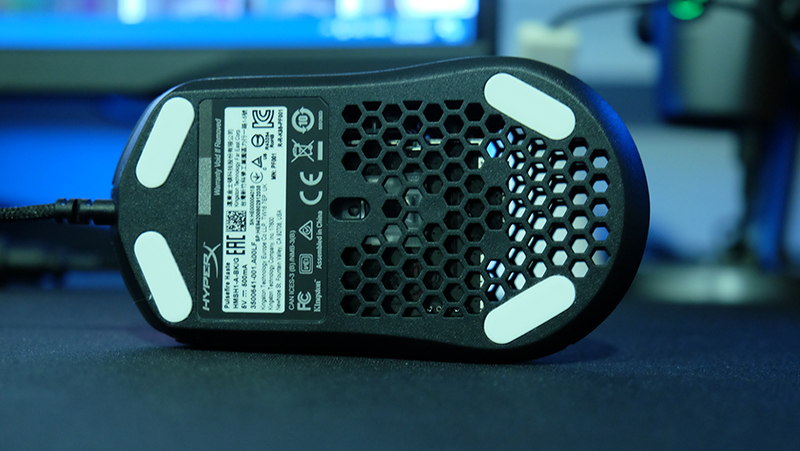 The mouse feet are pure virgin-grade PTFE, according to HyperX, taking the form of four small skates in each corner. Replacement feet have been included as well, a welcome inclusion that will save you the trouble of getting third-party skates when the stock ones wear down. These aren't Hyperglides, but the stock feet glide smoothly enough right out of the box, with no discernible scratchiness whatsoever. While I personally prefer the look and feel of larger feet, these will be good enough for most folks.

The mouse is equipped with a 16,000DPI PixArt 3335 optical sensor. This is a flawless sensor, even if its technical specifications don't quite measure up to something like the 3389. That said, it can still track up to 450IPS and is rated for acceleration up to 40g. This could be HyperX's way of reducing costs, and the difference between the two is probably not noticeable anyway. In my time with it, I didn't experience any issues and there was no acceleration or jitter. 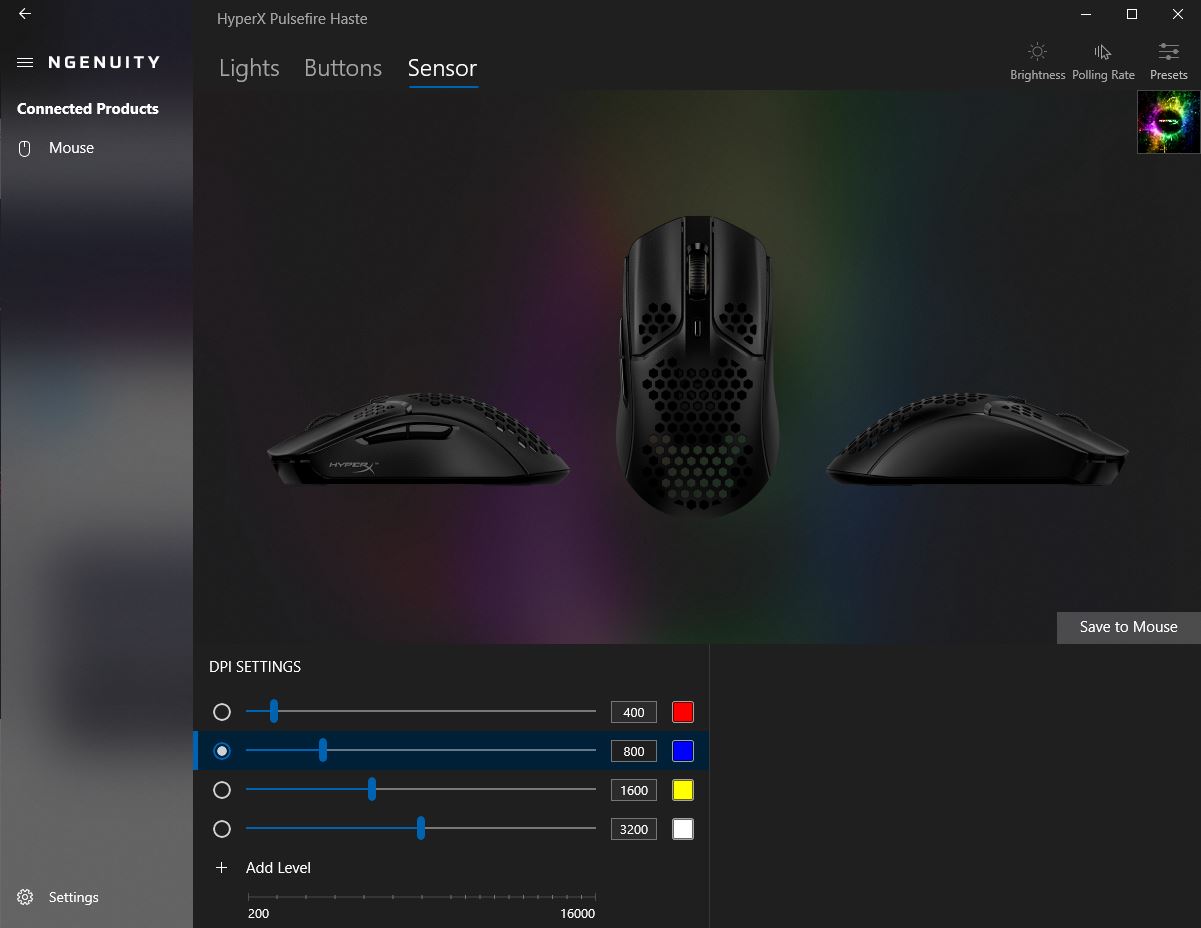 RGB lighting has been kept to a minimum and only the scroll wheel is illuminated. You can customise the lighting in the Ngenuity app, and also choose between Triggered Effects that activate when you press the mouse buttons or effects that persist. However, the available lighting selections are woefully sparse, and there seems to be only a single Fade effect for Triggered Effects and Solid, Cycle and Breathing for Looped Effects. In fact, I feel like HyperX would have been better off ditching RGB lighting altogether rather than offer this uninspiring selection.

The app also lets you set up to four DPI stages and tweak each stage in steps of 50 DPI. What's interesting is that Ngenuity is a Windows Store exclusive app, and I don't like that I have to launch the Windows Store to get it. I'm not really a fan of its interface either, but it's easy enough to use for what it's worth. 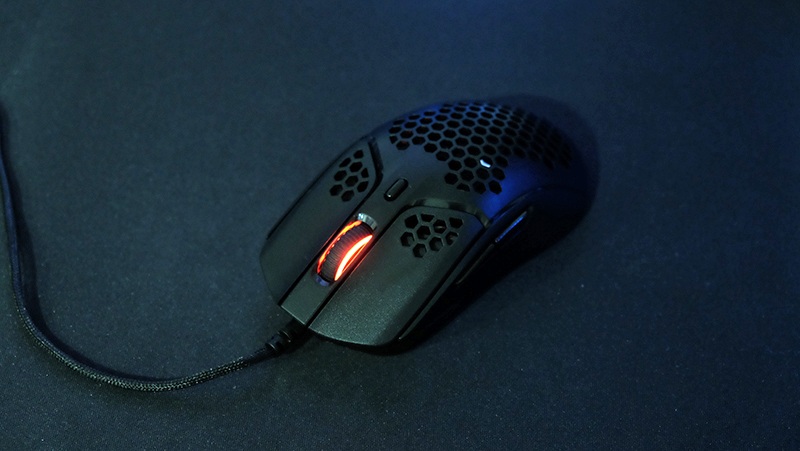 At S$79, the Pulsefire Haste delivers good enough performance at a reasonable price. But that's exactly it – the mouse is simply good enough and it's not particularly compelling when put beside competitors with better build quality or more advanced sensors and tech. Ultra-light mice are no longer revolutionary or even a novelty and gamers have come to expect lightweight and super flexible cables as a given today.

Having said that, you can't really go wrong with the Pulsefire Haste. If you want a light and affordable ambidextrous mouse that fills your palm better than the Glorious Model O, this will likely serve you well. Just don't expect to be wowed by it.

The HyperX Pulsefire Haste is available to purchase at all authorised retail outlets, including Amazon Singapore, HyperX flagship store in Lazada and the HyperX store in Shopee.

Write a Review
Compare This | Specifications
Affordable price
Safe, comfortable shape
Comes with grip tape and replacement mouse feet
Pushing on the top and bottom can trigger the DPI button
Limited RGB lighting and functionality
Too much post-travel on side buttons
Our articles may contain affiliate links. If you buy through these links, we may earn a small commission.
Sponsored Links