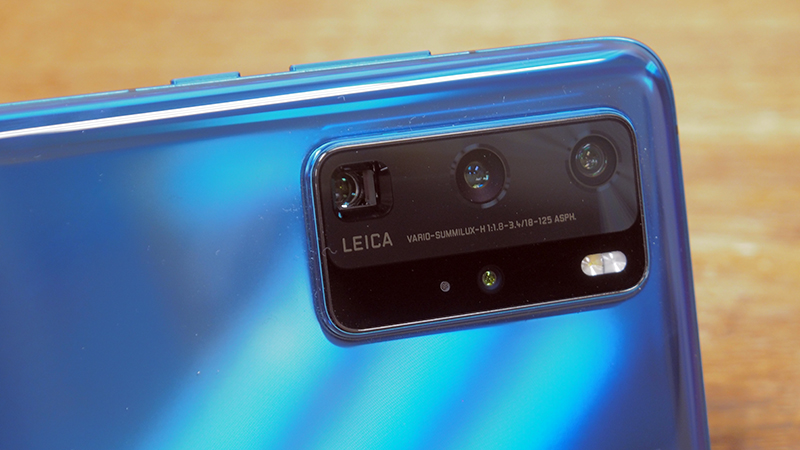 The rear camera system goes by one name on the P40 Pro - Ultra Vision Leica Quad Camera. As implied, it consists of four different cameras that automatically switch between each other, depending on the task.

The primary lens (middle of the three-in-a-row) is a 50-megapixel Ultra Vision Camera with a large 1/1.28-inch sensor that uses an RYYB colour filter array. This is the second time Huawei is using a camera sensor with RYYB filter, but it's the first time it reaches 50 megapixels imaging resolution (P30 Pro's was 40-megapixels). This camera consists of a wide-angle lens with an aperture of f/1.9 and Optical Image Stabilisation (OIS), as well as Full Pixel Octa PD AutoFocus, which means that every single pixel on the sensor supports Dual Pixel Diode AF. Conventional sensors dedicate specific pixels on the sensor for AutoFocusing.

The primary camera has 4-in-1 pixel binning, where it combines multiple photosites into a single huge 'superpixel'. With it, the P40 Pro brings higher imaging capacity with a 'total' pixel size of 2.44μm. This technique is present in late 2019 and other early 2020 flagship and non-flagship smartphone cameras as well, such as the Galaxy S20 series. What pixel-binning offers is, in short, better-looking photos even in low-light conditions, at 10 to 12-megapixels image resolution by using a high-megapixel camera (in the case of the P40 Pro, it produces 12.5-megapixel images).

The bottom camera in square housing is a 12-megapixel Telephoto Camera capable of 5x Optical Zoom with up to 125mm focal length (35mm equivalent). It's also capable of 10x Hybrid Zoom, made possible by using a combination of its camera array and digital zoom techniques to achieve high-quality images. This camera is also responsible for the P40 Pro's 50x Max Zoom feature using a combination of digital zoom, stabilization and AI (more on that later). It has an f/3.4 aperture, and it's supported by OIS as well.

What's worth highlighting is the OIS, which is further supported by AI Image Stabilisation. Simply put, telephoto shots are challenging to capture because any minor movement can result in a blurred photo, so Huawei uses a little of its AI and software capabilities to help compensate more than what OIS can. The difference is most apparent when you're comparing to the Telephoto camera on the Mate 30 Pro.

The top-most camera on its imaging array is a 40-megapixel Ultra Wide Cine Camera with an aperture of f/1.8. To trigger it, you zoom out from the default 1x Zoom to 0.5x Zoom, which in turn gives the camera the ultra-wide-angle capabilities. It has a 1/1.54-inch sensor with phase-detection AF and is primarily responsible for ultra-low light videos, ultra slow-motion videos, 4K timelapse videos, and many more.

The last camera in the Ultra Vision Leica Quad Camera system is the camera with a Time of Flight (ToF) sensor, dubbed as the 3D Depth Sensing Camera. As its name implies, the camera is responsible for accurate detection of depth in real-time, which helps to create professional-looking bokeh effects on your photos. ToF sensors were also present in the P30 Pro and the Honor View 20 phones. 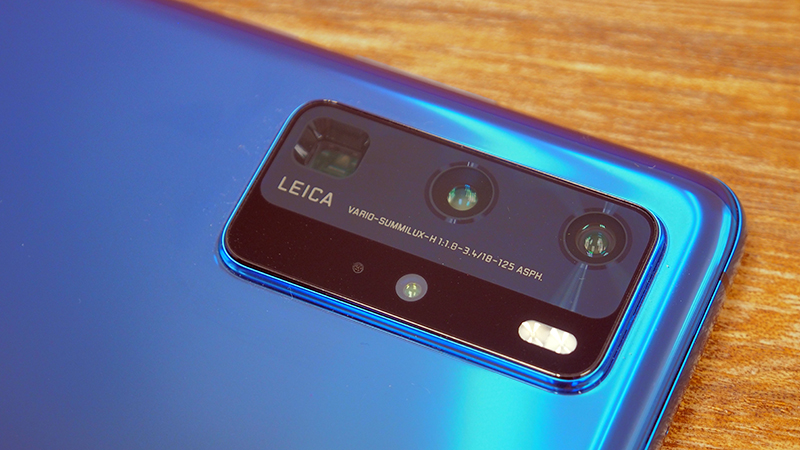 On the software side of things, Huawei introduced AI Golden Snap to make the most out of their AI-based photography programming. In a nutshell, Golden Snap is the shooting technique responsible for its two AI-based post-processing features. It recommends the best shot, or moment, from a variety of shots taken from a single snap. (If this sounds familiar, that's because Samsung's Galaxy S20 series has a Single Take camera mode that functions similarly.)

The two features that work with Golden Snap are AI Remove Passerby, which removes photobombers behind your subject, and AI Remove Reflection, which removes unwanted reflections in your photos.

It's worth noting that this is a part of EMUI 10.1 software, so older Huawei devices should be able to use these features after a software update.

So what can you generally expect from the P40 Pro's camera performance? Very frankly, smartphone cameras these days are so well-optimised and so powerful that it's getting harder to tell the quality apart in day-to-day use.

What you can expect, though, is having an easier time getting a close approximation to the type of shot you want. For example, the combined OIS and AIS make it far more comfortable now to shoot at 50x Zoom. Octa PD AF would make it easier to pick a focus area on your photos. The combination of pixel-binning and additional cameras makes low-light shooting far less challenging than it used to be. Much of these manipulation depends on the phone's ability to 'know' which lens(es) works best under the right situations, and we must say the P40 Pro does an excellent job at combining cutting-edge smartphone camera hardware with top-end programming worthy of the Leica branding. What Huawei has also done was to cut back on some of the Professional mode settings, making the controls easy to understand as well.

Below is a test shot was taken with the P40 Pro using our standard lab chart. 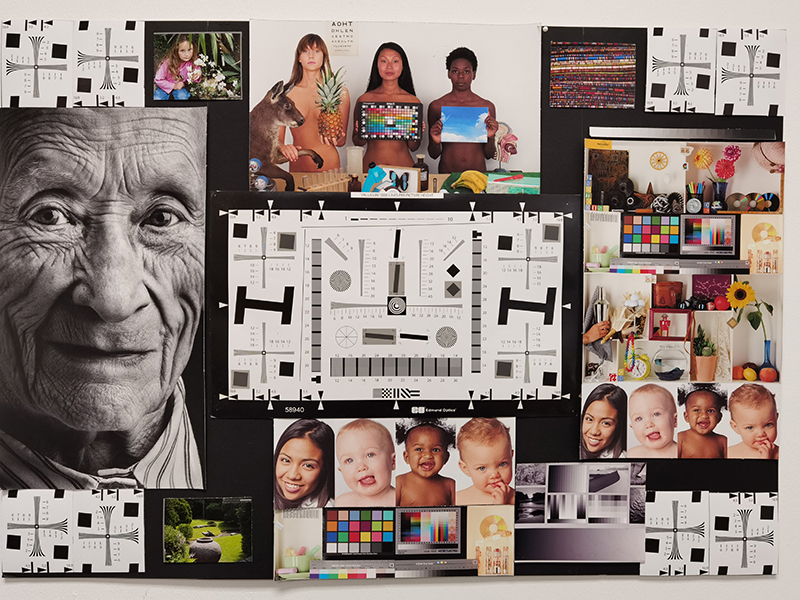 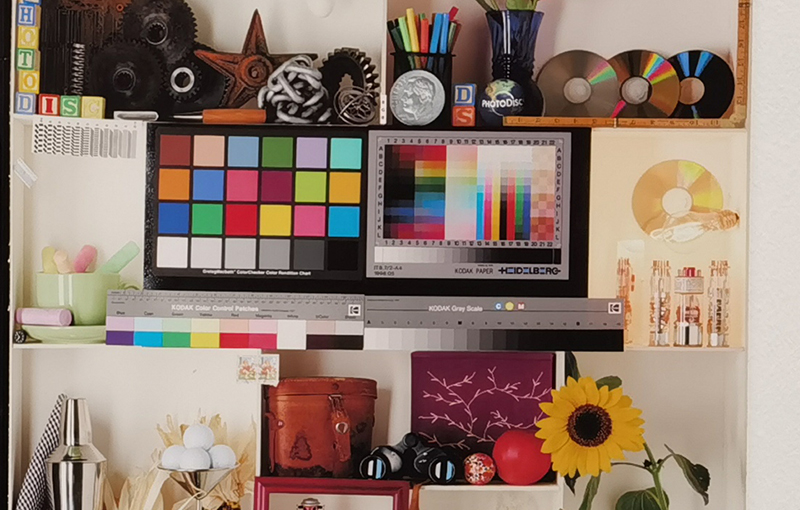 And here's a quick snapshot at the camera's outdoor performance with respect to the phone's zoom capability:- 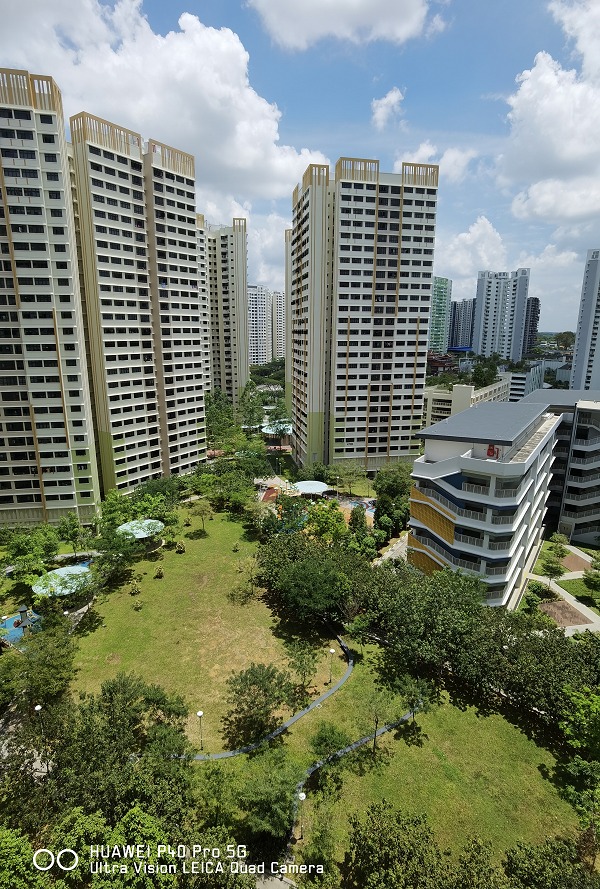 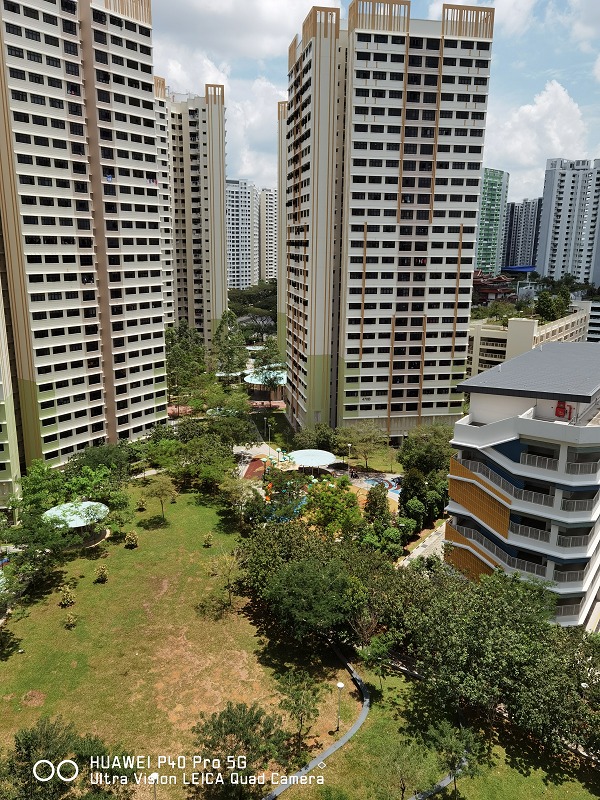 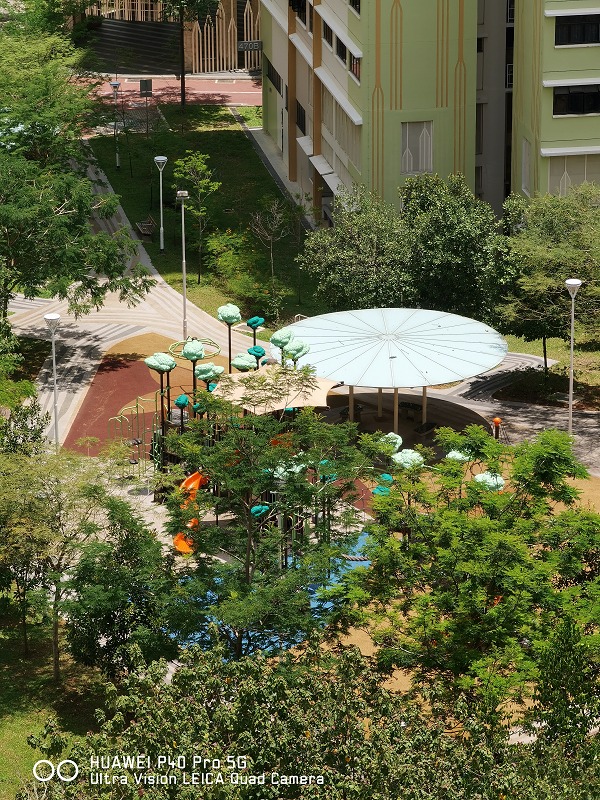 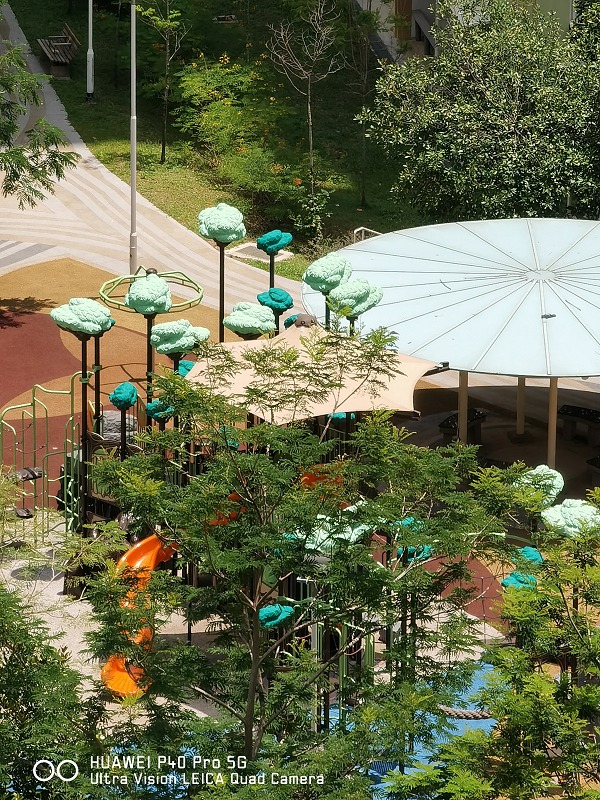 Folks have always loved the P series phones for its ability to reproduce colours with such life-like qualities. Noise is kept to a minimum, with great control for details like faint outlines and individual petals on a sunflower. The OIS does an excellent job at maintaining sharpness, but it's hard to say if feels all that different from other flagship smartphone's cameras. If you're a casual shooter buying a smartphone with huge emphasis on rear camera performance, the P40 Pro might spoil the market for you.

Normally, we would trawl around to gather much more comparison shots to dissect the imaging prowess in more detail, but given the current Covid-19 situation, it's best to minimize movement. Still, we'll make updates to this page when more opportunities present themselves.